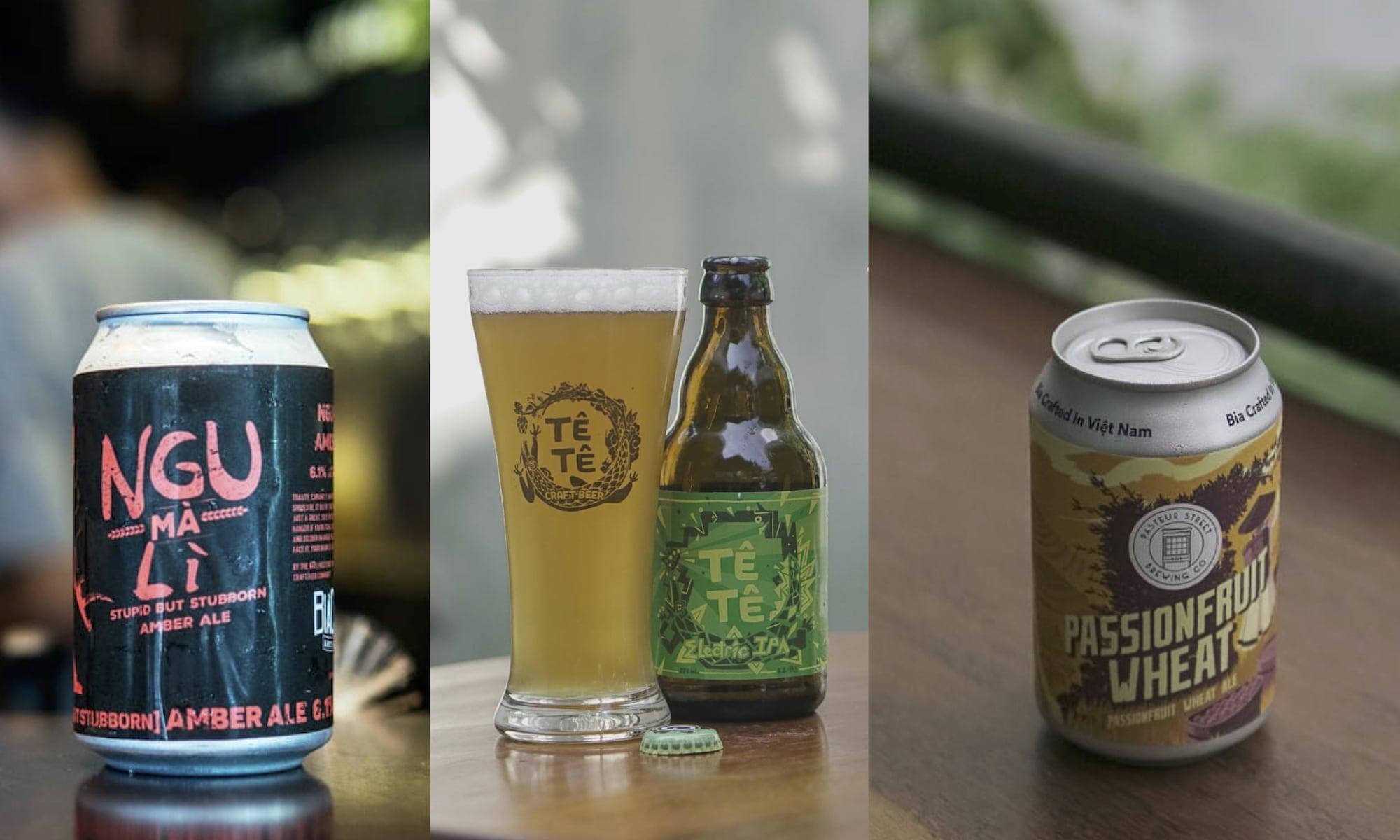 With hundreds of different kinds of craft beer options available in Vietnam, knowing what to try first can be an intimidating experience. To help guide you in the right direction Vietnam Craft Bia asked three local head brewers to deconstruct each of their favorite craft beer recipes.

Nobody knows craft beer better than the people who make it. As Vietnam’s craft beer industry continues to grow, many consumers are in need of an entry-point for further exploration. We meet with the head brewers from Tê Tê Craft Beer, BiaCraft Artisan Ales, and Pasteur Street Brewing Co. to see what beers are their personal favorites.

Boasting three of the city’s most climate-adjusted beers, Tê Tê’s trio includes the White Ale, Electric IPA, and Mellow Red. When asked which was his favorite recipe, head brewer Luis Martinez was quick to answer the “Electric IPA”.

“The Electric IPA has a complex taste profile but it isn’t overwhelming. It has a medium body and is very light in bitterness for an India pale ale, which makes it an ideal IPA for Vietnam’s tropical climate. What stands out about our Electric IPA is the unique combination of hops which blends well together,” Luis smiles.

“The character of the beer comes from the fresh Vietnamese lemon zest and combination of five hops from both America and New Zealand. The American hops are the most pungent and resinous bringing notes of flowers and citrus, enhanced by the tartness of the lemon zest.

The hops from New Zealand bring a juiciness and tropical fruit aroma to the aftertaste. The medium body helps balance the bitterness of the hops via specialty malts from Germany which also adds to the beer’s light orange hue.

Where to get it:
BiaCraft | Vicolo1 | Broma

BiaCraft Artisan Ales was one of the earliest microbreweries on the scene and is home to the widest selection of craft beer in Vietnam. Aside from serving their own craft beer, BiaCraft stocks beer from most local breweries in Vietnam as well as a wide range of American imports.

We sat down with head brewer Doug Morgan to learn more about why he chose the BiaCraft Stubborn But Stupid Amber Ale as his favorite out all of the recipes in the brewmaster’s cookbook.

“The Stubborn But Stupid Amber Ale was inspired by the early New England craft brewers in America. What makes this beer special to me is the characteristics of the malts rise above the hop profile.” Morgan remarks.

“Our amber ale is a subtly midwestern amber with roasted caramel and a crisp and clean kick of English and East Coast American hybrid hops. This beer is malt-forward and the hops are not the star of the show this time,” Morgan explains.

Many view Pasteur Street Brewing Company as the brewery that helped to put Vietnam on the map as a global craft beer destination. Their brews typically include American hops and European malts, with local Vietnamese ingredients.

“I like the Passion Fruit Wheat Ale because it’s simple, fresh, and crushable. Despite all the recipes we’ve managed to come up with, the passion fruit wheat is hands-down still one of my go-to beers,“ says Dave Byrn.

“The recipe for this beer calls for pilsner and wheat malts, a little bit of hops and a lot of passionfruit. This brew is built on an approachable, unobtrusive base designed to showcase the juicy tartness of the passion fruit. It’s also very low in alcohol (4%) which means that you can drink it all day. The Passion Fruit Wheat Ale is specifically designed with sultry Saigon weather in mind.