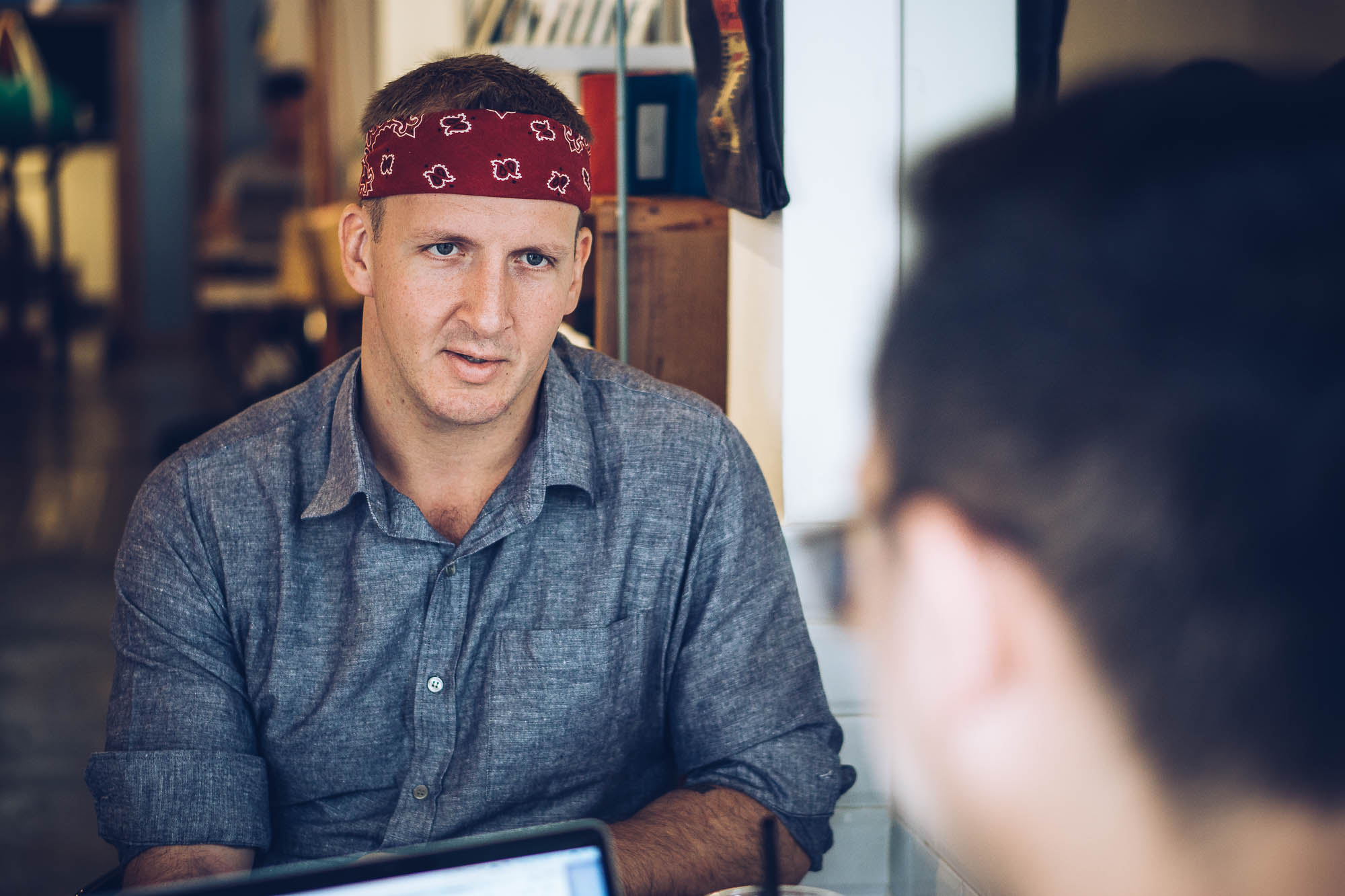 We meet with Sonny Side, the personality behind the fast-growing YouTube food-themed channel, Best Ever Food Review Show, to get the full dose on why he’s decided to base himself in Vietnam to produce his ever-growing viral foodie videos.

You can also follow the Best Ever Food Review Show on their Facebook page, where the channel has nearly 300,000 followers and as many as 10 million views on its videos.

What brought you to join the growing creator community in Vietnam?

While I was still in Korea, I traveled to Vietnam for eight days to shoot a few episodes for Best Ever Food Review Show. While I was here, a friend of a friend introduced me to Andrew Fraser, the marketing director of a local travel company. After working together on a few shoots, they offered me a full-time role as their video producer. 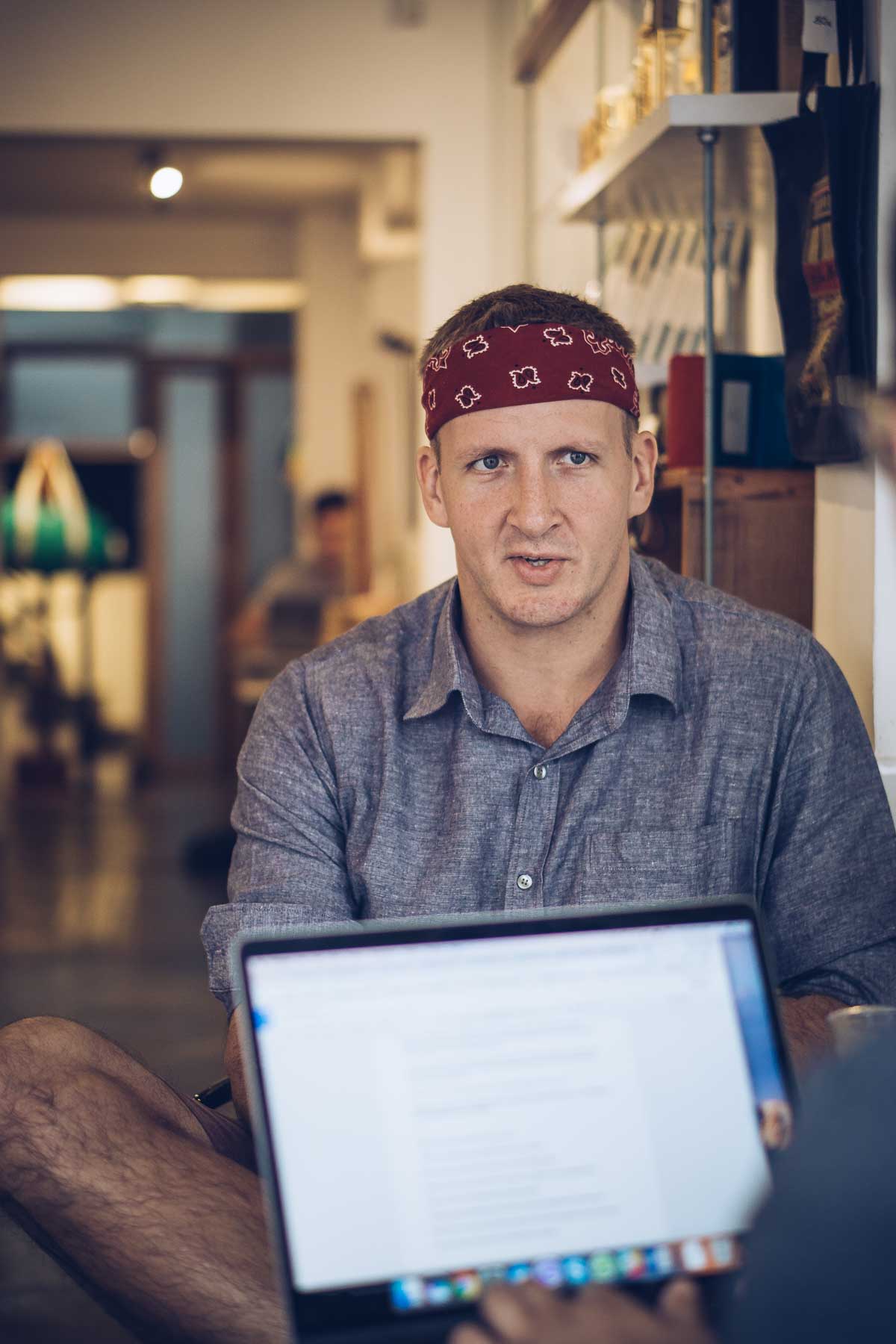 Overall, Vietnam is a great place to be. I was starting to feel like it was time to move on from Korea. I wasn’t sure where would be my next stop, but the trip to Vietnam helped me find my new home.

There were a number of things going for Vietnam. Flights out of Vietnam are more affordable and accessible to the rest of the Southeast Asia region. You earn less in Vietnam, but also spend less. On balance, it’s the same. But more importantly, there’s a lack of high-quality English YouTube content in Vietnam. There’s tons of English YouTube content out of more popular destinations like Korea and Thailand. While I was in Vietnam on my first visit, I saw the potential of Vietnam as an up-and-coming country, with its economy and tourism industry quickly growing. 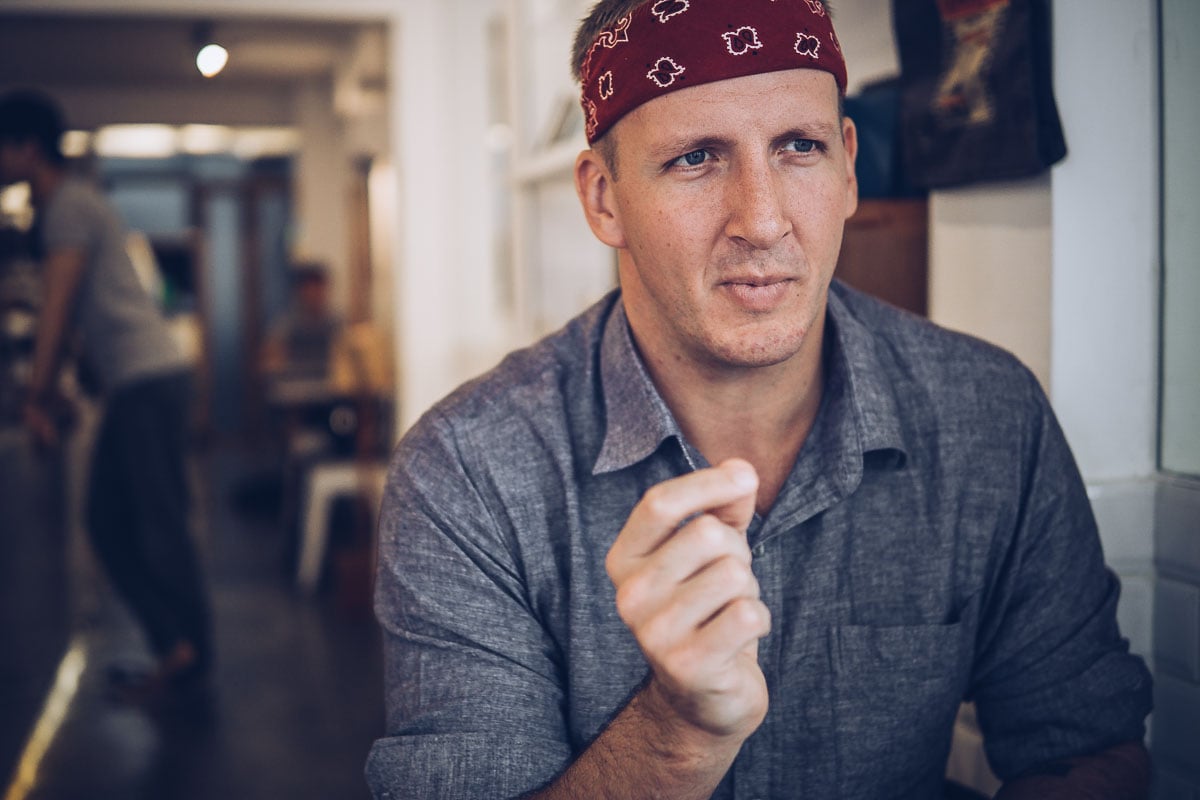 There is a need for higher quality video content, specifically for travel. Ultimately, I’d love for the Best Ever Food Review Show channel to cover every region. I love being based here to make the content, as traveling across the region is easy. In Ho Chi Minh City alone, there are at least 20 more stories to shoot.

What sort of new content can your followers expect to see from the Best Ever Food Review show?

I’m in the editing stage of six-episode series from Guangzhou, China. Tons of crazy stuff I’ve never tried before. One of the episodes is about geoduck, a big sea creature that is a delicacy in China. We also shot some footage on a four kilogram sized snake. A lot of the upcoming content from this series is also just normal good food from the Canton region of China. 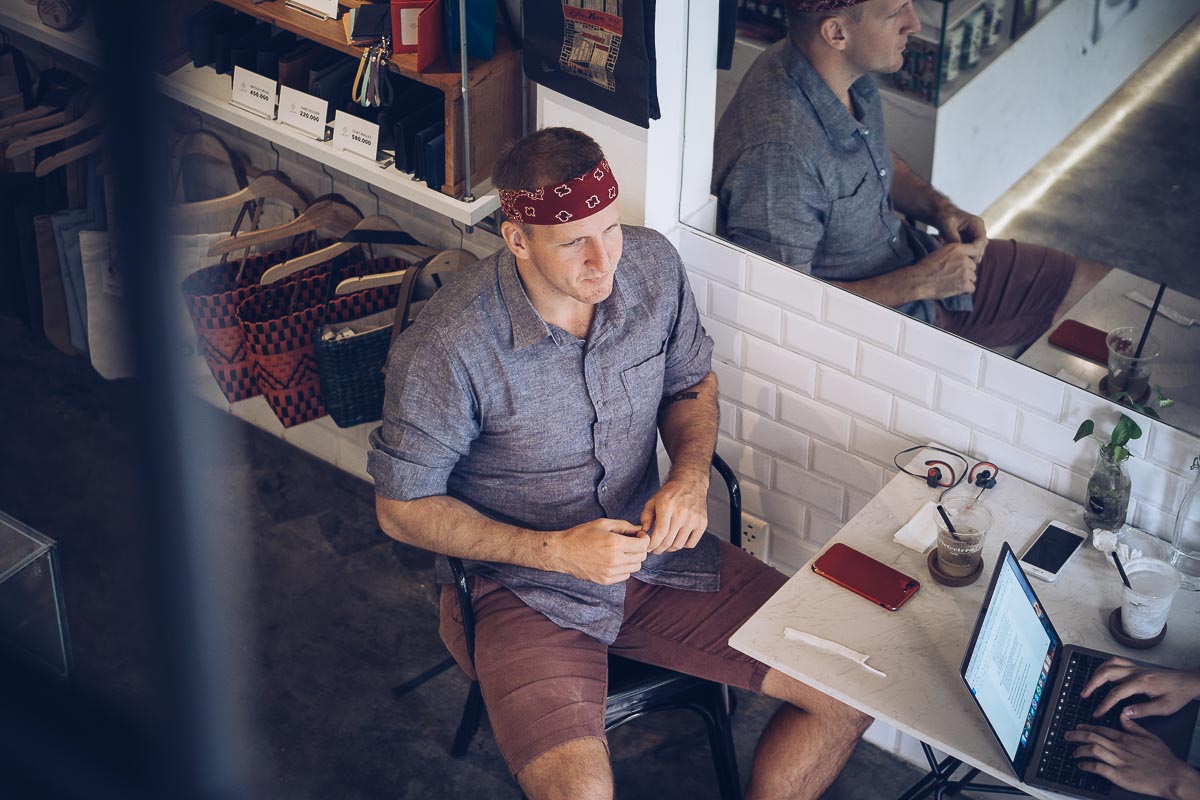 We also just came back from some shooting in the Mekong Delta in Vietnam. Some footage features the floating market and a way to cook a chicken inside a big ball of mud. Yes, you read that right!

Which video is the most meaningful to you?

The illegal floating fruit market in Ho Chi Minh City is my top pick. I’m drawn to stories that are off-the-beaten path, insightful from a cultural point of view, and carry some emotion. But my followers don’t always want to watch sad videos. Most want to watch entertaining or happy videos that help them forget about work.

What I like about the video is that I was able to take comedy as a hook, to get interest in the video, and have space to talk about the reality of the market vendors’ plight and struggles in a relatively seamless way. After publishing the video, I got some good feedback about the story. I didn’t expect that.

What are the most unusual and tastiest foods you’ve tried?

Eating a whole live octopus in South Korea. It tastes great. It’s a just a bit odd, because you’re chewing something to death. I’ve also tried fire ants in Cambodia. They taste like sour green apple and lime.

Also, trying stinky tofu in Taiwan was a pivotal video for me. It was one of the most difficult videos I’ve produced. I couldn’t sleep the night before. Andrew Zimmern from Bizarre Foods couldn’t keep it down when he visited Taiwan. And he’s the weird food guy. I found the same place ten years later.

The best description of the experience is that it smells like intense rotten trash on the sidewalk when it’s hot and humid outside. Multiply that by 100 and it’s in your face. But if you’re familiar with Taiwan and acclimated to some of the taste of tofu generally, it’s actually quite good.

Generally speaking, look out for what there is to like and enjoy it. It’s easy to be dismissive. You have to dispel it. With that said, of course, there’s stuff I don’t like. I had to get in the right mindset to eat the stinky tofu.

And with that mindset and after speaking with a few locals, I was able to understand why Taiwanese people can appreciate the flavor. I changed the way I thought about food because there’s virtue in anything we eat. If there are millions of people eating it, there must be something special about it. I’d rather not categorize anything as weird, disgusting, or gross.

The tastiest food I’ve tried is sisig in the Philippines. It’s got bits of pig head parts, butter, and oil in a hot plate. Throw in some onions, green peppers, and calamansi. It’s one of the best things I’ve had. Flavorful and rich.

‘Chuoi nuong’ (grilled banana) with coconut sauce is also one of my regional Southeast Asia favorites.

What are your top picks for eating out in Ho Chi Minh City? Where can people spot you?

I’m constantly trying different stuff for my show. It’s a mix of Vietnamese and international restaurants. Oc Dao, which serves up some of the best snails and seafood in the city, is one of my top picks. Then there’s a banh xeo restaurant that I like to drop by often. Chicken banh xeo specifically, not the usual shrimp and pork. As for specific flavors, I really like mam tom, or fermented shrimp paste.

When it comes to the international food scene in Ho Chi Minh City, I like Sancho’s Craft Beer & Mexican Kitchen. Love Mexican and cheesy foods. There’s also a place called Nonla Guys. They serve up a Mexican and Korean fusion in a casual spot. The customer service there is spot on. 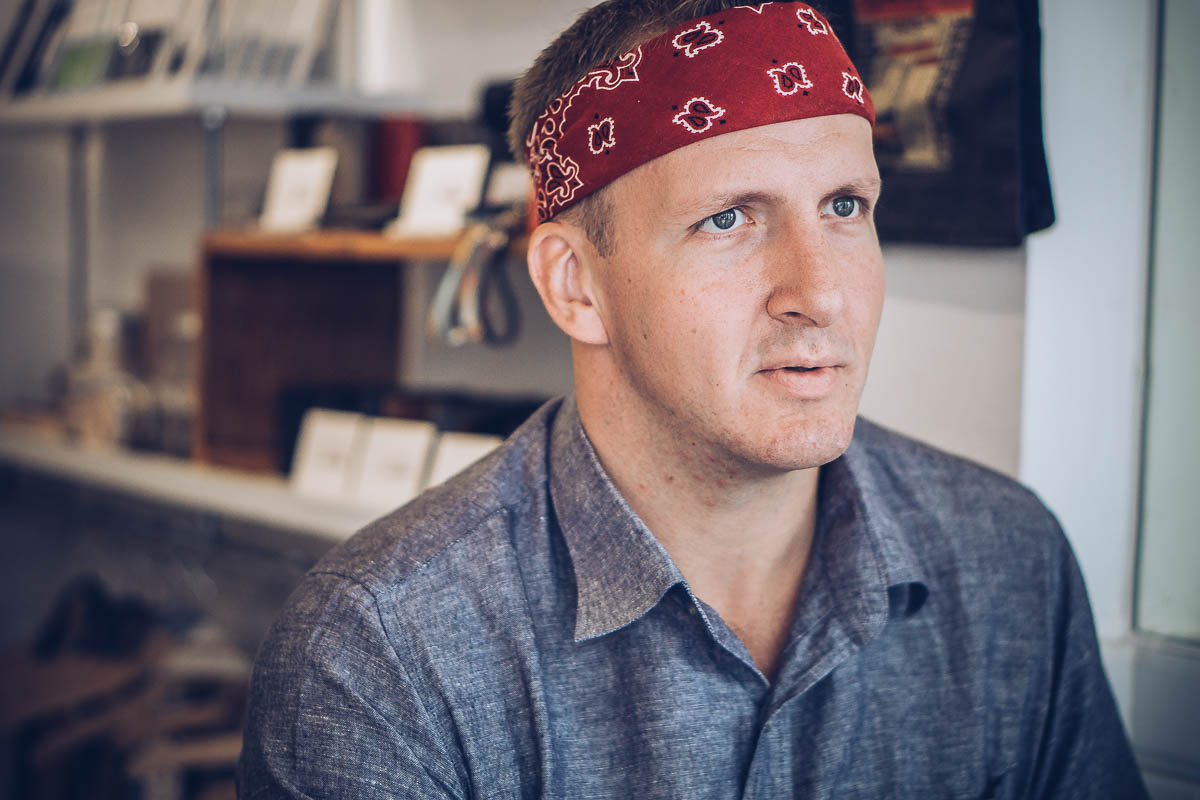 Korean food in Ho Chi Minh City is also top notch, like Boom Dak, a chicken and cheese specialty restaurant on Le Quy Don. Kyle Le introduced me to it.

Based on your YouTube videos you travel a lot. Where are you headed next?

I’m heading back to the Philippines. The channel’s Filipino fans are loyal and supportive. Many of my other followers ask if my channel is just going to pander to them? Yes, of course, it is. Before the year’s end, I’ll be going to Palawan to shoot some new foods that I haven’t tried yet. 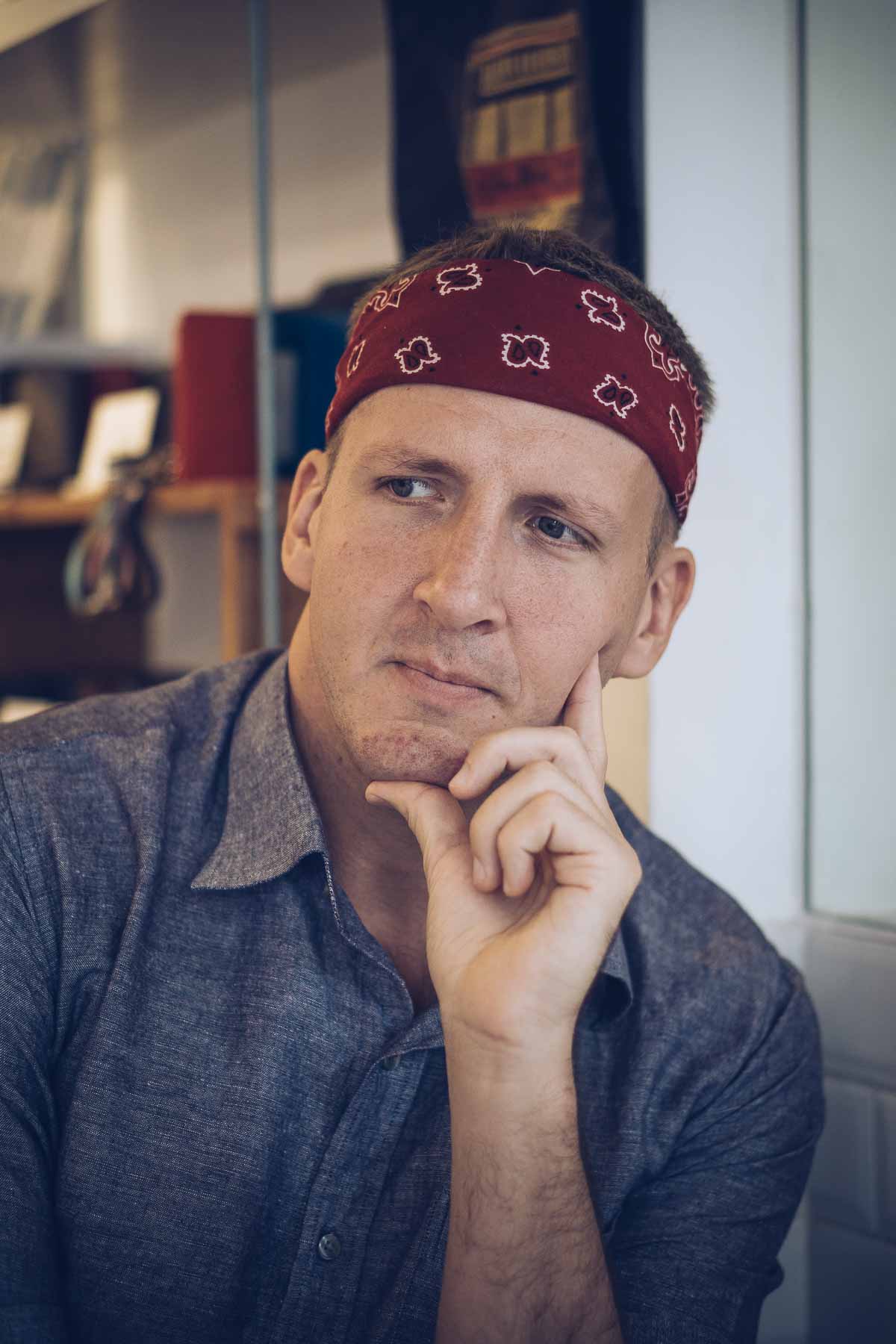 I’m also always interested in going somewhere more wild, a change of pace from just shooting in the big cities. I want to go somewhere like Laos or Thailand countryside and eat their stuff. I want to see and document countryside living, the food, and the story behind it all. Countryside people are always supportive and not necessarily interested in ripping anybody off. People that take advantage of foreigners are ones that are able to observe a pattern of tourist behavior. If you just roll up to somebody in the countryside, chances are they’re just surprised to see you in their neck of the woods.

What are some interesting bits about Sonny and the Best Ever Food Review Show that people don’t know about?

It’s a food show, but sometimes it’s not just about the food. In fact, my least favorite part of filming each show is taking a bite out of the dish we’re profiling and explaining it. My favorite part is telling the story of the food and making it comedic and entertaining. The goal is to always make the most entertaining video as possible, not the best foodie video.

I know this is going to be hard to believe, but I’m not really a foodie. If I was left to myself, I would drink beer and eat nachos. But what this show and my camera gives me is a purpose. If I go to the Mekong Delta and eat rat with a family, my friends would consider me to be insane. If I have a camera crew with me, I’m documenting culture.

I’m a renaissance man when it comes to video. I edit and touch up, host and produce, and direct and shoot. I’m doing whatever it takes. I’m not just showing up and being the host.

Where do you hold your follower meetups? What sort of people comes out for them?

I’ve only hosted one meetup, on my last visit to Manila. Twenty people showed up. It’s amazing to think that twenty people showered in the morning, put on some clothes, and traveled through horrendous midday Manila traffic just to meet me. That’s a huge honor. All of them were big fans of the show, warm and friendly. I’d like to do one in Vietnam eventually. 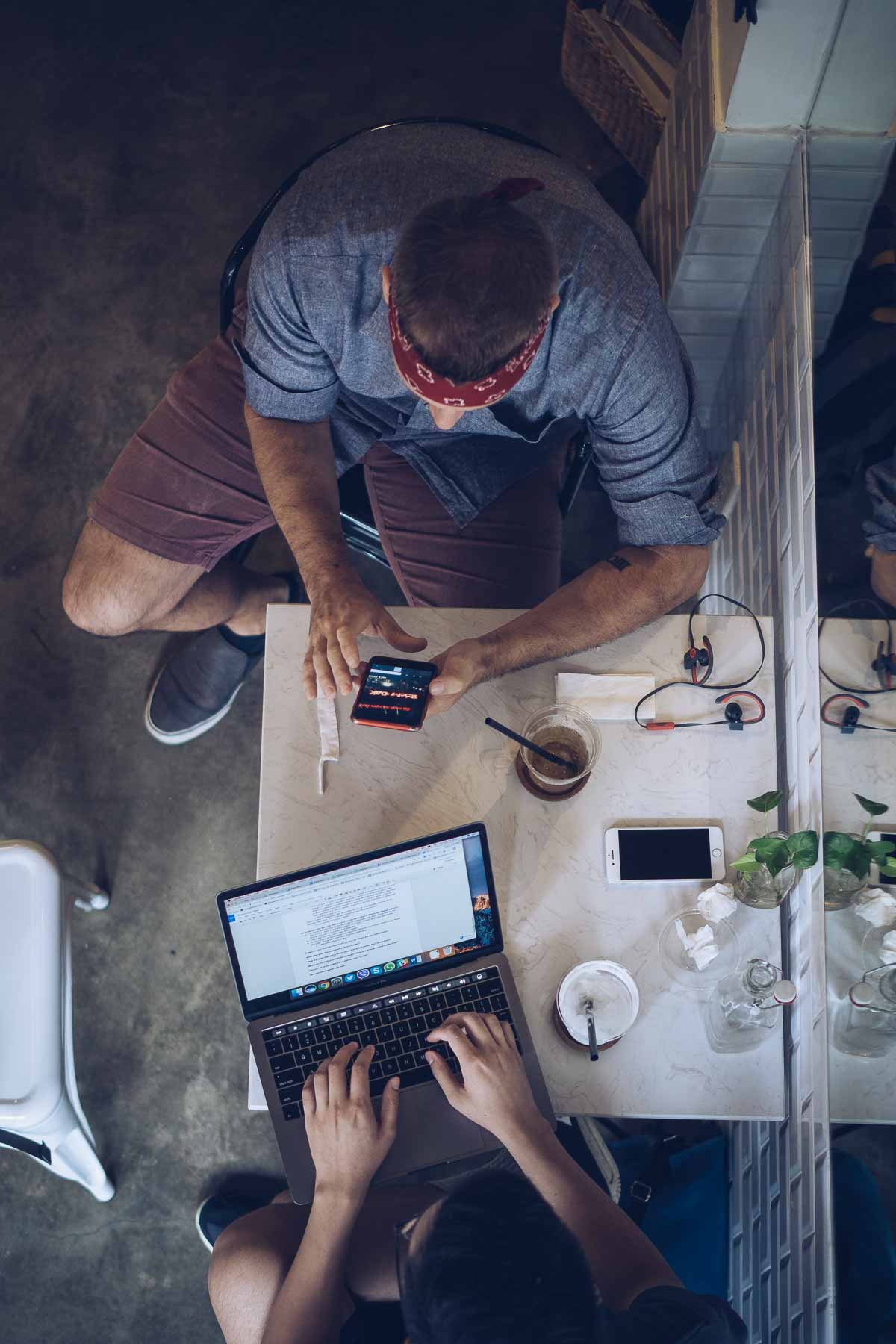 What gear are you shooting with?

My main camera is a Sony PXW-FS5. It’s more camera than anyone needs for travel and food shooting. It’s actually not even recommended. It’s too big. But it is a proper video camera. I also carry a Sony UWP-D11 wireless mic setup. A simple $5 shoulder mount. And a long and wide lense. No tripods. A few GoPros occasionally for action shots like on a motorbike. My crew likes to keep it as light and nimble as possible. Oh and there’s a Mavic drone that I like to use.

Can you tell us more about who watches videos from the Best Ever Food Review Show?

40% of my YouTube channel subscribers are American and 10% are from the Phillipines. Rounding out the top countries are Canada and Vietnam. Most of the viewers are between 25-35 and are interested in travel and food. Most of the audience is culturally savvy and open-minded, given the comments and support from the channel’s followers. 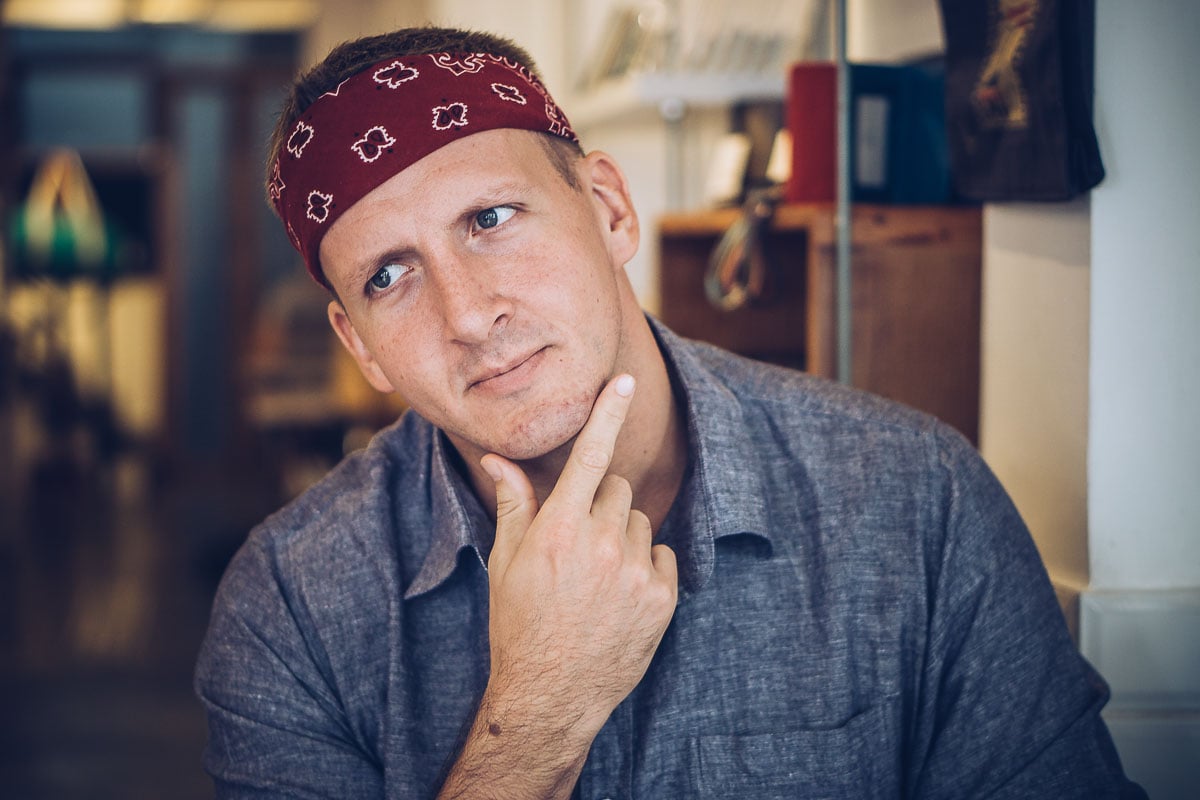 In Vietnam, the only YouTuber that I know well is Kyle Le Dot Net. The other notable, international YouTuber based in Vietnam is Helen from the channel Helen’s Recipes. I’ve never met her, though she’s quite well known among Vietnam’s YouTube circles.

We profiled Kyle Le Dot Net in a previous feature on Vietcetera. Check it out to learn more about his journey in Vietnam as a YouTuber.