Don't Throw Away The Oyster Shell

What if we told you that the oyster shell is not meant to be thrown away but makes a third of the mollusc’s value? 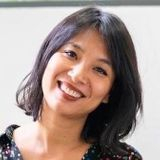 What if we told you that the oyster shell is not meant to be thrown away but makes a third of the mollusc’s value?

We land in Ha Long airport on a beautiful autumn day. The sky is clear and the bay is calm as a sheet of glass. Traveling for an hour by car and then for another forty five minutes by boat, our imagination doesn’t prepare us for the otherworldly beauty of our port of call.

We are here to visit oyster-farming facilities operated by BIM Group, an established name in Vietnam’s seafood industry. Now try and envision an oyster farm. What does it look like? If you are struggling because your “relationship” with bivalves is limited to brunch buffets and supermarket freezers, you are not alone.

How does one establish the best oyster farm in Southeast Asia? Just let nature do her job.

When a female oyster produces a large quantity of eggs or is fat enough, it turns milky-white, giving the mollusc its Vietnamese name, hàu sữa (milk oyster). Native to the Pacific coast of Asia, the Pacific oyster has become an introduced species in North America, Australia, Europe, and New Zealand. Since 2006 they have been farmed in Vietnam.

Oysters are hung in batches and suspended in seawater. Once they reach size – a process that takes from nine months to a year – they are harvested. At BIM Group’s farm, the water is sampled every week for traces of heavy metals, bacteria or potassium compounds. If the presence of toxic algae is detected, the harvesting process stops (this is the only oyster farm in Vietnam monitoring algae levels.) It certainly helps that locals, many of whom are employed at the farm, support BIM’s efforts to keep the bay clean and don’t throw trash overboard.

As they are farmed in their natural habitat, oysters are able to adjust to changes in water salinity and temperature without human interference, so this phase of the farming process is not very labor intensive.

We are here to witness the "fruit picking" stage of the oyster farming cycle. Balancing on bamboo rafts, surrounded by majestic scenery of Ban Sen with Ha Long Bay mountains as a dramatic backdrop, we watch clusters of glistening oysters being pulled out of the water. The poetry of the moment is moving. Suddenly, oyster is not an alien-looking creature but a treasure.

How are oysters born, anyway?

As hermaphrodites, oysters determine whether they are female or male. So from the outside, you can't tell. Many farms choose to breed oysters unnaturally by forcing oysters open to dissect the eggs and sperm. On the farm we visited, oysters were born in the wild. Mum and dad oysters are placed in the same tank (and when mothers are mistaken as fathers, it causes a slight delay as they are replaced). Under ideal conditions, the oysters will begin to produce larvae.

Jay, a Filipino scientist who has lived in Vietnam for 12 years, spends his time in a lab glued to a microscope observing larval development. Sometimes he stays up all night. Once larvae have grown eyes and legs, it's time to place oyster shells into the tank with the larvae. Larvae will then cling to these pre-knit clusters. Next, they are moved to the farm where they will remain until harvesting.

Usually, after slurping up the salty liquor and the delicate morsel of the oyster, you discard the shell. A waste of a valuable commodity, as it turns out, as those seemingly useless shells are actually of great value to those in the oyster farming industry.

One oyster can shoot out a million eggs at a time. Finding enough oyster shells for the hundreds of thousands of larvae to attach themselves to is not an easy task. And a reason why other farmers might choose to cut corners and let larvae colonize car tires or cement poles. If, when eating a raw oyster you taste or smell something unnatural, it can be a cement residue.

According to BIM Group’s factory manager Nhung, they watch oyster shells like they would watch gold: security at the factory would put Fort Knox to shame, with CCTV cameras everywhere.

A job mostly done by the elderly workers, shell cleaning starts daily at 4:00 am. Oyster shells are only recycled once, but considering that each can house up to ten larvae at a time, after just one year a string of 10 oyster shells can become a string of a hundred.

Oysters have been around for 180 million years, but humans developed a taste for them only in the Stone Age, around 5,000 years ago. Roman Emperors imported oysters by boat from England, paying for them in gold. Meanwhile, China was probably the first country to start artificially culturing oysters and crushing their shells for use in traditional medicine.

In Vietnam, oysters are still a novelty. 16 years after the first Pacific oysters from Japan were brought to be cultivated here, oyster farming has become an important industry supporting many locals in Ha Long Bay. There are over 200 hectares of industrial and privately-owned oyster farms in the country and their number is quickly growing.

Collecting and reusing oyster shells has allowed BIM Group to establish one of Southeast Asia’s leading farming operations with sustainability at its core. From seeding, raising and harvesting to processing and bringing the bounty of the sea to the market, BMI not only creates jobs, but also ensures that Vietnamese consumers have access to some of the freshest seafood in the region.

Speaking of consumers: if you want to become a link in BIM Groups’ sustainability chain, next time you’ve enjoyed a fresh hàu sữa, consider recycling the shell.