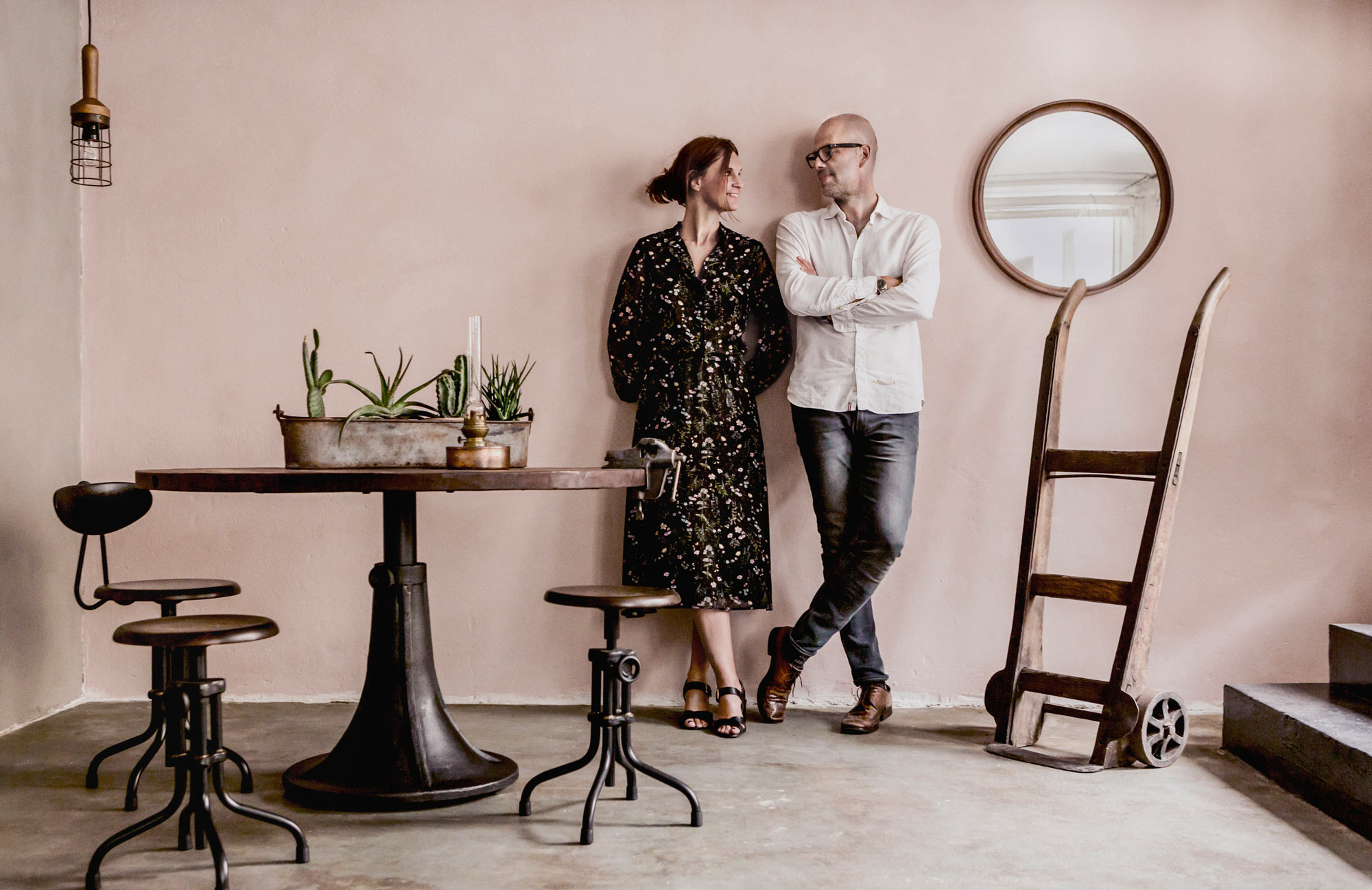 The pair first stumbled across District Eight’s furniture in Ho Chi Minh City’s original concept store, L’Usine, on a one-day stopover, in 2014. Today, they’re doubling down on their collaboration with the geographically far-flung, hitherto unknown Vietnamese brand. And they’re supplying Scandinavian consumers who are spoilt for choice. With a range of brands, headlined by the likes of IKEA and several strong Nordic high end brands, there’s little reason to venture outside of the region to find products that fuse design, value and function. 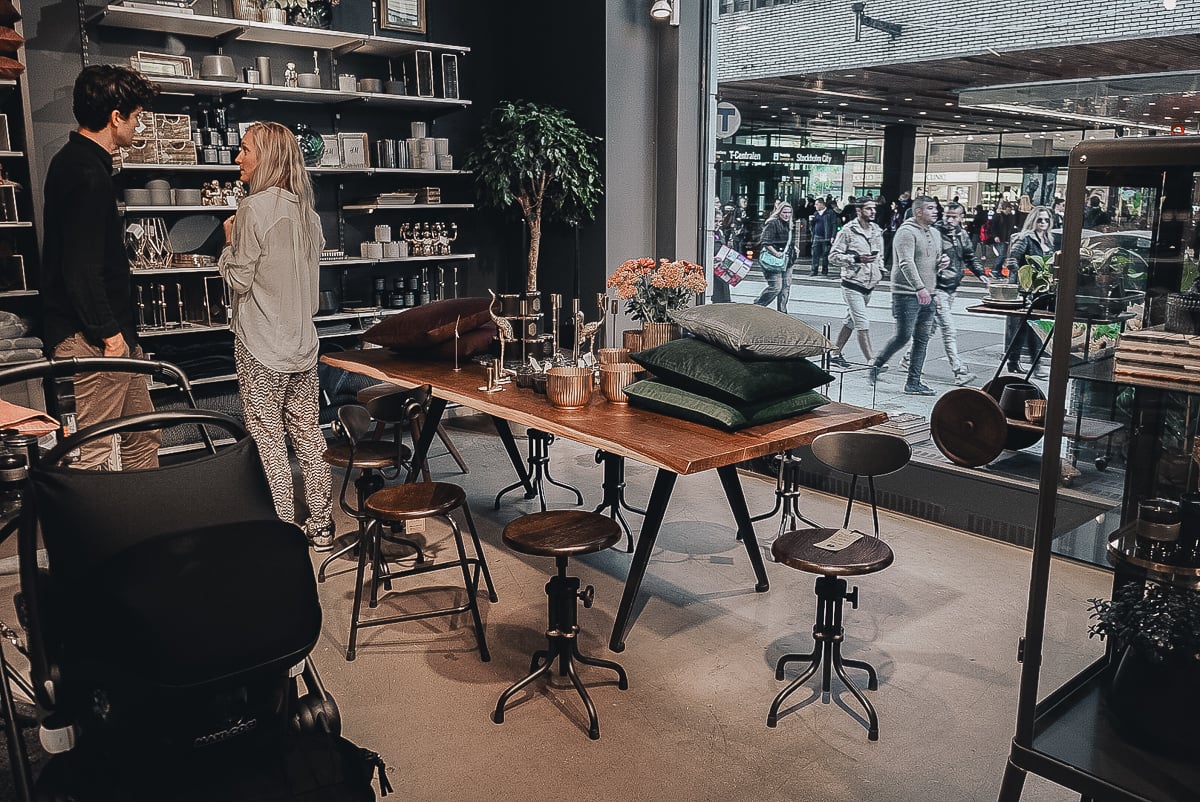 So, in an effort to understand their relationship with District Eight, we met with Jörgen and Sara at their pop-up shop in downtown Stockholm. There, we discussed what the demand is like for products with a Vietnamese backstory in one of the hottest and most competitive furniture markets in the world.

How did you end up in the furniture industry? What did you two do before that?

Sara: We both started our careers in completely different professional industries. Jörgen worked as a wholesale steel trader. His firm bought steel from big mills around the world and sold it to various heavy industries. On the side, Jörgen sought out vintage collectibles and art.

Jörgen: We’ve had a general interest in interior design for some time. But we had never been in the furniture industry before. Sara worked in the media industry for twenty years, most notably with the Discovery Channel. We’ve always looked forward to what’s next. We’re curious when we travel and we have a bit of entrepreneurial energy.

When did you realize that this would become more than a hobby?

Sara: This really started when we took a van down to continental Europe, visiting markets along the way and selecting vintage pieces. We left our previous careers in an effort to focus on something that is emotionally important to us. We want to collaborate with people who want to understand the story of the products they engage with. 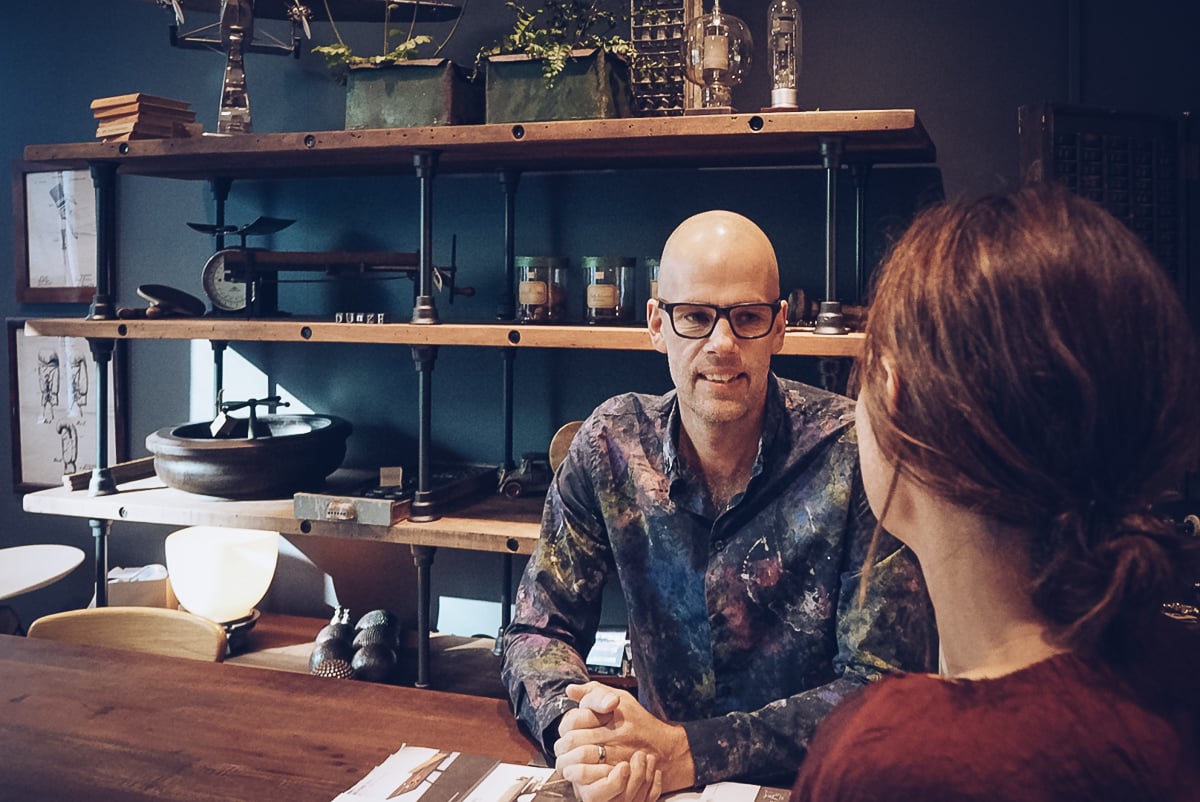 Our experience doesn’t come from decades of selling furniture, but rather from starting a family and regularly buying pieces for our home. Even here at our shop, the hope is to make this space feel like a home. In Sweden, we’re competing in a market where we have IKEA, a company that has furnished every Swedish home since 1950. And here in Sweden, people generally spend a lot on interior design. Why? Because our cold season is so long, the home is very important. Either you spend money to travel, or you spend money on your home. At Dunke Design, we think about the home and how it relates to the needs and wants of a typical Swedish family.

Tell us about the unexpected surprise of encountering District Eight. What led you to them?

Jörgen: During our trip to Vietnam, we only spent one day in Ho Chi Minh City due to our flight schedules. We didn’t do much research in advance. We just remember that it was lunchtime and we stumbled into a nearby cafe, which happened to be L’Usine on Dong Khoi. When we stepped inside we were astonished. We loved the atmosphere. There were so many interesting elements — the smell of the wood and the intriguing mix of cafe and lifestyle store, and of course the furniture. 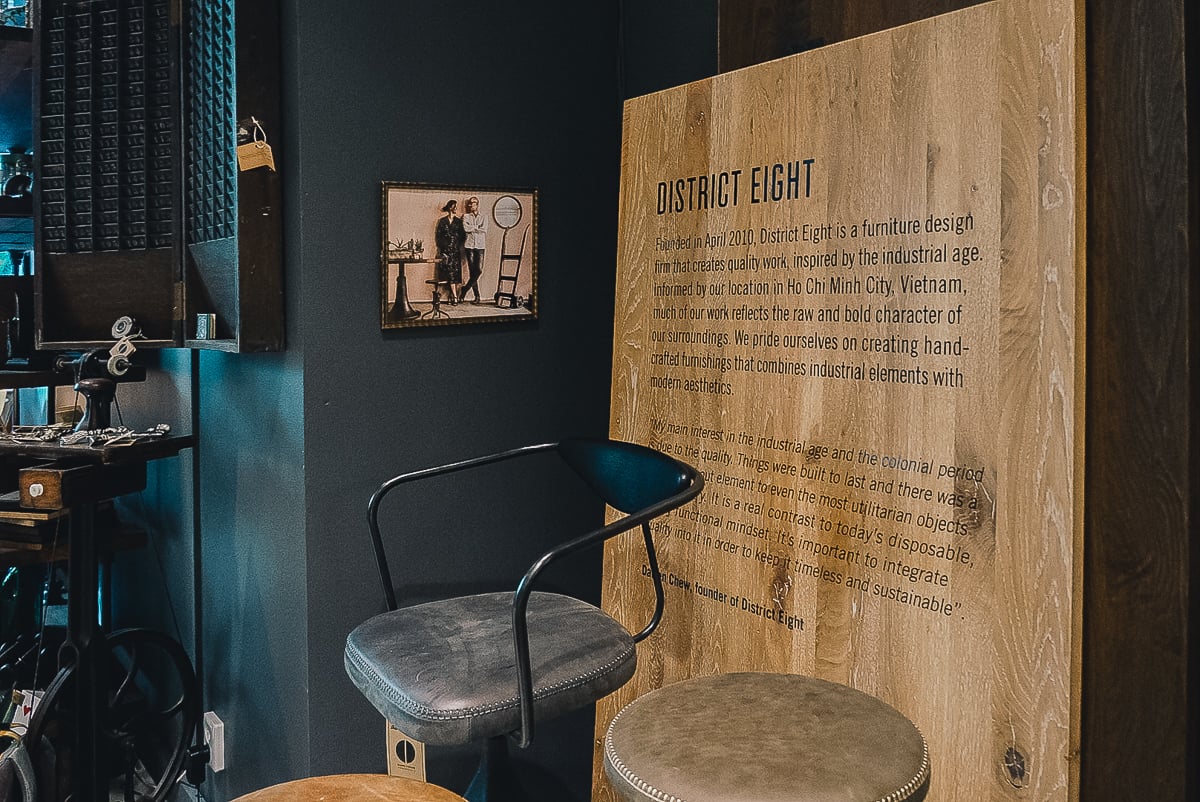 We were keen to meet the team behind it all. We later discovered the furniture came from their start-up design firm, District Eight. At that time, the team had only produced the L’Usine collection. Prior to this discovery, we had seen so many companies try to sell the modern-industrial look. With District Eight, it was the first time we had seen real integrity in this kind of furniture design.

Sara: After just a couple of meetings, we agreed to kickstart a collaboration. It began as a weekend hobby. District Eight were new in the European market. We began with one container of furniture. It took eight months before we saw real traction. Then District Eight released the popular Distrikt collection. That really resonated with the Scandinavian market, which gave us more motivation and more options.

Pieces like the ping pong table have a heavy-duty modern-industrial quality nobody else is really producing, which drives attention towards us. We’re happy to be distributing their one-of-a-kind products throughout Europe.

What were your first impressions of Vietnam? When was your first visit?

Jörgen: I first came to Vietnam as a traveler in 2006. I visited the northern and central regions of the country and I saw towns and cities such as Sapa and Hue. I finished the trip in Ho Chi Minh City, so I had a broad impression of the whole of Vietnam. Thailand is the prefered destination for most people in Scandinavia. But when we got married in 2013, we wanted to discover more of the region so we went to Cambodia and Vietnam instead.

Sara: Jörgen had a positive first impression of Vietnam which tempted us to return. We searched for places that weren’t overburdened with other travelers, locations where you could be part of the local community. Many travelers, like us, still want something unexpected and intimate. In that regard, Vietnam offers a different experience to countries like Thailand.

Why are Scandinavians so appreciative of good design and branding?

Jörgen: Many people consider Denmark to be number one for design, with Sweden a close second. And so we are surrounded by some of the most famous design companies in the world. 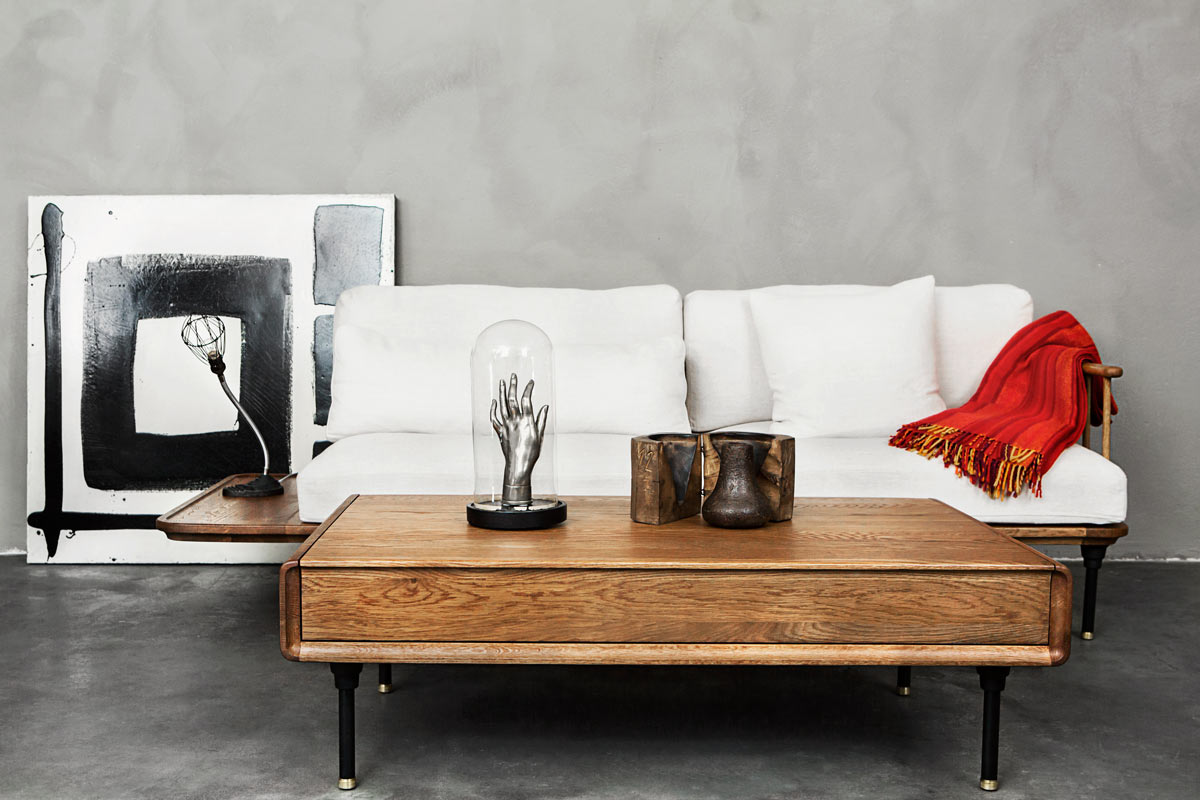 When you’re building a new brand like we are, with a furniture partner like District Eight who have a small presence in Scandinavia, you need to learn to stand out. We have unique products like the Distrikt bed, which sells very well. Our ability to differentiate ourselves from the competition comes down to the product’s story—capturing the narrative of the whole supply chain and production process. We want products with that little something extra that you can’t find anywhere else. For example, many of the pieces we stock from District Eight are solid oak or timber. That kind of quality you can hand down for many generations. Viewed in that light, the products attain a special value. 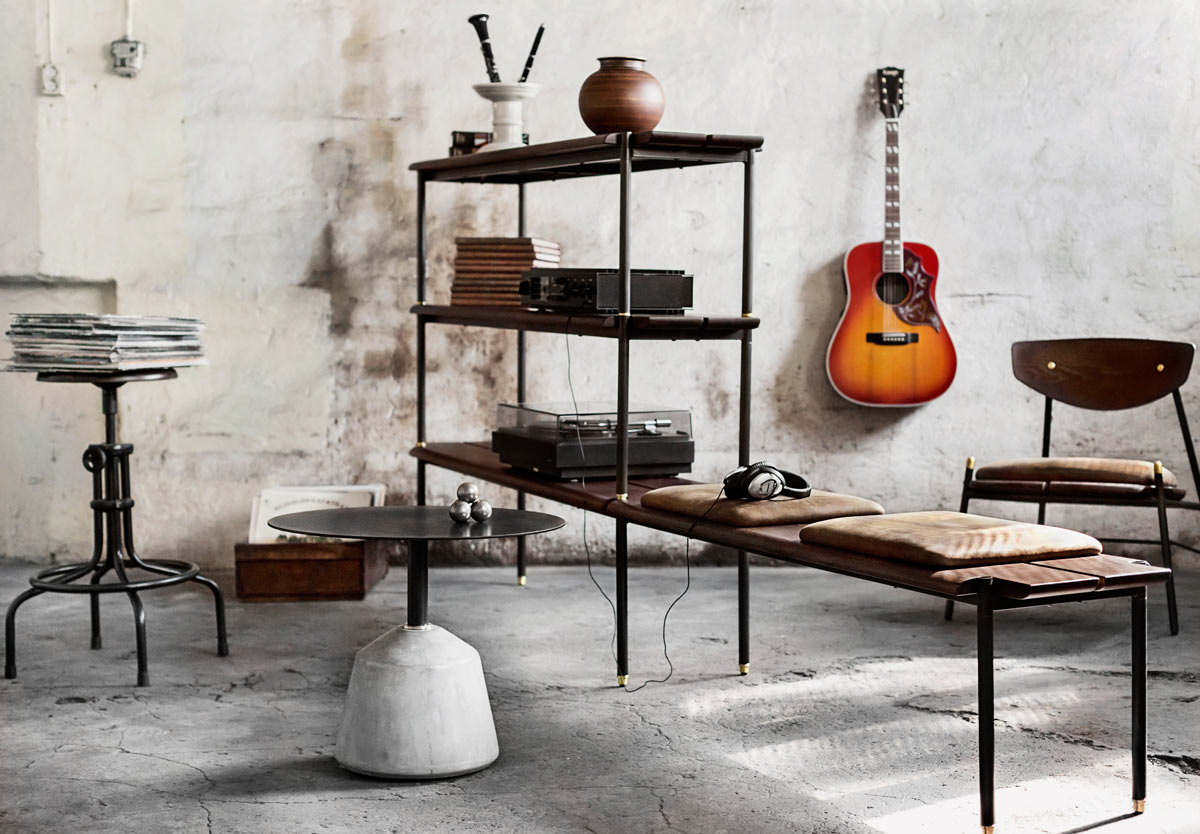 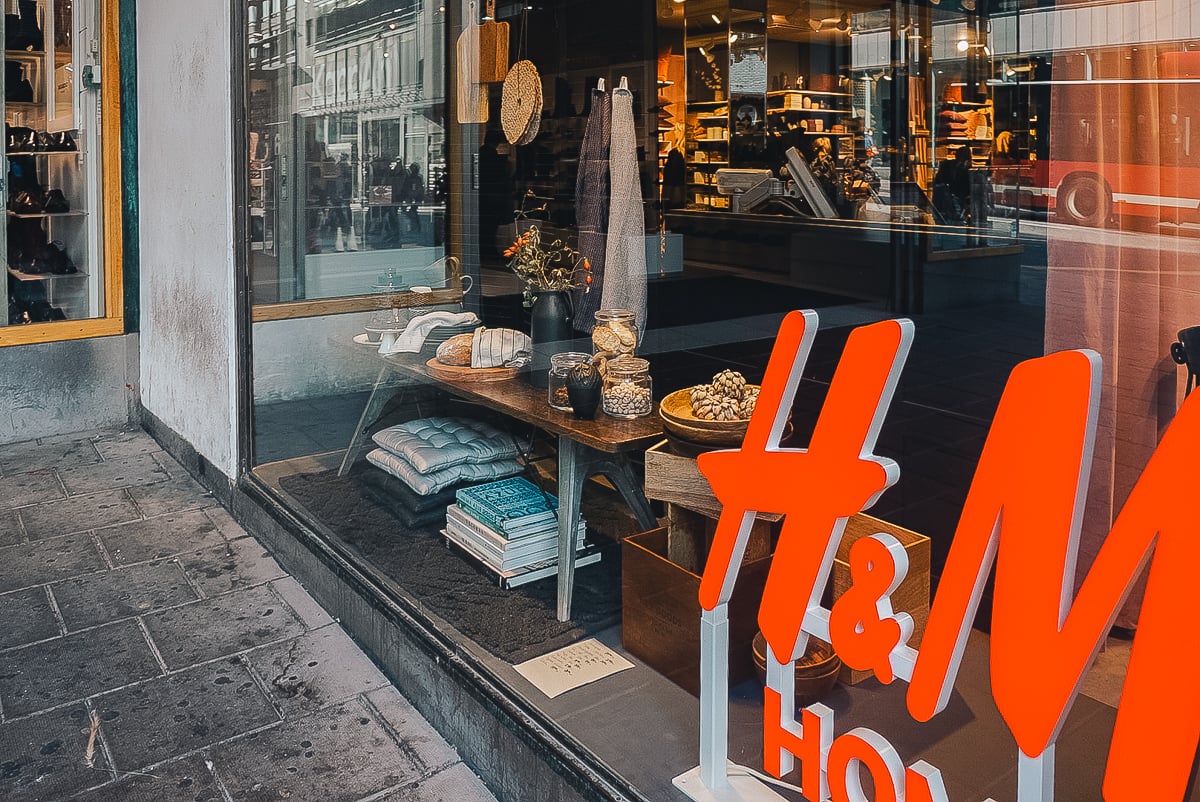 When people ask why you are collaborating with a Vietnamese company, what do you say?

Jörgen: We find that people are naturally curious. We love telling the brand’s story and becoming ambassadors for it. Before the conversation even begins, we proactively tell people that the furniture we work with is proudly designed and manufactured in Vietnam. But as our customers begin to understand and love the story, and appreciate the craftsmanship, they naturally become our advocates. 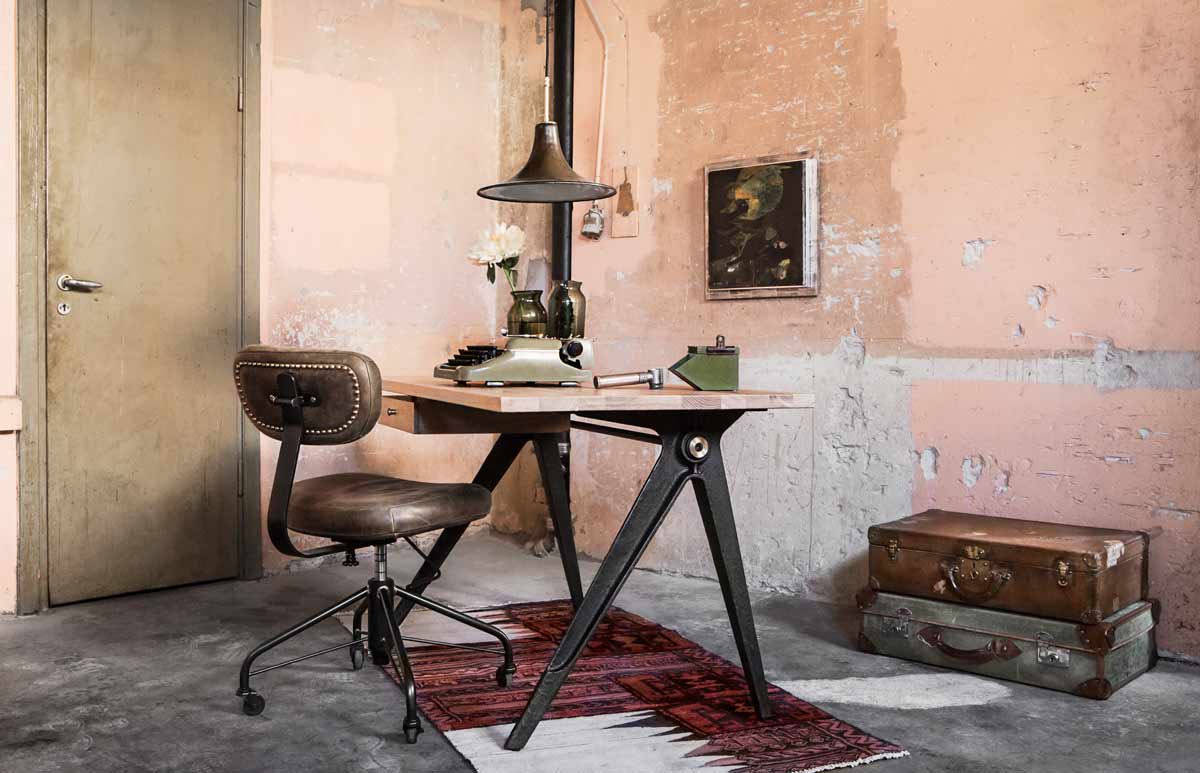 At first, District Eight’s team didn’t have any plans to expand into Europe. They were prioritizing the US market. We had to drag their team out to Stockholm to check it out.

Who have been your most enthusiastic, unexpected customers?

Sara: Peter Karlsson, Co-Founder and Vice President of Visual Art, a digital out-of-home advertising firm based in Sweden, has been one of our most enthusiastic supporters. Peter is part of the leadership team for the company. They specialize in intelligent digital advertising. For example, their team help customize digital ads for clients that change based on the time of day and that adapt according to sales trends. Peter found us on an online moodboard. Their team was searching for a supplier of ping pong tables in Sweden.

I remember him calling us at 9am in the morning to see if he could swing by within the hour to see one. And so he did. He loved the District Eight ping pong table and we finished the deal immediately. In the meantime, he found some other products he loved. Peter wanted to create a cozy office environment to attract young employees. The use of space and his choice of District Eight products, like the ping pong table and foosball table, have created a working environment where his team can feel like they are at home anytime. The Visual Art office is imbued with the Dunke spirit. Soon, they’ll be opening offices in Gothenburg and Copenhagen with a similar concept.

What are some notable projects around Sweden that Dunke Design has been involved in?

Sara: Some of the most recent ones have been hotels. They include the Steam Hotel in Västerås and Downtown Camper by Scandic in Stockholm. We’re also collaborating with H&M Home on their new concept store in central Stockholm. They will feature District Eight pieces from the classic District Eight L’Usine and Distrikt collections.

How did Dunke Design get involved with those two hotel projects?

Jörgen: We attended the Stockholm Furniture Fair two years ago. Thanks to a few chance meetings with interior designers, we had the opportunity to place District Eight pieces at the Steam Hotel and the Downtown Camper by Scandic. The product portfolio from District Eight matched the two hotel projects perfectly. We were given the possibility to contribute. The latter hotel has a District Eight ping pong table in the elevator lobby of each guestroom floor. 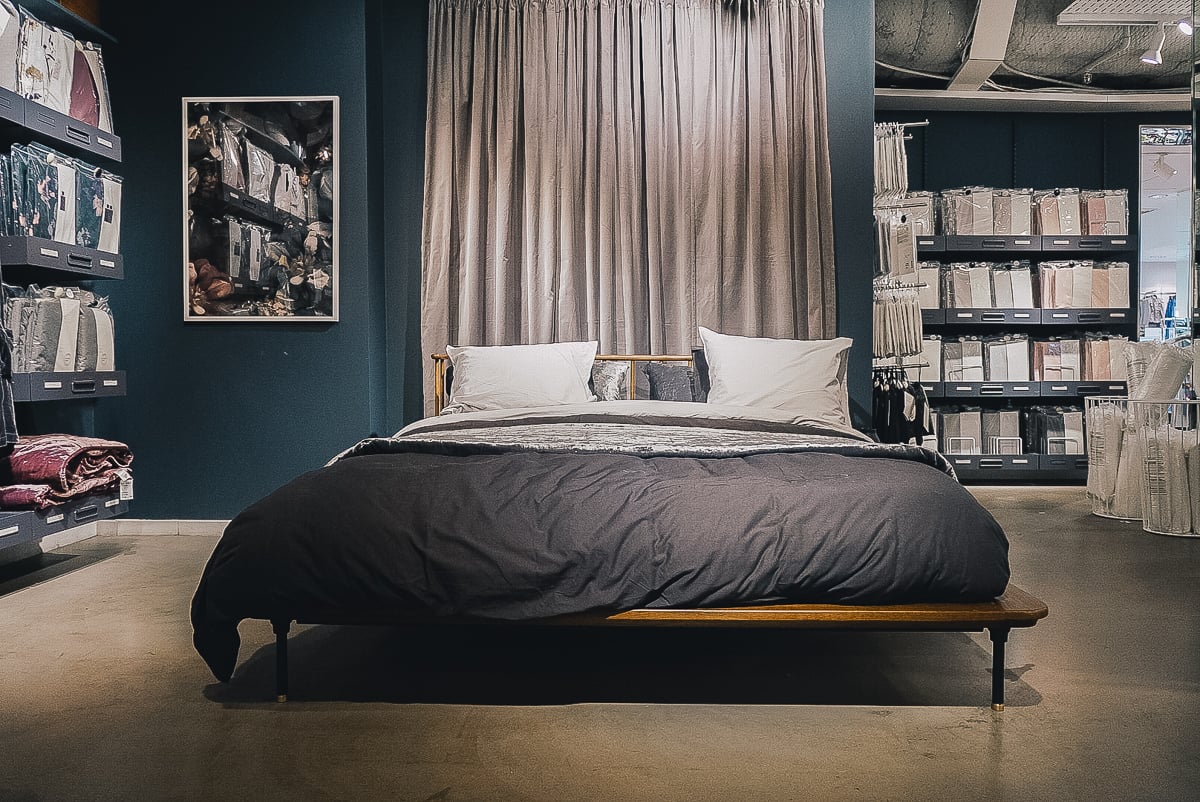 Jörgen: The team behind the H&M Home concept store in Stockholm. And the other big proponent of fusing design with function, who we mentioned, is Peter Karlsson from Visual Art.