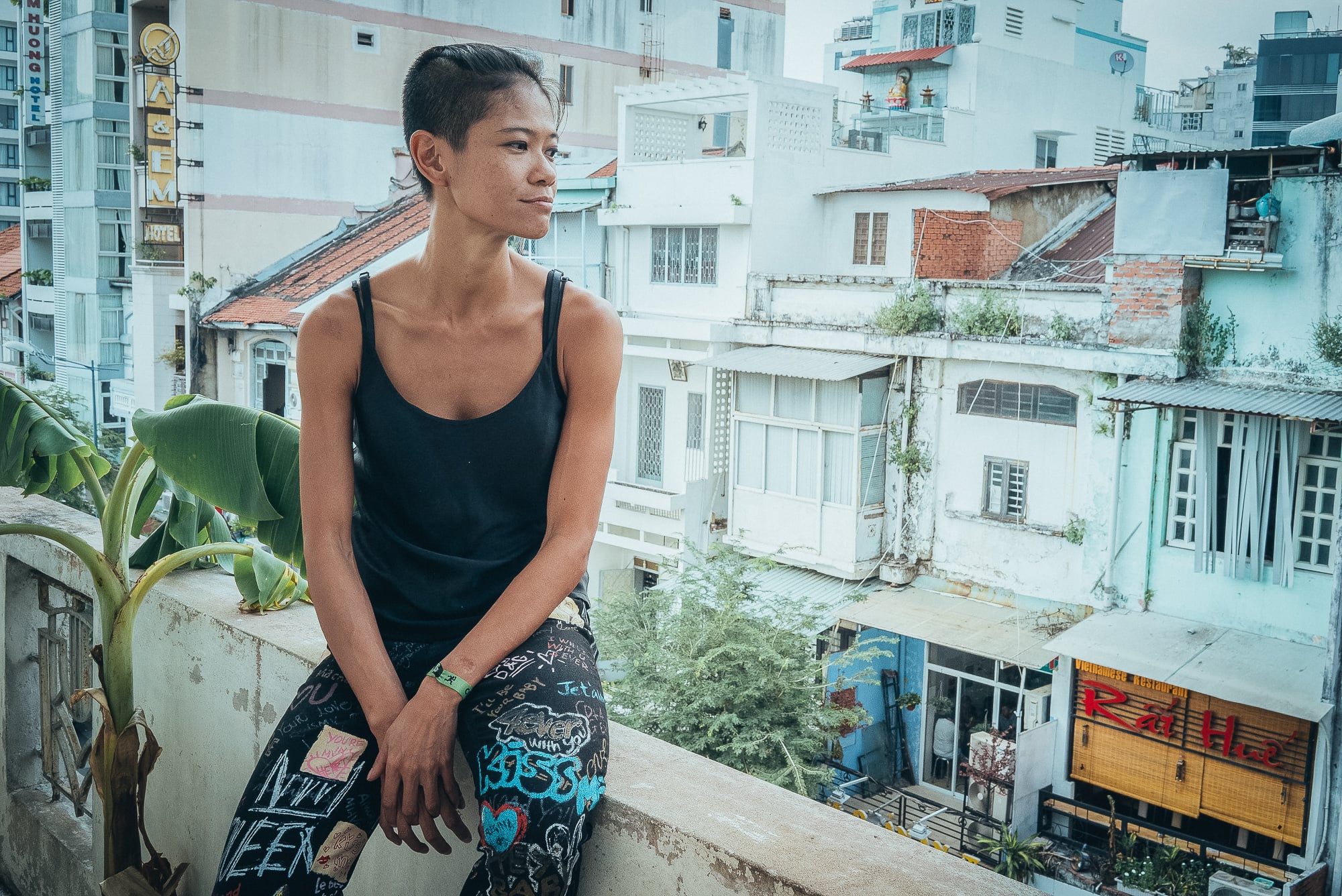 In November, Chi Nguyen finished third in Ho Chi Minh City’s first Techcombank International Marathon in a time of 3 hours 22 minutes. The Vietnamese endurance athlete has also completed the Mont Blanc CCC, a 100-km mountain challenge that quickly climbs to the Grand Col Ferret Alpine pass at 2537 meters. It’s a race in which Asian athletes typically struggle. She also ran seven marathons in seven days, and as a follow-up a 128km race through Cambodia’s Siem Reap. And she only began running six years ago as a way to lose calories gained from drinking.

Impressed by her feats of athletic endurance, we invited the Murakami-reading marketing professional to climb the stairs of the Vietcetera office to learn the secrets behind her ascent to the front of the racing pack. 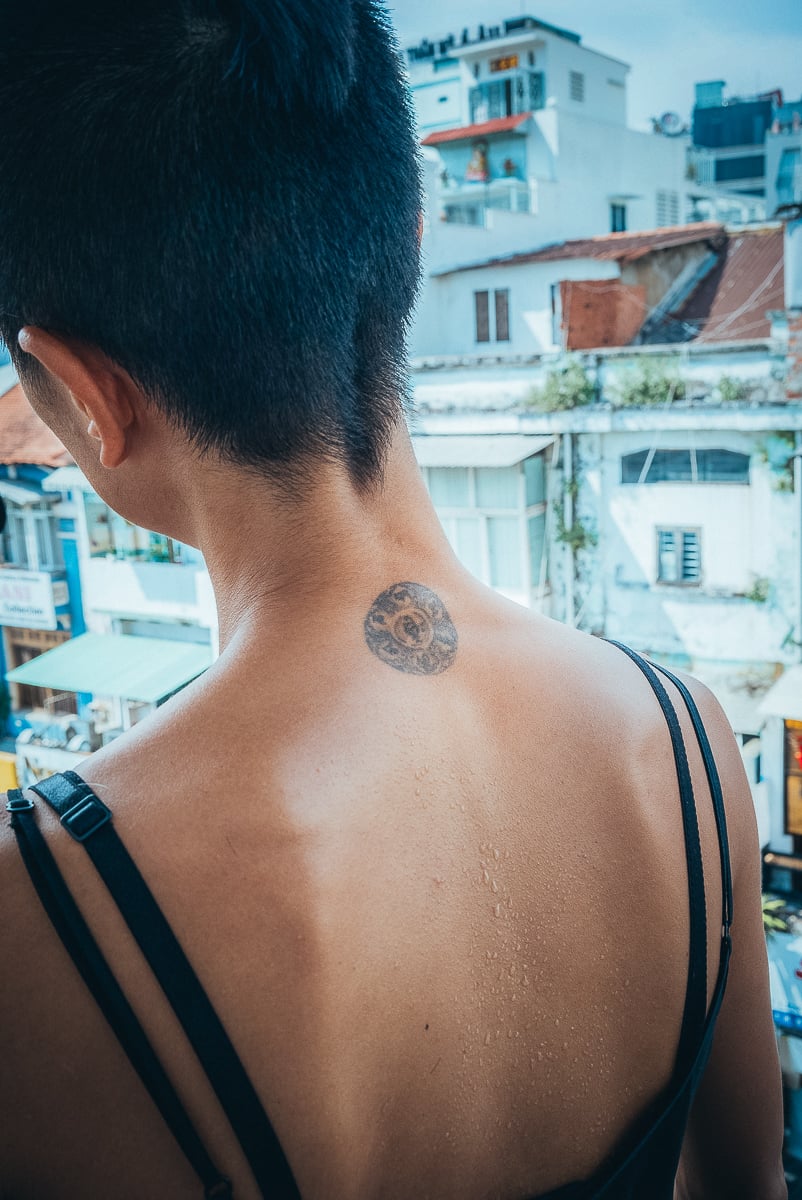 What do you consider to be your biggest achievement?

I think that in life and in running my biggest achievements are ahead of me. So far, my most notable success has been running 300km in seven days. It’s not easy to run a marathon every day for a week, but I did it. Day three was particularly tough when I had to go 40km under the hot May sun. But that only made me think that perhaps I needed a stronger “dose,” so I registered for a 128km event in Siem Riep, which I also completed. Only 22 people finished that race, and only 3 women—and I was the first Vietnamese to enter. Also, I did an overnight trail run in Sapa, and then in Mont Blanc, in conditions that were really unfavorable for an Asian, I completed 100km. The list goes on…

How are you different to other runners you have raced against?

I first started running six years ago because I was afraid that drinking without exercising would make me fat. I don’t strictly follow a diet, or exercise as much as other runners. I just cut down on my alcohol consumption and I sleep more. I recently learned more about the importance of diet from a professional trainer who also runs. Basically, I learned that good diet is about increasing our protein intake and avoiding “bad” carbs. But I’m not really a food enthusiast so it’s not like I have to fight temptation when I’m training.

I’m also unusual in that my body does not require too much energy to exercise. I ran 100km with only ten packs of energy gel. And it’s also very easy for me to lose weight. I lost 2 kg for the Mont Blanc CCC, and another 3 kg for the Ho Chi Minh City Techcombank Full Marathon. The lighter I am, the faster I feel. Added to that, I have never had an injury so far, no matter how far I’ve run. I have had cramp twice, but only for a very short time. 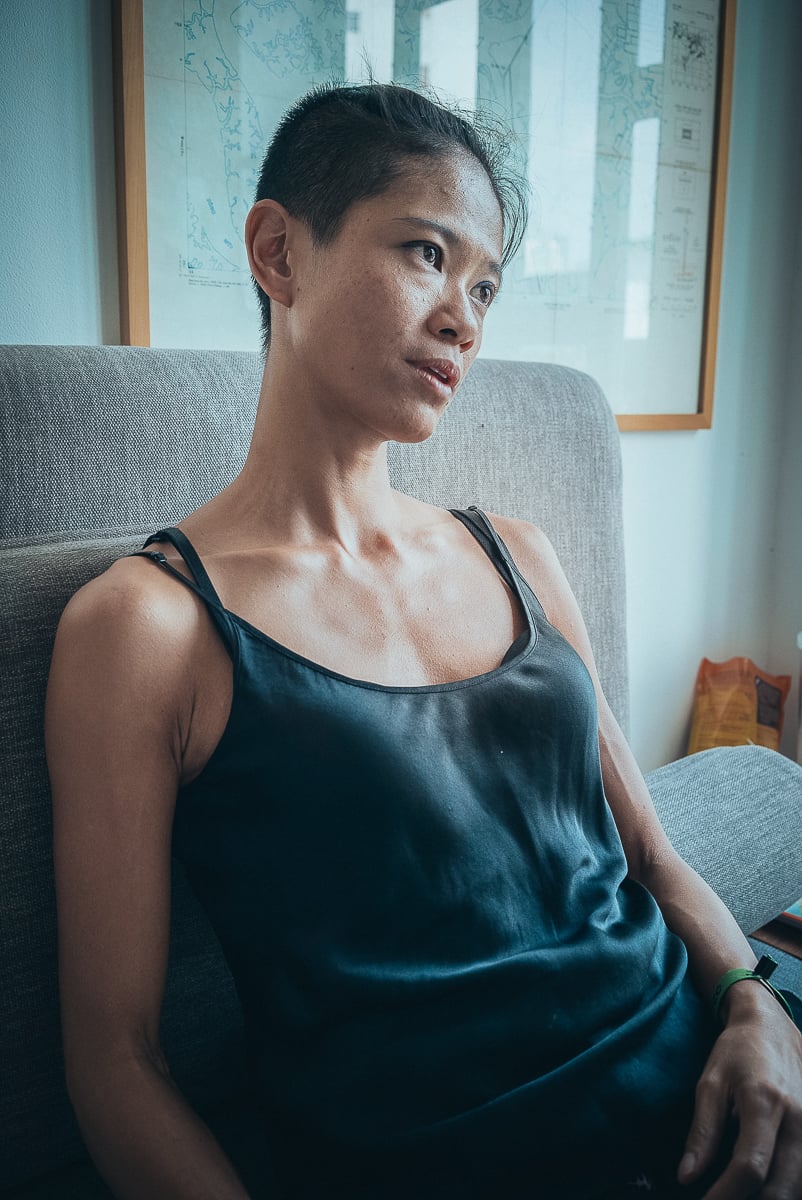 You have a very distinctive style. How has that evolved?

I wouldn’t describe my look as feminine, and that used to make me sad—I wanted legs as beautiful as my mum’s. In fact, that was my obsession during my adolescence. In time, I realized that I couldn’t change myself; instead, I embraced them as something unique about me and they became a source of my identity and strength as a runner. Today, I’m proud of my legs, even though I have bigger calves than some men. I wish I could wear a pair of skinny jeans sometimes, but that’s all.

When did you realize you would be a sportswoman? Did any significant moments lead up to that?

There was no realization. I felt good exercising, and I felt great running. I get a feeling of being high after a race. That’s why I have never felt the need to smoke weed or get high in other ways. My body rejects those things—or perhaps I just chose the right drug for me as so far I’m happy with the feeling I get from running.

Anyway, I wouldn’t classify myself as a sportswoman since I don’t do lots of different sports. I can’t play basketball, and I failed at boxing. I tried Ironman but found swimming too challenging because running has burnt off all my fat that would have helped me to float. Distance running stiffens the body, so I’m not flexible when I’m in the water. And I only learned to swim when I came to Ho Chi Minh City to study at university, so I was a late starter too. During my first attempt at the half Ironman in Danang three years ago, I failed to complete the first stage, which was swimming, in time—I was one minute off. I pleaded with the official to let me go on, but he wouldn’t allow it. So I went back to my hotel, picked up my pair of spare running shoes, and ran all the way to Hoi An on my own. 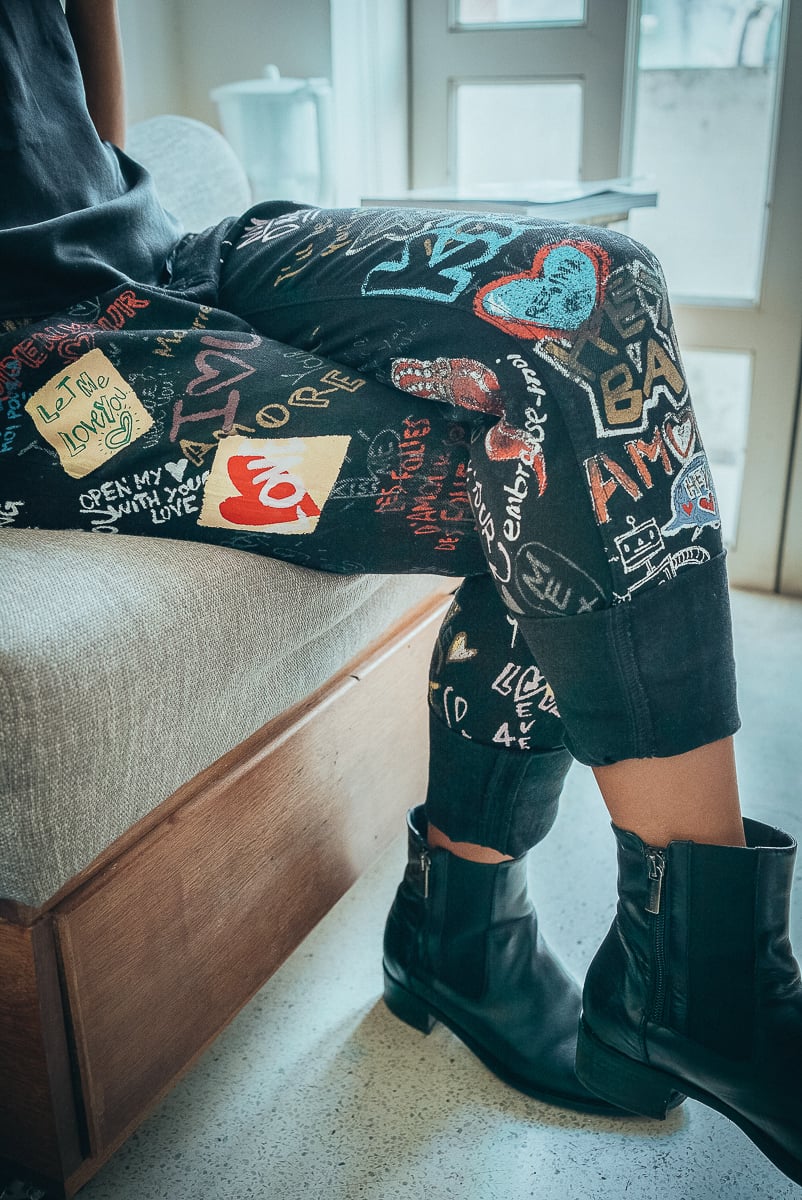 You came third in Ho Chi Minh City’s first ever Techcombank International Marathon. What did the event mean to you? What did you learn running against that strong international field?

My times over the first half of the race were fast, I think, because of a sense of national pride. I was running at over 13 kilometers per hour until I slowed when I hit the groups of other runners who had started after us in the 10km and 21km events. Overall, I didn’t think of it as a learning experience. It was more a way to make new friends. It was also really nice to hear people saying, “Wow, you’re from Vietnam, and you can run!”

How can Vietnamese sportspeople make a bigger impact on the global stage?

This question is too broad for me to answer. It should be asked of the Ministry of Sport and Culture. From my perspective, I feel here in Vietnam, many people think sporting prowess is innate—something we are born to do, not something we can develop. Additionally, lots of local athletes don’t receive proper investment and funding. Personally, I think we should also take advantage of technology. I’ve read a number of athletes’ autobiographies, and many used technology to improve their performances. However, I have to admit, I don’t use much technology. I tried using Strava—the athletics performance tracking app—but I uninstalled it soon after. Maybe Facebook is all the technology I need.

What would you coach your younger self to do better?

I would teach myself to understand my body better and to maintain discipline more consistently. That means knowing when to stop when my body needs rest. Some runners are too goal oriented and want to achieve greater feats each time they race, but they forget to take care of themselves. Running should remain fun.

Regarding discipline, the most important thing is to have the willpower to get out of bed at 3 AM at weekends. That never becomes a pleasure, not even for professional runners, trust me. 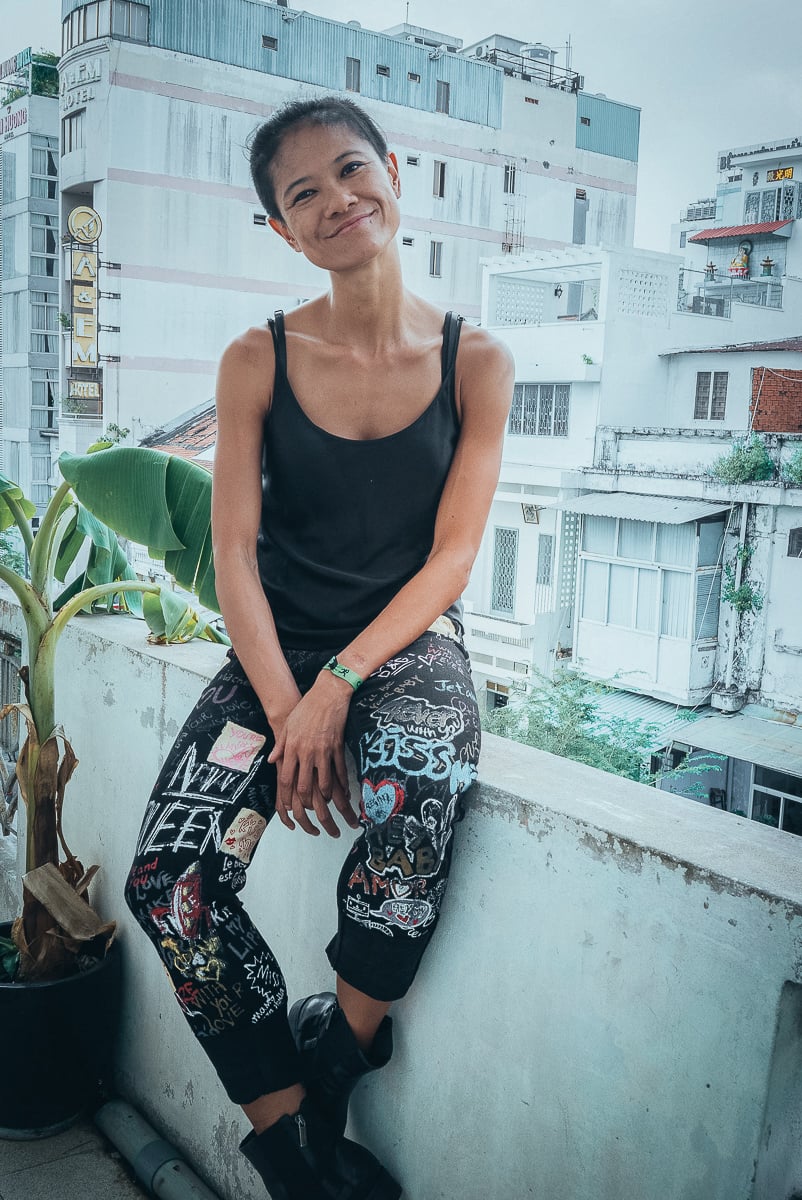 What’s your secret to big race preparation? Do you have any superstitious habits?

This isn’t really a secret, as it’s obvious if you’ve seen me run—I never wear earphones. I find them very distracting. I have never understood why some athletes can’t run without them. And the one superstitious thing I do is to knot a piece of string around my backpack. My friend gave me it for luck, and it came from a sacred pagoda somewhere in Thailand. So far…it has worked.

Is there a key to balancing your professional life with your passion?

I would simply say, party less and work harder. I work for Havas Media, a French global communications and marketing agency. Running helps me to deal with my daily tensions—company deadlines and pressure from clients. I’m also trying to build a new image for our agency starting with my team. Media and advertising people are no longer “Mad Men.” The next generation should be healthier—work hard, play moderately and live healthily.

Author and runner Haruki Murakami said: “When I’m running I don’t have to talk to anybody and don’t have to listen to anybody. This is a part of my day I can’t do without.” Do you feel the same way?

Yes, I feel the same. Running is my meditation, and very often my mind is blank as I run. At the beginning of an event, my thoughts can be mixed up and chaotic. But as I run my thoughts divide like the lines of highway traffic and I can think deeper and more clearly.

What are you running from?

I think I’m running towards something, to new places. I plan to run in 100 different cities, and so far I’m about halfway there.

Lam Tuc Ngan. She’s an up-and-coming young triathlete—she’ll be 23 years old next year. She used to be a boxer but incredibly she transitioned to Ironman in just five weeks.