Hanoi Rock City: How This Team Sparked A City’s Love For Live Music

Hanoi Rock City: How This Team Sparked A City’s Love For Live Music 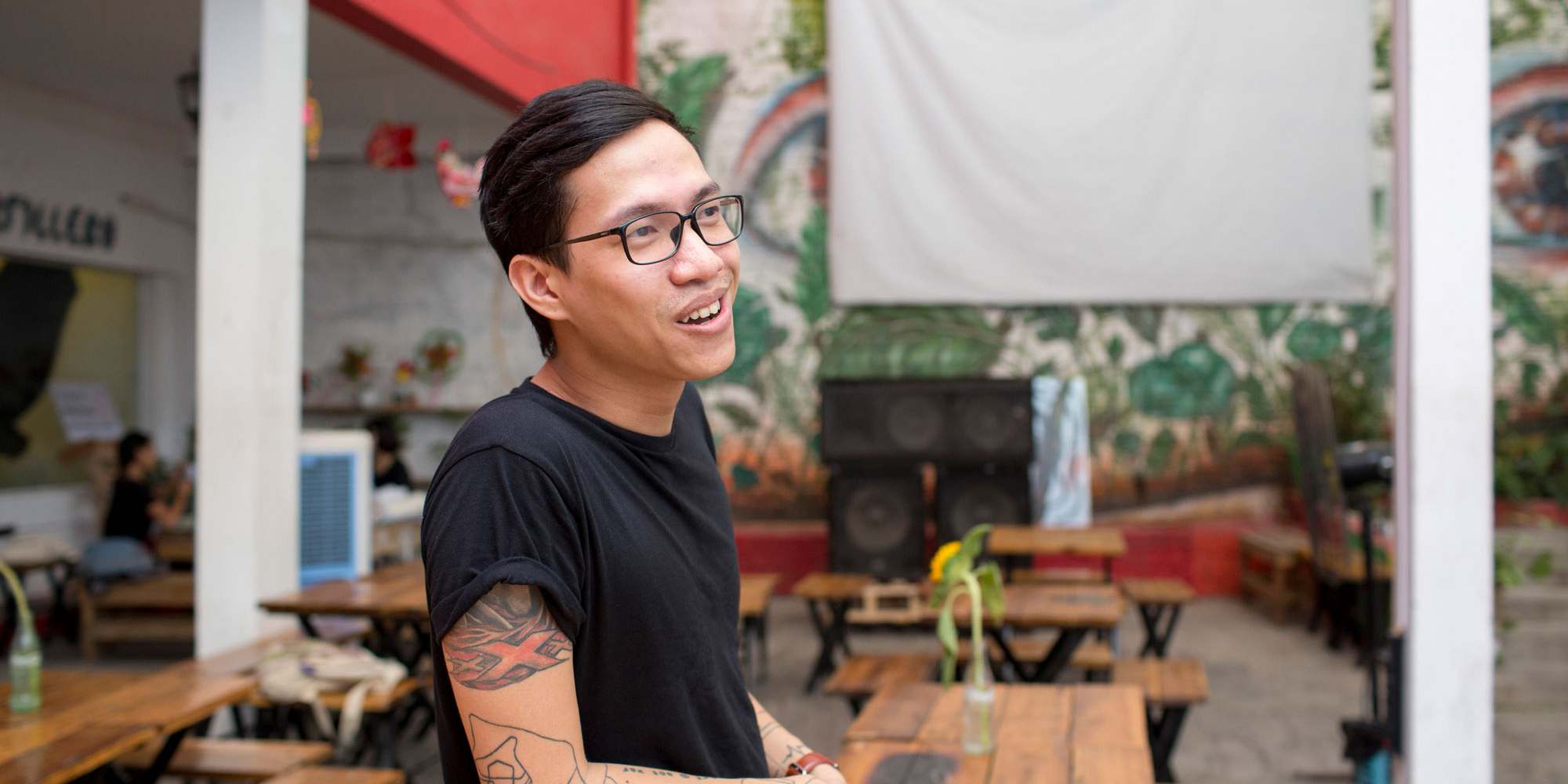 Walking into Hanoi Rock City, the first impressions are what a fantastic space it is. You are greeted by a colorful courtyard that instantly makes you feel like you want to grab a seat and a cold beer.

Duc Anh Vo, better known as ‘D.A.’, was waiting for us in the upstairs gig space, preparing the stage for the performance later that evening. At 34 years old, D.A. is the owner and co-founder of HRC, a venue which he and his co-founders opened seven years ago. The idea was fueled by a desire to change the live music scene in Vietnam and create a space for art, music, and culture.

Can you tell us about the eight years you spent in the UK?

I always wanted to study abroad because my dad spent about 15 years in Europe and I wanted to go. I attended a good high school where studying abroad was encouraged and decent scholarships were available to support these opportunities. 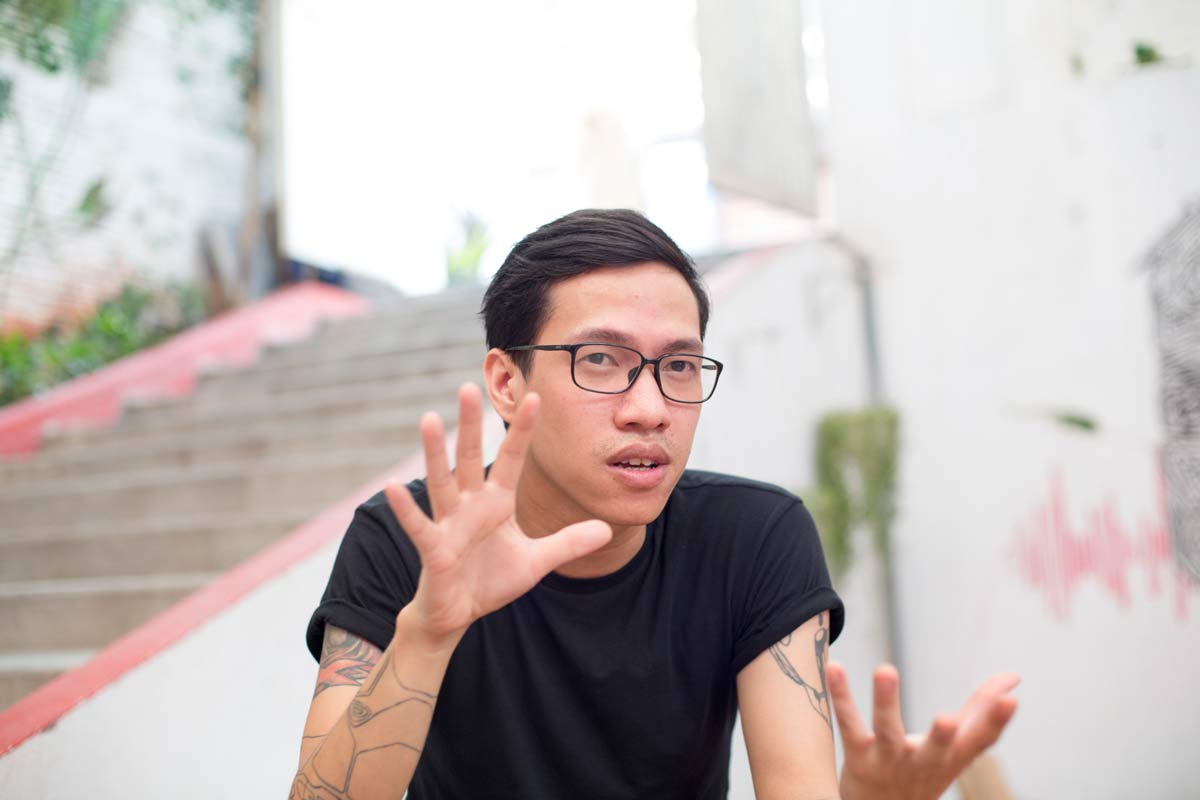 A lot of friends from high school went to Nottingham University. Back then, it was a fairly cheap city to live in. The UK is quite small and many of the Vietnamese students knew each other, so I became involved in the Vietnamese Student Association. Joining the association was an excuse to get together with other young Vietnamese, to socialize and play music. We also organized charity events around two or three times a year to raise funds for the children’s hospital in Hanoi.

Why did you move back to Vietnam?

Mainly for two reasons. Wherever you go, your home country or city is where you feel like you belong. Also, everyday in the UK I woke up feeling a bit insignificant. Everyone seemed so tall and I missed that sense of belonging I had back home. 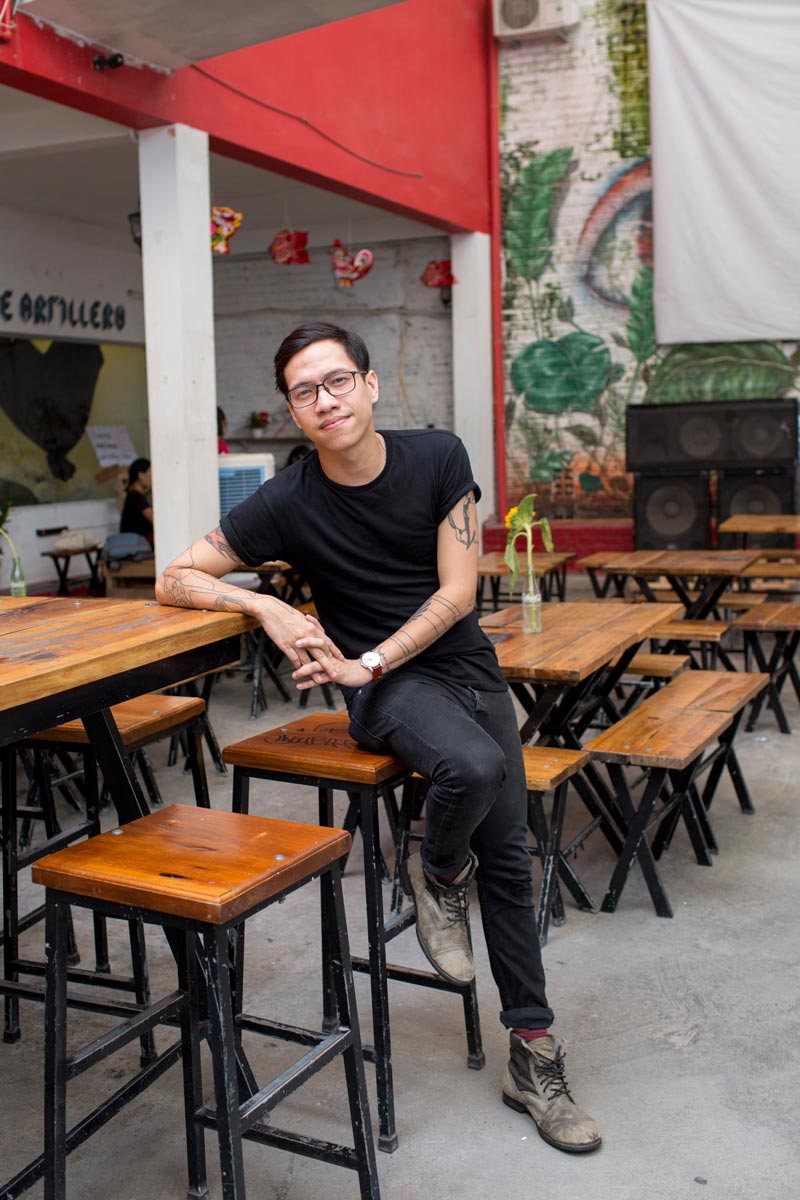 What is the inspiration behind Hanoi Rock City?

The scene in Hanoi was pretty strong on covers. The problem with that is you can either play music at a coffee shop or the opera house, which leaves nothing in between. You either play covers in a small cafe, or you have to ‘make it’ to play in the opera house.

I moved back to Vietnam in January 2010 and the opening night of Hanoi Rock City was 17th December that year. We had 400-500 people at the opening and seven years later we are still going strong. So far, we are pretty much the only one that has survived that long. There was a really positive response from day one, mainly from expats at first but it has grown to include locals as well.

The idea behind Hanoi Rock City was to give Vietnamese youth a space for music like we had in the UK. A space where they can write their own music and try it out.

West Lake is known as the expat area of Hanoi, why did you choose this as the location for Hanoi Rock City?

It wasn’t about the location, but finding the right space to build what we needed, fill it with good equipment and a mosh-pit! So we ended up building this entire place and soundproofing it ourselves. The courtyard came with the space and that was just lucky. It’s great because it allows us to do way more things like acoustic performances, dance and film screenings. There is a combination of things that we can do between the two spaces which is really nice. 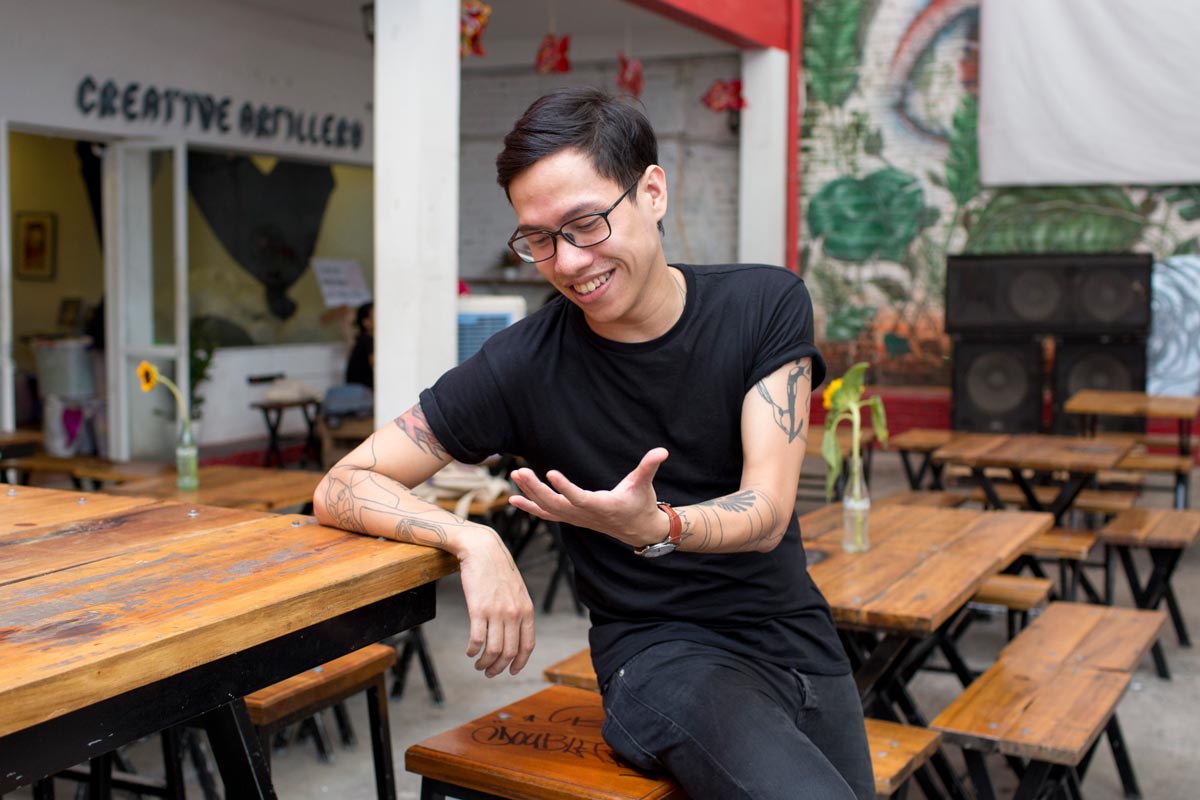 How do you balance Hanoi Rock City with your day job as a teacher?

It’s about passion! We don’t make money off this. Our slogan is “HRC we live”. We make friends and really enjoy every gig.

I started the full-time teaching job to make a living, and I love it also. People ask me, how do you have the energy to do three or four gigs here every week and also teach eight hours a day? When I get to Hanoi Rock City at night, I am physically tired but I am still excited and enjoy the time that I spend there. Being involved and seeing the growth in the live music scene is a motivator and helps me keep going. Every penny we make, means we can buy new speakers or equipment and makes people happier when they play on stage. 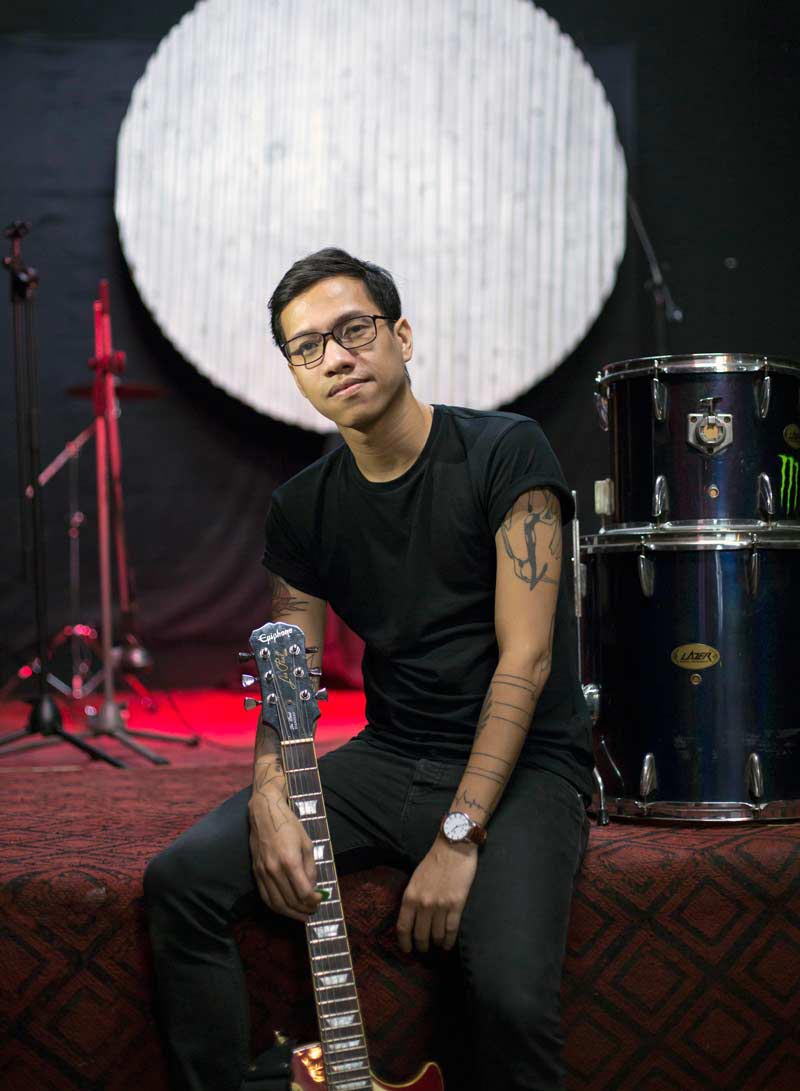 We never really had original bands in Vietnam. As a kid growing up, I listened to Metallica, Pantera and Guns & Roses, but it was all covers. The scene has grown so much in the past seven years, with bands now writing original material. Hanoi Rock City gives them the space to try this material out on stage. I have a feeling that this year the indie scene is going to blossom in Vietnam.

Pretty much all the Vietnamese bands have played here, including Ngot, a local band who recently played a massive gig to about 4,000 people. I hope to still be going strong in 20-30 years time and to be considered the home of new bands.