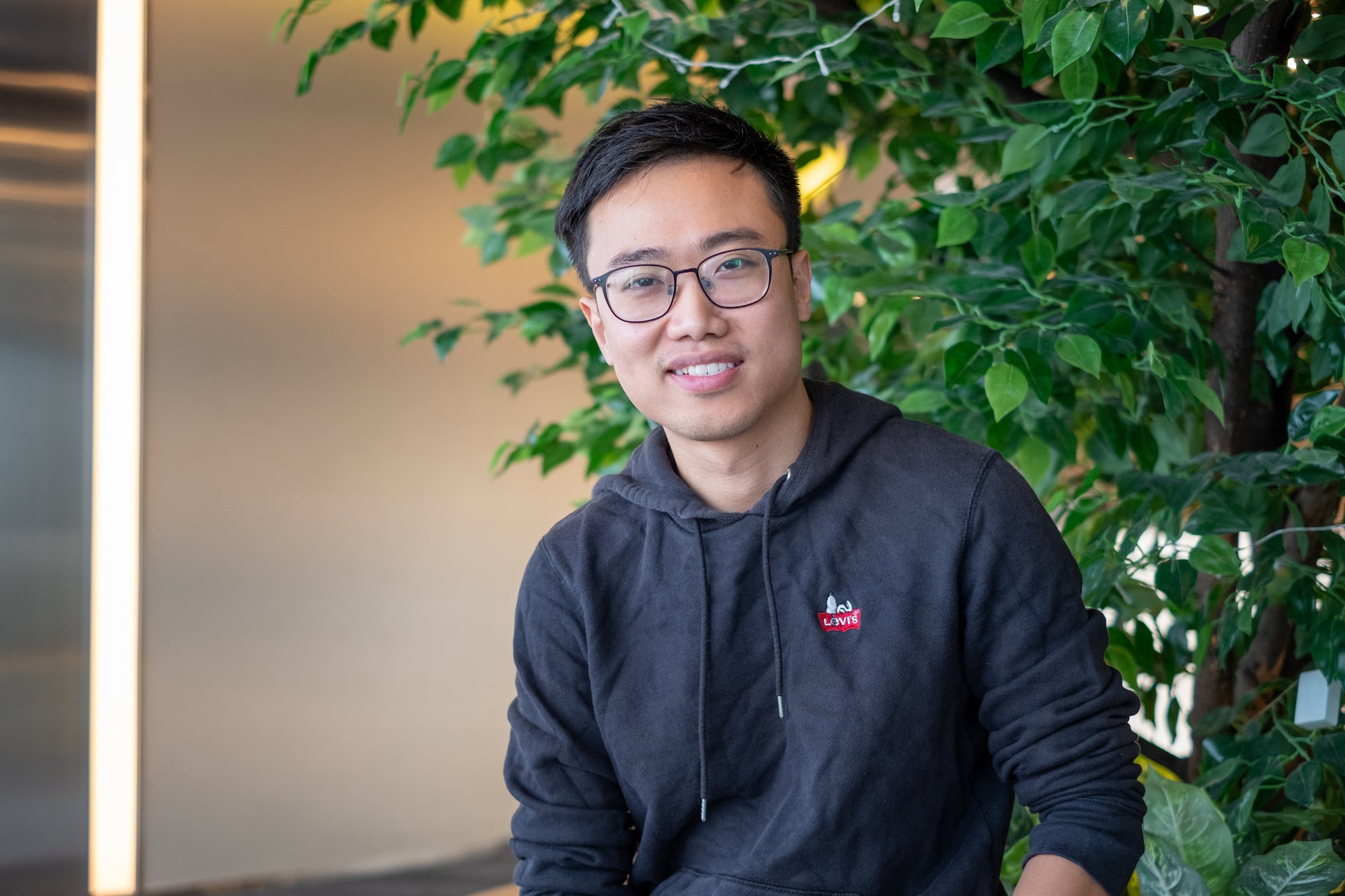 “You can say that in Vietnam, eSports is only behind soccer when it comes to the most followed sports in the country. The number of live viewers range from tens to hundreds of thousands per game. This is a testament to the undeniable influence of eSports. Just seven years ago, eSports was not widely recognized in Vietnam. This year, the sport will officially participate in the medal category at the SEA Games 2019,” shared eSports commentator Hoang Luan to us about the transformation of eSports in Vietnam.

Looking back at his own career, Hoang Luan thinks of himself as incredibly lucky. From a college undergrad majoring in English without a clear career direction, and with just two passions, football and video games, he has become a familiar face in the new emerging industry and now holds an irreplaceable position in the field of eSports commentating.

Of course, this top spot didn’t come from just luck. He’s an active presence in the community and his composed presence on the eSports commentator hotseat is the secret behind what helps Hoang Luan to differentiate himself.

“The nature of eSports commentating is constantly under pressure from the audience. Thus, in my opinion, the more the work is influenced by external factors, the more we have to keep improving ourselves. I only allow the feedback of the people around me to affect about 10%, the remaining 90% depends on my own comments and experiences.”

As one of the first eSports commentators in Vietnam, how did you get started?

When eSports emerged, it was not only a new subject, but two-person commentary – including Play by Play (commenting on what is happening) and Analysis (analyzing the strategy and situation) – was also a new type of broadcasting that wasn’t applied to any other sports. In the early days, I always did research and learned from many international sources. Everyday, I spent hours watching and listening to international eSports commentators to find key takeaways and build up my own knowledge. Until now, I still practice this habit during my free time.

At the beginning, to improve the understanding of the game, I played a lot of games, usually lasting from five to six hours a day. Not that much anymore though, unfortunately!

What qualities should an eSports commentator possess?

Just like any other entertainment program, the responsibility of an eSports commentator is to create a connection between the audience and the game. Therefore, the method that we use to transmit information is always the highest consideration. A good commentator not only possesses a good knowledge base, but the way of conveying the content must always be in the direction of sharing so that the audience can easily receive it.

The biggest mistake of a commentator is to present in a ‘condescending’ way. Another mistake is to present in a misguided way. I often remind my group members that when we don’t feel confident with the content, we have the right to say we are “unsure.” This is because overconfidence can often offend viewers.

What is the procedure for eSports commentators in each match?

Before each match, the commentators usually spend two or three days or a few hours (if conditions do not allow) before the game to focus on researching the achievements and match history of the participating teams. After that, the whole team will move to the studio or venue. After the preparation process is complete, the commentator team will meet for the last time and officially be on air. Prep work usually takes the most time.

What makes you different amongst other eSports commentators?

I’m someone who is easy to get caught up in the matches. That nature allows me to stay close to the situation, capture the fast action sequences, and accurately report the suspense. Perhaps that’s why I was fortunate enough to be remembered by the audience as a commentator full of ‘blood and fire’, often joining the audience and their spirit within the match, especially during the climax.

What do you think about a commentator’s work hours?

Of course, the working hours are a bit different, but in my opinion, it is not really harsh. The schedule of commentators usually focuses on weekends: Thursdays, Fridays, Saturdays and Sundays, with dayoffs on Mondays, Tuesdays, or Wednesdays. However, most commentators don’t have to work through four consecutive days. Most only work for two or three days of the weekend. After hours, during free time, we could even go into streaming in order to increase communication and interaction with the audience.

During international tournaments, the schedule is a bit tighter. With five to six matches going on in a row, the commentator’s work day is thus longer than usual, averaging around ten hours. Each person in the team is usually divided into two to three matches. The time is also arranged to suit each person accordingly.

Besides the odd hours, what other pressures does the job involve?

Unlike normal professions, every viewer response is always direct and immediate. It is the fear, even terror, that cause many rookies to give up. However, I consider it a challenge that motivates me to continue to improve.

In addition to maintaining the habit of learning from international commentators, every week I always learn from the matches I’ve done. Overtime I’ve equipped myself and developed the ability to listen for key takeaways from my audience. For me, before allowing outside comments to influence, we must always be the one who understands our own abilities the best.