Kim Lee is an amalgam of identities all wrapped into one. Her father is French. Her mother is Vietnamese. She’s a model. She’s a DJ. She’s a pianist. She speaks English and Vietnamese. And she’s got a taste for acting on top of it all.

Based out of Malibu, she’s more American than Vietnamese but her connection to Vietnam still runs deep. Her Vietnamese is still fluent. Fluent enough to survive on Amazing Race in Vietnam in 2013. And she’s still DJing in the country from time to time, recently DJing in Saigon for New Year’s.

It’s people like Kim who are weaving careers around keeping one foot in Vietnam while still having active American and even international careers. At Vietcetera, we love these folks.

As you’ll see in the interview, Kim has a devil-may-care attitude about her career. Being a model and a DJ, she’s also got the thick skin of a lady who runs her own social media and travels the world for music gigs. Sit back, and let’s dig deeper into Kim Lee. 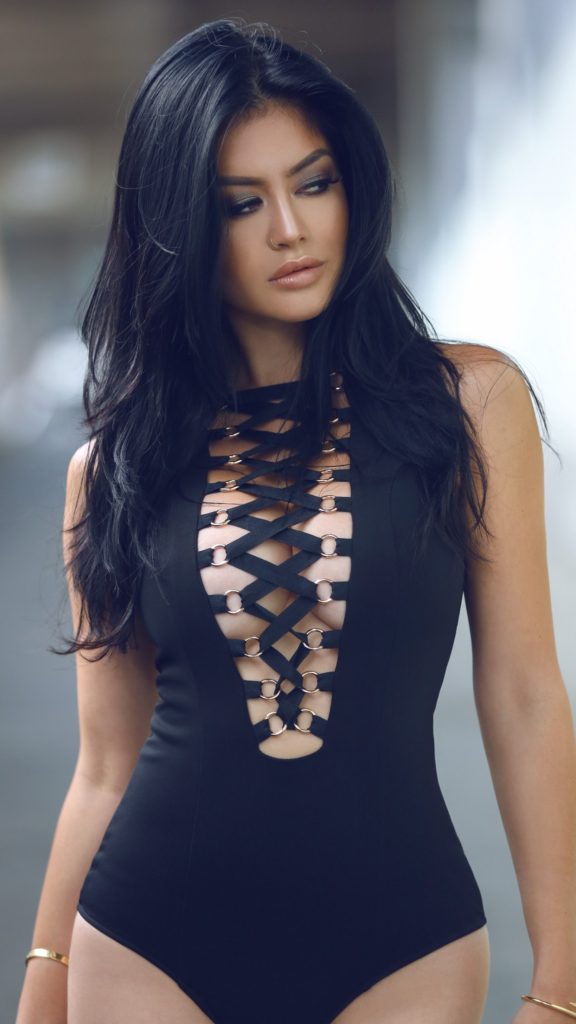 How did you originally get into modeling?

When I was growing up, I always loved photography and taking pictures. So when I was 17, I used to look at magazines, and I would think “why can’t this be me on the cover?” So what I did was take lots of photos, and I started sending them out to car magazines. And my first cover, was when I was 18, on a car magazine!

To me, it was a big deal. I really knew nothing. And from there, having grew up in Orange County, I would drive up to Hollywood, and just network. I ended up meeting quite a few casting directors, etc. And one of these casting directors suggested I try to do music videos.

So I started going to auditions. Every 5 days a week, I would go to another audition. And it was really hard because at that time I was driving from the OC to LA and it was really hard because most of the time, I wouldn’t get the part. But when I gained from it was confidence, and meeting people, and eventually I started getting a lot of call backs. And that’s when I started getting into music videos like for Kanye West and Far East Movement and LMFAO. And I developed a lot of relationships with the artists and the people on set.

How did your modeling career continue?

Well, I was looking at Maxim Thailand, and all these covers from FHM to Maxim said yes to me, and for a whole year, I was just killing it with the covers. And eventually won number one FHM in Singapore in 2011.

So I went from the music business to movie to print. And with my personality, I’m the type of girl that wants to do it all. 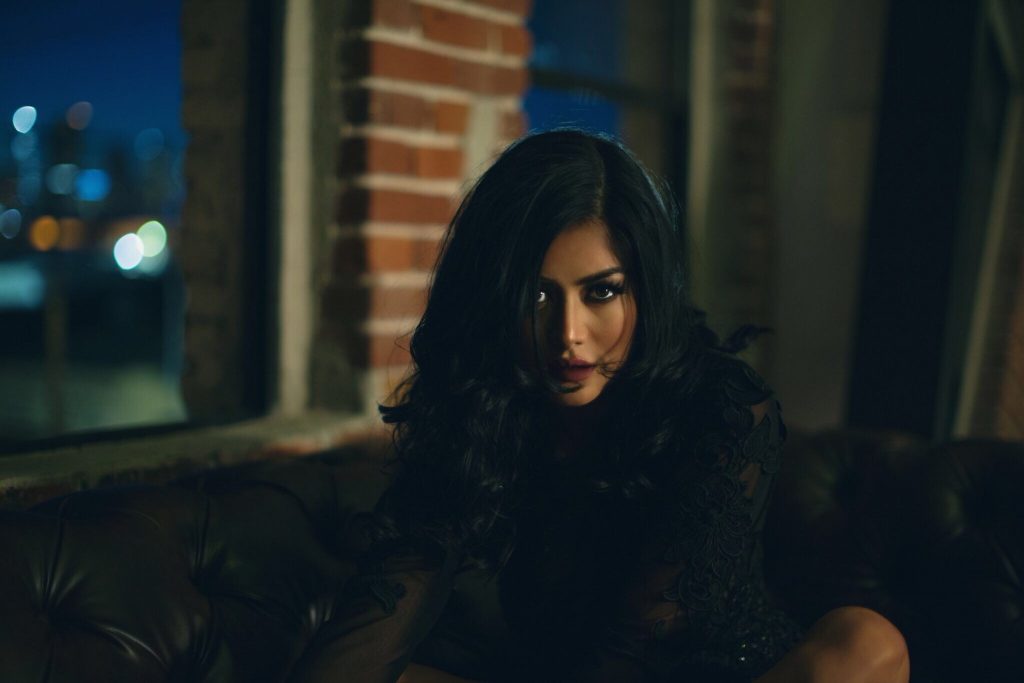 So then how does DJing fit into all of this?

Well, I got really tired of all the partying. And I was close with the Black Eyed Peas at the time, and they were keen to manage more DJ’s. And you have to remember at this point, I didn’t know anything about DJing. So I just joked with them that they should manage me. And a week later, they called me back and said, “okay, we’ll manage you.”

I told my best friend Kat, and now DJ partner, about it and said, “hey, why don’t we become a duo?” She was like: “That sounds like a cool idea!”

Next thing you know, she quit her job. I was like “What are you doing? We don’t even have a show yet!”

And for the first time in my life, I was really sure about something.

Ironically, at that moment, Yahoo Vietnam suddently released an article that said “Kim and Kat, the biggest DJ’s from the States” and we didn’t even have a show yet. What!

But that’s cool because they brought us over there and we played in a festival with over 30 thousand people. But at the same time, that was a great opportunity for us, and bring EDM music to them.

And then it went viral online, people were really interested in this female DJ duo. From there, we went onto open for Steve Aoki in Asia. We’ve been touring there for the last 4 to 5 years and we even got a residency in a club in Vegas.

It’s been an adventure. 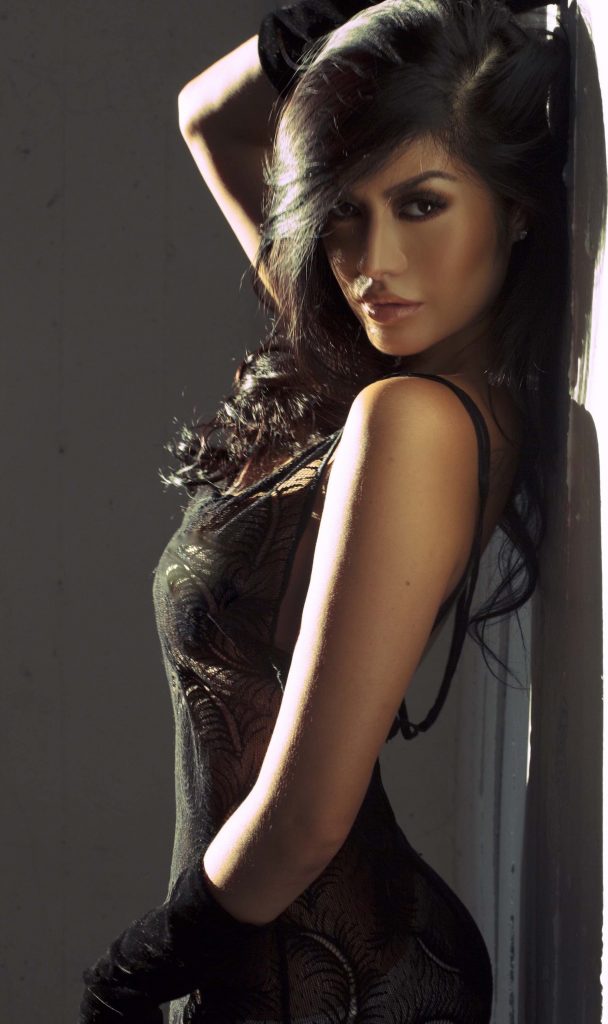 Did you know anything about DJing before you started DJing and getting your first gigs?

Honestly, I knew nothing about DJing when I first accepted gigging. I mean, I play the piano and I love love love music, so when it came to DJing, I picked it up really quick. We both went to Scratch Academy and we learned turntables.

But it all comes down to practicing, and went home and practiced everyday. And luckily we had a lot of DJ friends, like Skrillex and Diplo, and they were really supportive.

It seems like in your career, you just jump into things.

Yeah. Since I’m a Gemini, I just kinda dive into things. I think I also have this very stubborn side of me, where I won’t give up unless I really really succeed in it. So it’s good and bad.

What are your fans like? I see that you have a lot of comments and Likes on many of your Instagram and Facebook. And I know you’re also very active on Snapchat. How do you interact with them?

I have the most interesting supportive fans ever. I love social media because it brings everyone together and people are so opinionated and they can say whatever they want these days.

So if you go onto my social media, like my Instagram. You’ll find videos of my playing piano, but you’ll also find every other picture being a sexy modelly picture. And a lot of my fans are guys, and girls, but mostly guys. And a lot of them knew me even before I was a DJ. They know me from Maxim and FHM. I always caters to my fans and they’re so supportive. So I want to make them happy.

So once in awhile, I’ll get a message from a guy who is very negative and to me, I don’t take it personally. He might say “I don’t think you’re pretty” or whatever. And I think he’s entitled to that, it’s his opinion. And I don’t delete it.

So I take a step back, and I think, not everyone is going to love you, not everyone is going to hate you. It is what it is. This is social media. So I got to the point where I can’t keep up with it, I just leave it there, because I think it’s funny. And some of my fans see that, and they get more offended than I do. And for me, that’s so cute and funny. And I’m like, that’s awesome. Because a lot of these people have never met me in person or whatever, but somehow, via social media, we’ve developed this rapport and friendship online. 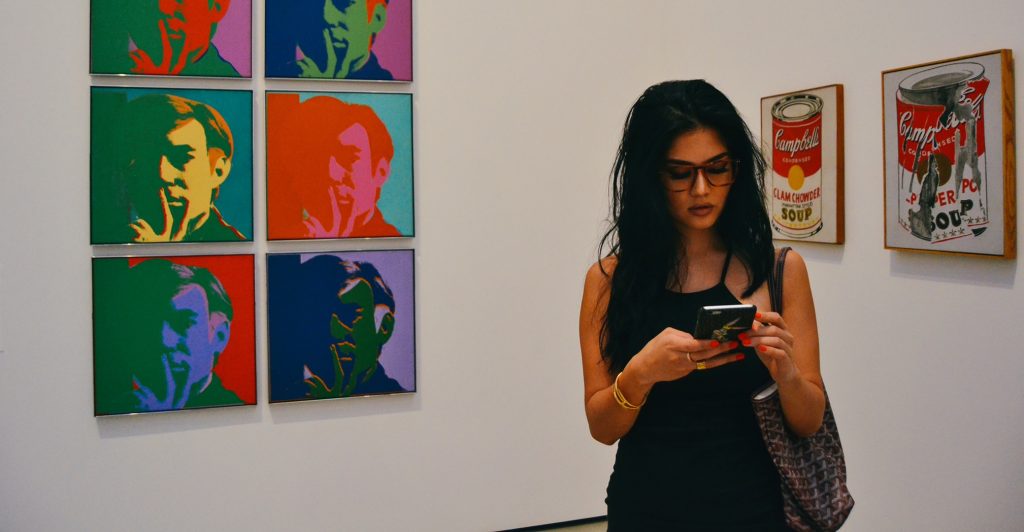 How have you learned to grow a thicker skin?

We live in a very judgmental world. Every one is very opinionated. And we just gotta learn to not take things too personal.

For example, my DJ partner, Kat, gets really upset when someone posts something really personal about her. If you’re getting upset over this one comment out of like a 100 comments, than imagine what people like Rihanna or Kim Kardashian, etc. and how much hate they have to deal with. So you just gotta have thick skin. Just stay positive and don’t worry.

I know it’s easier said than done, but it’s just like a mental thing you have to tell yourself.

I think if I wasn’t like that, I’d be so upset everyday. 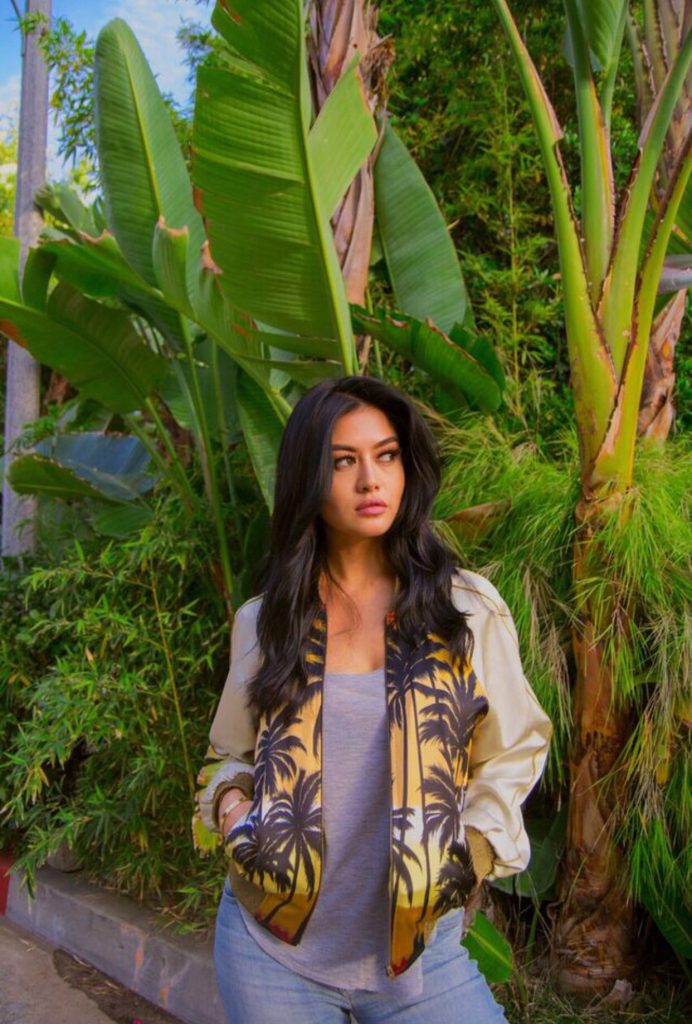 What strategies do you have to be great or successful at what you do?

We’re so lucky to be on this earth, so why don’t we just do the best and most we can do and accomplish whatever the hell you want in life.

I’m a very passionate and driven person. And I try to be positive everyday. I read a lot of motivational and personal development books. I believe in energy. I read the Secret all the time and I watch the Youtube videos.

What makes me truly happy, is when someone says “Congratulations on everything you’ve done and you’ve inspired me.” I get really inspired by people who are motivated by things that I do, because that’s really what I want.

So that’s what motivates me, but I think what I feel like I really need to do is network. I mean, beacuse of social media, I’ve run into so many opportunities. A lot of my contracts and gigs I got through networking as you can see through my career.

I just think social media is so important for our era.

What advice would you give to yourself when you first started out?

To be patient. I’m a really stubborn and aggressive person and it’s ruined some of my relationships in the past and so I would advise myself to be patient. I think I would have been able to achieve a lot more. 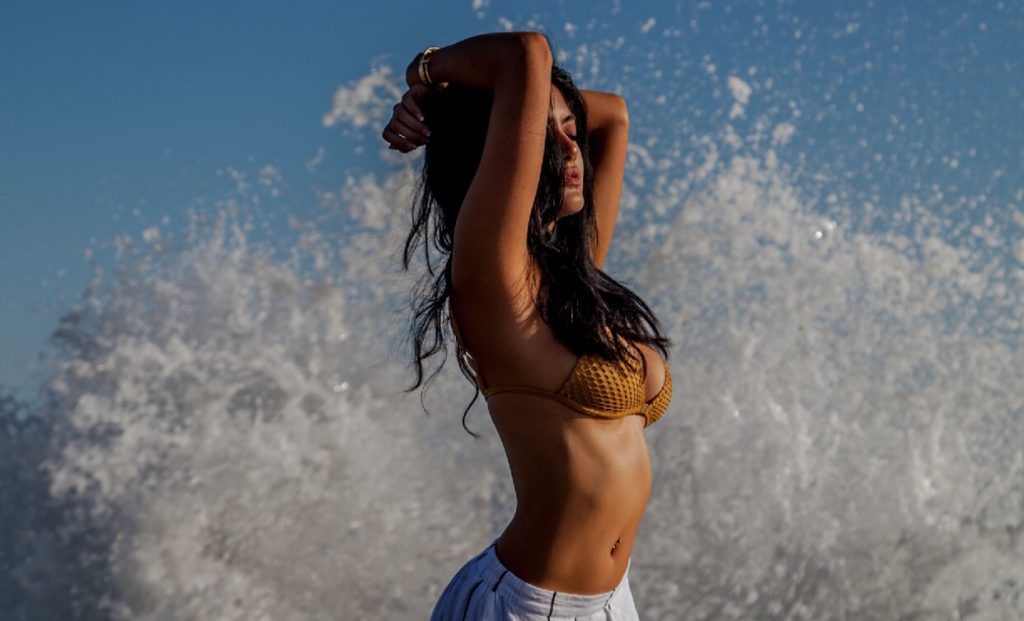 What’s something that you’re especially proud of?

Well, Kat and I went to an orphanage in Vietnam and we just kinda walked in and surprised the kids there and the kids were just so happy. I was so touched.

Kat gave a little boy and he turned and gave it to his friend. And we were so touched. So I really feel that people need to count their blessings because we’re all just so lucky.

I really look up to Angelina Jolie. On one side, she’s really hot, but at the same time, she’s doing all these amazing things, helping children and doing charity work. Just some epic stuff.

I just want to do what she does. It’s amazing.

For more info on Kim Lee, you can check out her Facebook here and her Instagram here.