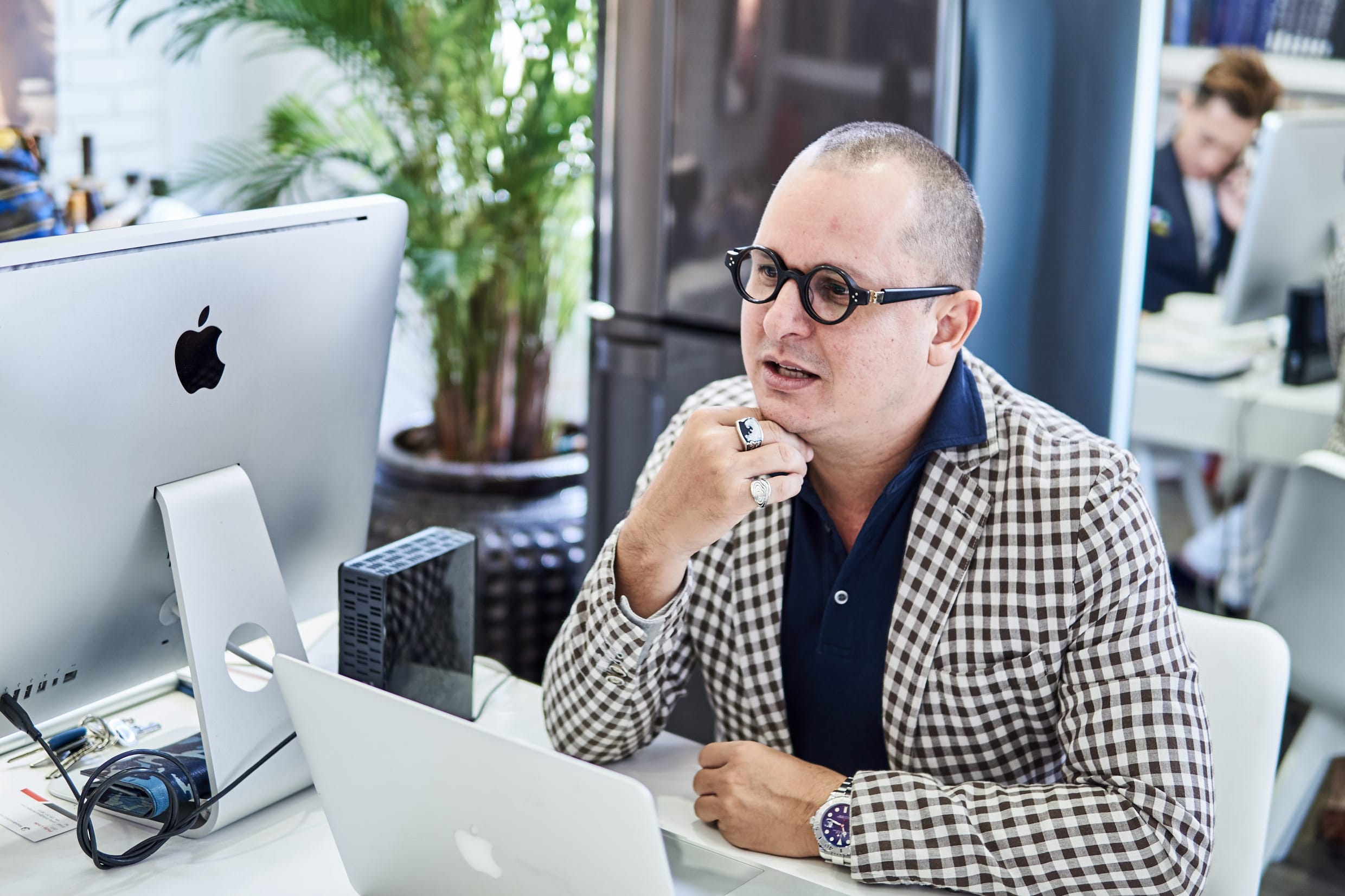 Luis Antonio Torres: Why the Aspirational Dollar in Vietnam is Higher than Ever

Fashion is an ever evolving subject in Vietnam. There are its highs and its lows. The men’s and women’s basics. And then there are the luxury products.

The Vietcetera team has been researching the full spectrum. We’ve covered women’s basics and lifestyle brands like Nosbyn and the growing demand for premium brands through online channels like Leflair.

Though we wanted to take it up a notch and speak with one of Vietnam’s experts on high-end fashion. Someone who knows the process from start to finish.

Known as one of the top pioneers luxury designers in Vietnam and in Asia, Antonio has earned his stripes after more than 15 years of living in Vietnam. He’s done everything from design, manufacturing, to retail. All based in Vietnam.

We were able to sit down with Antonio to get the inside scoop on his perspective of Vietnam’s rising luxury market. 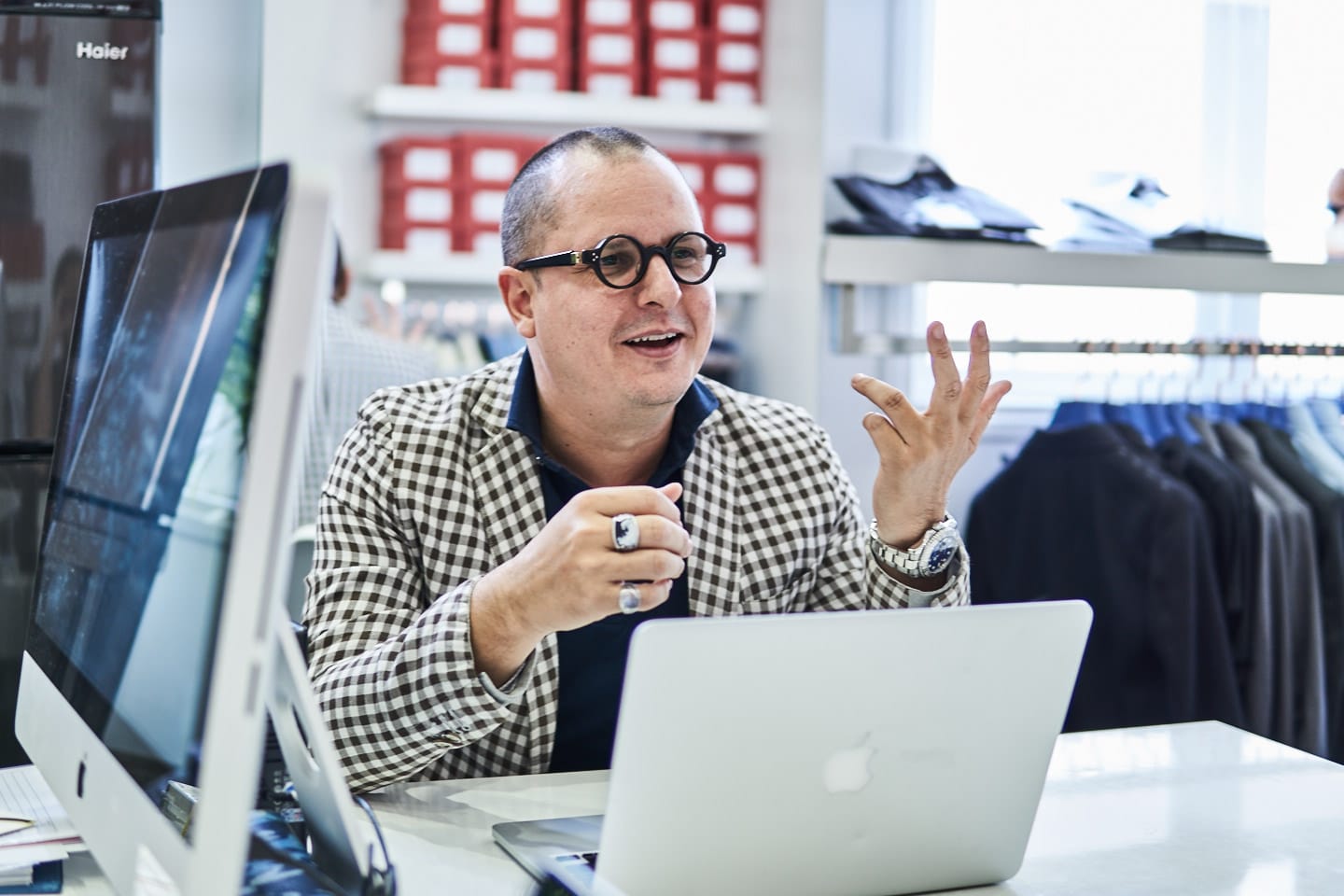 What led you to Ho Chi Minh City and keeps you here?

Before arriving in Vietnam, I worked in retail, corporate, and outsourcing in America. I spent some time working in Southern California’s Little Saigon, helping to source handmade products for American luxury designer brands such as Richard Tyler, Barneys New York, Bergdorff Goodman, James Perse and Marc Jacobs. That was my introduction to the Vietnamese community which opened many doors and ideas. 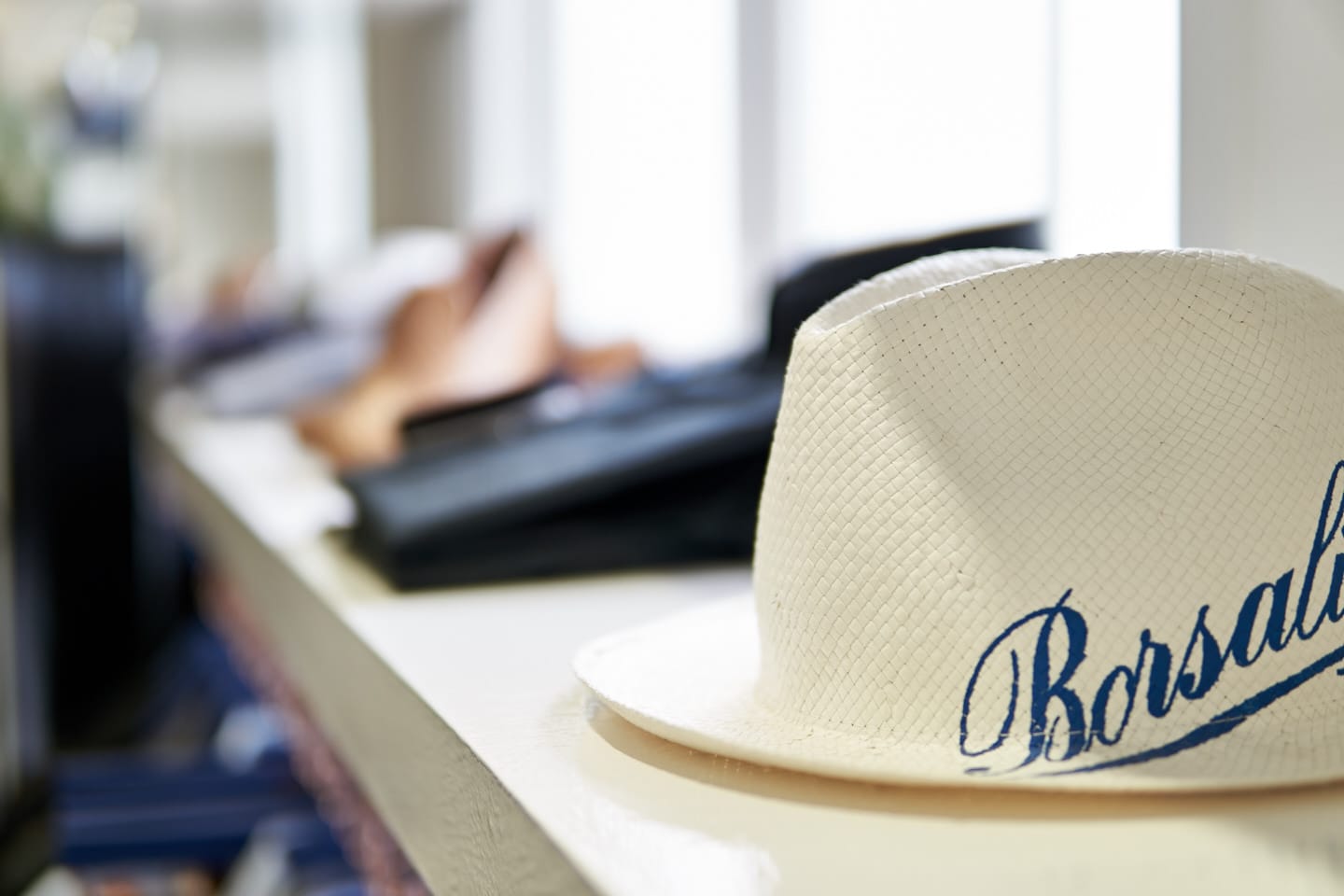 After leaving my business venture in America, I went on a trekking mission to Vietnam. The trip was inspired by my former Vietnamese-American factory manager and my experience working in Little Saigon.

When I arrived, the sea of people and bicycles wow’ed me. The architecture, food, city were all full of history and art. Little Paris de Vina is what I called it. It inspired me to research the market. For me, it was an untapped honey pot. I decided to take a punt. I spent my visit scoping out factories. Six months later I came back. At the time, everyone was going to China, not Vietnam. It was a risky move, but I felt something special about Vietnam. 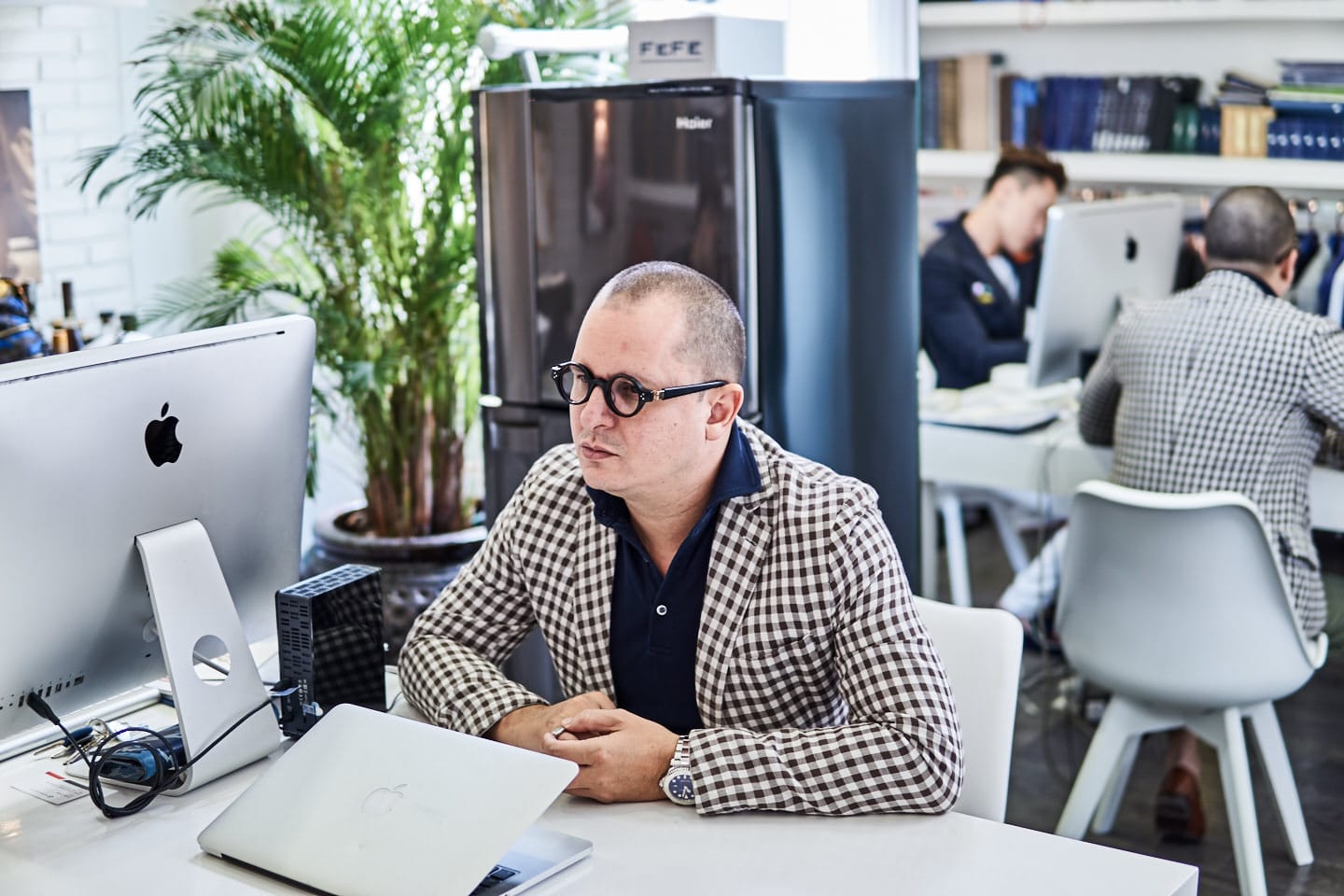 Will there ever be a global Vietnamese luxury brand?

Yes! But it’ll take time and I see a few things getting in the way of a global Vietnamese luxury brand’s emergence in the market.

The downfall of Vietnamese business is that it’s too personal and relationship-based. There’s not enough business-driven decision making.

That’s why there are few luxury businesses originating in Vietnam, or even in Asia for that matter. There are too many family ties for a very focused, micromanaged, scrutinized luxury brand. 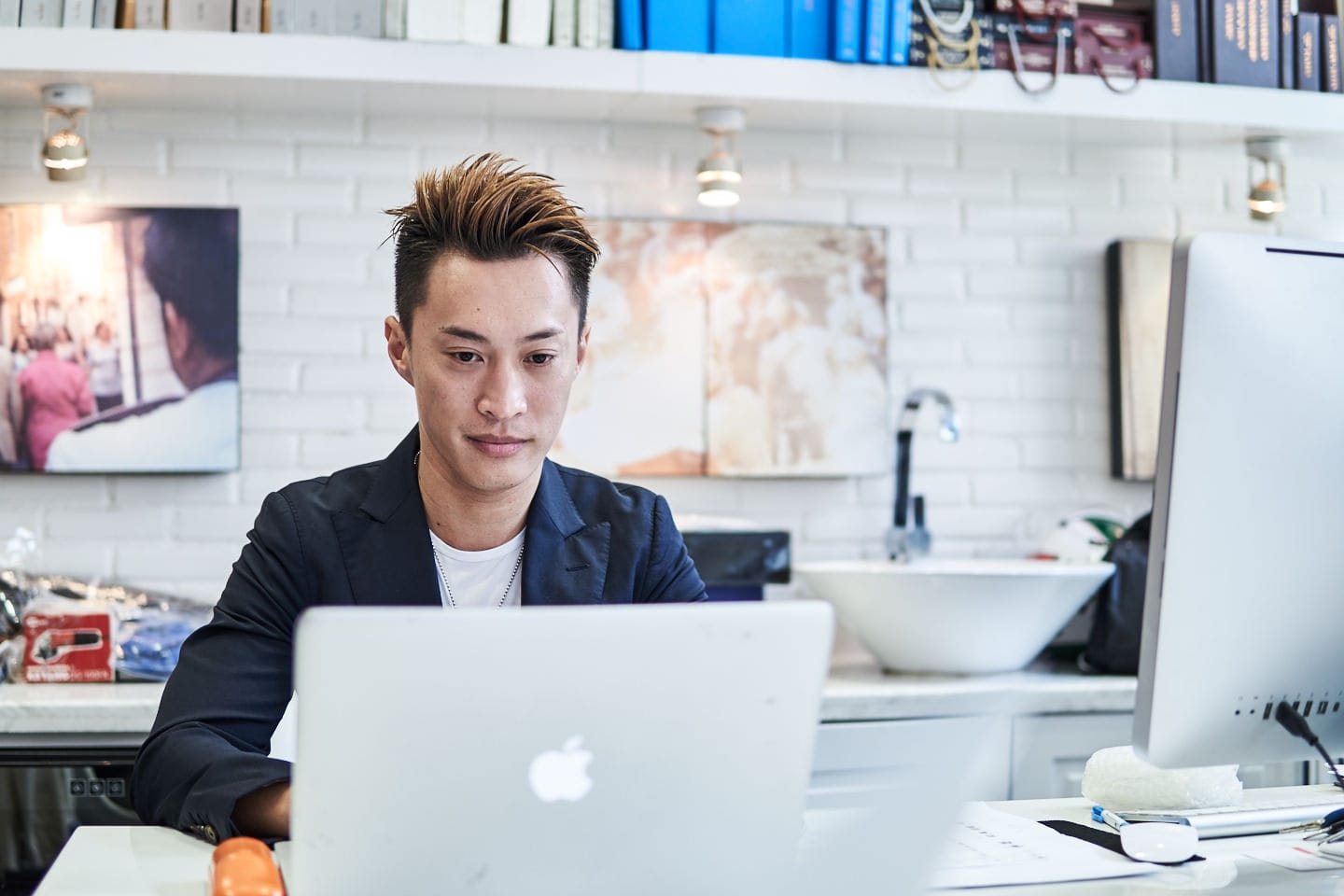 If you look at existing developed markets in Asia like Hong Kong, Japan, or South Korea, you would think there are more domestic luxury brands. The reality is that there aren’t that many.

While there is an understanding of luxury goods, the ability to create a brand here is much more difficult. 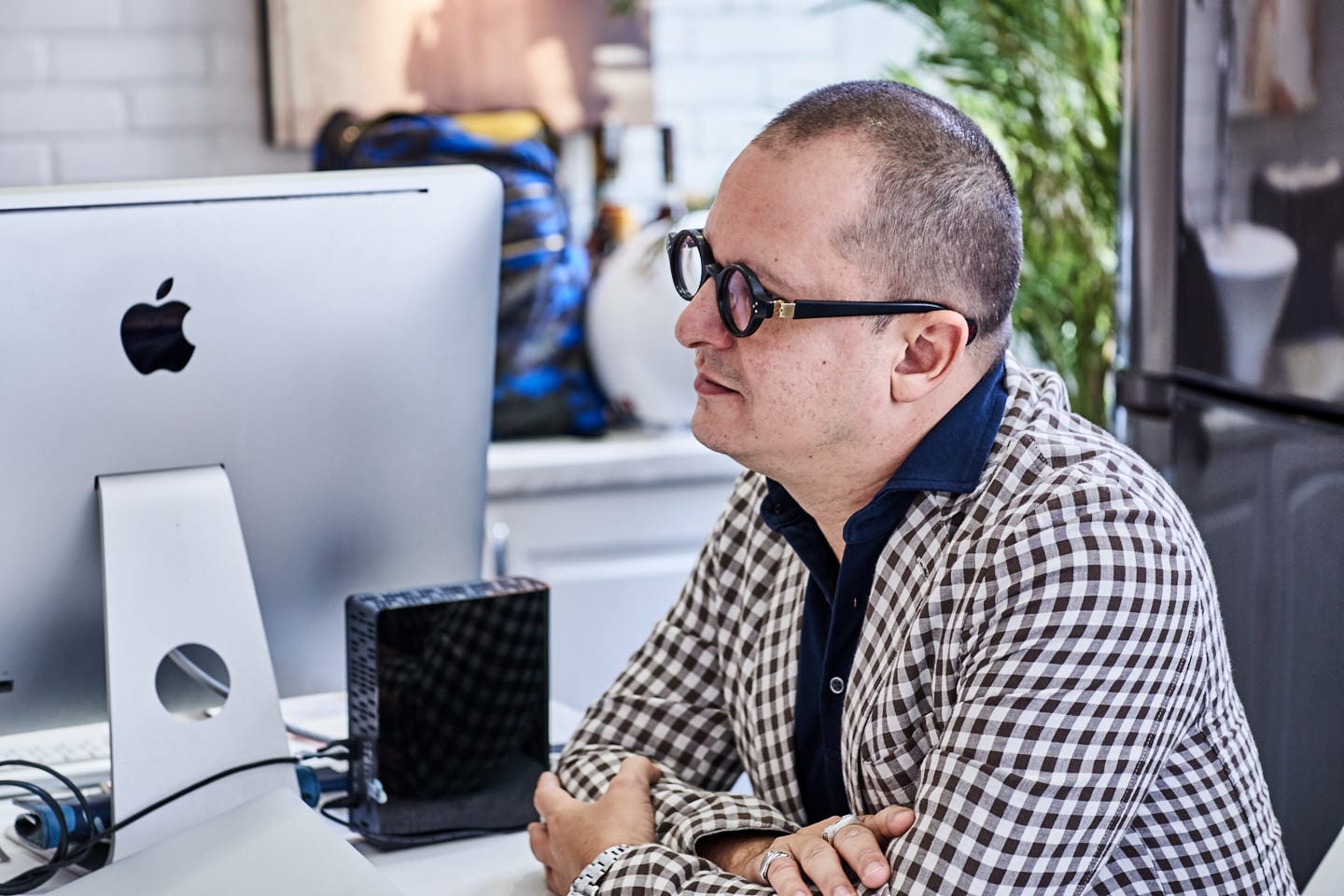 Would you at least say that Vietnamese have an understanding of luxury goods?

In other words, Vietnamese people have the know how. If you think about it logically, Hanoi and Saigon used to be hubs for style, taste, and trend setting in Asia.

If you look at post-1945 Asian history, Shanghai, Hong Kong, and Saigon were the most fashionable cities in all of Asia.

Saigon was known as the Pearl of the Far East. It had the style and taste of a cosmopolitan city. Why did Bangkok and Singapore take over that realm? The disruption of Vietnamese culture caused by war and economic stagnation.

But that didn’t spell the end of the style and taste that Vietnamese people have. That’s irreplaceable. 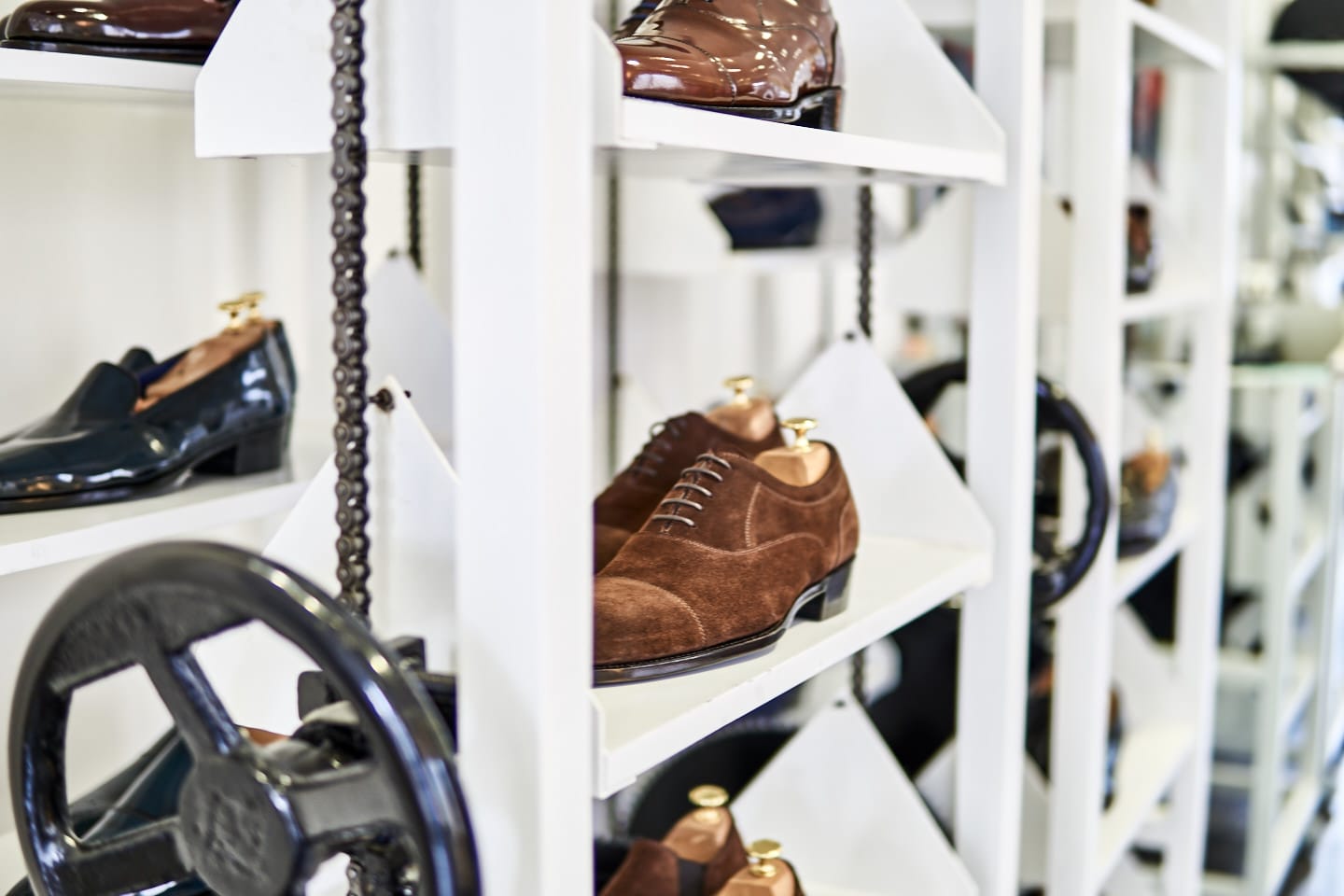 Vietnam is one of the only Asian countries to be colonized the way that it has been. Everything from French architecture to food and taste have been intertwined in a refined and elegant way into Vietnamese culture.

As a result, many Vietnamese have a spectacular grasp on the Western understanding of luxury goods. That’s why I’ve planted my flag here. Vietnam will become a huge luxury market in the next ten to fifteen years. Maybe not for brand creation, but certainly for brand consumption. 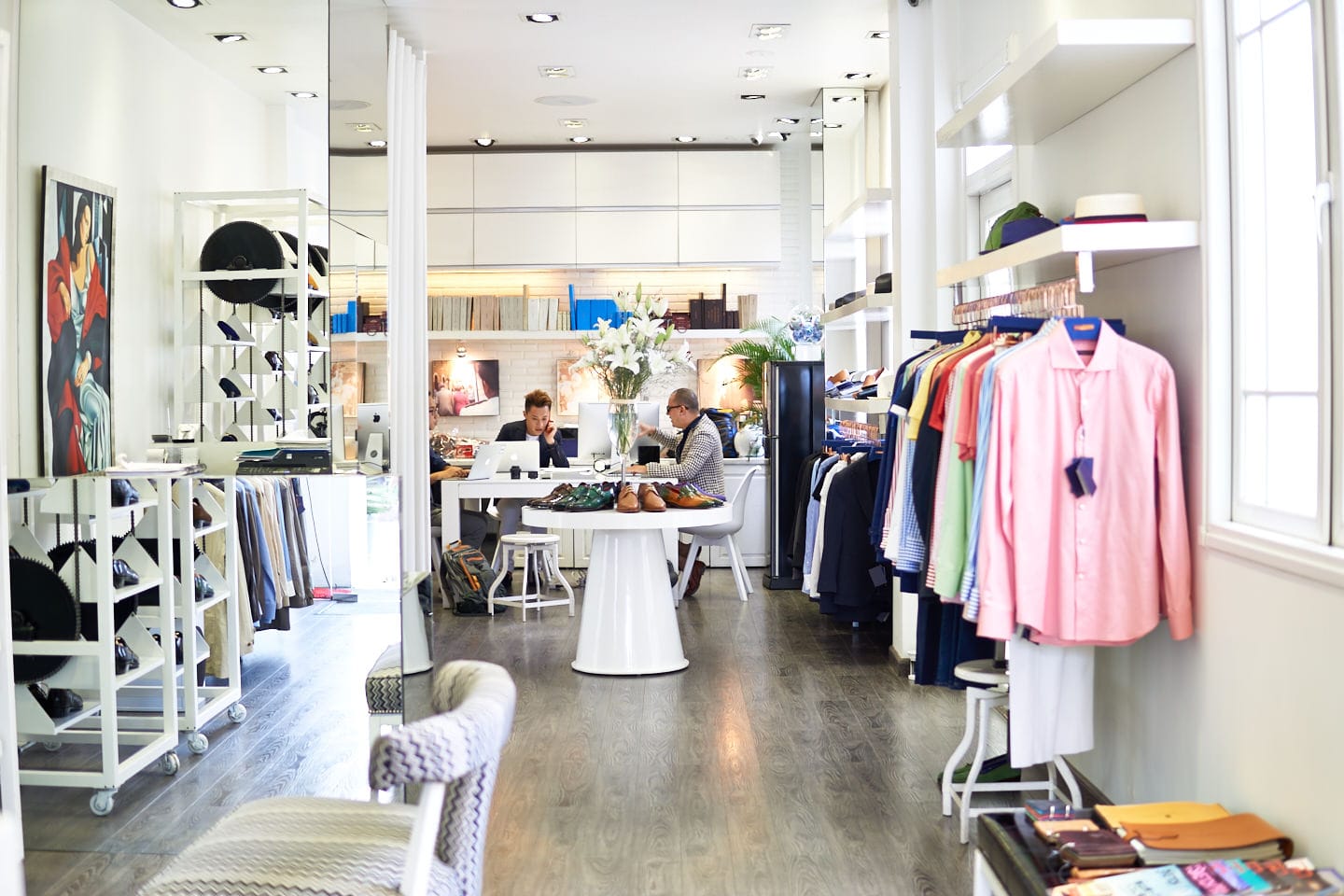 What about the rest of Asia? China? Do they understand luxury brands?

China missed that boat a long time ago. It’s no mystery that China is the number one market for luxury good consumption in the world, but it’s not driven by style and taste.

The Chinese love to spend, but don’t see the luxury brand in the same way that the Vietnamese do.

The modern Chinese economic boom has trained its society to be a market for mass produced, cheap products. Vietnam has been trained in a way that is biased toward meticulously well-crafted goods. It’s reflected in the steady modernization that we’re seeing today.

Vietnamese labor is able to match the craft and details that a luxury premium brand demands. It says a lot for the future of the business here. It inspires me a lot. But again, the main obstacle is shedding the bias for family and relationship driven business.

Vietnam’s main asset will always be the fact that it is a hidden treasure. The brand remains a mystery to many. You have to uncover it by yourself. 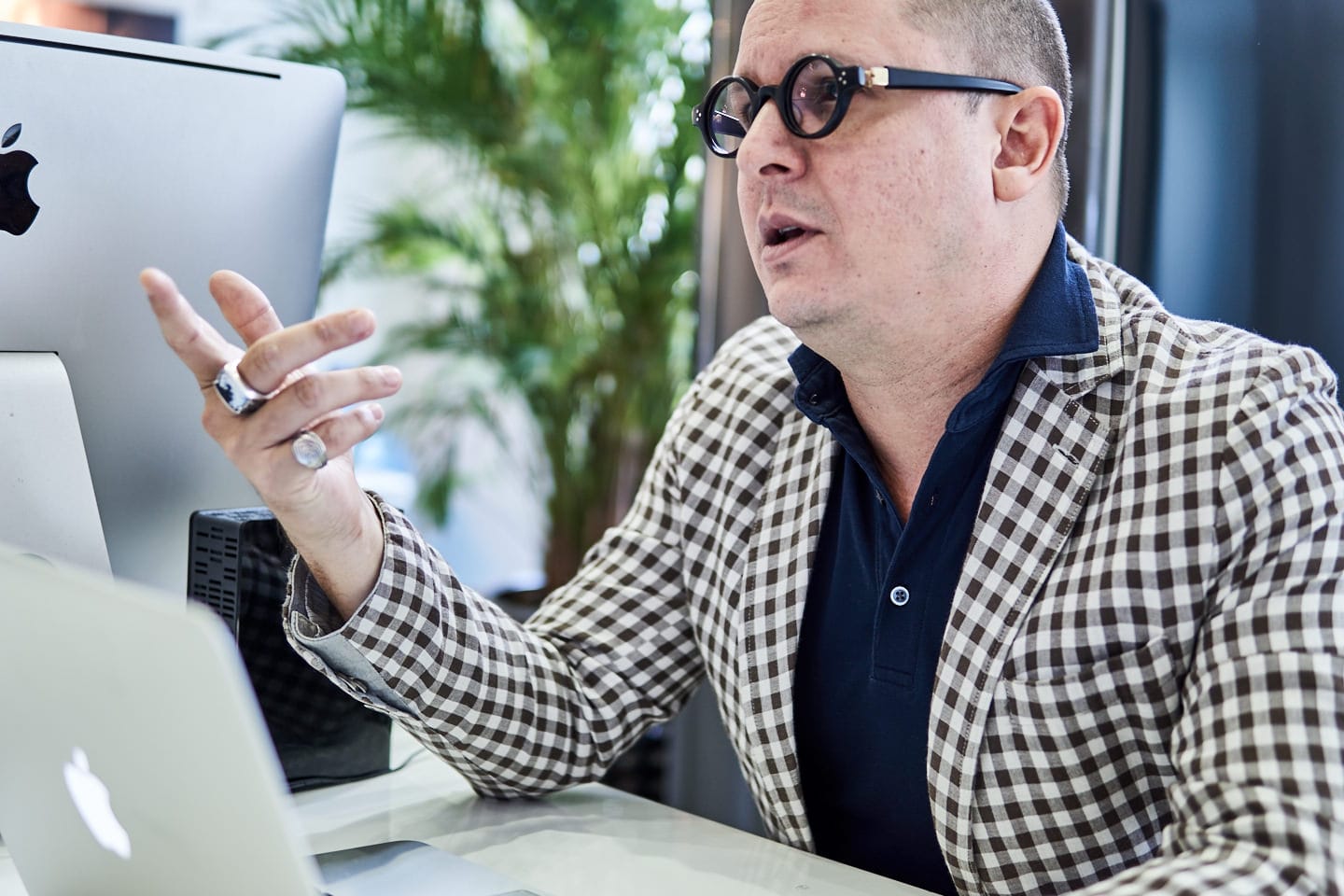 What’s your next business venture?

In 2008, my business partner and I decided to start Massimo Ferrari, now rebranded as Antonio De Torres. A men’s high-end fashion brand. It was very pioneering at the time. A mix of Italian and Vietnamese-style. It was a huge risk, I wasn’t sure it would work. Eight years since opening the store, it’s worked very well. 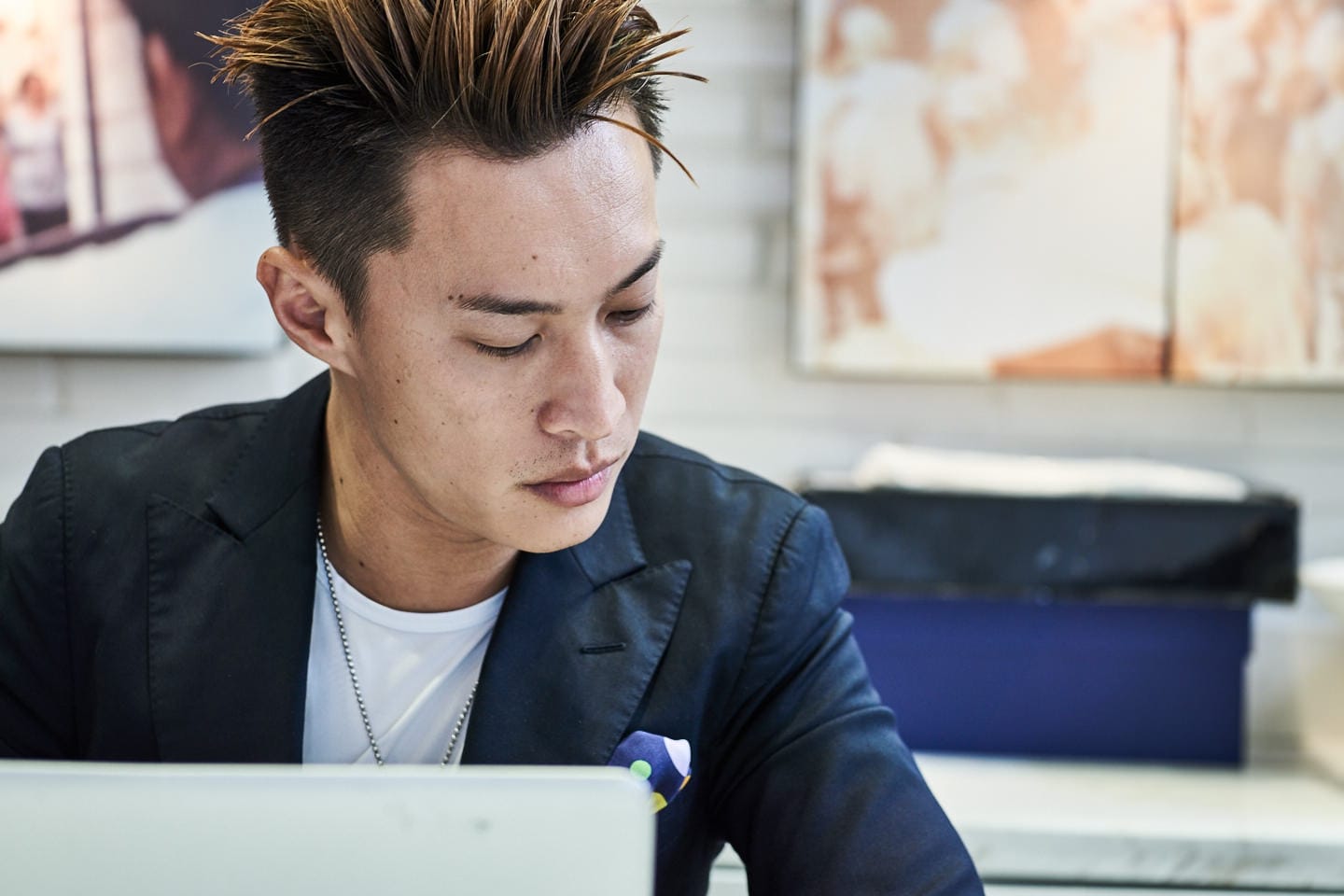 We’re now working on rebranding the store to Antonio Torres. We’re micromanaging every detail to maintain quality. It’s not only a business, it’s personal too (since the brand is my own name!).

We’re polishing the brand so that it targets local Vietnamese. It can’t rely on expat business. We’re zoning in on the 1% of the local Vietnamese population. The 22 to 35 year old age group remains to be the most dynamic age segment amongst our clients. 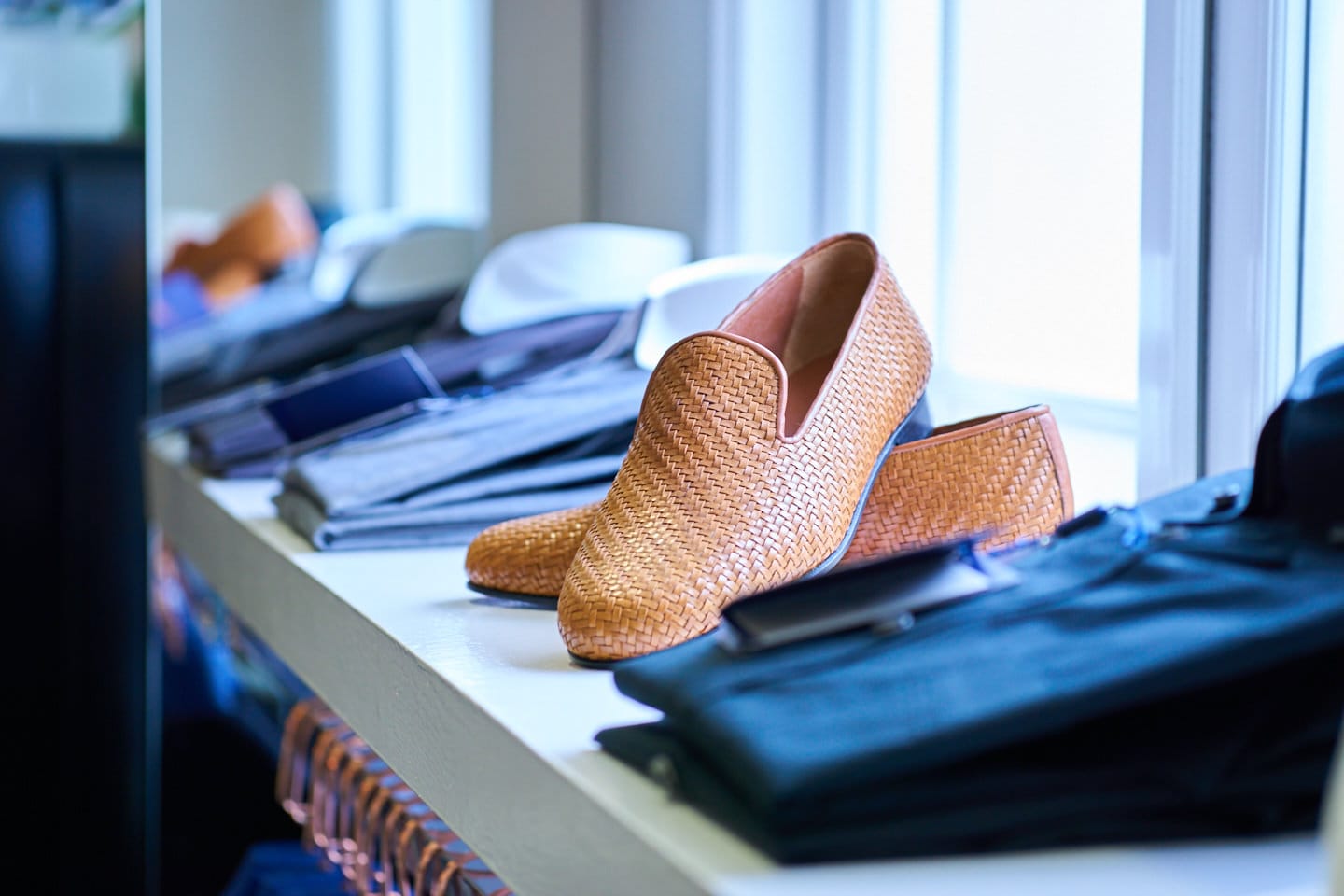 What are some problems that you’re seeing in the “New Vietnam?”

People think it will be peaches and roses because it’s cheap. Everything is expensive now, it’s different. There’s enough new rich Vietnamese people to support the luxury lifestyle. While income levels are still relatively low, the “aspirational dollar” is still high.

The aspiration to own luxury is higher than ever. At Vietnam’s current stage, food and beverage is leader of that aspirational dollar pack. Soon, retail will hit that level for consumer consumption. What happens to the lower and middle classes of Vietnam is to be seen. 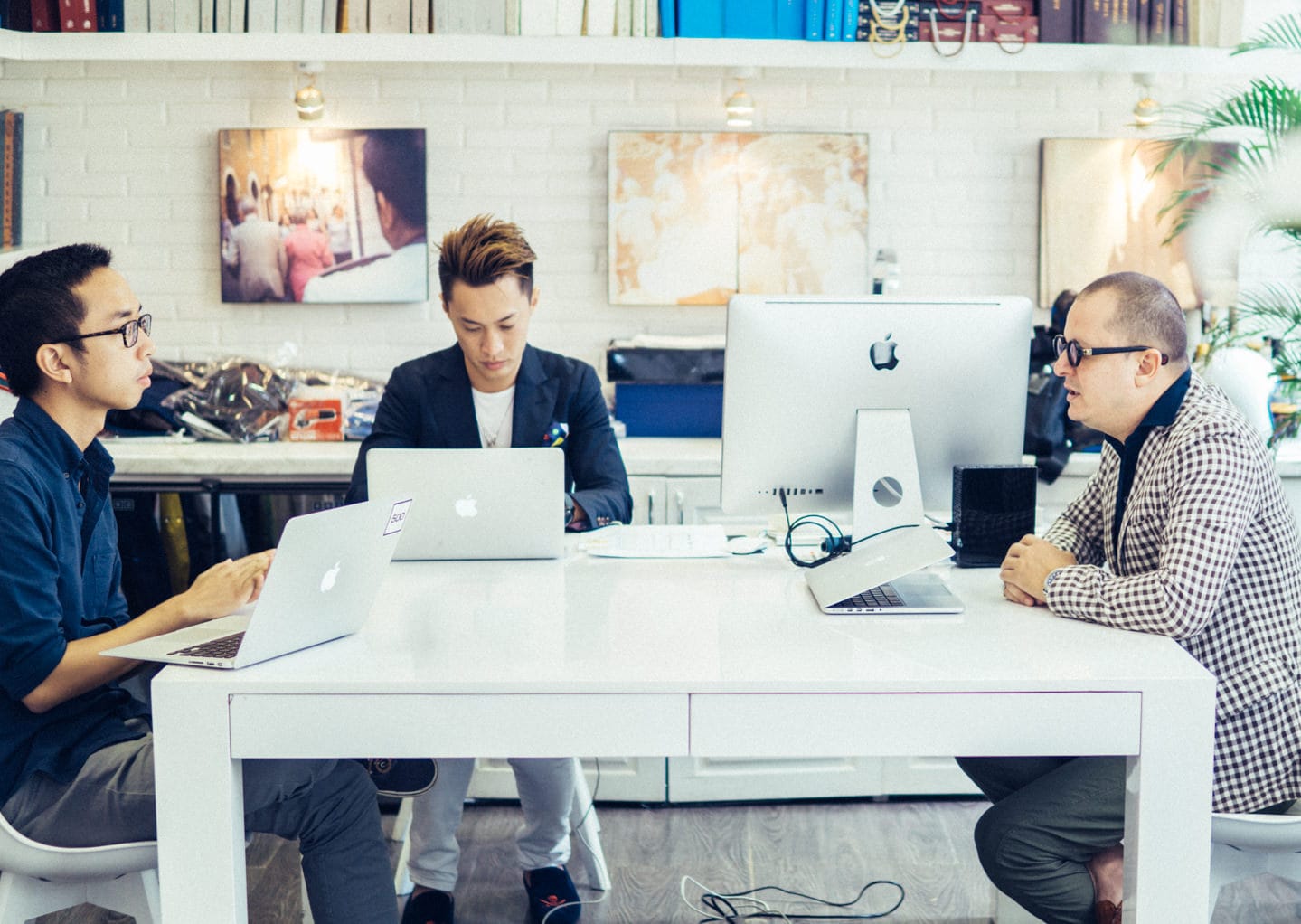