Opinion | Vietnam Is Emerging As A Safe And Robust Economy, While The United States Falters | Vietcetera

Opinion | Vietnam Is Emerging As A Safe And Robust Economy, While The United States Falters

Vietnam has quietly emerged as a stable and sustainable economic success story, with substantially lower risk of a major economic and currency crisis 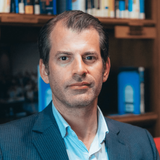 There is a prevalent assumption by many investors that assets held in the United States and denominated in USD are a safe haven, and that investments in emerging countries such as Vietnam are riskier. In times of uncertainty, investors flee to perceived safety. I will demonstrate that the United States is something like a supposedly unsinkable ship headed for an iceberg, while Vietnam has quietly emerged as a stable and sustainable economic success story, with substantially lower risk of a major economic and currency crisis than the United States.

Throughout history, countries consistently go through certain cycles. Two cycles we will explore in this article are the long-term debt cycle regarding a country’s national debt and the associated monetary cycles, and also the wealth inequality cycle. In order to get a clearer picture of what is coming next, I’ve been studying extensively the writings of Ray Dalio, particularly his series

The United States’ national debt is 108% of GDP, double the 54% figure for Vietnam. Furthermore, recent tax cuts in the United States have led to a rapid increase in the

The United States is at the end of its long-term debt cycle. This happens in countries approximately every 50-75 years when national debts become too massive to repay through taxation or finance through new debt issuances, and will normally lead to massive money printing to meet debt obligations. Since paper money is inherently worthless, the increased supply of currency will ultimately lead to significant inflation. When debt holders become aware that a country will be unable to honor its debt obligations by collecting money from tax income or issuing new debt, and will have to print money in order to honor its debt obligations, investors will not want to hold that debt or currency. There will be massive inflation and the value of the currency will collapse. There will ultimately be a restructuring of debts and the monetary system. For the United States, this could end its dominance as the world’s main reserve currency.

The debt and currency crisis periods are typically unexpected by most people at the end of the cycle as they have not lived through the collapse of the previous long-term debt cycle in their country 50-75 years earlier, and they don’t believe it will happen in their lifetime. Something unexpected might trigger it, for example a war or pandemic, or something else that interferes with a country’s ability to issue new debt.

These long-term debt cycles always happen in countries with high levels of national debt: It’s not a question of if, but when the cycle will end. The current long-term debt cycle in the United States, which started in 1945, has been 75 years, which is typically the longest that these cycles run. Meanwhile the United States’ national debt is at the high end of what countries can normally sustain.

When looking at it on a per capita basis, the story is even more bleak for the United States. If the United States were to try to collect this in taxes, it would be $80,158 per person (compared to $1,100 in Vietnam), equivalent to $208,411 per U.S. household.

One of the contributors to the United States high budget deficit is that it spends around 4% of GDP on the military, compared to just around 2% in Vietnam. Military spending is non-productive and leads to

Conversely, Vietnam does not go around the world starting wars in foreign countries, but rather utilizes its military for defensive purposes. Vietnam maintains no bases outside of its domestic territory.

Vietnam has maintained a trade surplus since 2012 whereas the United States has maintained a trade deficit. For the time being, the United States has been able to get the cash to finance its trade deficit through issuing bonds to foreign lenders and inbound foreign investment, but if the appetite for these assets diminishes, there will be extensive pressure on the USD. Conversely, Vietnam’s trade surplus enables the country to accumulate foreign currencies, which increases the supply of foreign currencies in Vietnam relative to demand for those in Vietnam, hence pushing up the value of VND relative to other currencies such as the USD.

Some countries in the post World War 2 era have done better than others at engineering a robust middle class and took measures to prevent a rapid consolidation of wealth and power in the hands of the elite. For example, in the aftermath of World War 2, most Northern European countries as well as Japan redistributed wealth and deliberately created systems to ensure the emergence of a strong middle class. The architects of those post-WWII states understood that a strong middle class would be the basis for strong social stability.

Most observers don’t believe that the rapid increase in wealth inequality in the United States will lead to some sort of collapse or re-levelling event as described by Walter Scheidel. However, as Yuval Noah Harari pointed out in his book Sapiens: “It is an iron rule of history that what looks inevitable in hindsight was far from obvious at the time.” He explains that social/political changes happen on a time scale which is slow enough that most people underestimate the risk of imminent collapse.

On the other hand, Vietnam has done an excellent job building a strong and rapidly growing middle class in the aftermath of a series of devastating wars, the most recent being the American war in Vietnam, a massive levelling event that left the whole country impoverished by the war’s end in 1975.

Vietnam has an extraordinarily high level of home ownership at around 90%, making it one of the highest in the world. This contrasts with home ownership levels of around 65% in the United States. Furthermore, few Vietnamese families have mortgages, and therefore the risk of being forced to sell their properties is low. A high rate of home ownership is a

As Walter Scheidel and others have shown, when the gap between the wealthy and the poor becomes too great, especially when so much of a country’s wealth is held by a very small percent of the population, the system becomes increasingly unstable until there is a re-leveling event, which almost always is

We are witnessing more and more signs of social instability in United States, such as mass protests, in which traditionally oppressed groups are drawing attention to the difficult situations they face and the wide range of structural disadvantages faced by blacks and other minority groups (education, healthcare, job opportunities, police treatment & justice, voter suppression, etc.)

Along with home ownership, a

Meanwhile, the United States has been shifting the costs of education from state governments to the students’ families while education costs have increased, making it especially difficult for poorer students to obtain equality in educational opportunities in contrast to students from wealthier families who can afford the high price of education, or who live in wealthier locations which collect more taxes for education spending.

As a country, Vietnam has a high level of interest in, and openness to, scientific expertise and takes nationally coordinated measures to continuously improve its education outcomes. According to the World Bank, in Vietnam and China, students from poorer households do as well, if not better, in both math and science, as compared to average students in the OECD.

In the United States, interest in Science, Technology, Engineering and Mathematics (STEM) has been declining precipitously. Meanwhile there is a growing anti-science movement in the United States, as demonstrated by the large numbers of Americans who deny climate change, anti-vaxxers, people who don’t believe the evidence pointing to evolution, and now people who refuse to self-isolate and wear masks during the Covid-19 pandemic. Imagine if the United States had quickly dealt with the facts of Covid-19 in January 2020 like Vietnam did, perhaps they would only have 430 cases like Vietnam, rather than 4.3 million cases they are facing (10,000 times more cases than Vietnam).

Vietnam is already scoring higher than the United States on standardized tests of educational attainment, especially in math and science.

GDP is a highly

Given Vietnam’s substantially lower levels of national debt, much stronger balance of trade, robust and growing middle class and better educational outcomes, Vietnam looks forward to a future of robust economic growth and stability, whereas the United States faces increasing risks of a major crisis, very likely involving hyperinflation, and possibly much worse.