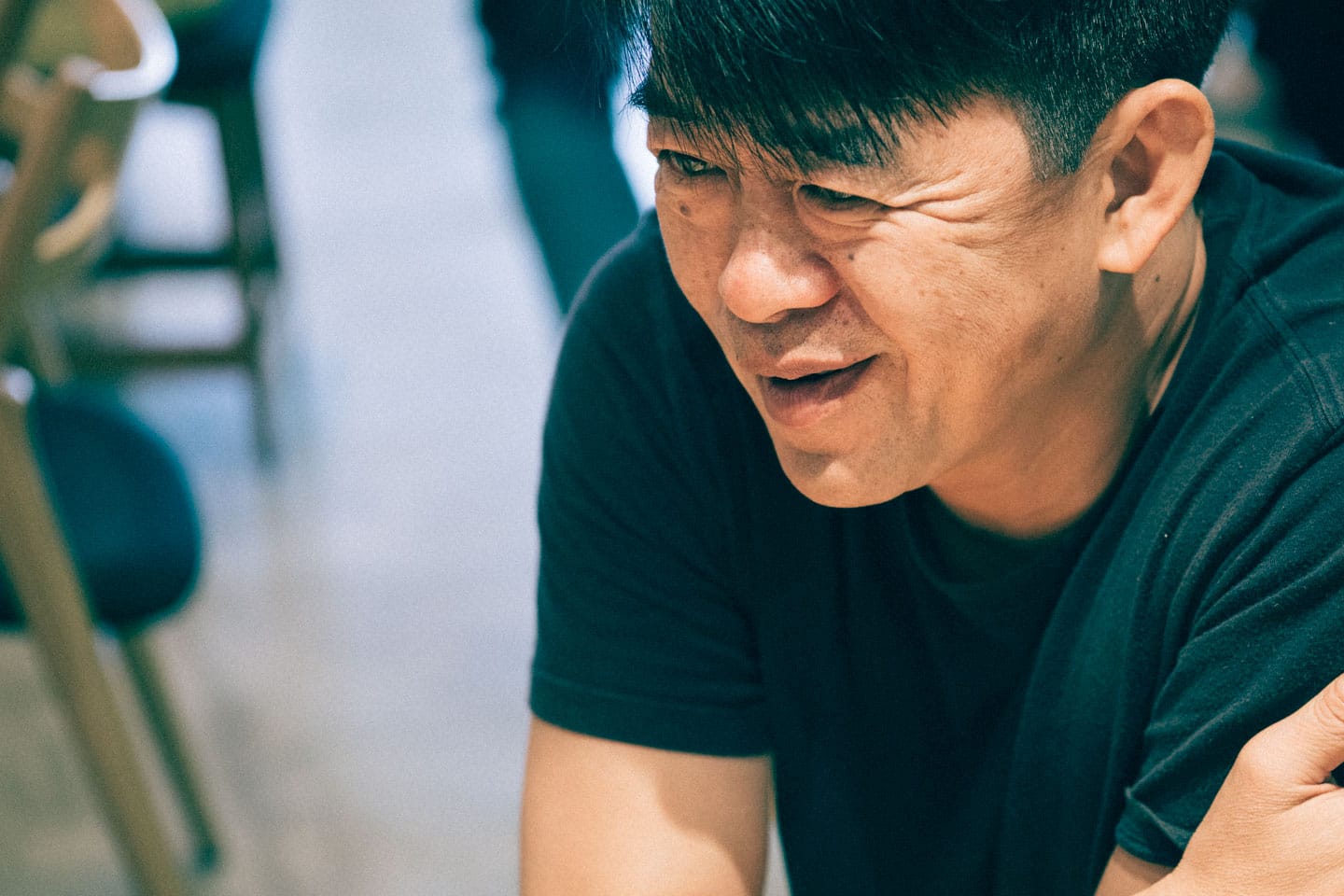 One of our goals at Vietcetera is to shed light on the leaders of the steady modernization of Vietnamese brands. Many of these leaders happen to be living outside of Vietnam, building the brand overseas.

On a recent trip to Hong Kong, we stumbled upon the story of award-winning Vietnamese-American chef Peter Cuong Franklin. An investment banking veteran born in Da Lat and raised in America, Peter has since moved on to his passion for culinary arts.

After training at Le Cordon Bleu, Peter spent time at some of the best restaurants in Hong Kong (Caprice at Four Seasons Hotel), Chicago (Alinea & Next), Bangkok (Nahm) and Vietnam (La Vertical & Madame Hien). He went on to open two successful restaurants, Viet Kitchen and Chom Chom in Hong Kong. Peter now has his eyes on a venture in Ho Chi Minh City.

Read our review of Chom Chom on Vietcetera.

We had the chance to sit down with Peter to learn about his vision to help elevate the Vietnamese cultural brand through food.

What is the world’s opinion of Vietnamese food?

When Anthony Bourdain met with President Obama for bun cha, one of the most remembered facts about the dinner was that “the total check was $6.00.”

For many outsiders of Vietnam, $6.00 for two people is a cheap meal. For me, that’s creating a cheap impression of Vietnam. Cheap Vietnamese food means that people think the culture is cheap. I want to change that.

When people go to eat Japanese ramen, restaurants can charge anything. For many people, a bowl of ramen for $10 is cheap. $15 or $20 is a normal price in a city like San Francisco or New York.

Pho is harder work, it has all kinds of good shit in it and takes longer to prepare. But the minute you try to charge $10, it becomes too expensive. That’s the biggest issue that we have as advocates of Vietnamese food. I want to try to break away from that. The price and perception of food reflects the value of the culture. I want Vietnamese food to hit a high level to help elevate Vietnamese culture for everyone. 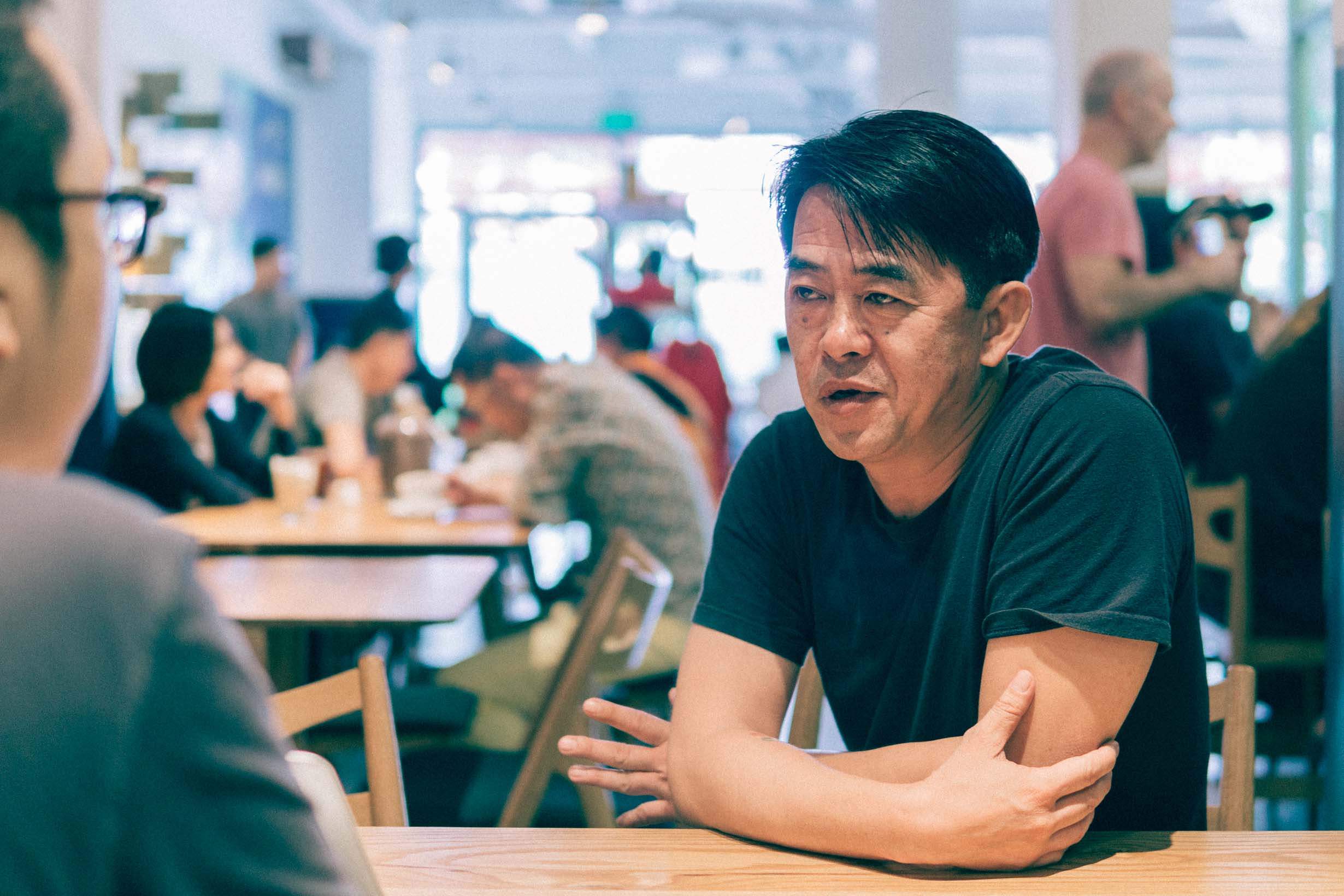 What’s next on your culinary adventure?

In the past few months, I have been doing a lot traveling and eating in search of new ideas and inspiration. I am excited to participate in an upcoming fundraising event called Saigon Street Eats held at Park Hyatt Saigon in December.

I am currently in the process of searching for space and lining up investors for a new restaurant concept based in Saigon. I want to make eating pho a more fun and social experience similar to the restaurant Momofuku in NYC. The experience is important, it’s not only about the food.

We need to move beyond just the French colonial and old school Vietnamese concepts. We can have references to it, but we need to move it forward. I want to focus on contemporary and timeless. The design should not be tied down to any place or time. I don’t believe in recreating every two or three years, it should be timeless. 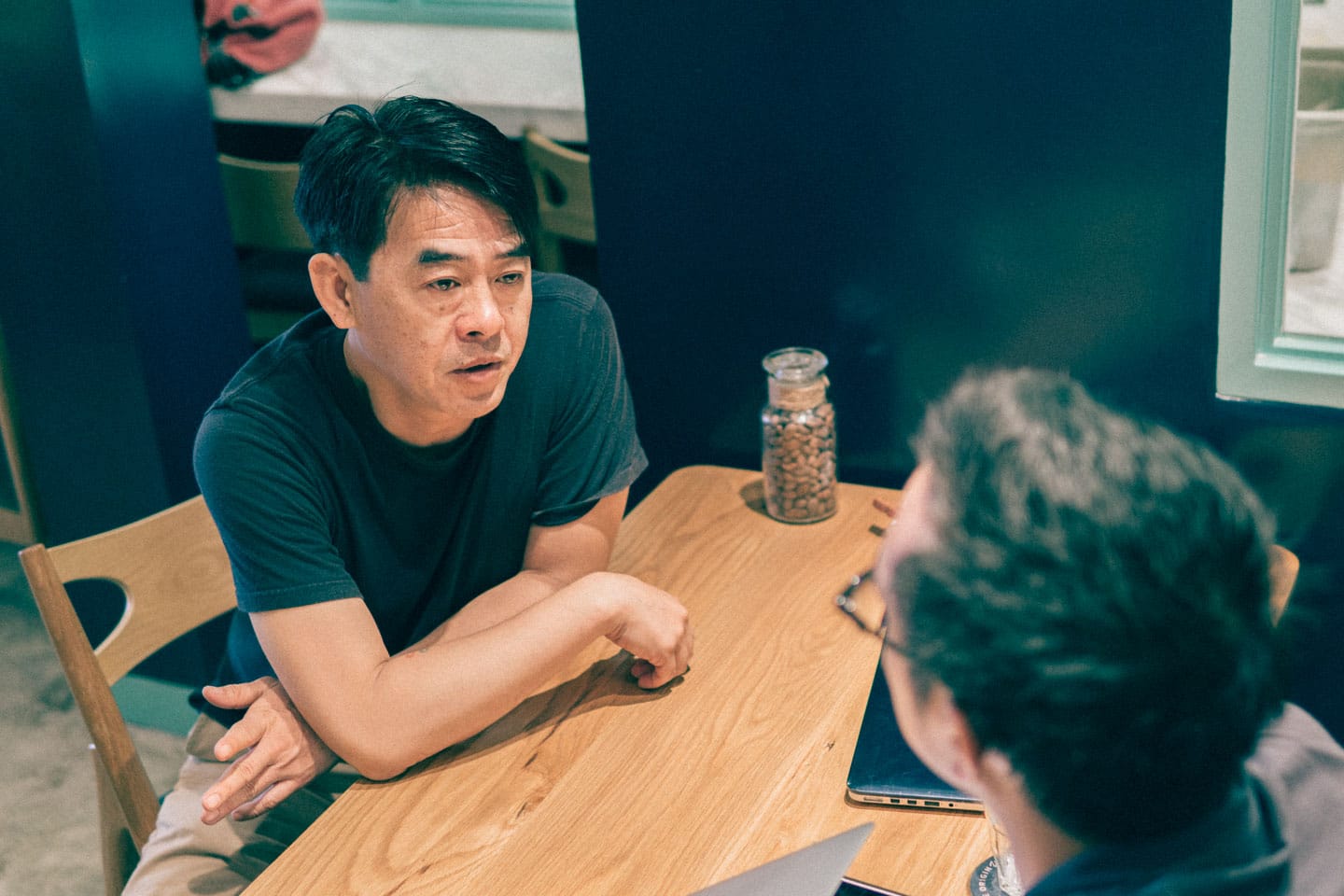 So you’re opening a restaurant in Vietnam for the first time. Why Vietnam? Is there ever a right time for an overseas Vietnamese to look at starting something in Vietnam?

Motorbikes, Vietnamese people, accents, heritage buildings. That’s what makes it special. Coffee out on the street. Gasoline smell. Total senses. The ability to take in all of these things. You’re not going to experience those senses in a Hong Kong office building. When you modernize too much or too fast, you lose the heart and soul. That’s the greatest challenge.

Everyone returns to Vietnam for different reasons. If it’s purely for professional reasons then you have to evaluate the cost and benefits of doing business and working in an environment such as Vietnam. However, for those of us who return for the love of Vietnam, it’s never the wrong time. I also think that the people in Vietnam, especially the youths, are very optimistic, forward looking and open to new experiences. 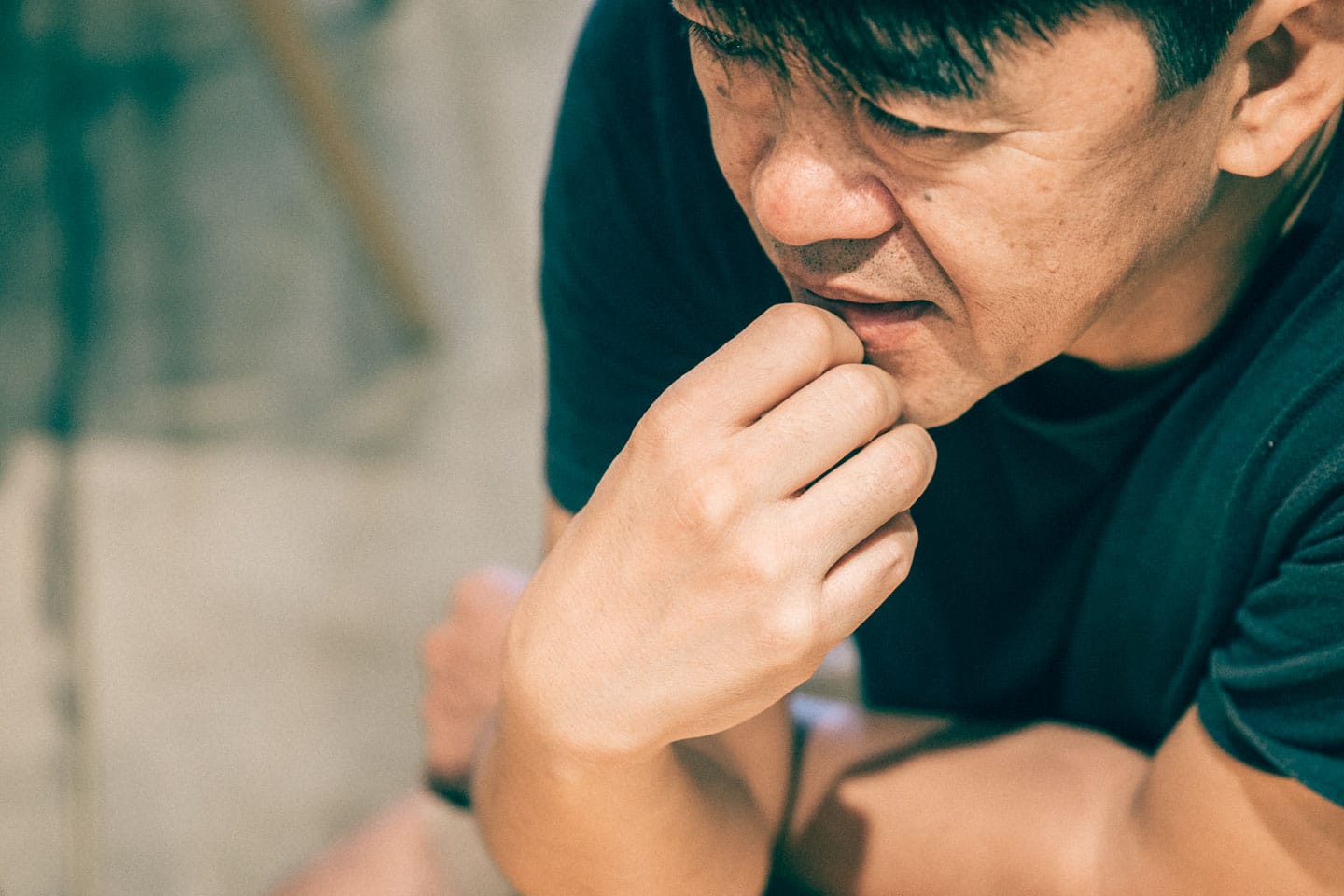 Many overseas Vietnamese have a lifelong love affair with Vietnam. Do you feel the same way? Why or why not?

No matter how far we have gone and how long we have been away, Vietnam, the motherland still tugs at our hearts and soul. At some point, we must return home again. Hopefully we can do some good and make a positive difference.

What inspired you to start one of the first higher-end Vietnamese restaurants in Hong Kong?

Hong Kong is one of great culinary cities of the world and I was lucky to find the right support to open two award winning restaurants, Viet Kitchen and Chom Chom, both in Hong Kong. Now I feel that it’s the right time for me to return to Vietnam to do something different.

In Hong Kong, there were a lot of Vietnamese refugees in the 1980s. Back then, the refugees needed and sometimes took advantage of the government benefits. It created a bad impression that persists today. So what can we do? I believe with food, we can change people’s perceptions. We focus on quality and it’s not cheap. 100 HKD ($13 USD) for a bowl of pho. We managed to convince people that there is a value. Aside from the food and running a business, we’re elevating the cultural brand to a different level.

I believe that the price that people are willing to pay for a certain food, to some extent reflects the value that they place on the culture. 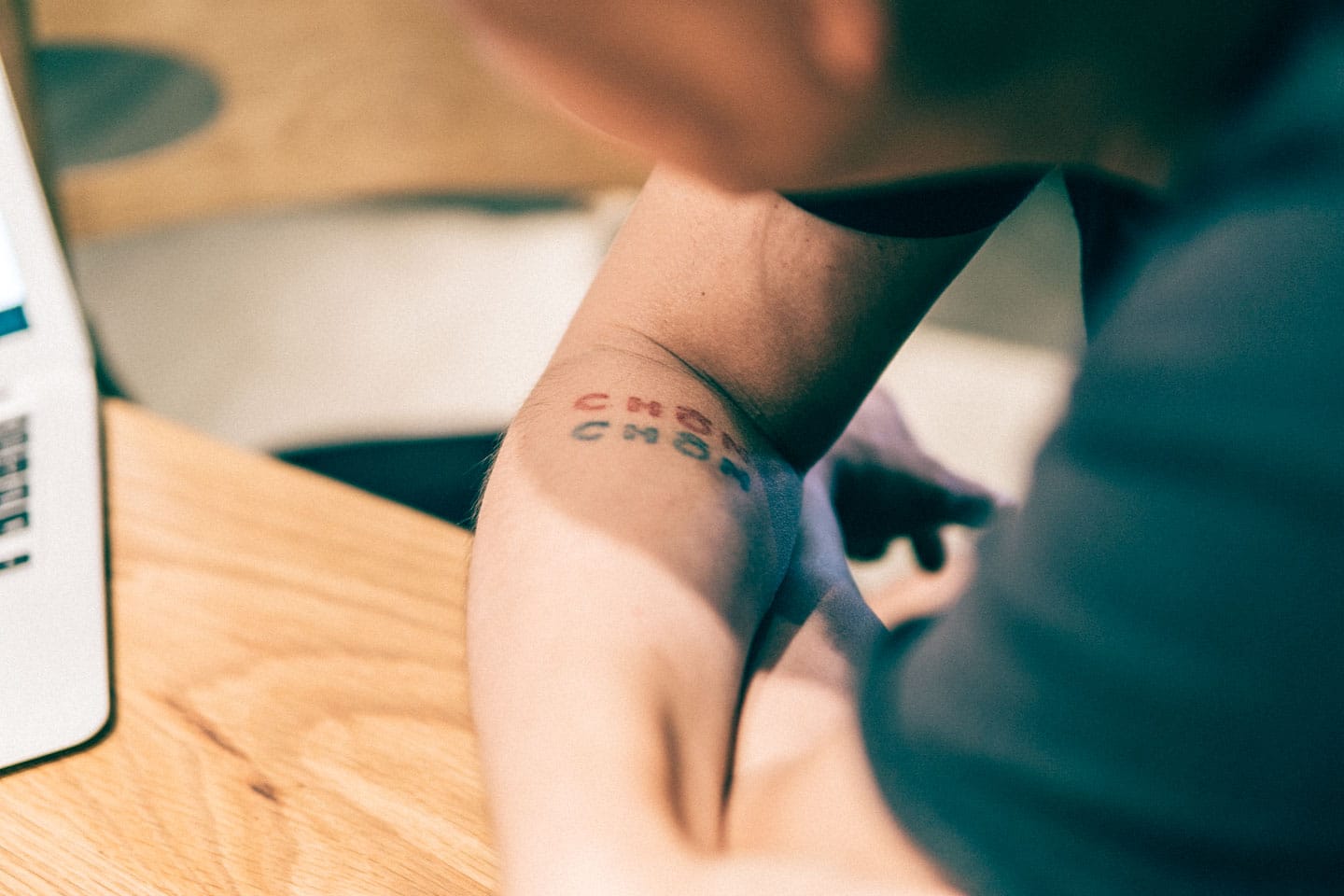 Thanks for your insights, Peter! Some of our readers are curious about your personal background so let’s dive into that.

What are your favorite travel destinations? Where do you want to go next?

Traveling is great for inspiration. I was recently in San Francisco and NYC, two of my favorite cities in America. I just came back from a trip Australia visiting Sydney, Melbourne, Gold Coast and Brisbane. I ate in a few interesting Burmese restaurants in San Francisco which has piqued my interest to travel to Burma to explore and learn more about the culture. 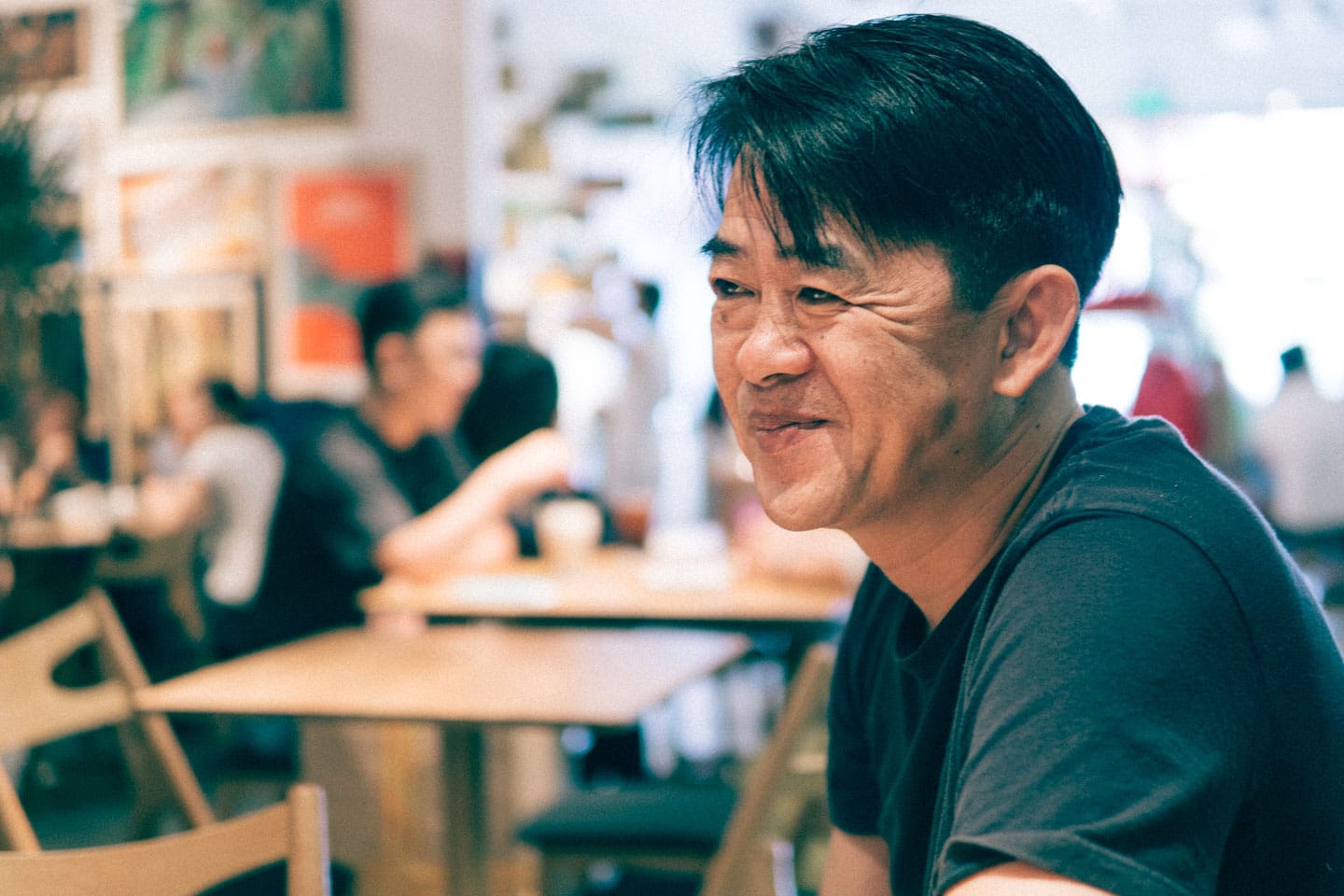 Tell us one memorable story from your experience growing up in United States as a young Vietnamese refugee.

Most of my memories are related to food which might explain why I’m now a chef. I remember when I first landed at the airport in Chicago as a teenage refugee from Vietnam. We went to a cafeteria to get something to eat. My eye popped and mouth salivated, when I saw the biggest tray of crispy fried chicken that I had ever seen. But unfortunately we did not have enough money at that time so I had to hold my chicken cravings until later. Even to this day, I still have an occasional deep craving for fried chicken.

Who should I talk to next?

Neal Barmas. He founded STREETS International, a charity based in Hoi An and HCMC training disadvantaged youths for a career in food and beverage. I got to know Neal after joining the chef advisory board of STREETS International. It’s wonderful to be able to give back and do some good especially for the young people of Vietnam with so much hope and potential. I’m excited to participate in an upcoming fundraising event with them called Saigon Street Eats held at the Park Hyatt Saigon in December.

If you enjoyed reading this article about Peter, please consider liking our Facebook page to follow more stories about the new Vietnam.