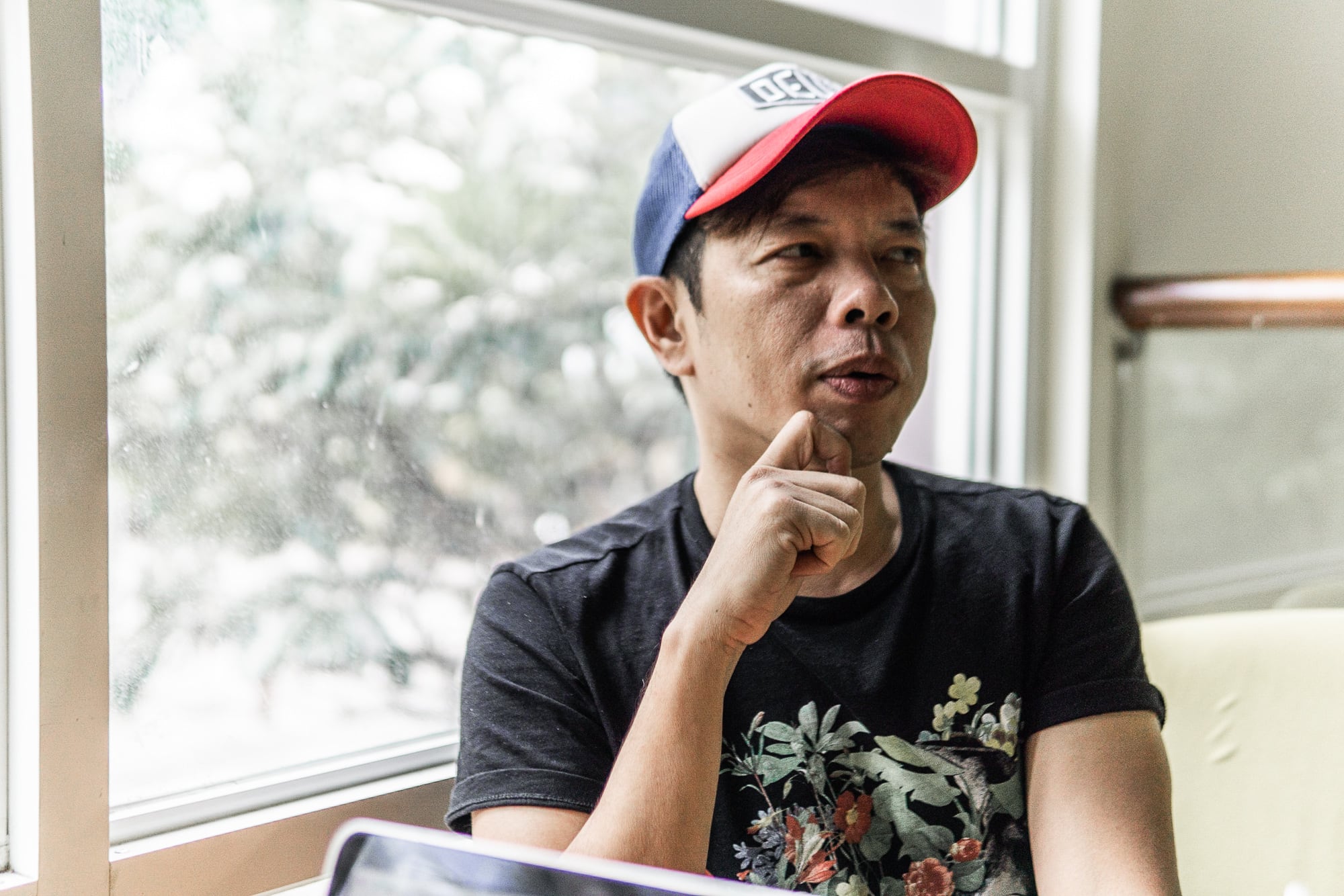 The Vietnamese actor Thai Hoa is famous for playing hapless heroes. Despite his unconventional leading-man looks, and the occasional box-office misstep, the prolific star has formed a “million-dollar” partnership with director Charlie Nguyen.

In his most recent Charlie Nguyen film, “My Mr. Wife” (Chang Vo Cua Em), the 44-year-old plays Hung, a character stricken by guilt about his mother’s death who’s manipulated into becoming a businesswoman’s housekeeper by his sister. Eventually, and against the odds, Hung and the businesswoman—played by Phuong Anh Dao—fall in love.

The café in Phu Nhuan where we’ve arranged to meet Thai Hoa is closed. He pulls up in a Mini Cooper covered in stickers and cute dashboard ornaments and we hop in the back and he drives us to a different place in Da Kao. “It’s my wife’s,” he admits about the car on the way. Removed from his comedy roles he’s self-effacing and watchful. “I’m often asked why I’m so serious in real life—but it depends, I’m still the funny, naughty kid I was growing up when I’m with friends,” he shrugs.

Do people always expect you to be as funny in real life as you are in your films?

Yes, but it takes me some time to feel comfortable with someone new. Then I loosen up and show a different side of myself. But, in fact, I was an aggressive kid. I had fights all the time. I’ve changed now, but still, my last fight must have been in my 30s. 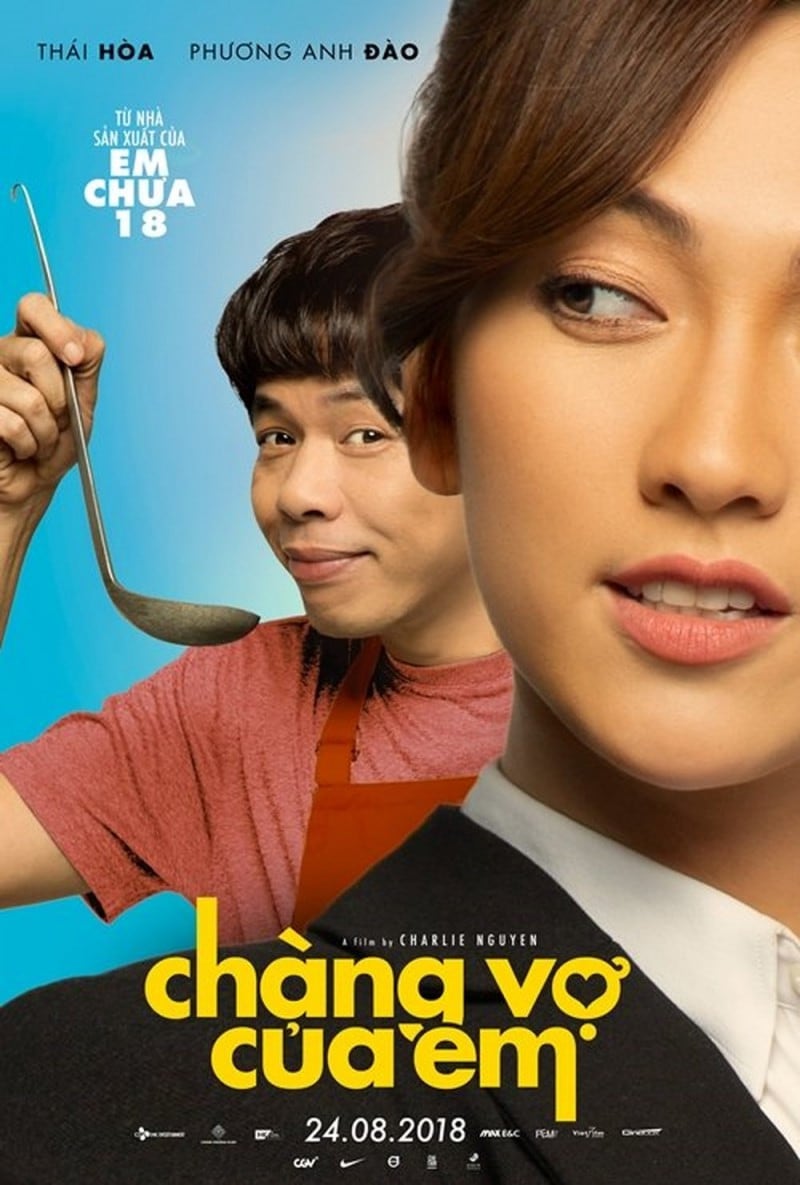 And do you think that with the success of films like “My Mr. Wife” and “Little Teo” you will always have to make comedies?

Honestly, I don’t know which kinds of roles I’m most suited to. I feel if the script is strong enough, the role is good, and I have enough time to prepare then I can play any kind of role successfully. And I’ve played serious roles in the past, like in the films “In The Name Of Love” (Lay chong nguoi ta) and “Once Upon A Time In Vietnam” (Lua Phat).

What do you think is the formula for a successful movie?

It’s very simple, movies should entertain and they should have original elements. For example, “Jailbait” (Em chua 18) was successful because it had a strongly original script with a number of other ingredients thrown in to good effect.

Do you still feel pressure when you’re making a movie?

There’s been pressure ever since I went to study at the College of Stage Performance and Cinematics. Contrary to what a lot of actors say, I didn’t choose to be an actor…and acting didn’t choose me. My mother chose this career for me.

When I was young, because I was really badly behaved, she decided that this direction might benefit me. My parents aren’t artists but they love the arts—my mother loves singing, and my father plays different instruments which he taught himself to play. There was even a small stage inside our house for us to perform on.

But when I started at college I rarely watched plays, and I wasn’t really interested in the course. That was until I met a teacher, Cong Ninh. He gave us exercises to improve our performance—and I’d feel very frustrated when I couldn’t do them which compelled me to practice harder.

During the process I slowly started to love this profession. But with passion comes pressure—if I perform well today, then next time I want to perform even better. The pressure is constant and the way I handle it is to focus on my role, and just try to do my best—another lesson my teacher taught me. 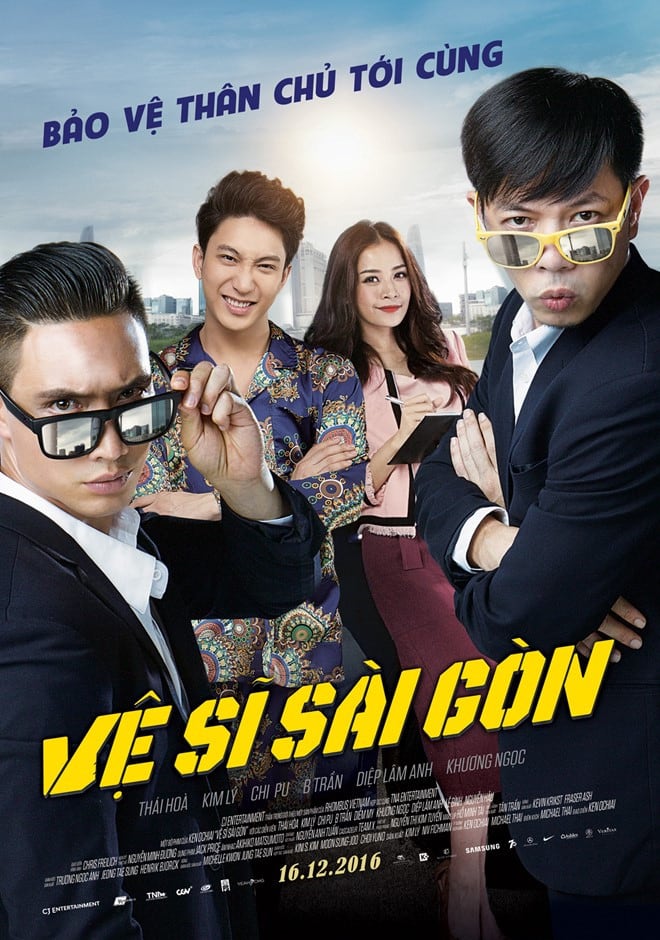 How long is the preparation time and shooting time for a typical film? And at what stage do you assess your performance?

It depends on the production schedule. Here, the preparation time is usually quite short for an actor—one or two months. Then a shoot will last between 30 and 40 days.

And there are usually two distinct points at which I’ll consider my performance—right after the shoot has finished, I’ll know how effectively I’ve played the role. Then, the second point is when I watch the movie alongside the audience.

How do you separate the emotions you feel during a scene from your real emotions?

The line separating ourselves from the person you see on stage or screen is hard to define. Actors are human beings. It’s normal to be attracted to someone’s beauty or personality. But we have to control our emotions and know for ourselves what is right and wrong.

How easy is it for you to get into character? And how do you feel about the characters you’ve played so far?

Each of my roles has been different. In some of my movies, I easily got into character, but there were also some characters that were much harder to get into. To be honest, I’ve never truly been satisfied by the way I’ve played any of my characters. There are always flaws—although I don’t know if the audience have realized them yet. I constantly think I could do better, so I have to keep learning.

It’s like when you look at the Landmark 81 building from a distance; it’s tall and impressive…but you don’t know what it truly looks like until you get closer. My favorite character was probably Hoi in “Fool for Love I” (De Mai Tinh 1)—even though I declined the role at first. But, even then, I feel I ruined the character in the sequel.

How do you see the developments in the Vietnamese film industry? And how do you feel about the recent popularity of remakes?

The most successful recent Vietnamese films, like “Jailbait” (Em Chua 18) and “My Mr. Wife” (Chang Vo Cua Em), haven’t been remakes—although “My Mr. Wife” was originally made into a script in Korea. For me, a good script is the most important element whether it’s a remake or an original story. But I do think it’s becoming harder to create a truly interesting script. There are only so many ways you can tell a story.

Overall, the film industry in Vietnam is developing but that varies depending on the production house. Some put in a lot of effort, and they are becoming more and more professional. Others are more profit-focused—they bungle the job and try to disguise the low quality of their film. That’s why Vietnamese audiences are losing their faith in the Vietnamese film industry. If we want to win back the audience’s trust, we not only have to produce quality films, but we have to keep up that quality so that the audience gets used to watching high-quality films made in Vietnam.

If there was a documentary film about your life, which period should it focus on?

Original interview by Minh Ng and translation by Vy Lam.