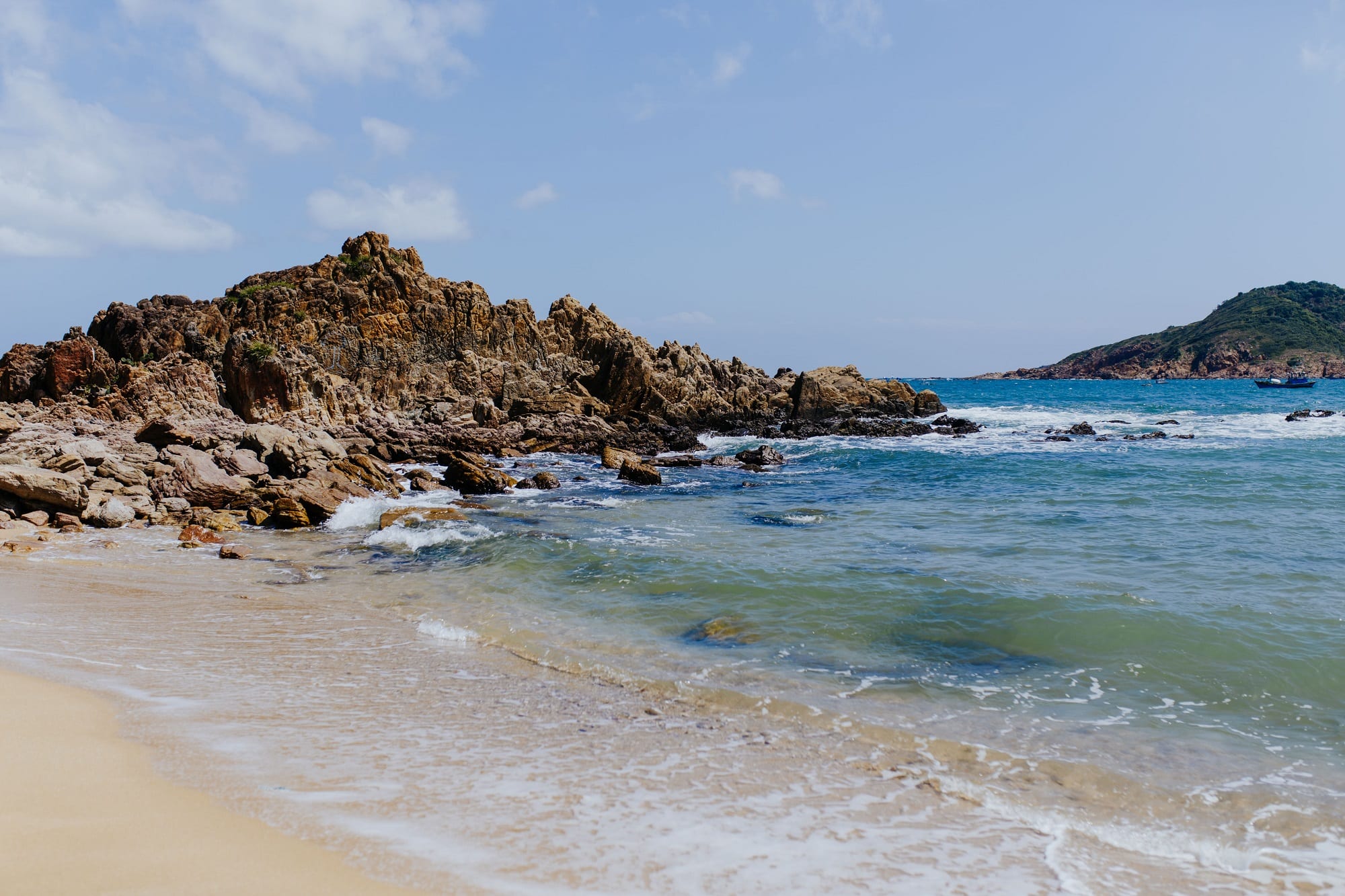 The Best Time To Travel To Quy Nhon

Unlike Northern Vietnam, Quy Nhon does not have four distinct seasons. Instead, it has a reasonably consistent and comfortable temperature all year round, making it the perfect coastal escape. In fact, it even ranks in the top 20th percentile of worldwide travel destinations when it comes to pleasant temperatures.

However, while the variation in temperature is not significant, the year can be divided into two seasons in terms of rainfall. The wet season usually runs from August until December and the dry season runs from January through to July. The significant rainfall in the monsoon season is fairly short with the vast bulk of annual rain falling between September and November. The remainder of the year has fairly consistent rainfall.

That said, weather isn’t the only factor to consider when it comes to traveling to Quy Nhon, as local holidays will also affect how crowded hotels and beaches get, as well as hotel prices that are dictated by peak and off-peak seasons.

Here is a guide to the temperature and rainfall in Quy Nhon throughout the year, and some tips we’ve put together to help you decide when to visit.

Spring (March to May)

March, being the beginning of the dry season, will see an increase in sunshine from previous months and a lower chance of significant rainfall. If dry but mild weather is what you’re after, this is the time to visit. However, keep in mind you may still encounter some brief rain during these drier periods. As it is only the beginning of the dry season, you can expect the surrounding fields and hills to still be a healthy, vibrant green.

Like most of the year, the temperature will be very comfortable between March to May, with an average between 74°-84°F (25°-29°C). The highest average temperature it will reach would be around 93°F (34°C).

Due to the low amount of rainfall and comfortable temperatures, this time of the year is fairly busy with tourists, so expect to pay relatively higher prices at hotels and tourist activities.

April plays host to one of Vietnam’s most important holidays, Hung Kings Commemoration Day. The holiday honors the Hung Kings, the original founders of Vietnam, and is celebrated every year on the 8th to the 11th days of the third lunar month. While the holiday is observed across a few days, most celebrations take place on the 10th day.

Between June and August, the humidity remains low and rainfall becomes even more of a rarity. As the dry season gets into a full swing, the temperature will peak in June and plateau until August, with an average high of 93°F (34°C). It is worth noting that this is only a difference of 13°F (8°C) compared to the average high across Quy Nhon’s coldest months.

July and August will also be the peak travel time for Northern Hemisphere travellers making the most of their summer break. While Quy Nhon is still largely untouched by international tourism (compared with its neighboring coastal cities), this will be its busiest period regardless, which means you may encounter slightly higher prices for accommodation and activities.

As the monsoon season begins, expect to see a dramatic increase in rainfall. Total rainfall for the month can reach up to 20” (500mm). The temperature will cool off somewhat with highs of around 90°-83°F (32°-28°C), however this cooler weather will also be met with an increase in humidity so the change from the dry season is not so noticeable.

Due to the higher likelihood of activities being foiled by adverse weather, tourist numbers will drop off considerably, making this the quietest time of the year and therefore the cheapest.

With the increased rainfall over these months, there is naturally an increased risk of flooding. However, most of this will occur in the plains around Binh Dinh Province and is less common around Quy Nhon city.

December 2nd is Vietnam’s National Day, commemorating the declaration of independence from France in 1945 following the end of World War II. This is an important holiday in Vietnam and you can expect to see displays of patriotism through the streets. Businesses may be closed during this celebration, and where the holiday falls on a Sunday, it will be observed on a Monday.

Towards the end of the monsoon season, the rains will drop off suddenly with significant rains only occurring around 8 days a month. The average rainfall will decrease from 20” (500mm) in November down to 5” (120mm) in December.

Tourist numbers are typically lower compared with other months, and less rain and comfortable temperatures make this a great time to travel to Quy Nhon.

However, it is also very important to note that the Tet holiday also falls across these months. This is normally in late January or early February. We recommend that you check the exact dates as the holiday will vary from year to year. Known as Tet Nguyen Dan, but more commonly just Tet, it is a celebration of the arrival of spring and the new year (following the Chinese Lunar calendar). Officially, celebrations last for three days, however the holiday usually extends to a couple of weeks as people will return home to celebrate and spend time with their families.

Taking part in any Tet festivities can be an incredible experience and a great way to learn more about the Vietnamese culture. However, for tourists it can also be a very challenging time as many restaurants and business will close over the holiday. Hotels will generally stay open, though may have reduced staff.

When planning your trip to Quy Nhon or Vietnam, it’s worth noting down public holidays and important occasions throughout the year as this may affect any activities or plans your have. Below are the national holidays for 2019. For future years, we recommend checking www.publicholidays.vn to see which dates any holidays will be observed.

While the temperature in Quy Nhon is relatively pleasant all year round, it is best to visit during the dry season or the shoulder months of the monsoon season.

March and April are both great months to travel to Quy Nhon, as the beginning of the dry season brings stable weather and comfortable temperatures with low humidity. This time of the year also means that Tet holiday has wrapped up so your travel plans won’t be thwarted by closed businesses.

September is also the perfect month to visit this region as there’s a good amount of sunshine and lower humidity. Tourist numbers are still fairly high but significantly lower than that of July and August.

If you’re looking for an overall cheaper and quieter time to travel to Quy Nhon, then consider May, June, September, October and November.

Related Content:
[Article] The Best Beaches In Quy Nhon
[Article] How To Spend 24 Hours In The City of Quy Nhon