The Twelve Most Popular Vietcetera Stories of 2017

The Twelve Most Popular Vietcetera Stories of 2017 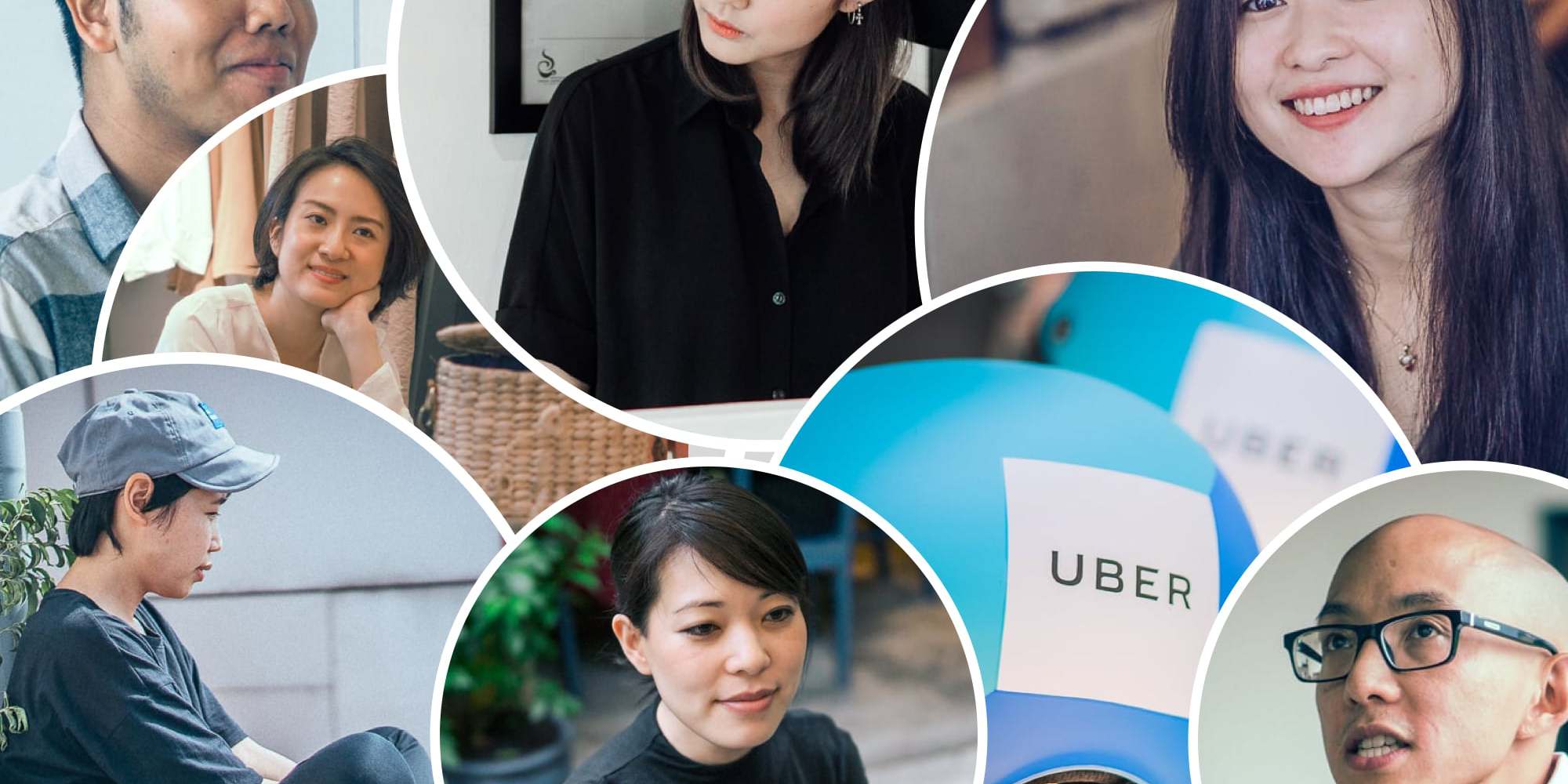 In 2016, Vietcetera launched as an online magazine briefing on Vietnam affairs, society, business, and much more. We began with the belief that there is a globally-minded audience of readers, both within and outside of Vietnam, who are hungry for in-depth news about the new Vietnam. Happily, we were proved right.

Today, our global commitment means that our top 10 markets are comprised of the US, Vietnam, Singapore, Australia, Canada, Germany, the UK, Thailand, Malaysia, and Hong Kong. And we have a network of storytellers in cities around the globe such as Berlin and Singapore, and brand partners in countries as far away as Sweden and Australia who we work closely with, and who see the potential of Vietcetera’s insights into the Vietnam market.

So, as the year-end nears, our editorial team wanted to look again at the stories that have resonated most deeply with you in 2017. Below we reshare each one with our team’s commentary about what each piece meant to us and our readers.

And don’t forget to keep checking in during 2018. We have lots of exciting projects to announce. Stay tuned!

Ladan: Telling The Story Of The New Vietnamese Woman

We came across the women of Ladan, Anna and Thao, after reading the story of their store “filled…with bamboo purses and elegant pastel riffs on the ao dai” in the Los Angeles Times. Set among the old colonial buildings of Le Loi street, Ladan’s shop and style are uniquely fresh, yet traditional. They shared with us the story of their similar paths while studying in America, and how their search for work in Vietnam led them to start Ladan, now a staple fashion brand amongst millennial Vietnamese women.

The Evolution Of The Ao Dai

When we interviewed Carl Cagnon, the General Manager of the Ho Chi Minh City’s Hotel Des Arts, he reminded us of something about Vietnam we’d started to take for granted. “From the conical hats to the rice fields and water buffaloes, you don’t need to travel very far outside of the city to experience all of these ‘clichés’ that you would see in a movie. But this is not a movie, this is real life in Vietnam and it’s everywhere around us,” he told us. The same is true of the ‘ao dai’, a style of dress that’s synonymous with Vietnamese womanhood, and one we still see in the streets almost every day. Even though it has become a symbol of Vietnamese tradition it hasn’t been officially deemed as the national dress. But its widespread popularity shows no signs of abating both here and abroad. With the hit film, Co Ba Saigon, telling the story of the ‘ao dai’ this year too, this was the perfect time to give our take on its evolution and 2000 year history.

Thai My Phuong On Becoming Tamypu 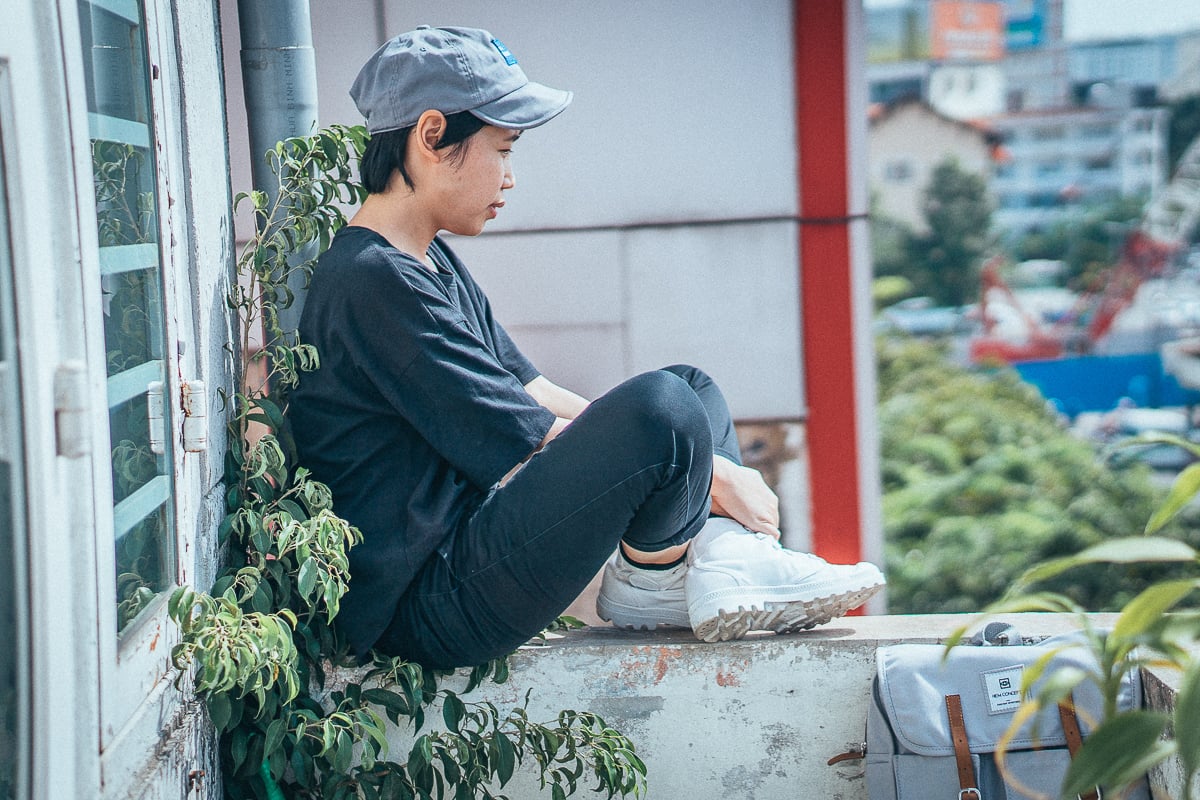 The first time Thai My Phuong came to the Vietcetera office, it rained so hard we were trapped inside as the streets began to flood. It felt for a moment like we were in one of her magic realist tales. The prolific illustrator has worked on over 17 children’s books and more than 250 book covers. And Phuong was as unassuming and genuine as her ephemeral artworks as she told us the story of how she became the artist better known as Tamypu. “[On] an old wall at home…my parents allowed me, a four-year-old girl, to “destroy” [it] with chalk and pencil doodles—mostly of mermaids who, at the time, I thought I had descended from,” Phuong remembered about first expressing her creative urge.

There’s probably no greater sign of a country’s development that an opulent theme resort built in the middle of nowhere. Ba Na Hills is that place—a resort town set in the mountains behind the central coastal city of Da Nang. It’s a hotel and amusement park that pays homage to medieval living boasting the world’s most impressive cable car system, a 27m tall Buddha, and already 1.5m visitors per year. It gives Vietnamese visitors the chance to experience French village life without the accompanying flight and jet lag. Understandably intrigued, we went to take a look.

Kyle Le: How This YouTuber Has Connected Vietnam To The World

Kyle Le is an OG of the media scene, telling stories about Vietnam for an international audience on his 100,000-subscriber strong YouTube channel. We met him in person at our first Vietcetera cafe, on Nguyen Thi Minh Khai, where he shared his favorite and often most sentimental stories, and his optimistic outlook on the new Vietnam, “I’m not concerned with the idea that Vietnam is losing its charm. It will develop and grow regardless of what anyone thinks. It’s true that some charm will be lost but at the end of the day, you just need to know where to look. And the countryside will be around right next to the cities,” he reminded us. He’s since departed, after living here for nearly six years, to find more stories around the world about the Vietnam diaspora.

The State Of Artificial Intelligence In Vietnam 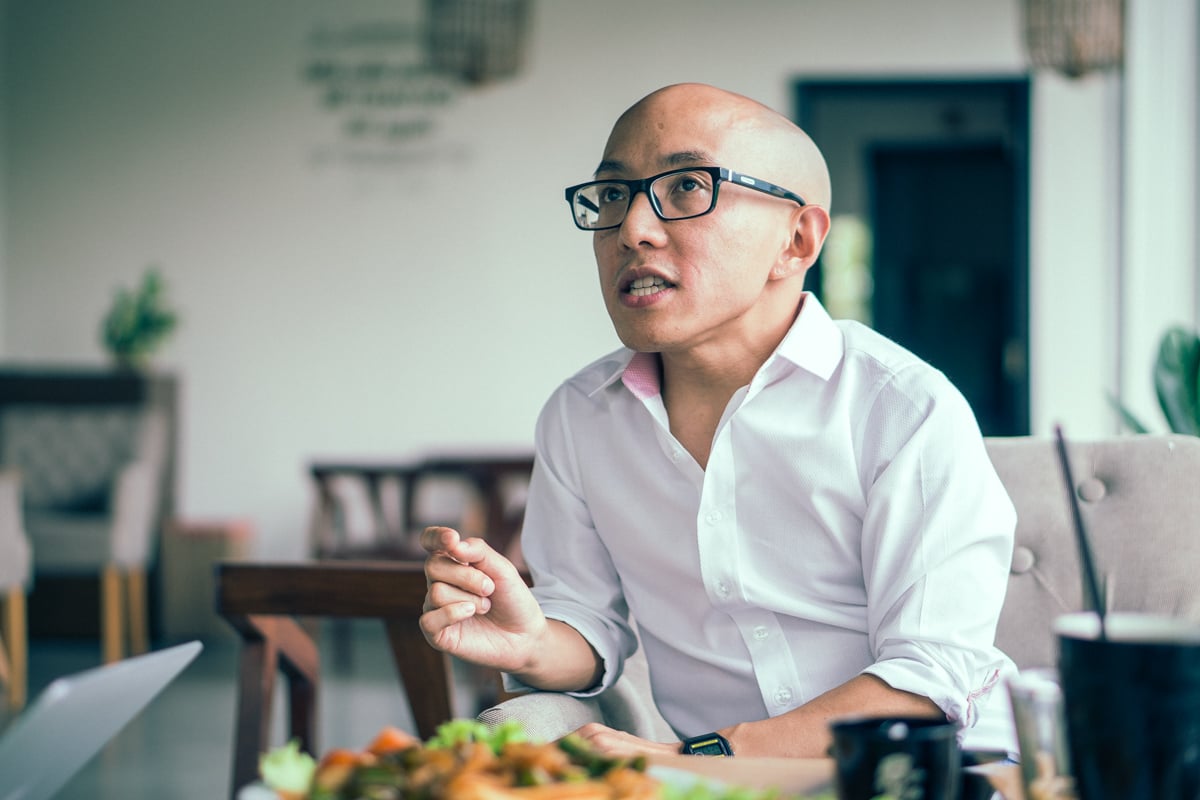 “That’s a complicated question,” Herve Vu Roussel, replied when we asked him about the current state of AI in Vietnam. He should know. Herve is an IBM AI XPRIZE mentor, a Cornell alumnus and the current head of data engineering at AI firm Sentifi—probably the biggest player in the field in Vietnam right now. He offered a wealth of insights and advice, and some sound words for AI startups: “I want to remind startup founders that solving a real-world problem for a real customer is still the most important thing to do for startups (whether they use AI or not).”

Julia Doan and Floralpunk: How This Millennial Started A Fashion Brand In Vietnam 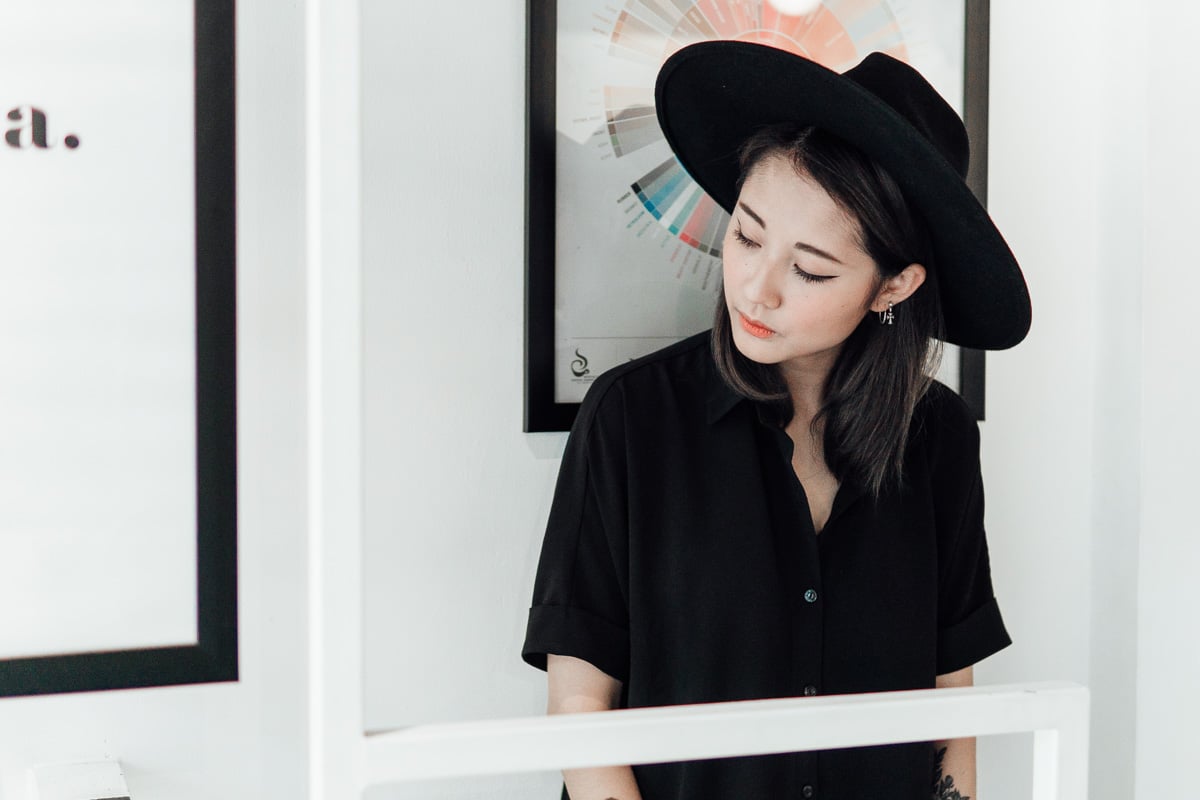 Known for her open personality and German precision, we first met Vietnamese-German entrepreneur Julia Doan on a rainy day at Maison Marou on Calmette Street. She made her mark on the fashion scene in Vietnam in her early 20s as a blogger and YouTuber, later establishing herself as one of Vietnam’s top millennial personalities to follow in the process. But it wasn’t all fun at first. She shared with us the challenges she faced overcoming her introverted tendencies, “overnight, I needed to interact with customers, become service-oriented, and strictly manage my public image.”

What Local Vietnamese Eat For Breakfast

Vietnam’s arrival as a foodie destination was confirmed this year (in case it was ever in doubt). With the world talking about pho, and people tucking into bowls in most major cities, Luke Nguyen opened his first restaurant here, and Peter Cuong Franklin opened the doors of Anan with some rapturously received street-food inspired new Vietnamese cuisine, and the US $100 banh mi. So our piece on traditional breakfast choices got lots of attention, as it should, as we dug deep into local breakfast options, reluctantly revealing to the world the wonders of xoi man and bo ne.

aNcari Room: The YouTuber Building Connections Between Japan and Vietnam 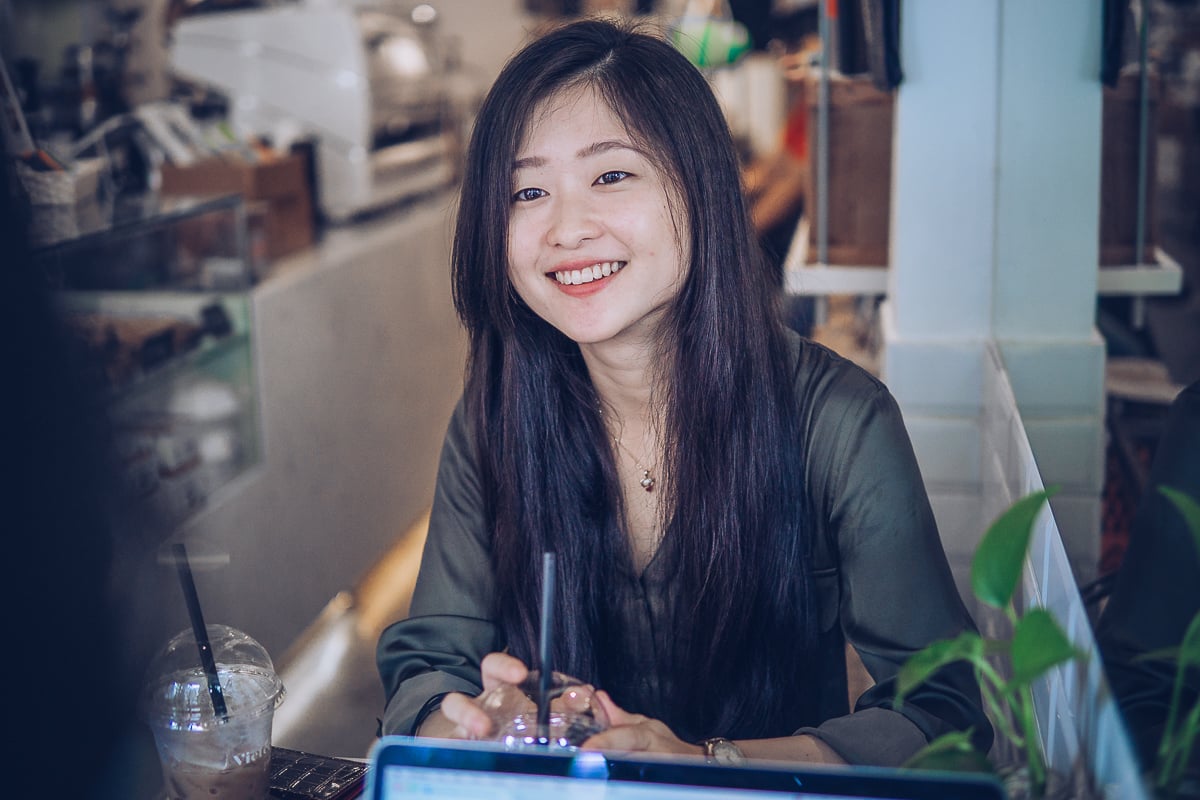 With Japan and Vietnam relations growing at a faster pace than ever before, Japanese YouTube personality Akari hopes that her channel will build bridges between her native country of Japan and her new home of Vietnam. Since that first meeting, we’ve gone on to work with Akari again in the video we made about our favorite fashion brands called “Fall Essentials.” And she further enhanced her reputation at the Vietcetera office when she was brave (and trusting) enough to be filmed trying hot vit lon with our team.

How Uber Vietnam Got Its New Look 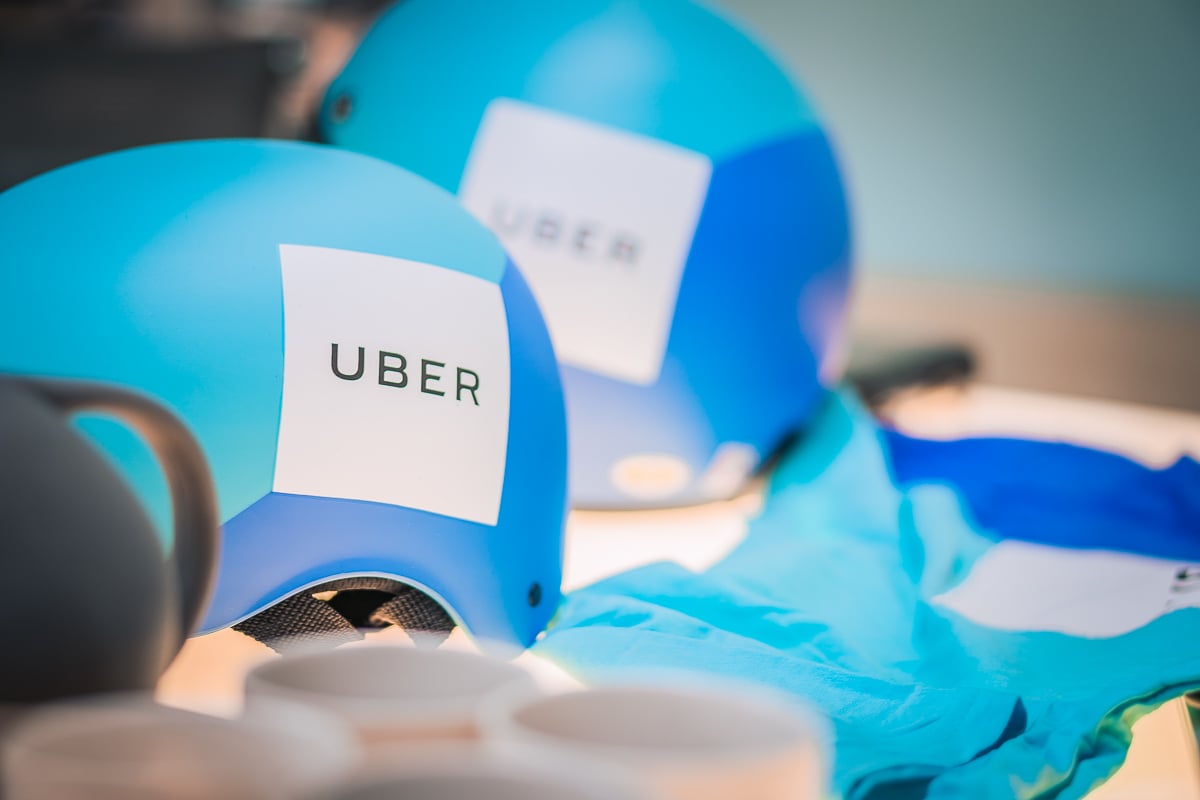 Le Phi, Uber’s Marketing Manager, cold-called Rice Creative at the suggestion of the global technology company’s former CEO for Vietnam around Tet 2017. When the branding studio finally got back to her, it led to a stunning redesign of Uber’s driver-partners’ uniforms that hit the streets in September. “We saw an opportunity to do something special to enhance our driver-partners’ experience and sense of brand identity,” she told us as along with Joshua from Rice, and French-Vietnamese designer Linda Mai Phuong, she walked us through the story behind the new “swag pack.” 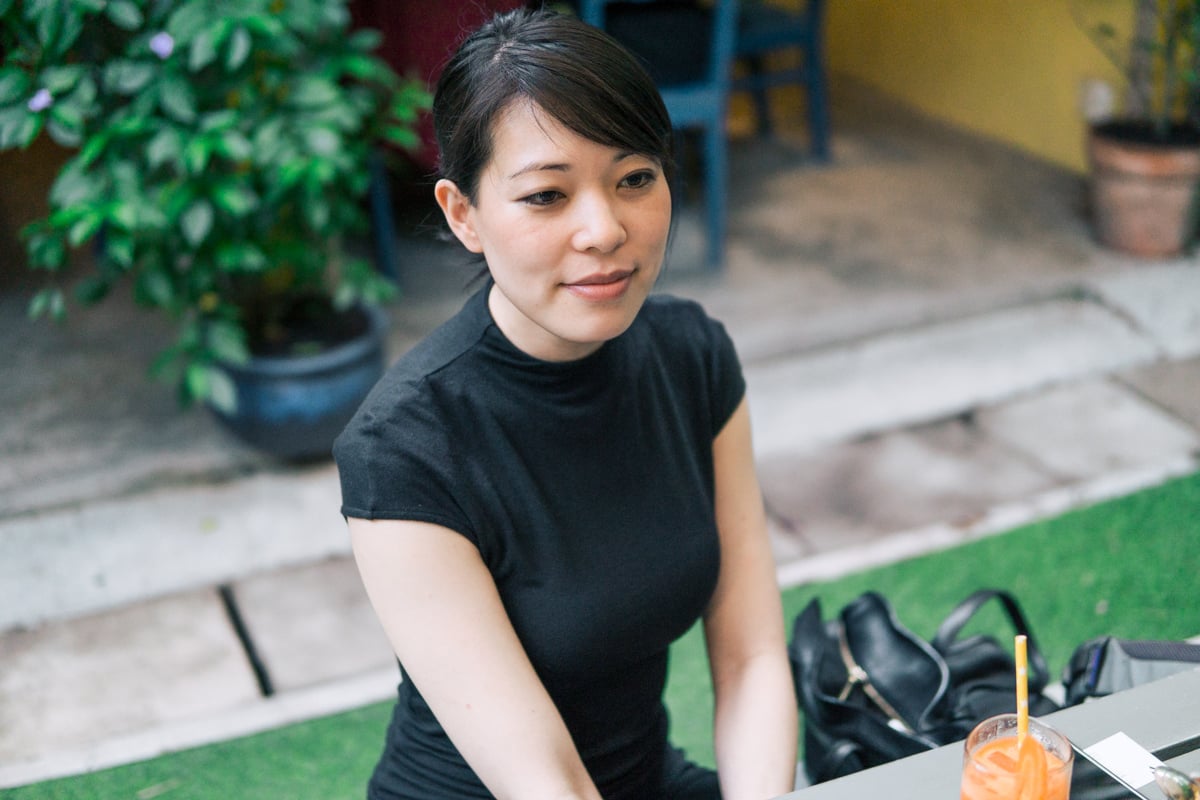 “I truly believe the Vietnamese woman is this country’s secret weapon,” Vinawood’s Crystal Lam told us confidently when we met up earlier this year. The wood manufacturing company have more than 700 employees, and Crystal is their dynamic managing director. She explained to us how she’s grown the company, and what her company’s core vision is, while providing the kind of in-depth outlook about the Vietnam market only she could offer. “Respect the sweat,” she said, about her obsessive level of commitment to Vinawood’s growth.

The Rise Of Vietnamese Academics 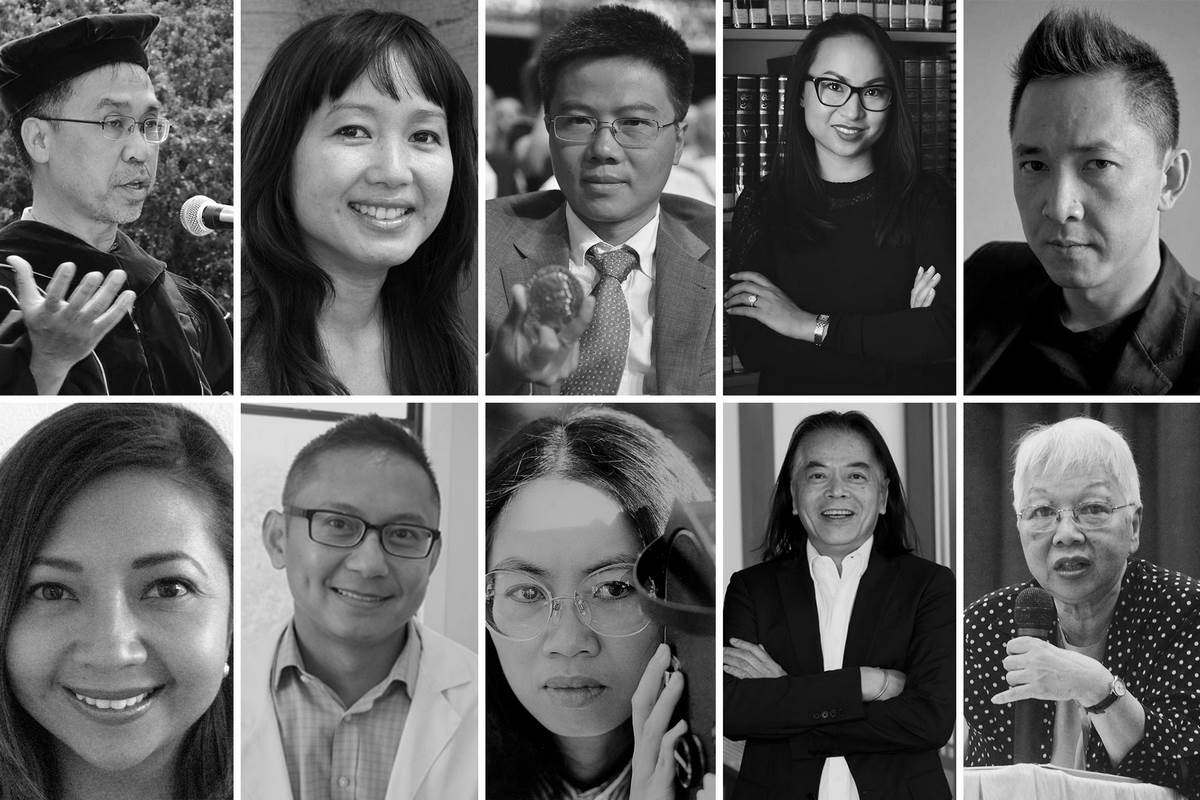 Often this year, we looked beyond the business people who are shaping the new Vietnam. We dipped into the arts, and here into academia. Historically, great Vietnamese scholars were philosophers, statesmen, and poets, but modern Vietnamese scholars tend to be in a diverse range of fields. In this article, we shone a spotlight on ten academics that have caught our eye.