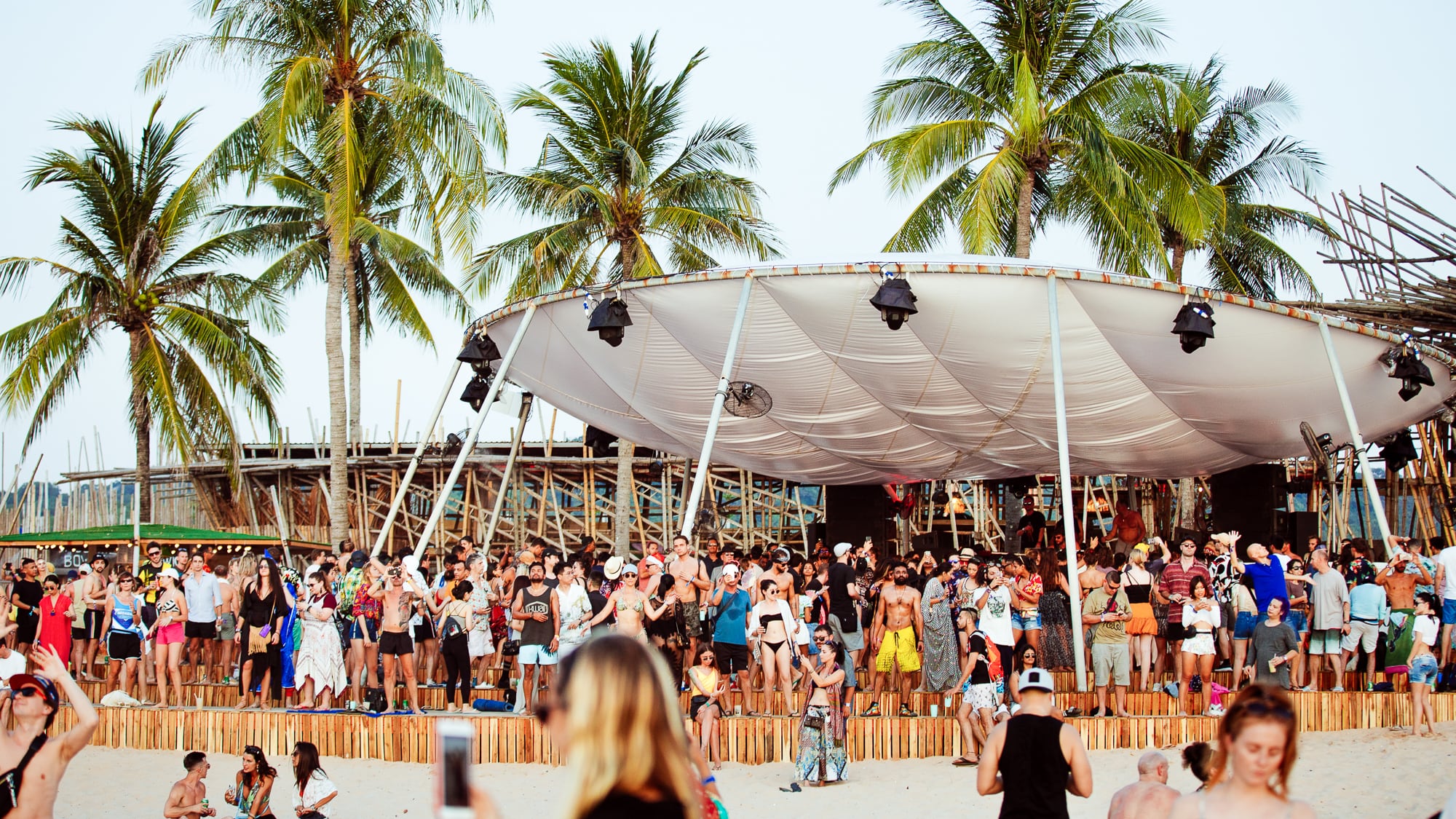 If the international jet set who descended on Vietnam’s Phu Quoc island for the fourth edition of Epizode festival had any qualms about the carbon dioxide emitted by their flights, those pangs of conscience were probably short-lived. On the ground, the festival organizers put their eco credentials on full display, flying the banner of social sustainability and responsible tourism on behalf of everyone in attendance.

Running for 11 days from December 27 last year until January 7, 2020, Epizode 4 brought 100 international and local artists with more than 230 hours of music played across four stages. While the impressive line-up landed Epizode on global ‘festivals to watch’ lists, it’s the organizers’ decision to embrace environmentally-friendly initiatives that earned it “the festival with a conscience” moniker.

If the decision to ban single-use plastic was a gamble, it has certainly paid off. At Epizode 4, cup-sharing, grass straws and canned water have sent their plastic forebears the way of the dinosaurs. The day after the last techno-head packed up, the beach was as pristine as Mother Nature has created it. If not more so, after the zealous volunteers removed every bit of driftwood and seaweed in a series of beach clean-ups.

Vietnam-based environmentally-friendly canned water brand, beWater, kept the thousands of Epizode 4 festival-goers well hydrated. “In partnership with TBC-Ball, every can collected at Epizode re-enters the recycling loop and has the possibility to be back on the shelf in 60 days,” explains Mark Nerney, Co-Founder & General Director of Winking Seal Beer Co., beWater’s parent company. “Aluminum cans are infinitely recyclable and the most recycled material with almost 90% of all aluminum in Southeast Asia recycled – more than any other material including glass, plastic, and cardboard.”

Over his shoulder, Instagram-friendly beWater collecting and recycling stations effortlessly blend in with the festival’s Burning Man-esque art installations. Although usually not striving to be mistaken for works of art, these stations are installed at all beWater locations courtesy of TBC-Ball, beWater’s partner and one of the world’s largest producers of aluminum cans for beverage industry.

For Nerney, a long-time Phu Quoc cheerleader, the island was a natural choice for the beWater launch. First the Sailing Club Leisure Group, then local and international hotel chains with a presence on the island have expressed interest in joining the movement to phase out single-use plastic.

“It was Epizode CEO, Natasha Rogal, and her team’s focus on social sustainability that inspired us to collaborate together to eliminate single-use plastic at the festival on the picturesque island of Phu Quoc and build momentum behind this important movement,” says Nerney.

A tropical paradise off the coast of Cambodia, Phu Quoc has seen tourist numbers skyrocket following the opening of an international airport in 2012. This spike brought with it the usual ills of a popular tourist destination, as well as the dubious distinction of being singled out by international media as one of the most polluted beaches in the world.

While organizing beach clean-ups and embracing innovative solutions such as beWater’s plastic-free packaging are steps in the right direction, to change the tide and reclaim Phu Quoc’s reputation will take time. Tackling the problem requires a concerted effort by all key industry players and a sea change in how natural resources are managed and used within the community.

Once the Epizode team has completed the uninstall of the festival’s beach structures, all that will be left in their wake is the urgent message that will resonate across the island long after they are gone.