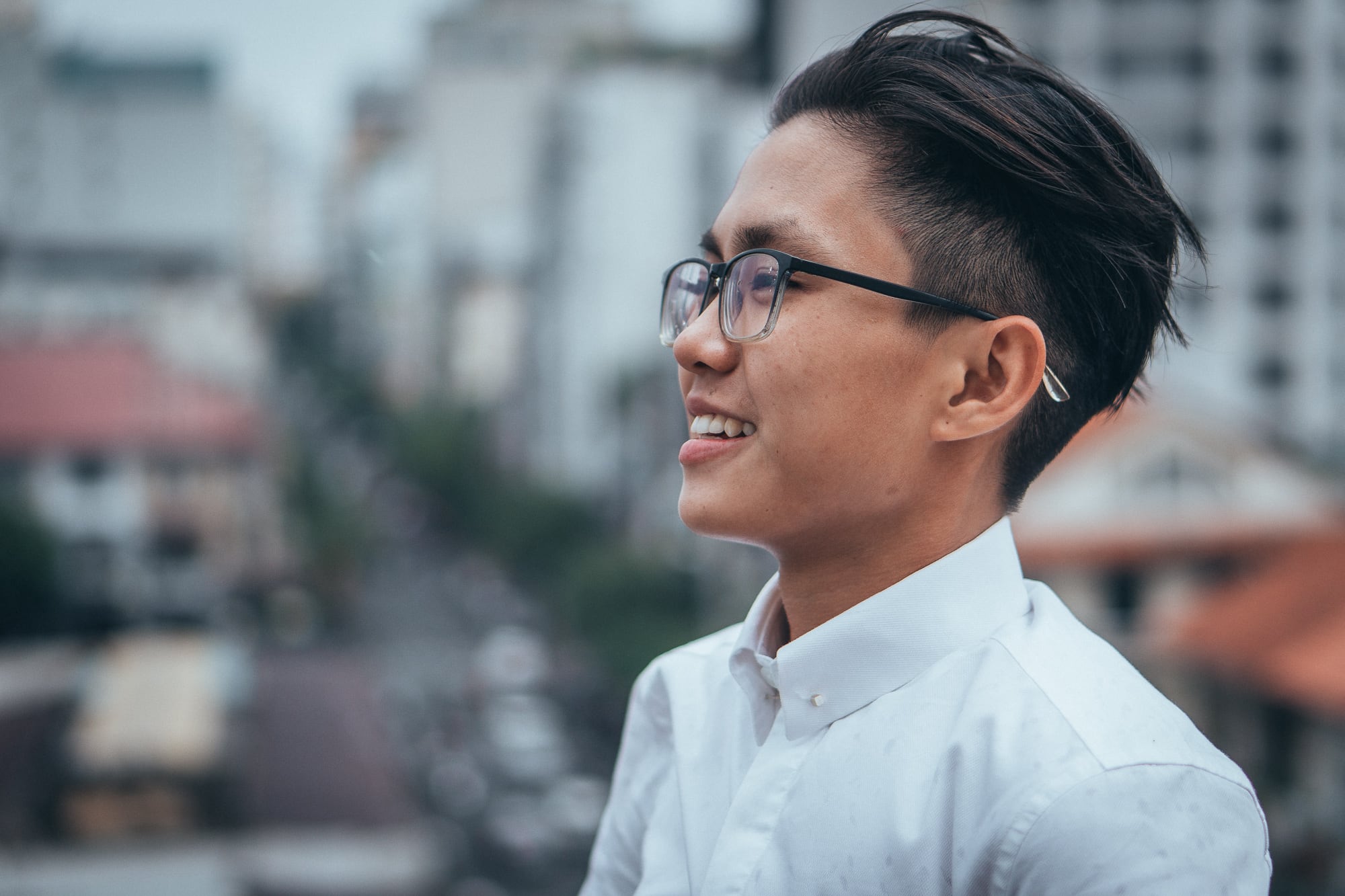 Triathlete Lam Tuc Ngan On The Way To The World Championships

The average age of endurance athletes, like the ones running the New York Marathon, is forty-one. Lam Tuc Ngan is twenty-three. But Ngan doesn’t run the marathon, she’s a triathlete. The sport is a staged competition in which competitors swim, cycle, and then run. Former world champion Chris McCormack described it as having “the physical brutality of climbing Mount Everest without the great view.” But Ngan transitioned to triathlon from boxing in 2017…in just five weeks. And this year she’s qualified for the World Championships. “It’s like the football World Cup but for triathletes,” Ngan says proudly as she sits down in the Vietcetera office.

The World Championships will be held in South Africa in twelve weeks’ time. “I’m not focusing on that. My coach has a plan, and I just follow it day-by-day,” Ngan explains. We invited her over to understand how she first got into the sport, and how she keeps going in an event that has entrants questioning their sanity.

Can you describe yourself to us?

People usually call me a “wild card” because I do things they didn’t expect—things that even seem impossible. No one expected I would complete the triathlon last year…after only five weeks of training. This year, no one believed I could break the record in the sport. But I did.

You’ve only been a triathlete for a year. Why did you start? How have you evolved as a triathlete since then?

Last year, I was working with Chi Nguyen at Havas Media—now I work at Hammer Nutrition. She urged me to enter the upcoming triathlon event, even though it was only five weeks away. At that point, I’d never run ten kilometers before, and I’d never ridden a road bike—a guy had to show me how to use it a couple of weeks before the event—and I’d never swam in the ocean before. I’d never even swam freestyle, and I couldn’t swim more than 30 meters. Everything was new to me.

Now, lots of people think, for example, that I’m a slow runner. Actually, I was a slow runner. But this year running became my strongest part as I ran that section fastest among all the entrants in the event.

How have you developed as a triathlete so quickly? What’s helped you reach world-championship standard?

For my first triathlon, I had to learn from YouTube. For example, when I tried to transition to swimming freestyle, I had many problems. I thought I could enter doing the breaststroke. YouTube showed me how people swim in competition. And it helped me break the stroke down. One week I focused on my arms, then my breathing, then my kicking. Two weeks before my first triathlon I put it all together.

Now I also have a coach. Training for me is tougher than the race, which is my coach David Greenfield’s philosophy. He trained a lot of pro-athletes. We usually do two sessions per week, on the other four days I’ll follow his training schedule.

Every day, I wake up at four or five. But if I’m doing a long bike ride, I’ll wake up at three. First, I make breakfast—oatmeal, avocado—then I train. I will be at work for 8am. After work, at around 6 or 7pm I’ll exercise usually until around 9pm. On average it’s three to four hours training every day. When I get home after nine I’m ready to die. Sunday is a recovery day. I spend time with family and friends, then do proactive recovery activities like swimming.

That makes Monday’s even harder…

Unlike most athletes you don’t post training videos and images to social media very often. Is that deliberate?

I don’t post lots of images of training on my Facebook. I want people to see the result and not the hype. Then people are surprised.

You started as a football player, became a boxer, then became a triathlete. How do the sports relate to each other?

The triathlon is totally different to the sports I did before. It’s an endurance sport which requires consistency—repeat and repeat every day. In football, you don’t need to train every day. You have the skill already and you need to optimize your performance of that skill. Football is also a team sport. Boxing is somewhere in between—there are six punches you refine every day, but you can’t train alone when you’re sparring. It’s a mix of team and individual effort. Athletics is often a solitary sport.

In the past, I wondered how people could just keep running for three hours. It seemed so boring. And many times, I wanted to stop and go home. At those moments I remind myself to keep moving. Endurance is the power to get over the pain.

Which sportspeople in any field do you admire the most?

I really admire the footballer Cristiano Ronaldo. I think lots of sportsmen have different traits that we can learn from. Ronaldo works so hard—I don’t believe talent is inborn, it’s developed. That goes for the triathlon too, it’s developed through training every day.

My coach is working with a 65-year-old woman. Now she can run 10 kilometers. She’s definitely another athlete that I admire.

Do you listen to music while you run? Do you do anything else to motivate or distract yourself while you’re training?

I don’t listen to music. I know the beat can help give you a pace to follow. But I want something tougher and more challenging. Plus, if we depend too much on technology, it becomes a problem when it fails. Endurance sports are about fighting with yourself.

When I run on a treadmill I usually watch YouTube. I watch videos of other people running. When you watch it, I think your brain will automatically assimilate it. I’m also really inspired by books like Daniel Kahneman’s “Thinking, Fast and Slow.” I’m interested in how micro practice, the practice of one of two small things every day, suddenly coalesces into performance. I apply that idea to everything.

I also use a Garmin running watch when I’m training alone. It helps to make unemotional decisions about how well I’m doing—sometimes you think you’re fast but in fact, you’re slow. During a session with my coach, I don’t need my watch. I just follow his instructions.

What else motivates you in this sport?

One of the reasons I keep going is for Newborns Vietnam. The organization is a registered charity. They’re dedicated to reducing neonatal mortality rates. Physical challenges don’t matter anymore when you have a greater goal of helping them. There’s also a cross-over—these children are often physically struggling for survival, and our physical struggle in the race mirrors that. And we pull through. We want them to pull through too…

You’re committed to showing young people the importance of sports in their lives. What advice would you give to someone who’s never done any sports before?

My family didn’t want me to do sports. Asian families, like mine, often want their children to focus on their academic studies. The impetus was on me to prove I could balance both. My school allowed me to play football. I chose that to begin. So start with what you have and what’s accessible. At every stage of your life, some sport will fit you.

Can I choose two? I nominate my coach, David Greenfield, because he’s striving to uplift Vietnamese athletes. As well as David, I choose Trinh Bang. He’s the CFO of Techcombank and he brought Ironman to Vietnam. It’s difficult balancing a professional life with training, but he’s someone who has achieved that.