Vietnam Is 10th Best Destination For Expats In 2021 | Vietcetera

Vietnam Is 10th Best Destination For Expats In 2021

With over 91,200 foreign workers, Vietnam is increasingly proving to be a destination of choice for many expats from all over the world. 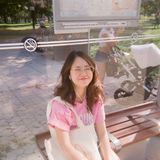 Vietnam has 78% of its expats happy with their work-life balance, despite working slightly longer hours than the global average. | Source: Quang Vu/Shutterstock

Vietnam has landed at number 10 on the list of overall best destinations for expats living and working abroad, the latest annual Expat Insider survey by Munich-based international community InterNations reveals.

This is Vietnam's seventh consecutive appearance on the chart, and its second in the top 10 rankings, ever since InterNations started conducting the survey in 2014. The country made its record entry at second place in 2019.

With over 91,200 foreign workers from over 100 countries and territories registered with the Ministry of Labour, Invalids and Social Affairs as of July 2019, Vietnam is increasingly proving to be a destination of choice for many expatriates.

This year's survey results break down the reasons why into four main categories.

Vietnam takes home the trophy in both this category and its subcategory cost of living, in first place. Although, it's worth noting that this index isn't taken into the final consideration of rankings, but rather serves as additional information.

With 90% of Vietnam's expats surveyed this year agreeing that their disposable household income is either enough or more than that to cover daily expenses, the country has secured its spot in the top five of Personal Finance for all seven years Expat Insider survey has taken place.

"I like the cheap cost of living, friendly people, good food, relaxed atmosphere," shares an expat from the United States in their answer form.

A starking three times over the global average (9% vs 3%) also reported having a gross income of over $250,000 per year.

Coming in at 9th place in this category, it is safe to say Vietnam has its way of pleasing working expats.

The country does especially well in Career Prospects & Satisfaction, where it places fourth throughout but first for overall job satisfaction.

Ranking 17th in the Work & Leisure subcategory, Vietnam has 78% of its expats happy with their work-life balance, despite working slightly longer hours than the global average — 44.5 vs 43.2 hours per week.

Ease of Settling In

Vietnam places 25th for Ease of Settling In and 28th in the subcategory Feeling at Home, to be specific.

This doesn't come as a surprise to many, as Vietnam is often considered a hospitable nation. Making local friends is easy according to 63% of expats, and 81% agree that the Vietnamese people are generally friendly.

Though, regarding the local language, 81% — almost twice the global average — think it is difficult to learn, with 39% reporting not speaking it at all.

"I do not like being unable to speak Vietnamese, but it is one of the hardest languages to learn," a Canadian expat shares.

An overwhelming 72%, however, find it easy to live here without knowing the language, especially in places with a larger expat population like Ho Chi Minh City.

At an overall ranking of 53 out of 59, this is currently where the majority of expats agree that Vietnam could put in the most work.

Out of seven subcategories, the country places 15th for Personal Happiness, but misses the top 20 for Leisure Options (29th) as well as Safety & Security (31st). In fact, it didn't make the top 40 for all of the remaining criteria: Travel & Transportation (51st), Health & Well-Being (46th), Digital Life (54th), and the lowest being Quality of the Environment (57th).

More than three in five expats, or significantly three times the global average (63 vs 20%), expressed dissatisfaction with Vietnam's air quality. And 42% rated the water and sanitation infrastructure here negatively.

"Plastic pollution is a major problem, especially along the coast," wrote a Swiss expat.

Despite this, nearly nine out of 10 expats are generally happy in Vietnam, ushering the country into an overall ranking in the top 10. It is worth mentioning that this has come after a year of global turmoil caused by the tireless COVID-19 pandemic, during a time when almost 20% of global expat respondents reported making plans to move either around or back home.

How did others do?

Taiwan is at number one for the third time in a row, followed by Mexico and Costa Rica, both of which have been featured in the top 3 before within recent years. Malaysia is Southeast Asia's best and first candidate on the list at fourth place, six places above Vietnam which marks the region's second.

Meanwhile, the worst 10 are scattered across the globe, from Kuwait in the Middle East at the last spot (59th) to Japan on Asia's opposite coast at 54th. Europe is notably overrepresented in the bottom with five entries: Italy, Russia, Cyprus, Turkey and Malta, with two from the Mediterranean.

InterNations' roundup shows the average expat participating to be a 46-year-old male in a relationship, most commonly of European descent, with a university degree and without dependent children abroad with them.

Respondents could rate up to 37 different factors making up 14 subcategories under the four main categories outlined above, on a scale of one to seven. Ultimately, the scores across the indices were averaged out to arrive at an overall ranking, along with the answer to one big question: "How satisfied are you with life abroad in general?"

More than 12,000 expats in 186 countries and territories around the world participated this year, representing a total of 174 national backgrounds. For a country or territory to be featured in the final ranking, InterNations rules that a sample size of at least 50 survey participants per destination is necessary.