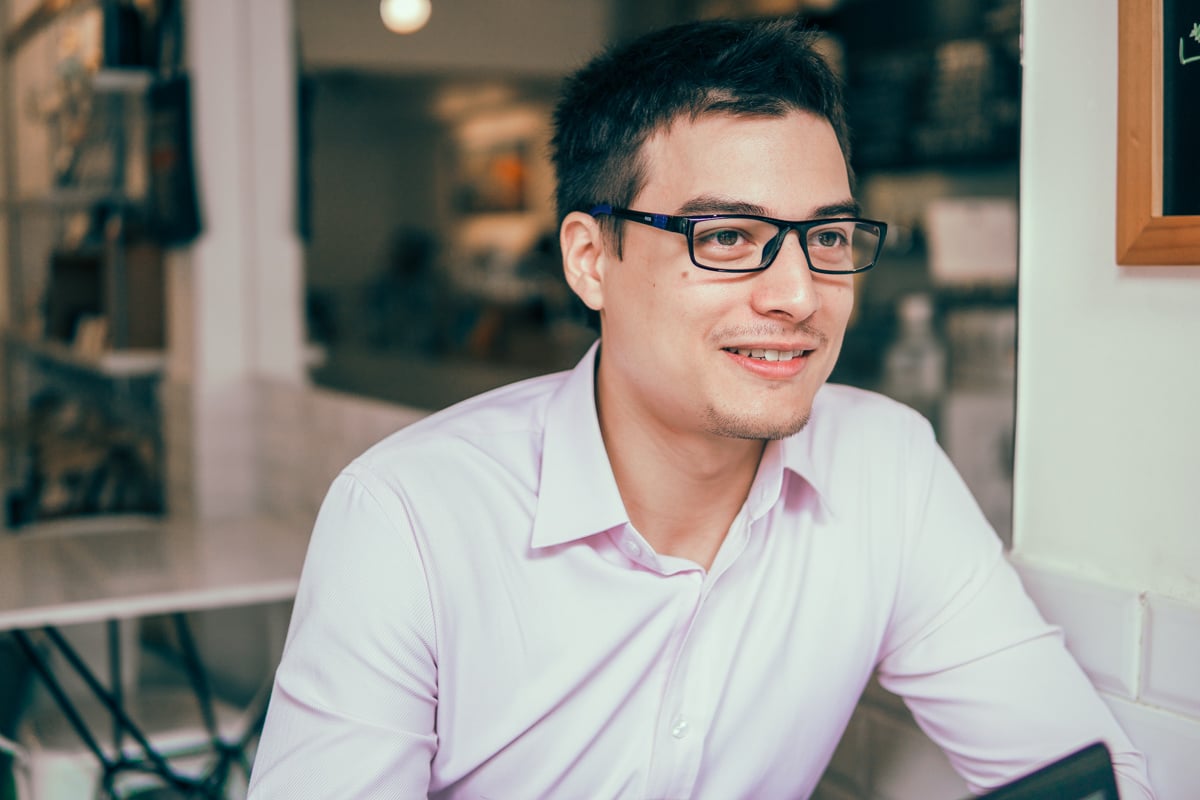 Vietcetera is always on the lookout for new technologies that can help lead the country to larger, more efficient scale. After speaking with Hervé Vu Roussel about Artificial Intelligence in Vietnam, we wanted to find innovative and young projects in this field. And that’s how we met Loup-Sinh Rouan.

Loup is what we call a geek by definition, with an entrepreneurship fiber. He’s been into electronics since a young age and he’s been helping to develop products since the age of 15. Years ago he hacked his school and when teachers asked him why, he replied: “I just wanted to see if I could do it”, showing his appetite for experiments.

He’s now working on a project based on Agricultural Technology that he named Altoera.

How did you first develop your interest in Agricultural Technology?

Everything started with the IBM Watson AI XPRIZE. I’ve been to the presentation of the competition in Ho Chi Minh City more as a headhunter who wanted to find new talents in Artificial Intelligence (AI) than as a competitor. I met Hervé Vu Roussel – head of data engineering at AI firm Sentifi – who convinced me to participate as I felt the opportunity to make a positive impact in Vietnam.

Then, I registered. This is a four-year competition challenging teams worldwide. The main goal of XPRIZE is to promote innovations for the good of humanity, society and technological progress. This competition is dedicated to Artificial Intelligence and is aimed to accelerate adoption of AI technologies. There is a $5 million prize at the end of the competition. But first, you need to go through several milestones. 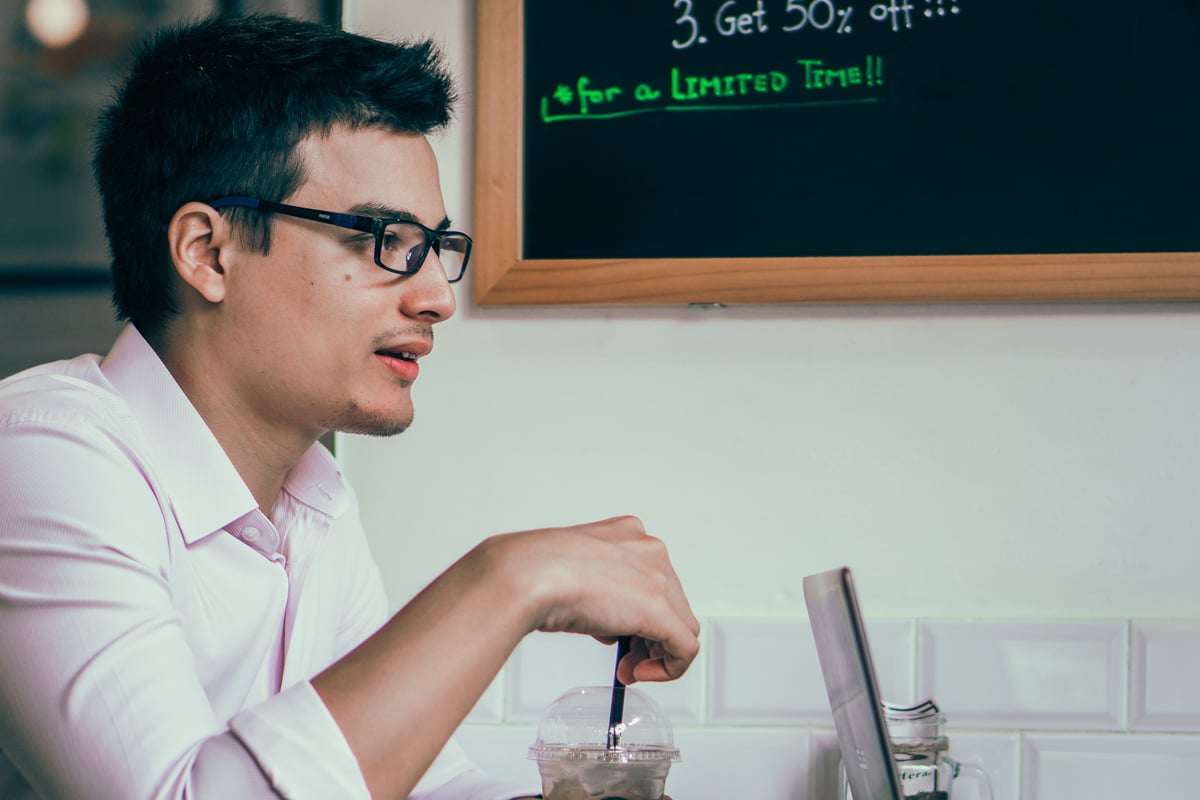 When I registered, my idea was to launch a project in traffic management. As you know Ho Chi Minh City is a mess in terms of traffic. It’s a complicated project, given that there are almost no traffic rules here (or respected ones at least). As I was diving in the topic, I also discovered that the Vietnamese government is already working and investing resources into traffic management. As they already shown encouraging results with a mobile app, I thought it was maybe not the good timing.

In the meantime, I was building my house and wanted to grow organic fruits and vegetables on my rooftop. As I didn’t have time to manage it, I came up with the idea of creating a robot which would partially oversee my garden. My friend told me that I should develop the project at a larger scale.

From that, I changed my focus of traffic management to agriculture. That’s how I got interested in Agricultural Technology.

What is the mission of Altoera?

Modern agriculture is using excessive chemicals and is contributing to the damage of our planet. Every year, we spray more than five billion tons of pesticides worldwide. Millions of direct intoxications and thousands of dead. And we don’t even talk about insidious consequences on the health of final consumers.

Most chemicals are used against pests insects. But I have some doubts about the efficiency. For instance, in US we can still report $120 billion agricultural loss related to destructive insects. That’s why I decided to focus on this issue. The purpose of the robot will be to monitor those pests. It will analyze farmers’ fields and detect threats as fast as possible and will act accordingly. It will also provide alternative solutions to limit the use of pesticides. We don’t want to force farmers not to use pesticides, I know it would be impossible. But we want to make them understand that it’s possible to reduce its use while still maintaining strong production rates. 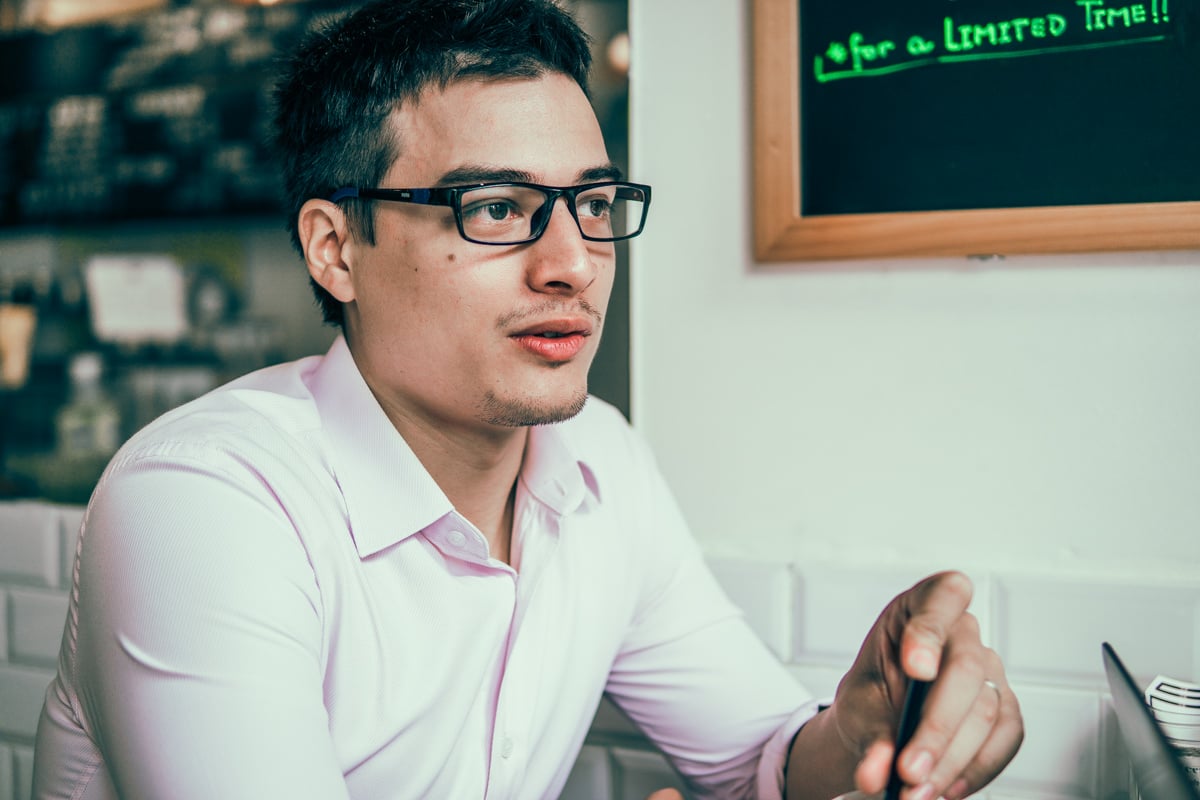 More than providing solutions, the robot will be a real opportunity to gather tons of data which will help us increase our knowledge on pests and how to fight them in the most ecological way. This data will be available on a platform that farmers will be able to use.

Right now, I’m focusing on pests, but later we can program a robot to detect plant diseases and provide solutions as well.

How will the robot work?

The hardware will be a four-wheel robot where there will be many cameras connected to a CPU. As the insects can be tiny, it’ll need to have very powerful cameras. The most difficult part will be to make the robot intelligent through machine learning. In my best scenario, it will be autonomous by being able to move by itself and detect obstacles. We can compare that with the Google’s self-driving car. But way easier as there won’t be other drivers or pedestrians. 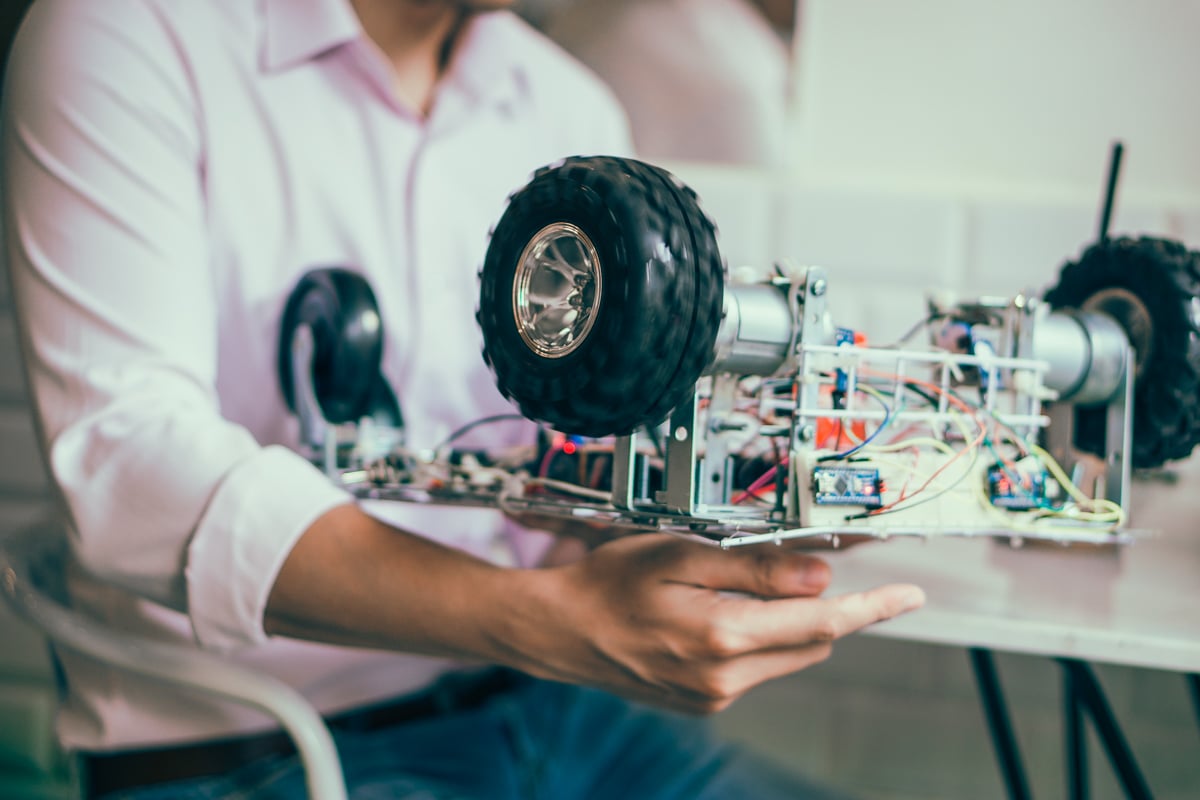 Plus, the robot will need to be able to recognize insects through cameras and be able to know what solution to give to the farmers. There will be a large component of deep learning for the robot. It will be like a baby. We will feed it with tons of information and pictures, for it to recognize its environment and insects.

This robot is expected to operate on small to medium sized farms, which are common in Vietnam. But as each farm can have a rich production diversity: fruits, aromatic herbs, vegetables, there is a challenge by making the robot versatile as possible.

When will it be ready?

It’s tough to say. I produced a first prototype within two months, very basic, very ugly, but very cheap. Thanks to this first prototype I learned a lot on the local market and now I can estimate better the needed time to construct a new prototype. 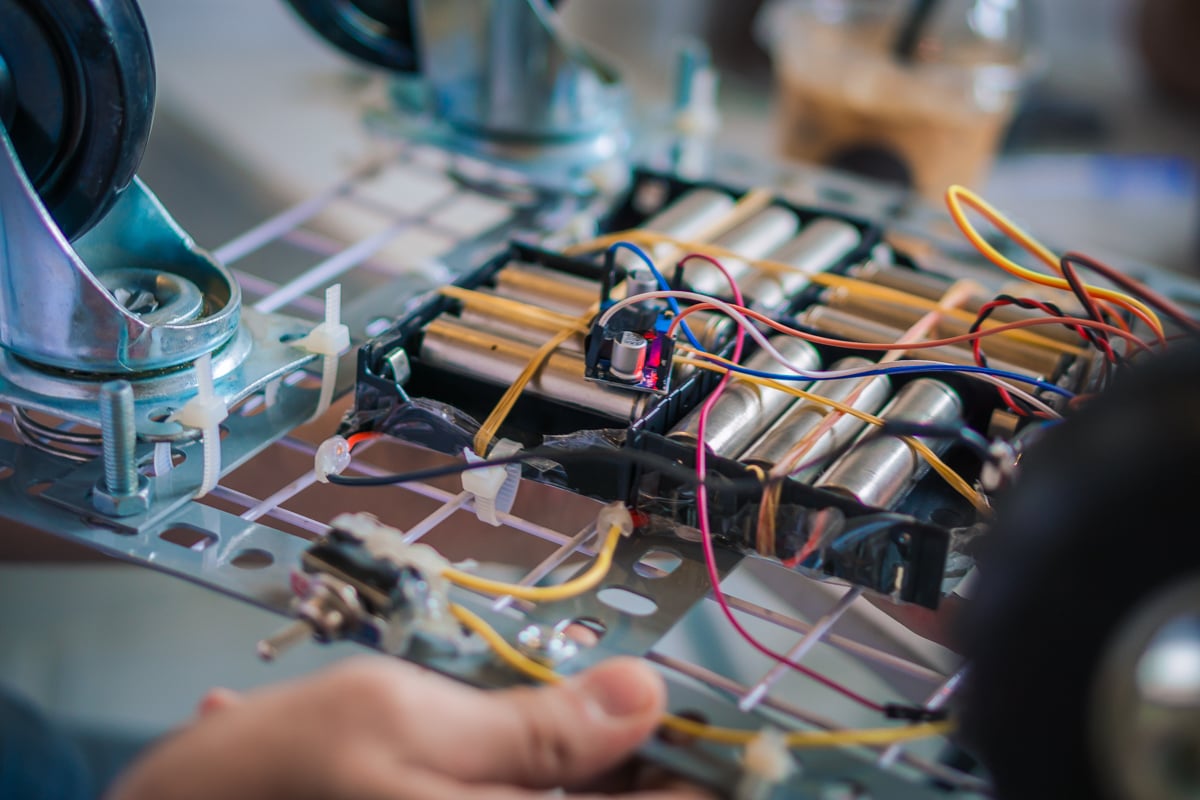 One of the most time-consuming parts of this process will be the data sourcing. Artificial Intelligence is all about data, so I need to feed the robot with it. But I first need to find and gather it. As far as I know there are no sources that compound the information I need.

I also need to test the robot on the ground. I had the opportunity to meet Jean-Luc Voisin, managing director of Le Fruit. This company processes tons of fruits a year. They have a great vision, with their network of farms they help them to produce better and cleaner in a sustainable way. Then I had the opportunity to visit their infrastructure and local farms which helped me understand problems from the field.

I’m working on my own for the moment to build foundations, but I will soon need to scale up my productivity and will be looking for new partners in engineering, robotic and software development. 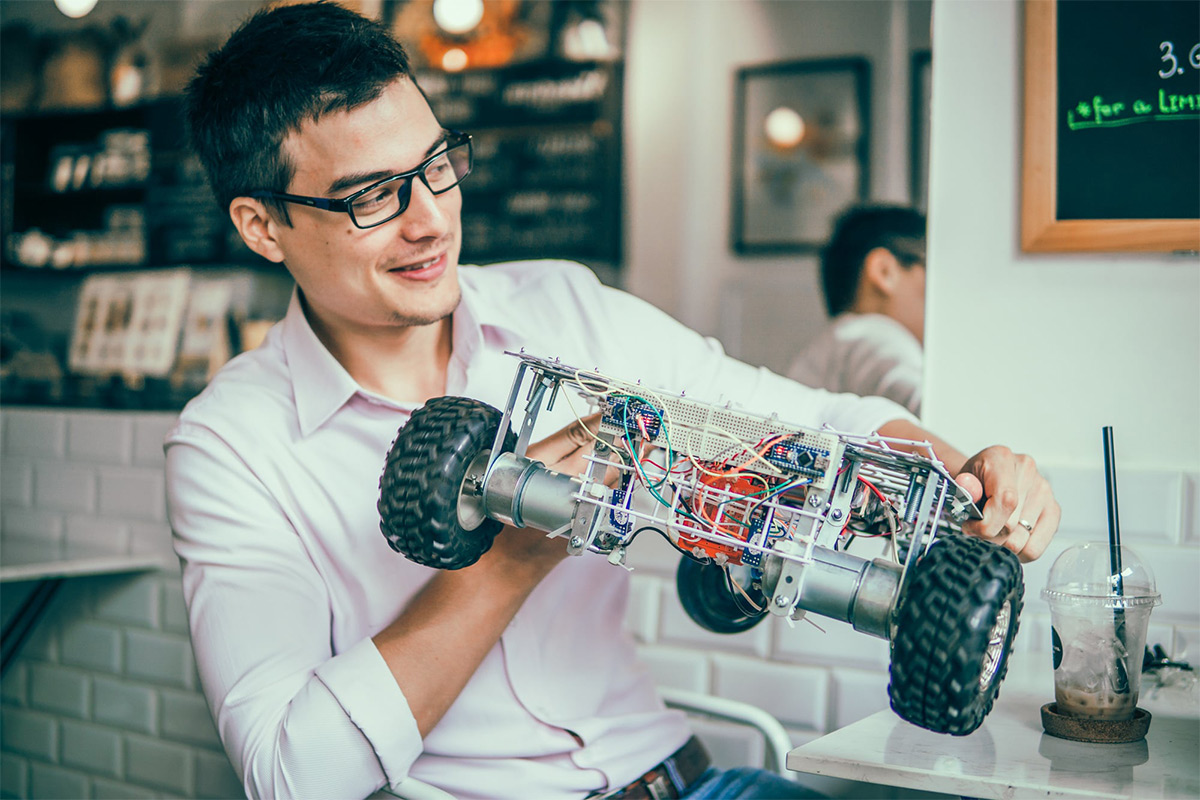 The competition runs for four years and just started earlier this year. So, I hope that at the end of the competition I will have a final usable product which will have tons of precious data to help farming in a better way.

Is AgriTech the future of agriculture?

I think that technology will play a larger role in agriculture. Thanks to it, I hope that we’ll be able to build a stronger agriculture infrastructure and go a step further into organic farming. But that’s not some years away. A robot such as mine will only be able to reduce the use of pesticides by optimizing their use or other alternatives. 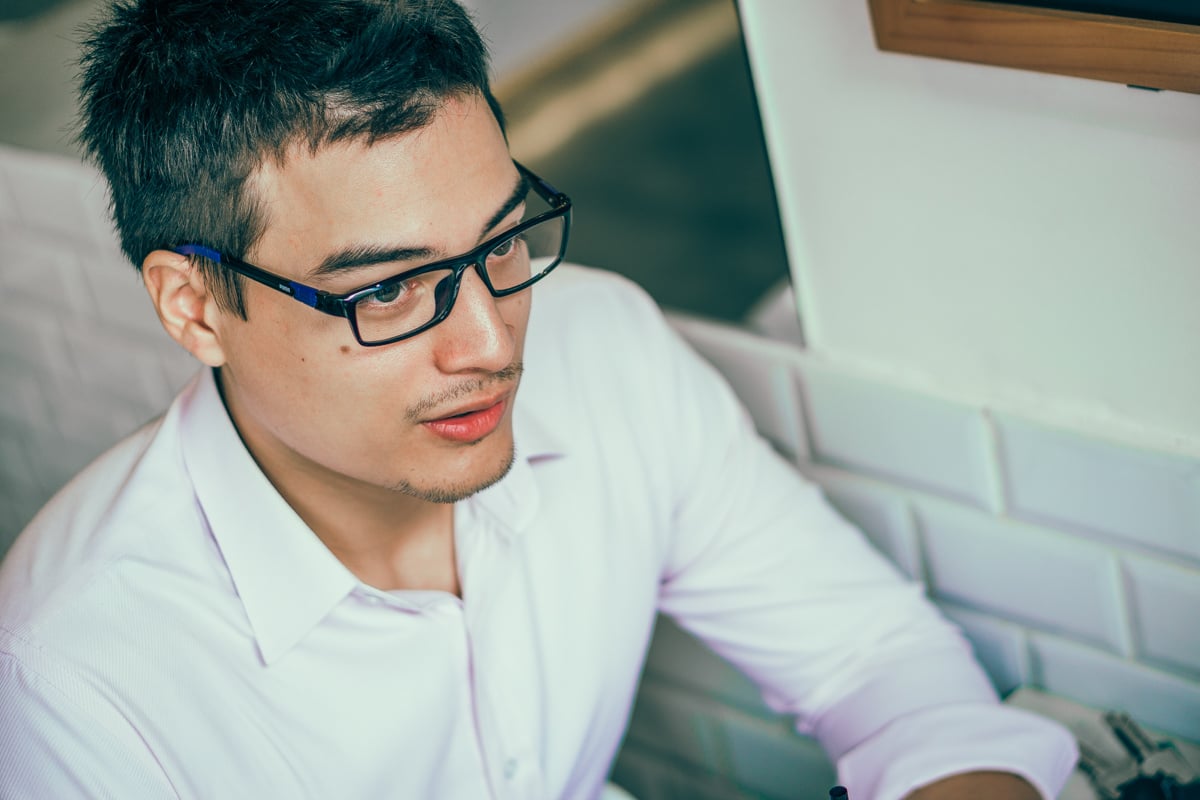 I’m optimistic about AgriTech as we can see many projects developing around the world in this space. In the US there are robots that are able to detect diseased plants or weed. In France, there are many companies working with drones. And this trend is coming to Vietnam. The Vietnam Agritech Expo will be held from the 26th to the 28th of July 2017 in Ho Chi Minh City.

Vietnam’s interest in this technology makes sense as agriculture is one of the biggest share of the country’s GDP.

What about the near future?

Technological progress will reshape our society as electricity, radio-telecommunication or internet once did. We are at the eve of a new revolution headed by such concepts as blockchain technology, Internet of Things, and artificial intelligence.

My project is in line with a futur where I believe those technologies will bring value that will considerably impact our society. It could change our current economic model and will lead us to a new paradigm.

Nothing related to tech, but Emmanuel Tieu, a french guy bringing the delicious and healthy concept of Hawaiian Poke in Vietnam.