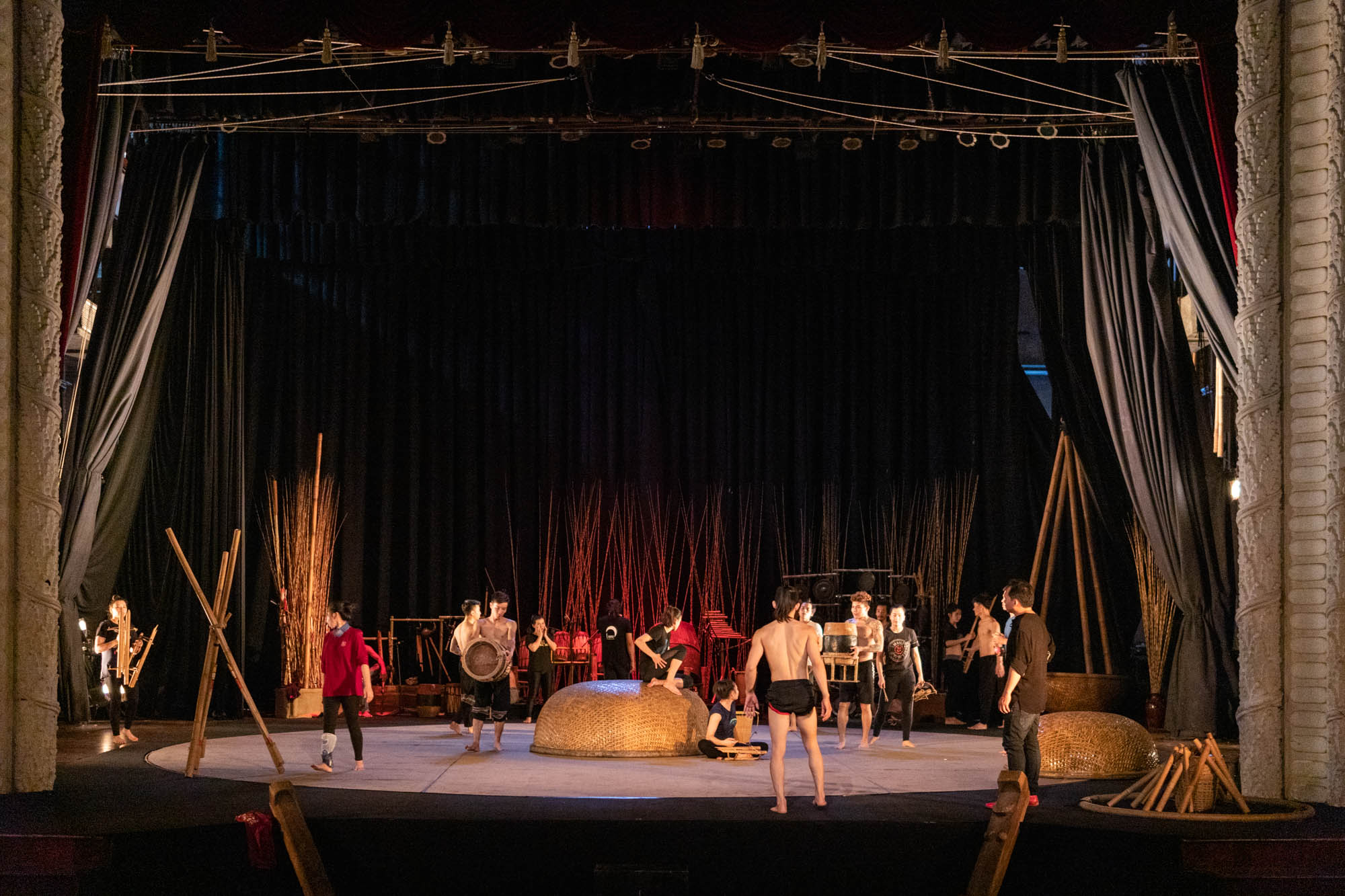 Vietnam is one of the fastest growing economies in Southeast Asia. It is a hub for start-ups, businesses and tourism as people from all over the world come to visit the country. One production company encourages its audience to slow down and truly immerse themselves in the Vietnam culture.

Lune Production illustrates Vietnamese culture through visual storytelling. The Ho Chi Minh City based company, founded in 2012, puts in thoughtful research to carefully curate a visionary spectacle. They tell the story and rich history of the Vietnamese people through the Bamboo Circus: A O Show, Lang Toi – My Village and Teh Dar. They have been able to share their vision abroad, including countries such as the United States, Australia, and New Zealand. The Vietnamese Bamboo Circus specifically had over 500 shows in 17 countries.

Many different natural items can arguably represent the country best. Why did Lune Production choose bamboo? Show director Tuan Le and his team believed that the material was closest to the Vietnamese people. It was a new technique. “We did a lot of research and worked with different objects and materials related to the culture of the country,” he said.

The simplicity of the materials used for the show reflects the simple, clear message of culture. “We take all traditional instruments and also get inspired from very basic tradition,” Le said. “With those instruments, we create a new platform of performance using circus technique and traditional music which reflect daily life of Vietnam to create our vision.”

For any stage production, music sets the scene for shows. Many of the songs used in the circus fall under the UNESCO Intangible Heritage of Humanity. This means that the types of instruments used for Vietnam’s genre of music is unique to that genre and cannot be duplicated by any other nations.  “We use the very traditional instruments to create cultural melody such as Goongs from Vietnamese Highlanders, plucked lute from Northern folk music Ca Trù, and bowed string from Đờn Ca Tài Tử Southern folk music; or very common scene in traditional Vietnam’s village life such as farming, fishing…” Le noted.

Much like history, the production itself is changing in slight ways. As the director mentioned, “The story of each show is the same but during practice, there is always room for artists, performers and musicians to develop their skills and find more new messages to present who they are.”

This circus is truly a circus, with acrobatic feats and stunts. One significant difference is that no animals are involved in the show.

Ultimately, those that come to experience the show must imagine themselves right in the production to fully appreciate the cultural significance of what it is trying to convey. “The soul of our show is represented through light, sound and stage settings that makes the audience, whether Vietnamese or foreigners seeing for the first time, be able to understand and feel touched; there is no language gap,” Le said.

Vietcetera had the opportunity to visit the Teh Dar show during their rehearsal recently. The show incorporates the Vietnamese Bamboo Circus. We could see how every few minutes, the performers would begin a part of their show, stop and begin again. Each person was paying finite attention to detail. Each performer exuded confidence and power on a more stripped down stage.

Le noted as a director, his main job is to push performers beyond their limits to recognize their abilities. During rehearsal, we noticed some of the performers were bandaged up, a clear example of pushing themselves beyond their physical abilities. Throughout the four years that the show has been running, there are slight variations based on the performers’ preferences, he said.

Is the past of Vietnamese culture being preserved in its present and being spread worldwide effectively? Le replied that there are many different ways to preserve culture. “For us, we take the culture and tradition as inspiration to create the show. But more or less, it is important to build the bridge and find ways that we can portray the cultural message to the world without translation.”

Writer’s Note: At the time of release, the A O Show will be performing at the Saigon Municipal Opera House for the month of September.