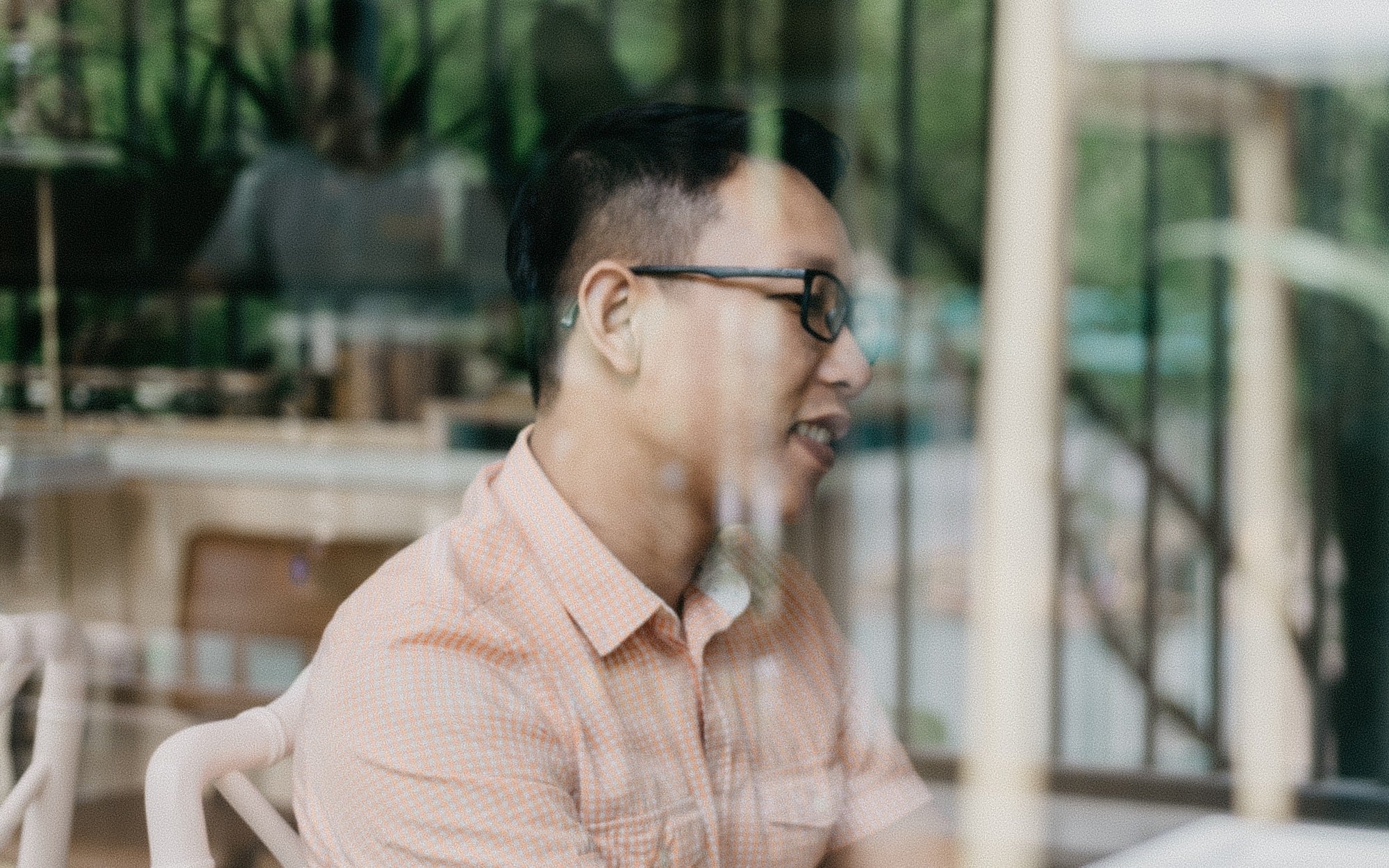 Chef Hungazit (real name Nguyen Manh Hung) is a freelance chef who has experience in cuisine from different parts of the world, such as Italy, China, and some Southeast Asian countries. He is also widely known for penning popular culinary books such as the Heart of Chef and Chef – Professional Chef.

Hungazit started out his career in average kitchens. They were often meager and lacked respect for proper ingredients that would have easily quenched the passionate fire of young chefs. However, he persevered and pursued more professional environments to learn from. From these environments, he obtained valuable experiences about working in the kitchen and the Vietnamese culinary arts.

Vietcetera was fortunate to have a chance to sit with Hungazit during his time in Saigon. We hope what he shares can help readers understand more about the career of chefs and the journey to creating Vietnamese cuisine.

What is your culinary style? How was it built and what do you put into your dishes?

Around 2008, I was the executive chef at the Hanoi Cooking Center. Thanks to that experience, I had the opportunity to work with Ms. Tracey Lister, an Australian chef and author of three very popular cookbooks. I learned a lot of modern culinary knowledge from her and applied it to my cooking style.

I like both modern and traditional styles. At the core, my dishes are composed of traditional ingredients and flavors. At the same time, I apply the principles of modern and scientific cuisine to my cooking method and combine new decorations to bring unique experiences to diners.

What is culinary science?

Culinary science is the study of food through the perspective of the sciences, particularly chemistry and physics. In fact, scientific applications have always existed in cooking. For example, using fire to cook is a physical application. Similarly, combining ingredients to make sauce is a chemical application. However, many people are not aware of this or do not actively research culinary science.

Explaining and grasping these scientific principles helps a chef become more proactive and creative in processing and combining raw materials to produce breakthrough dishes of fragrance and taste.

Temperature and time are two key factors in culinary science. In particular, temperature is the most important factor because it directly affects the texture of the material and determines the taste and color of the dish. For example, tea brewed through the cold brewing method (brewing tea at a low temperature for a long period of time) will give a completely different flavor compared to tea made with hot water at 100 degrees Celsius. Similarly, meat stored at low temperatures, from -20 to -18 degrees, can kill the larvae of parasites, which is critical in terms of food hygiene.

There are many things to learn to become a professional chef. What do you think are three factors that make a good chef?

Sacrifice, dedication, and humility. The world of cuisine is extremely large and requires you to constantly update your knowledge. Humility will help you learn new things. If you think that you already know enough, it’ll be hard to learn new things and others might not be willing to share what they know with you.

As a chef, you have to work long hours in a stressful environment, so you must have great dedication in order to stick with the profession. Dedication also sometimes requires sacrifice, such as less time for family and relationships, in exchange for more time to focus on work.

Being a professional chef is a career orientation that requires a lot of investment. Have those investments been correctly recognized?

From 20 years ago to even now, a chef’s job has not been properly recognized. The current generation of chefs wants to change the common view that being a chef is only a job to earn a living.

A chef does not just make a dish to fill his hungry stomach. As Chef Cam Van once said, “Chefs are cooking artists.” They need to have a vision for presentation, consider colors, and master cooking techniques to make delicious and interesting dishes. In some cases, they even go on shows and attain a high income.

That’s primarily a result of those who have ‘absorbed the profession.’ They constantly cultivate cooking skills through combining science and art to enhance the “work.” If you consider a chef as simply a job to earn a living, you cannot expect others to respect your work.

Besides being a chef, you are also an author of cookbooks loved by many. What linked the ‘knife’ to the ‘word?’

I wanted to save my culinary knowledge in the form of a handbook for myself and others. The market for cookbooks at that time was very limited. Most were boring recipe books that you would only look at when needed. I wanted to change readers’ views about cookbooks so that when they finished reading, they would want to rush right into the kitchen.

The first draft I sent to Nha Nam Publishing House was rejected because of insufficient quality. A friend helped me send it to another publishing house, I Love Cookbook, and they accepted the draft immediately. In 2014, the book was published; it had a good response because this was one of the few cooking publications compiled by a chef. All 2000 copies sold out after only one year and another 2000 copies were reprinted.

This first success was the motivation for me to write the next book. Thanks to this, I later had the opportunity to work with the Australian government to develop a book to share Vietnamese culinary culture with Australians.

Since you operate mainly in Hanoi, what do you think of the culinary scene in the capital in recent years? What is your most impressive restaurant model?

Saigon is a very open place, so the world cuisine trends update very quickly. The people of Hanoi like familiarity, so they are quite cautious and often take some time to accept new things. Hanoi has what exists in Saigon – French, Italian, and Spanish cuisine – but only about one to two years later (laughs).

Recently, however, the Hanoi food community has started to gradually open up. The most obvious sign is their support for TUNG Dining, the first Nordic-style fine dining restaurant in Hanoi. There is also a T-art restaurant, where diners can find ornate Vietnamese cuisine in fine dining style.

For the majority of Vietnamese, fine dining is still a rather strange culinary experience. Is there anything customers should know to have a full gastronomic experience?

With the rapid growth rate, the living standards of Vietnamese people are much higher. While they’ve started to care about new culinary experiences, most still have not experienced it or know much about it.

While many people are willing to listen to the instructions of the service staff, there are also many customers who are determined to stick with their old habits. For example, when eating a plate of tuna salad at a French restaurant, rather than enjoying the harmonious flavor that the chef has prepared, they might insist on using the same fish sauce. The chef that prepared that dish would be very sad because the food can’t be enjoyed according to its intended taste.

Once you’ve decided to have dinner at a luxury restaurant, there are a few things you should take note of to get the full experience: