We met with EAST Films, the team behind 'Ròm to learn about the collaboration, their perspective on Vietnam’s film industry and plans for the future. 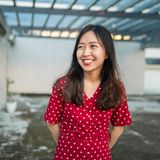 Making its nationwide debut in Vietnam on July 31st, Ròm is a culmination of a cinematic process 8 years in the making. Despite controversies surrounding its production and subsequent release, the film has garnered public attention as well as receiving critical appraisal as the first Vietnamese film to win the New Currents Grand Prize at the Busan Film Festival.

Ròm has a wonderfully haunting look thanks to its singularly unnerving cinematography and unconventional choice of the theme. The audience is invited to follow the titular character down the rabbit hole and into the world where every day is a struggle for survival: an unflinching look at Vietnam's urban poor.

We met with the team to learn about the collaboration, their perspective on Vietnam’s film industry and plans for EAST Films.

Looking back, why did you think it was the right time to partner up and produce a film together in Vietnam? What are your views on cinema and market trends in Vietnam?

Anderson: Confronted with mortality after the passing of a close friend, Stephane Gauger, we realized that life was too short. We had always been supportive of each other’s projects, but we wanted to formally unify through EAST.

For the second question, I think Vietnam, as a trans-pacific theatrical market, holds a lot of potential for the movie-on-demand model. Netflix has been touring around Ho Chi Minh City for a while now and you know the country is definitely on their docket when they launch the local user interface, which was the case with Vietnam.

Lee: I’ve been interested in the film market in Vietnam where there is a rising tide of collaborations between local and overseas Vietnamese. EAST was our response to the movement. We wanted to make arthouse films with commercial appeal and sophisticated genre films. We think the Vietnamese market is ripe for that.

Linh: For me, film-making is a passion and I wanted to share the joy of it with like-minded friends. We think of each other as companions who can produce work of great quality that is adapted to the increasingly expanding Vietnamese market.

Bao: There's been unparalleled growth in terms of local production. It used to be 7-8 films a year, but now 50-60 local films a year is the norm. Akin to this is the talent growth, led by initiatives like Xine House and Autumn Meeting that allow emerging Vietnamese filmmakers to cultivate their cinematic voice freely.

Jenni: The biggest reason why I prefer the local filmmaking scene is that we help each other. As a producer, I easily help other filmmakers out and conversely, whenever I need a contact or advice, I can easily call up everyone. There’s very little sense of ‘hiding trade secrets’. I've been fortunate to be able to work with friends for the past 15 years, so it made sense to come together with them as a collective and keep up the passion.

Kenneth: I’ve always had deep respect and admiration for the work that my partners had accomplished, so it was a dream to come on-board to push forward the momentum of the team. In the upcoming years, there will be even more possibilities and breakthroughs on both the storytelling side and box office metrics. There is no better time than now to carry out the work of EAST Films.

The movies by EAST Films are expected to go global and win over international audiences. How do you incorporate and highlight the Vietnamese and Asian elements in your work?

Anderson: We achieve this through the work and support of our talented content creators: Phan Gia Nhat Linh who was the first Vietnamese citizen to attend USC School of Cinematic Arts in the US; UCLA film school graduate Ham Tran — a true journeyman director; and Bao Nguyen who has broken out of the mold as a true trans-pacific filmmaker with his latest film BE WATER, an official selection for the Cannes Film Festival. We are also open to mentoring upcoming young Vietnamese filmmakers, who hold a really cosmopolitan and global mindset.

Lee: The partners of EAST are mostly born, raised, and trained in the US, but their work is deeply enriched with Vietnamese and Asian sensibilities. Our directors almost exclusively focus on Vietnam as a setting or focal point in their narrative work. Vietnam and Asia aren’t just incorporated or highlighted in the work of EAST - they are front and center.

Linh: Perhaps it’s because I was born and raised in Vietnam that I always tried to incorporate its culture and spirits into my films, even if they're a remake from a foreign script.

Bao: As Vietnamese and Vietnamese American filmmakers, as long as we’re speaking from a place of honesty and authenticity when telling our stories, these elements will be present naturally. It’s up to us though to utilize this cultural uniqueness to tell stories with universal themes and values that audiences all around the world can relate to.

Jenni: While our backgrounds differ, the thing that binds us is our Vietnamese heritage, and so with whatever we produce, the Asian/Asian American perspective shines through. Having lived and worked in different motherlands, we provide that bridge to endless possibilities and fresh ideas with cultural flair.

Kenneth: At EAST Films, we are Vietnamese storytellers working relentlessly to weave together narratives that come from our collective experience. Our stories inevitably reflect where we’ve been and where we’re going from the authentic viewpoints of Vietnam and Asia.

EAST Films has produced a number of successful projects. What is the vision for future Vietnamese filmmakers?

Lee: As world-class professionals in storytelling, production, and distribution, we at EAST are very interested in working with filmmakers who are fearless and undeniably passionate. They're unapologetic about telling the stories of socioeconomic class struggle, transnational experiences, female inequality, gender fluidity, environmentalism. They are the future of Vietnamese film.

Linh: I think future Vietnamese filmmakers will face the challenge of having to be innovative enough to convince the local crowd while remaining authentic when presenting Vietnam to a global audience. It will take true conviction to be able to compete on the global stage.

Bao: There’s this familiar trope in the creative field that you should stay grounded to only crafting art from your experience. While that's valid, I believe the next evolution for Vietnamese filmmakers is to gain the confidence to step out of their comfort zone and build new worlds, to create new mythologies.

Jenni: I feel inspired by this new generation of filmmakers and their hunger to learn, open their minds and broaden their cinemascope. It is EAST’s goal to support and help them do just that.

Kenneth: Our vision is to provide an open space for Vietnamese filmmakers to bring the possibilities of their vision to the screen. We are here to manifest and nurture the community of Vietnamese storytellers.

Anderson: The advantage that we have is our very young filmmakers who are globally minded and are willing to put their own creative imprimatur that is both distinctly Vietnamese and universal. With EAST as a foundation, these new storytellers are able to put their creativity on a pedestal to generate contents that will enhance the cinematic experience for local audiences.

Lee: As inaccurate as it is, we’ve normalized the idea that Western movies are inherently better. The truth is, the quality gap has much narrowed. Even my parents who once strongly disapproved of Vietnamese theatrics, after seeing recents films, became believers. I think the prejudice will remain, but as long as there are people willing to validate our movies, their overall quality will improve.

Linh: I think Vietnamese theater-goers’ tastes have evolved a bit beyond the local cinema's capability. They prefer world blockbusters, while Vietnamese filmmakers are still struggling with low-budget, low-end production. Still, I believe that if EAST can make a good film, even if it's something out of the mainstream, it still has a chance to succeed. And that's why EAST is having a great deal of high quality work in the pipeline.

Bao: It’s a chicken and egg situation. We must make films that are high quality and financially successful to attract the local audience, but we also need them to seek our work first to provide the necessary financial incentive. EAST takes all stages of the film-making process seriously, but we are just one small component of a larger structure that needs to work in collaboration with each other to ensure Vietnamese cinema can flourish both in content creation and marketability.

Jenni: I actually think that Vietnam is very unique in that the local audience is ready to support good Vietnamese films. There have been instances where homemade movies surpassed global giants at the box office, so the local experience is still very much alive and thriving in Vietnam.

Kenneth: To captivate the mainstream audience’s attention, EAST Films will curate and produce the strongest stories from the stable of talented filmmakers we work with. Over time, access to these quality films will come naturally, as domestic Vietnamese, as well as international audiences, will begin to recognize and demand these types of authentic and powerful stories.