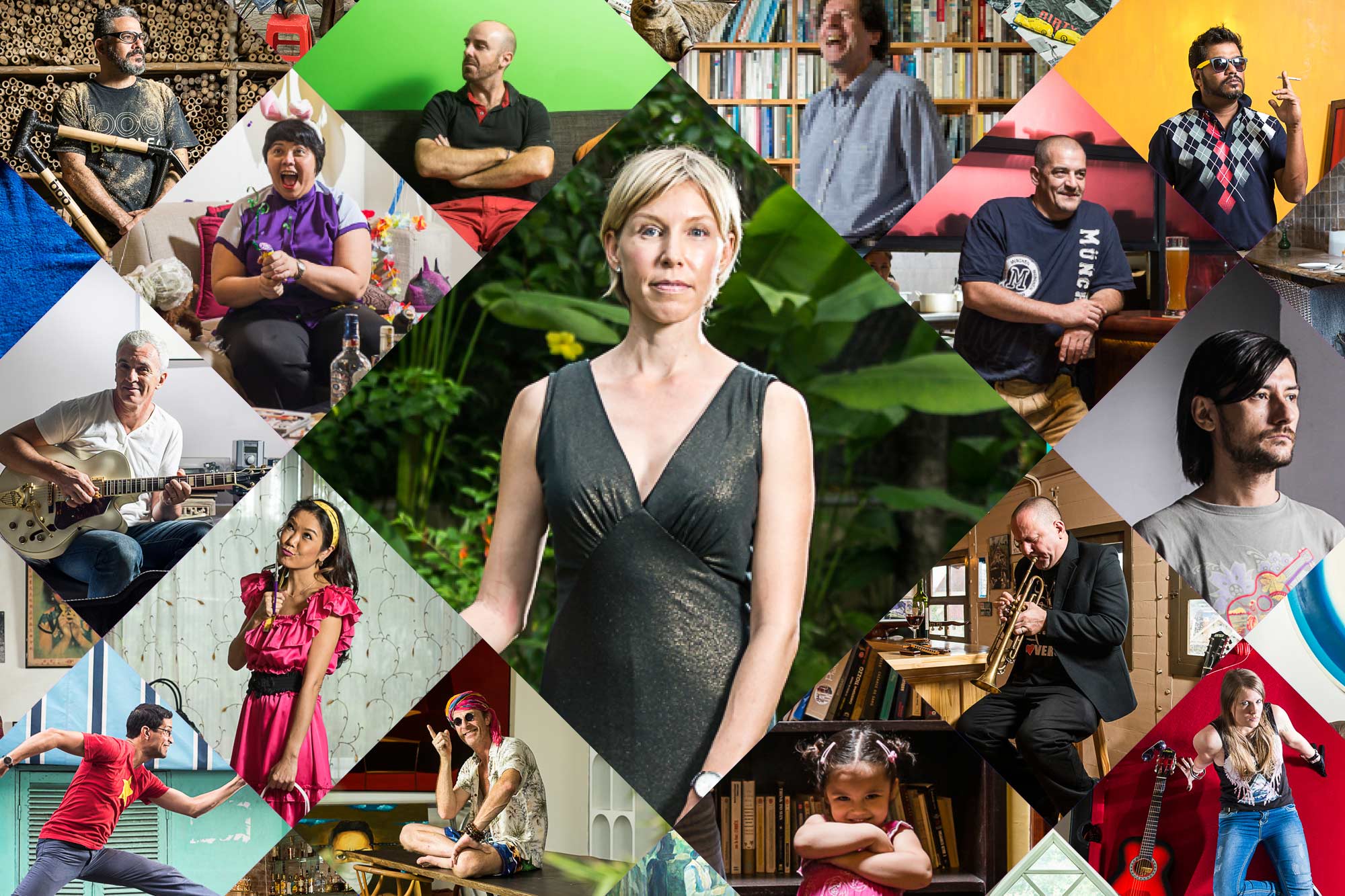 I spent one year in Paris, eight years in Hanoi and nine years in Ho Chi Minh City.

When I was three months old my German mother took me to Malawi, where my British father was living in the jungle. My first word (“bug”) was in Swahili, while my first sentence –spoken in German during a trip to Europe—was “I want to go home”. By the time I turned eleven I’d been to a dozen different schools. Not surprisingly, I’ve always been obsessed with the concept of “home”. The main page of my author website has an old black and white photo of Hanoi and the line: Home is not a place but those moments of perfection when there’s nowhere you would rather be. I’ve been lucky enough to experience those moments in many different places.

When did you know that you wanted to stay overseas for good?

I still don’t know this and entertain fantasies of retiring on Vancouver Island, where I lived from the age of eleven through high school. My parents live there and it’s spectacularly beautiful, full of parks with perfectly-trimmed flower beds. Most incredibly of all, the city hasn’t changed since my childhood. While that makes it an ideal place to visit, living there might prove dull, after Vietnam. I hold Canadian and British passports and my husband has Australian and Vietnamese ones. Who knows where we’ll end up?

Living in Vietnam has allowed me to work part-time as a freelance writer and editor and pursue my lifelong passion to write fiction. My first novel, Elka Ray, was published in 2011. In 2012 two kids’ books about Vietnam, which I also illustrated, came out. And one of my short stories was recently included in Monsoon’s Crime Scene Asia: Asia’s Best Crime Fiction 2013.

About fifteen years ago, as a favor to a friend of a friend, I modeled bridal gowns. After hair and makeup were done with me I looked like a middle-aged transvestite, while the stylist padded my chest into another time zone. I had to pose, in broad daylight, beside Hanoi’s Truc Bach Lake. A young guy driving past was so stunned by the sight of me that he crashed his motorbike into a tree. 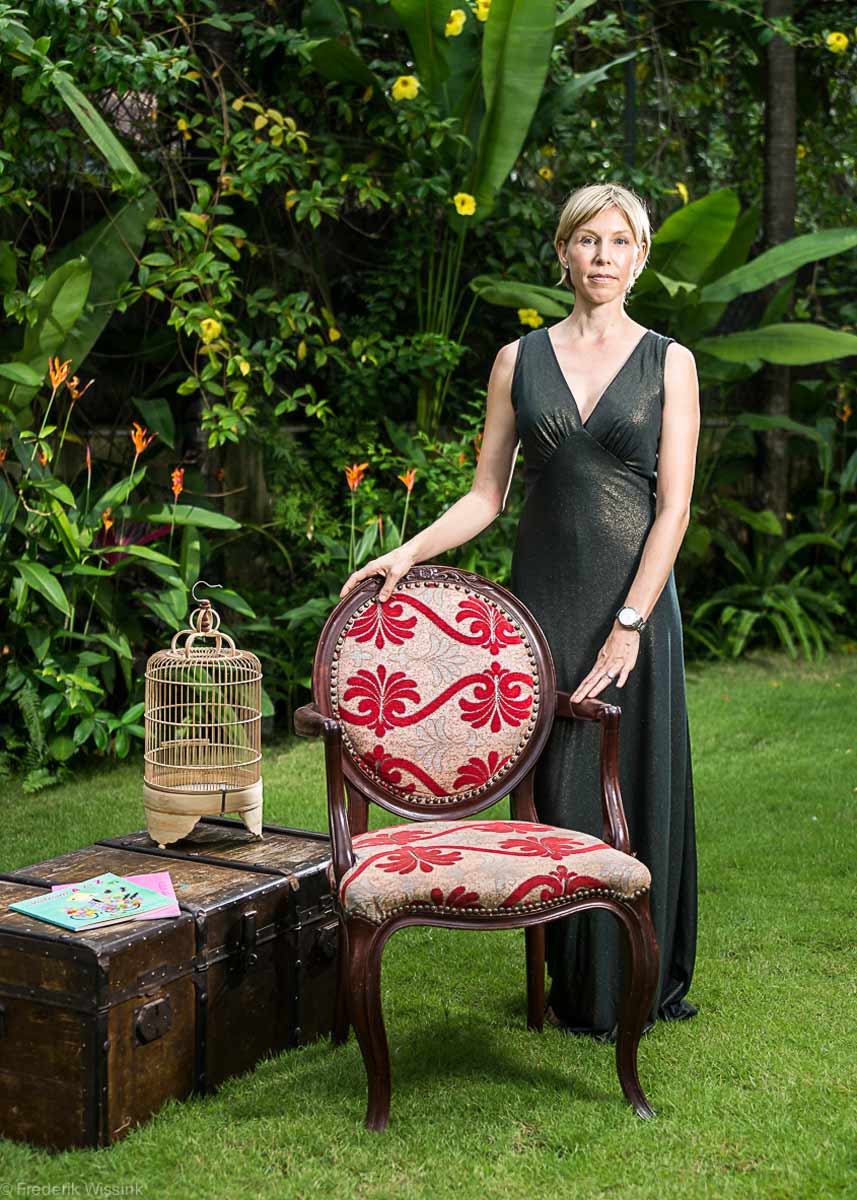 When I first moved here I found it hilarious that the Vietnamese word for “sad” and “empty” are interchangeable. I longed for landscapes with no people. Today, when I go back to Canada, I wonder where everybody is. Even in large cities, there’s often nobody around. It is beautiful, but it makes me nervous.

I caught myself trying to get into an elevator before everyone in it had gotten out.

In Vietnam, everything happens at the last minute. Plans change so nobody makes any. I’ve learned to go with the flow and to deal with issues as they arise rather than trying to preempt them.

Is there anything that bothers you about your adopted home?

The hypocrisy. While I’m constantly reading about “traditional Vietnamese values”, I see rising corruption, selfishness and the sense that rich people are above the law. In a country that claims to be conservative and deeply Buddhist, infidelity is the norm, and spousal and child-abuse common.

What’s most surprising or useful insight you could offer a newbie expat in your adopted country?

Until you’ve gotten the hang of the high-broken tone, avoid the word “old” (cu) in Vietnamese.

In the eighteen years I’ve been here, motorbike crashes have left one friend permanently brain-damaged and killed a colleague, a friend’s young daughter; another friend’s mother; and another friend’s teenage niece. I have seen carnage that I would give a great deal to forget. I used to travel everywhere by motorbike. Back before the helmet law was passed, I only wore a helmet for long road trips. Since having kids, I’m much more safety-conscious and feel like I’ve used up all my “motorbike luck”. When I see children (including expat kids) on motorbikes without helmets I want to yell at their parents.

I can’t see myself living anywhere “indefinitely” but don’t plan to leave Vietnam any time soon. We’re planning to move to the beach near Hoi An, which will be a whole new adventure.

Even after all these years, things still surprise me. Living in Vietnam can be frustrating at times but it’s never boring. I love the weather, have lots of fun, interesting local and foreign friends, am doing work I adore and can travel regularly to exciting places. Thanks to excellent and affordable household help, even with two small children, I have a lot of freedom. Most of all, I’m inspired by the energy, industry, humor and entrepreneurial spirit of Vietnamese people. I feel really lucky to have spent going on twenty years here.