From Vietnam to Centre Pompidou: The ilco Way | Vietcetera

From Vietnam to Centre Pompidou: The ilco Way

A read into Brique Blanche - an artist touch to a common object. 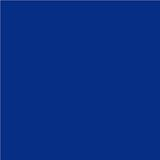 Brique Blanche and its aesthetic application | Photo by ilco & Thy Tran

It was London that brought Strasbourg-born Madeleine Duflot and Koa Pham, a Saigoneer, together. After meeting as students at Central Saint Martins, one of the world's leading centers for art and design education, the duo founded ilco, a London-based art and design studio.

Their first project, into-form, a five-piece, transformer-like furniture set marrying sculpture and design, was noticed by both the industry insiders and public at Milan Design Week 2018. Tom Morris picked ilco as one of the 6 International rising talents to watch from Salone Del Mobile’s SaloneSatellite for his piece in Architectural Digest.

Launched during the lockdown, ilco’s second project Brique Blanche (BB) is no less boundary-pushing. The original inspiration came when touring Vietnam in October 2019. The duo was struck by how ubiquitous bricks were in Vietnam: some used in construction, some languishing on the roadsides or piled high in front of houses. The country’s urban and rural landscapes were littered with them.

BB upholds the notion that art should be fully immersed in everyday life. Deciding to cast a mundane object in aluminium, Madeleine and Koa chose to look at it with greater attention and in a different light - to find it worthy of appreciation in its own right.

Inspired by the concept of “carte blanche”, BB gives the audience full freedom to determine the brick’s use and interpret its functionality: a door stopper, a flower vase, a pencil holder, a shelving system – the audience is restricted by their imagination alone. The eclecticism in functionality creates an intimate relationship between user and object.

First conceived as spiritual work, BB’s function extends to include practicality, becoming an everyday object. It is your own interpretation that matters.

Do Tuong Linh, a curator and art researcher at Six Space, an art venue in Hanoi, sees the “playful” Brique Blanche project as full of “quirky humor” directed at the “mundane, ready-made objects” by infusing them with a “mystified aura of a work of art”. “Brique Blanche is also a great reminder of the colonial and intellectual links between Vietnam and France,” Linh continues. “It was during the early 20th century that Ho Chi Minh, a Vietnamese revolutionary leader, famously used the French-made ‘chauffeuse’ bed-warming brick to keep himself warm in the cold of Europe’s winter.”

On the same momentous trip back in 2019, ilco met Dung, the founder of Tin Thanh EPS Foam, a manufacturer of foam and paper packaging. Impressed with high-quality aluminium moulds at Dung’s factory, Madeleine and Koa convinced him to partner with ilco for the BB project.

Although doubtful about the success of the endeavor and concerned about trying something so unusual, he nonetheless agreed to produce a quantity of aluminium bricks. “I will support you guys with the very first 20 bricks, as this is such an interesting, playful concept.”

His support meant that ilco was able to finally break the ice and establish relationships with other makers in Vietnam who at first were skeptical about working on a project that required a leap of faith to venture into the unknown.

Since the start of the pandemic, design weeks have been canceled or pushed back indefinitely, meaning that ilco had to find a way to gain exposure for BB outside of the design-week circuit.

For Madeleine and Koa, trying to get an emerging business off the ground in the midst of a pandemic meant learning how to brand themselves, build an e-commerce platform and plan marketing strategies. Things they certainly don’t teach you at Central Saint Martins as part of the design course, joke the founders.

Impressively, their efforts are already bearing fruit. In Vietnam, where the virus is under control, Aeie and Objoff have offered to carry ilco products. In Korea, Rope Editions Seoul has expressed interest as well.

This year’s Paris Design Week was an unusually subdued affair due to the public’s concerns over the spread of the virus. Yet for ilco, it closed with a big bang when the representatives of the Center Pompidou Boutique, an art and design store on the grounds of Paris’ iconic modern and contemporary art museum, selected ilco to be featured at the store.

For an emerging design studio to be recognized by one of Europe’s preeminent art institutions, is a testament to the founder’s vision and dedication to bring a product inspired by the Vietnamese culture and made in Vietnam to global audiences.

Following the move to a new studio, ilco founders are determined to capitalize on the momentum created by this early success. Today the duo is busy conceptualizing the next project, the “Brique Blanche show”, an exhibition featuring the works of artists invited to find new uses for ilco’s aluminum bricks.

For the founders, whether the resulting pieces will look like art or functional everyday objects is secondary. What matters is to succeed in fusing art and design.