Legends In A Bottle | Vietcetera

Legends In A Bottle

When it comes to souvenirs, we tend to be drawn to those exotic, location-specific objects. In this context, few holidaymakers think of water. 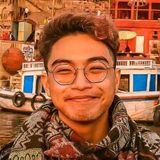 When it comes to souvenirs, we tend to be drawn to those exotic, location-specific objects that neatly capture the spirit of a place. In this context, few holidaymakers think of water — a mundane yet essential substance that makes up 70% of the human body — as a gift for the loved ones to bring back from the next overseas trip.

So, how did bottled water become a souvenir? And where can you get your hands on one of those bottled “legends”?

The magnificent nature of Évian-les-Bains (Évian), a commune located in the Haute-Savoie region in south-eastern France, is a draw for international and domestic tourists flocking to the fashionable resorts and spas sprinkled around Lake Geneva.

But the city of Évian is known for more than fresh air and spectacular views. Its most famous export is born in the Alpine permafrost. Mixed with snow and mountain rain and naturally filtered through glacial rocks, it feeds the crystal-clear streams running under the city. First discovered in 1789, Évian’s alpine springs power the local tourism industry as well as offering the perfect souvenir — a bottle of delicious natural water of unprecedented purity.

For the locals, who have been referring to their hometown as “the city of water” for as long as anyone can remember, receiving an official recognition is unfoundedly a welcome development. It also helps explain to the outsiders why in this particular community, the words “evian” and “water” are used interchangeably.

To ensure the valuable resource is harvested sustainably, the exclusive rights to extract and bottle local water belong to one company, Evian. In 2008, Evian became the first natural spring water manufacturer to have its watershed area recognized as a wetland of international importance by the Ramsar Convention, a partner of UNESCO.

Evian's 15-year-strong natural water purification process is a unique point that distinguishes them from other water brands. In fact, their process dates back to before glaciers even covered Evian’s verdant mountains. As the water flows along the rocky layers, it absorbs the healthy minerals and electrolytes. And the result is Evian’s premium, natural mineral water.

When it emerges at the evian source, it contains naturally occurring electrolytes and minerals and a neutrally balanced pH, giving the water its unique, crisp taste that is as refreshing today as it was in the 18th century when drinking bottled local water to promote health was first popularized by Monsieur Cachat.

Remarkably, the company's core values haven’t changed since then: purity in one form, without branching out into “trendy” categories like flavoured or carbonated drinks.

The brand's production process, on the other hand, follows all the modern-day sustainability criteria: utilizing natural filtration, supporting the local community, reducing carbon footprint, as well as contributing to a circular economy.

In an effort to seek out innovative ways to reduce the use of plastic, on March 16, Evian launched its new environmentally-friendly bottle design, a truly sustainable product focused on inspiring a “greener” lifestyle to their consumers across the world. Evian’s new product, which features a logo engraved in Singapore, was launched just in time for Global Recycling Day on March 18, and for World Environment Day celebration on June 5.

After almost 2 years of extensive research, their newly-improved packaging is the first of many projects made from 100% recycled plastic, marking a new milestone for Evian as they continue to spread the importance of sustainability, and contribute to environmental protection. And according to Evian’s representatives, these bottles will soon be for sale at Annam Gourmet across Vietnam in May 2021!

When visiting Japan, a trip to the famed hot springs of Beppu, the “capital” of onsen, is considered a must by many.

Boasting the second-highest number of active hot springs in the world after Yellowstone, Beppu City in Oita Prefecture has its fortunes firmly linked to the little sprouts of sulfur-rich water bubbling up to the surface. Soaking in a bathtub filled with mineral-rich water not only sends you into a state of bliss and deep relaxation, but it also helps detoxify the body and reduce the effects of joint diseases.

The Japanese are equally keen on drinking their hot spring water (this custom is known as insen) to boost the benefits of the bath soaks.

According to the Japan Spa Association, several researches have revealed a clear link between drinking hot spring water and improved digestion and liver activity. Separate studies by Oita Pharmaceutical Association have also shown positive effects on metabolism and blood production. However, those with medical conditions should consult their healthcare provider as there are certain risks associated with consuming fresh onsen water.

Thanks to its health benefits and cultural credentials, a bottle of mineral water from Beppu is considered a highly desirable souvenir. Nowadays, bottles of onsen water can be found in shops across the city and even at the nearest international airport (Fukuoka). Tourists returning from Beppu are very likely to have more than one bottle stashed in their luggage.

Crystal Lake (New Jersey, US) — a taste of pop culture

Many fans of slasher films consider Jason Voorhees of the Friday the 13th horror movie franchise the icon of the genre. For those unfamiliar with the story, the film’s fictional character Jason Voorhees drowns as a boy at Camp Crystal Lake due to the negligence of the camp staff. Decades later, the lake is said to be haunted and the camp is plagued with a string of horrific massacres. Jason is featured in all of the films, as either the killer or the “choirmaster” behind the killings.

As the filming location of all the eleven Friday the 13th films that were shot between 1989 to 2009, Crystal Lake became a mecca for those attracted to creepy and dark stuff. Not satisfied with simply paying their respects to the lake, horror-loving visitors often want physical proof of having “been there, done that”.

To meet the demand, Angry Mother Bottling Co. came up with the idea of bottling the lake water and selling it as a souvenir. And staying true to the series’ spirit, only a limited number of bottles are filled on a Friday the 13th each year, making these rare objects even more desirable.

Adapted by L A M.