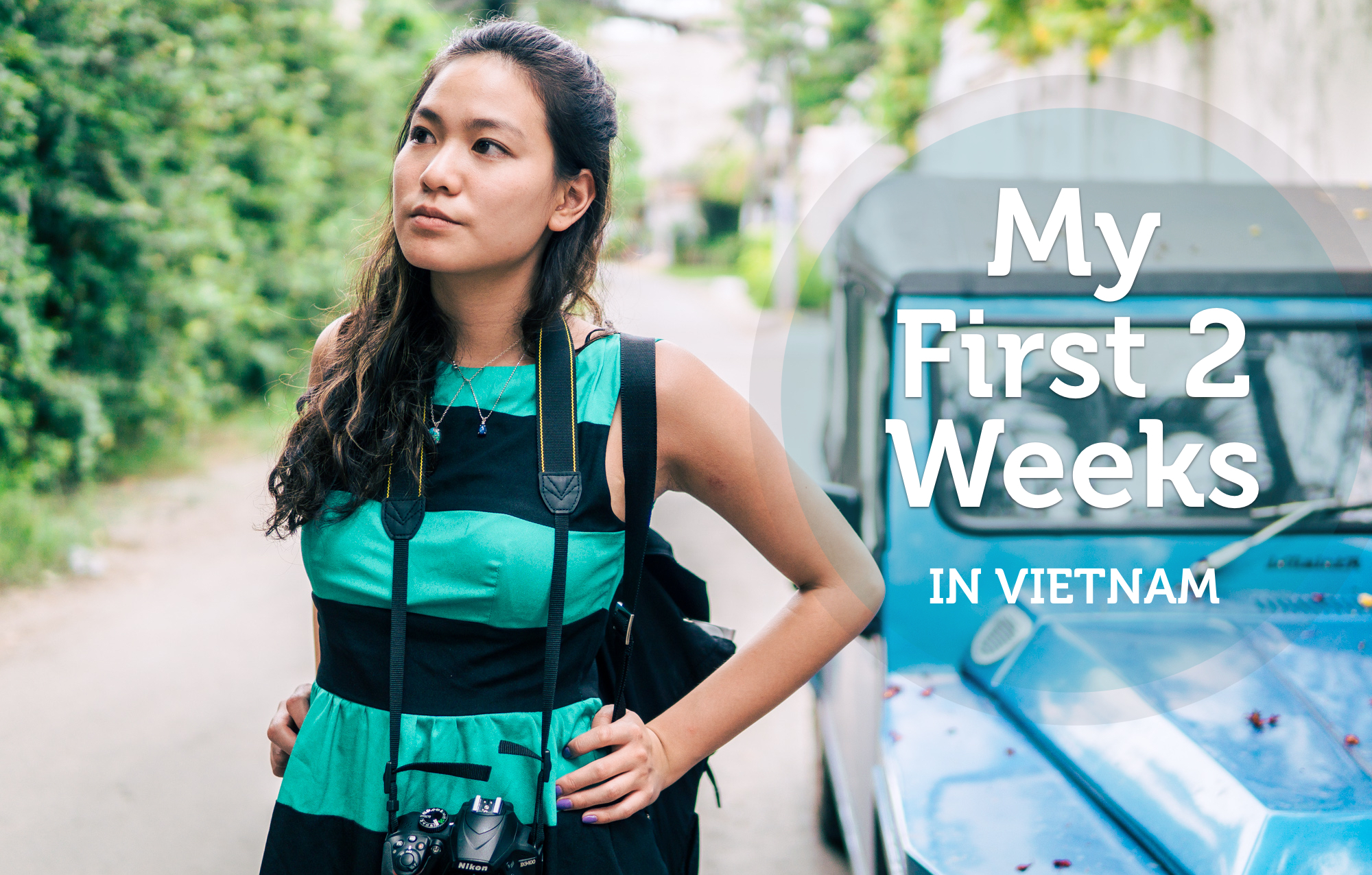 It’s not an easy task. Immersing yourself in the culture of a new country and also feel at home at the same time. The image of Saigon with tightly packed roundabouts surrounded by xe om is as common as it is iconic. The first sight I have leaving Tan Son Nhat airport every time is the congestion of people moving out and about on motorbikes on the street.

What surprised me most about this city is that unlike New York or Hong Kong, where people keep to themselves at extreme lengths in crowded places, in Saigon, xe om drivers will ask for directions or crack a joke to their neighbors at a stoplight.

I’ve been taken aback by the friendliness in this city and it’s made the adjustment that much easier. However, space is such a different concept than what I know it to be. It’s hard to be alone among so many people, but it’s very easy to feel lonely. My first two weeks in Vietnam have a balancing act between exploring Vietnam while also getting settled in Saigon for the next few months.

On the weekends, I visited places I haven’t been since I was a child. My first stop was to my mom’s hometown. To get there, I took a sleeper bus to a Southeast region from Ho Chi Minh City called Soc Trang and a shuttle van later picked me up to go into the village. Although bus drivers are known to be gruff, they even dropped me off where I was staying rather than the bus terminal and did the same on the way back. The rides were surprisingly comfortable and took about 4.5 hours including a 20 minute break at a rest stop that sells dinner. Within half an hour into the ride, most of the bus was sleeping.

Traveling to the countryside is not necessarily a “destination” the way beach cities or metropolitan areas are. But they’re worthwhile to see a way of life that is native to so many Vietnamese people. When traveling by bus or train, you will inevitable pass beautiful provincial scenery, lush rice fields, and a sense of classic Vietnam.

The next weekend, I took a flight with VietJetAir to Nha Trang. If you are looking for good Vietnamese food, Bun Ca and Nem Nuong are just a few incredible dishes to try out. However, you’ll have to venture out of the central tourist areas via taxi to get to some good places. It’s best to ask locals where they like to eat because they will tell you not to go anywhere on the main streets. Here are some places to check out: Nem Nuong Dan Van Quyen and Bun Ca 5 Beo.

We took the 4 Island tour in Nha Trang which was 200,000 VND ($10) per person and covers lunch. We were able to swim and snorkel in on a variety of beaches. A highlight of the tour is that they will set up a floating bar off the shore and you can jump off the boat and swim to it.

While traveling in Vietnam offers great fun and affordable prices, the thought of settling in a different country for two months has caused some homesickness for me.

My personal tips for homesickness

I appreciate the experience to move a city where I knew no one and still have open-ended goals. However, this adventure is a marathon and it’s important for me to pace myself with new experiences and my ever-changing worldview.