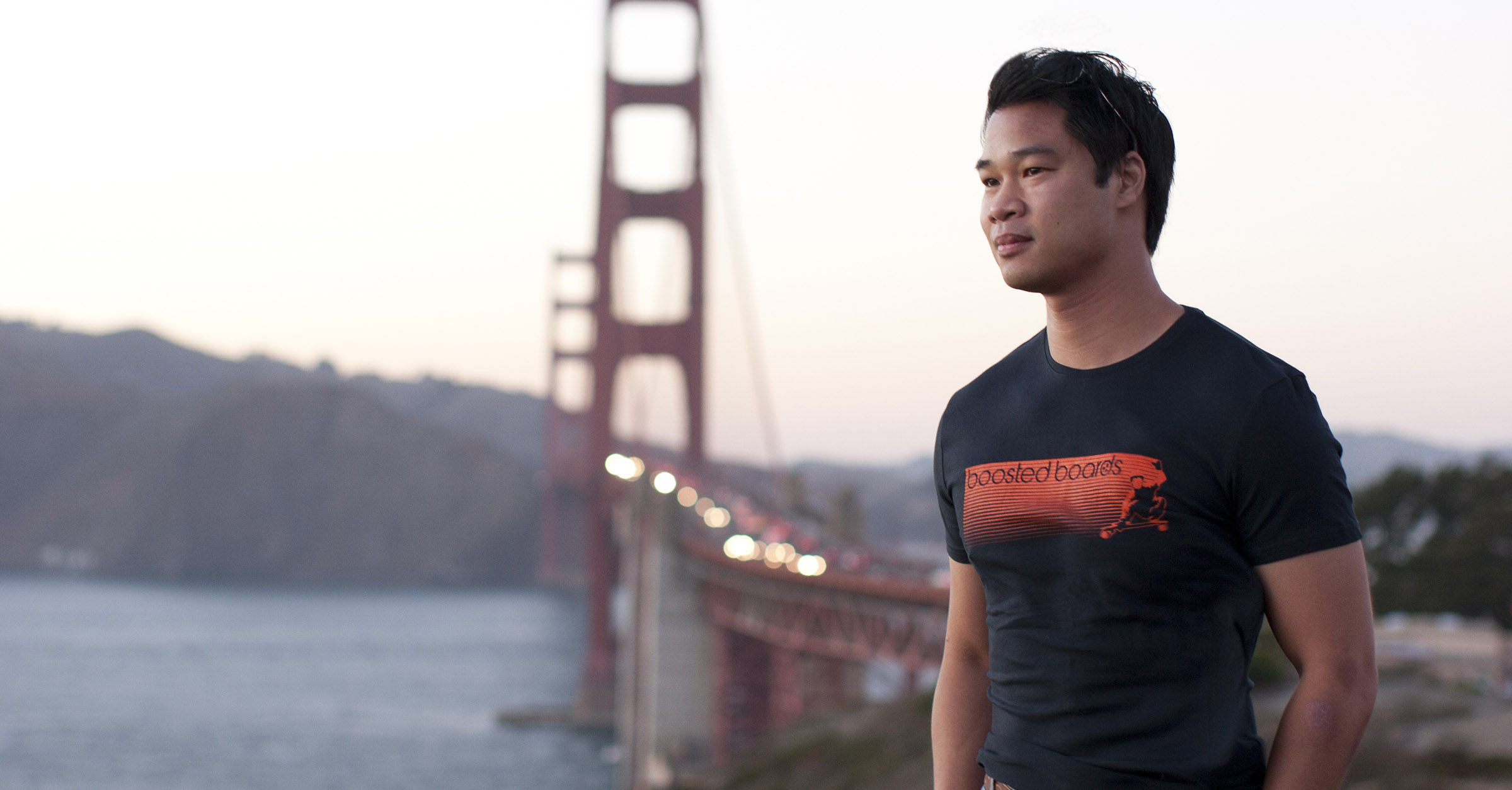 Born and raised in Kansas, a state in the heart of the American Midwest, there were few other Asians growing up around him. Like many Vietnamese-Americans, he grew up with a limited knowledge of Vietnam that only his parents could offer him. The modern Vietnam was an unfamiliar concept until his first visit.

We were able to catch up with Matt after his month-long visit to the motherland to learn about his perspectives growing up, visiting Vietnam for the first time, and what it was like to build Boosted Boards from the ground up.

What led you to start Boosted Boards?

I love snowboarding and hate traffic. While sitting on a ski lift, I started to think about what if my Los Angeles commute was more like a day on the slopes. Wouldn’t it be awesome if I had a board I could ride around in the city and easily carry onto public transportation?

I started working on a prototype that was a cross between a Segway and a skateboard. It was heavy and complex, and then my friend Sanjay was telling me about John, his labmate, had made this cool electric longboard prototype. All three of us got together to bring his prototype to market for this last mile transportation problem I wanted to solve. 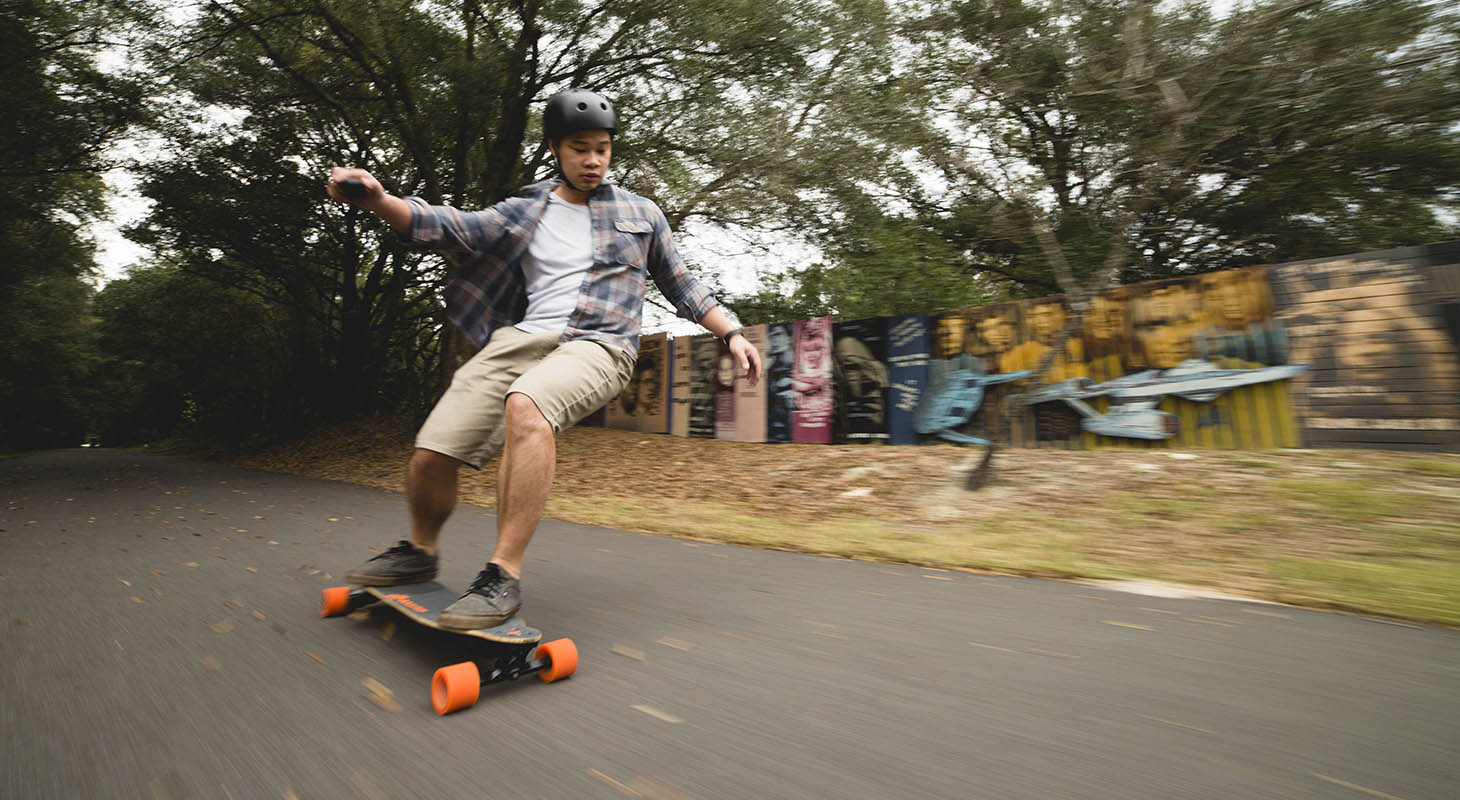 What kind of people ride the Boosted Board?

Commuters, action sports enthusiasts, techies. Most of our customers are not skaters but love the idea of being able to skate to work. Our boards make this much more easier because you only need to be able to stand on the board and the motors do the pushing and braking. Most of our customers use the board for short trips or even the daily commute. All of our customers enjoy the stoke of riding the boards anytime and anywhere, so they do not have to wait for the snow or waves.

What’s next for Boosted Boards?

We just released a new version of the board that has twice the range, the battery is replaceable, and it’s waterproof. With this board we’ll be able to scale to more cities, college and work campuses, and sell internationally.

Boosted is not just making skateboards though. We’ve built a powerful, lightweight electric powertrain that can be used on all sorts of products. We are focusing on making fast, fun, and simple vehicles for everyone.

What’s next on your startup journey?

I love the challenge of startups and idea of being a serial entrepreneur. With the team at Boosted focused on scaling, I recently left to explore new ideas. I love the combination of hardware and software, but given how much time it takes to launch a successful startup, I’m taking my time to find the right project that I’m passionate about. 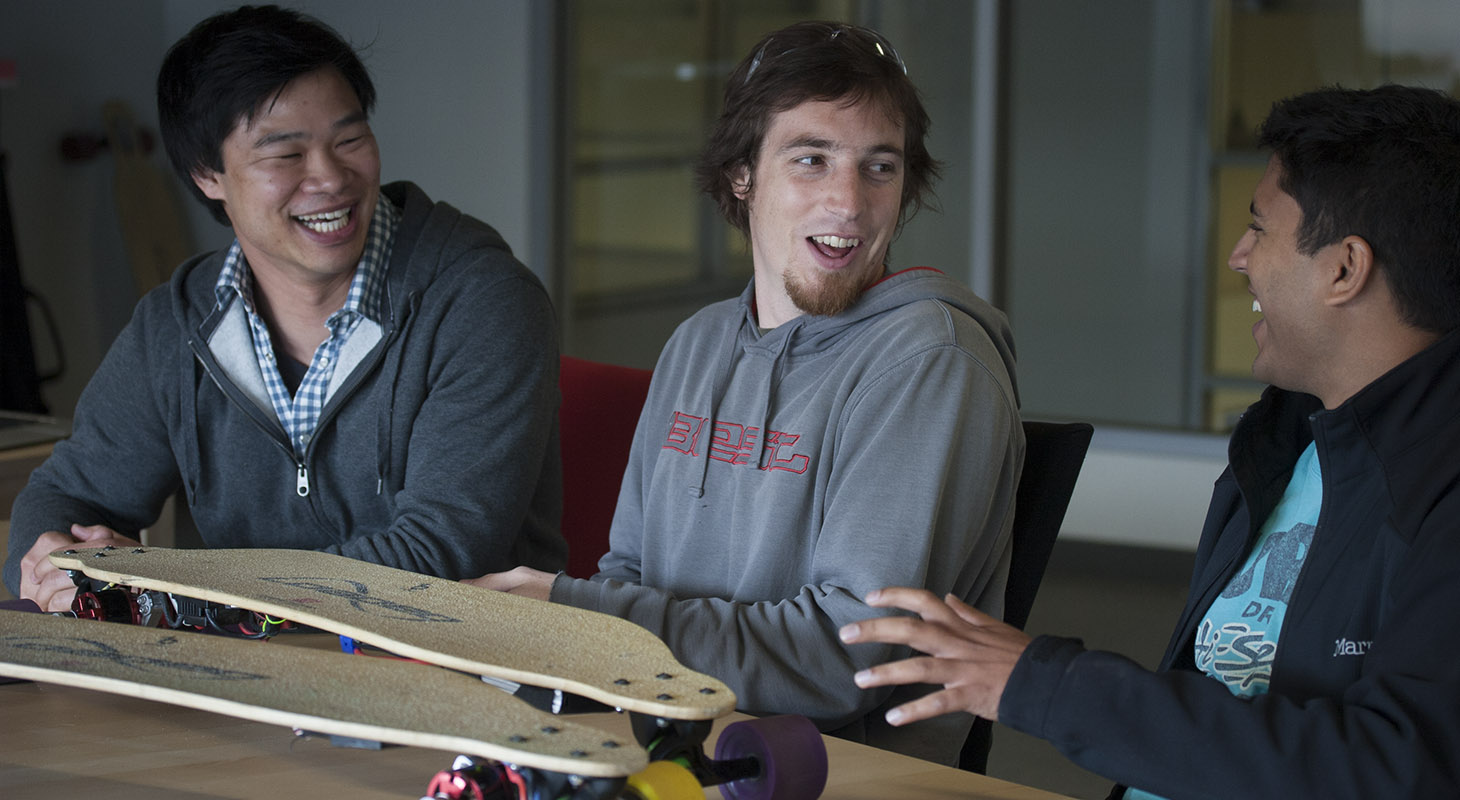 Thanks for the rundown on Boosted! Now a few personal questions that our readers are curious about…

What was it like growing up as one of the only Vietnamese, or even Asians, in Kansas?

I was happy growing up in Kansas. I can’t say I faced a lot of discrimination, but I definitely straddled two different worlds between school and home, but that’s common with all 2nd generation Americans. What’s different about growing up in Kansas is that it’s a very homogenous state. Outside of home is white America, so outside of my family’s home I grew up very assimilated or a “banana.” There really wasn’t much of an option though and my parents encouraged us to speak English and “to be American.” This was because they faced discrimination because of their strong accent, which was always tough to hear about.

It wasn’t until later in life that I wanted to understand my ancestry more. In America there is a continued debate about the balance between cultural assimilation “The Melting Pot” and multiculturalism “The Salad Bowl.” Should there just be one American identity or many different hyphenated identities? I believe the answer is somewhere in between.

I feel like everyone should be American first and foremost. Except for the first generation, I believe Americans should be able to speak English to communicate with their fellow citizens and because of the opportunities it will create. 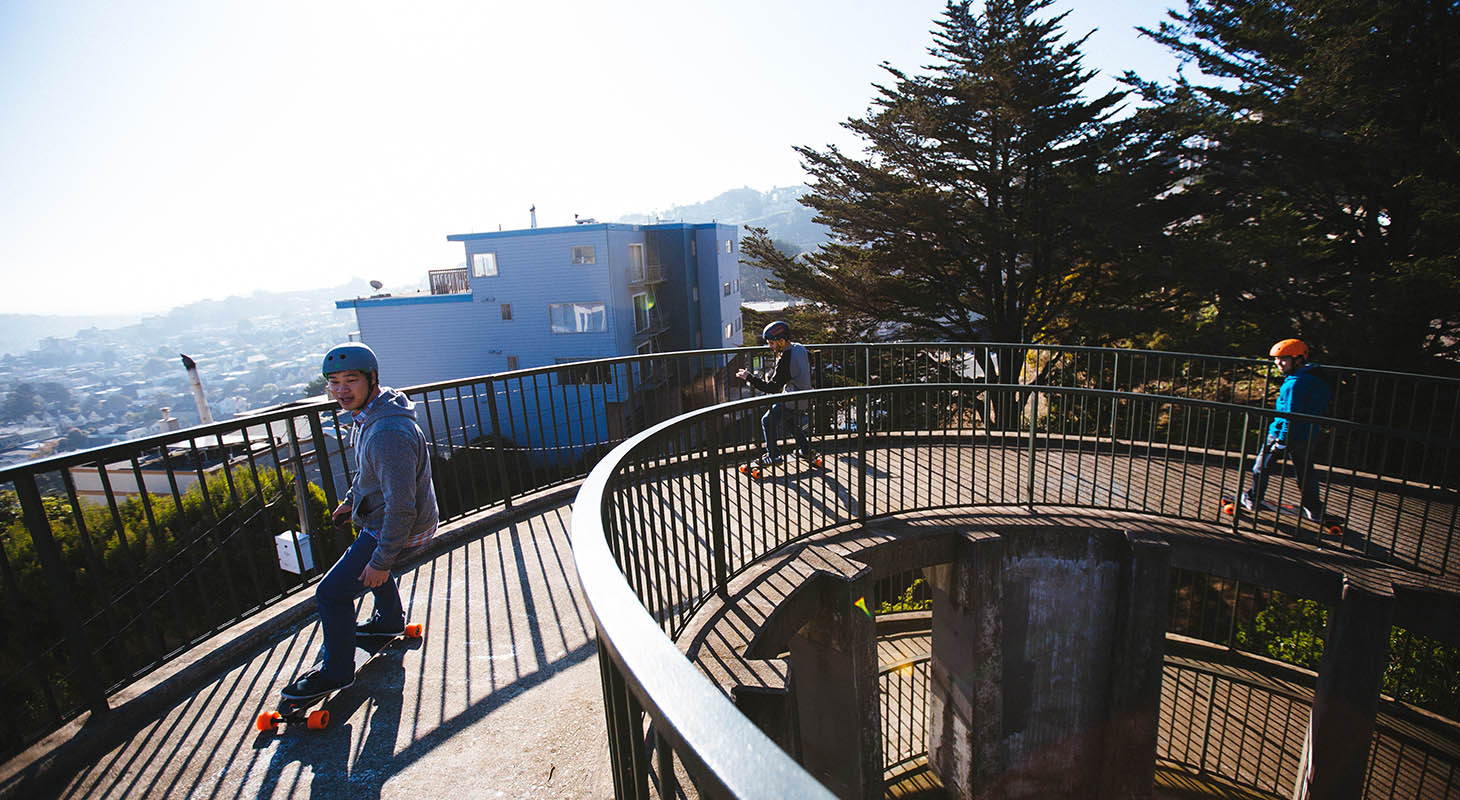 But I feel like the ethnic identity of America should continue to change to accept the many different cultures it is composed of; otherwise there is this colonialist type mentality that make other ethnicities feel like they don’t belong or are inferior. This is what causes the divide we are seeing in our country today.

Vietnamese Americans shouldn’t silo themselves and try to recreate a Vietnamese life in America. You’ll miss out on the opportunities here in America. At the same time by blending in the elements of the Vietnamese lifestyle and perspectives you are proud of and enjoy, not only will you have a better own self-esteem, I believe it is this diversity of ideas that makes America strong.

For instance, while my German American friends can’t speak German and have as much knowledge of Germany as I do, we can all celebrate Oktoberfest. I hope that if I have kids one day and I pack a banh mi in their lunch with some Sriracha sauce. They will be proud to share it with their friends instead of being ashamed of this “weird” Vietnamese part of their identity.

You first traveled to Vietnam in your mid 30’s. Can you tell us about that experience?

It was like being dropped on Mars and realizing I understand Martian. It was a really cool feeling like I had this unknown superpower. I enjoyed being in a different country with so much to explore, but having the comfort of understanding the language and even the mentality. It was like a country full of my parents! I even think I understand my parents a little better from this trip.

I had a great time exploring Vietnam. I was surprised at how welcoming the Vietnamese people were to Americans. In my parent’s mind as war refugees, Vietnam is forever frozen in 1975; but things have moved on here in Vietnam. The young people my age do not have memories of the war, except from stories. For the most part, they share the same dreams and hopes of young Americans. 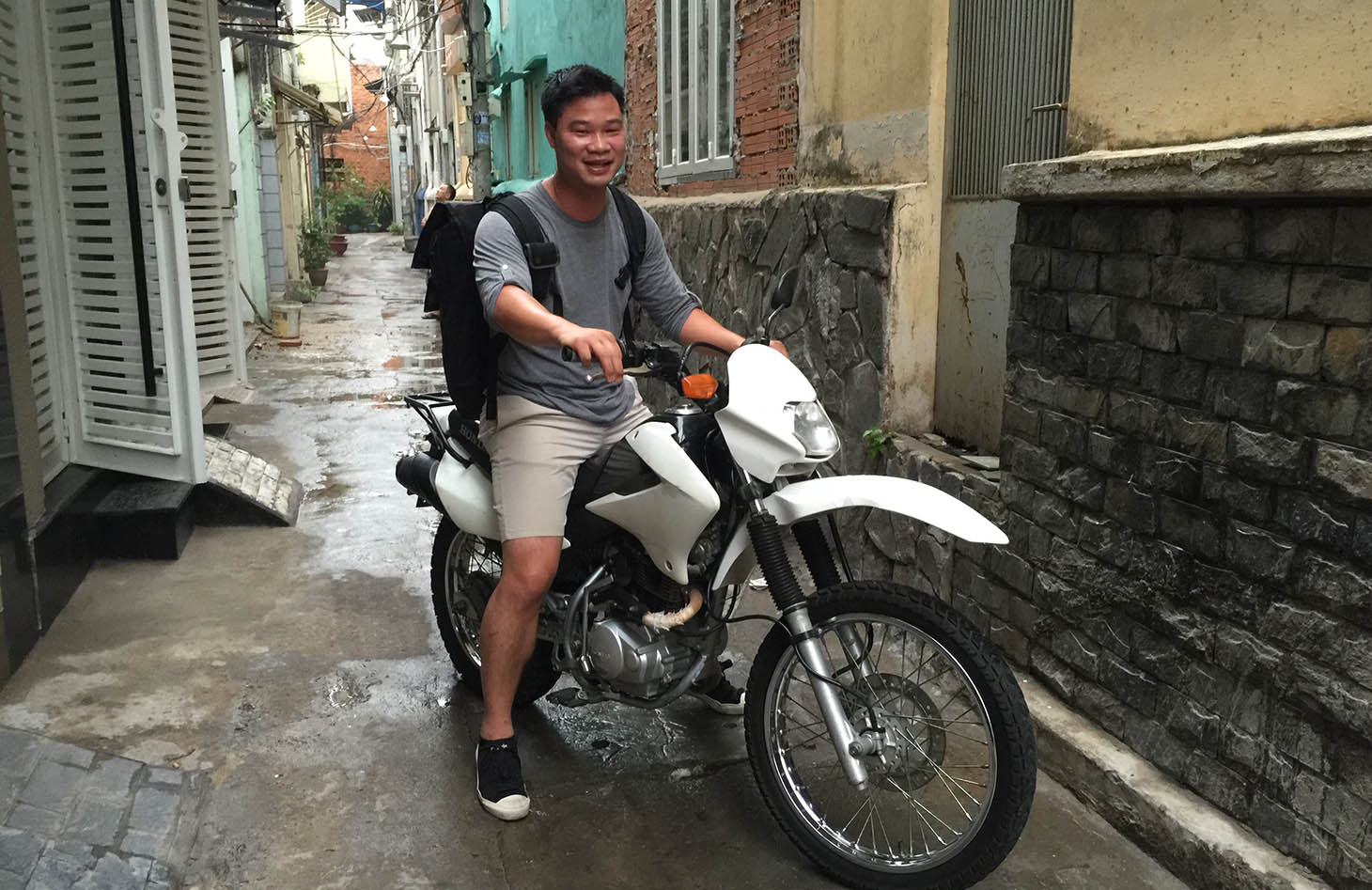 Do you have any plans to work or invest more time in Vietnam?

It’s an exciting time for Vietnam right now. In the recent years, Vietnam has opened up to the global economy more, and there is so much potential for growth here.

Vietnam is becoming a cool new place to visit and discover. Americans are discovering it through celebrities like Anthony Bourdain. I have a lot of friends, non-Vietnamese, that have come to visit and told me they had a great time. This made me proud to be ethnically Vietnamese and want to help it grow in a positive way, so that when people hear Vietnam they don’t think of the War but of all the positive aspects of the culture. Americans are first discovering Vietnam through the food. Some of the other opportunities for growth in Vietnam that I’m excited about are in technology, manufacturing, and adventure tourism.

Creating Boosted has helped me to understand how brands can elevate companies and ideas. If I were to be more involved in Vietnam, I would love to create strong Vietnamese brands with global recognition. I was happy to hear Misfit, a tech hardware company, was started by a Vietnamese American who established operations in Vietnam.

What are some nice-to-knows about Boosted and Matthew?

If you liked reading Matthew’s story, please consider liking our Facebook page for more stories about and from Vietnam.