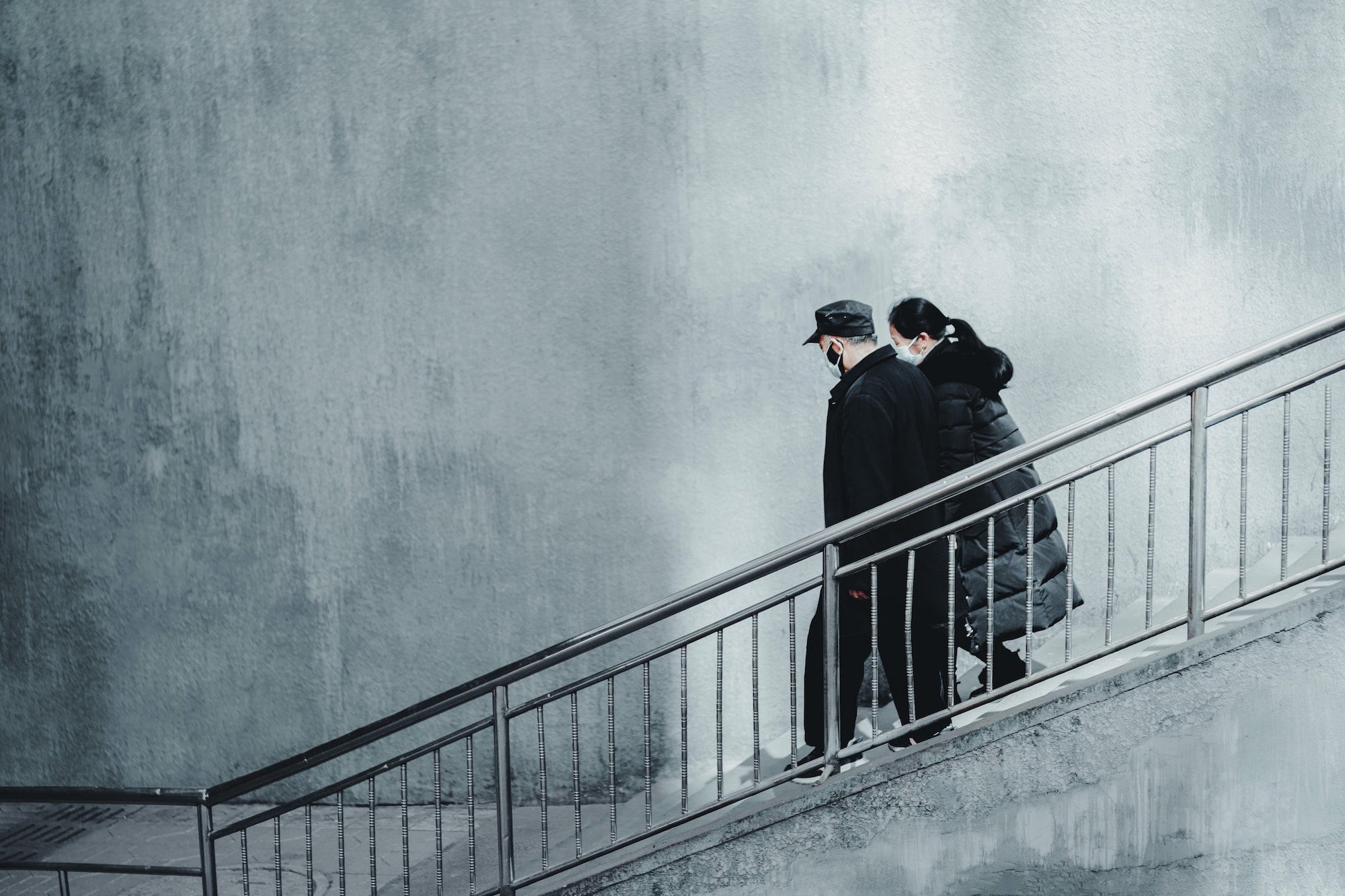 Sara Benson is a Senior Strategist at the B+H Advance Strategy Group. Throughout her career in consulting, Sara has advised some of the world’s largest and most renowned companies on leveraging their assets to elevate their strategic objectives.

How might the COVID-19 pandemic impact human behavior? Many are waiting out the storm with the hopes of going back to business as usual, pre-COVID. However, the longer this goes on and the greater the human and economic impact, there will be less room to deny that this period is a major social event. It could define a generation and change human behavior forever.

I think there are three possible outcomes:

I’ve ordered these from least likely to most likely. Yes, that’s right. “Going back to normal” is the least likely outcome.

Going back to normal

The primary reason why this outcome is less likely is because the longer this lasts, the more likely that new habits will form. In a Yogi Berra-esque phrase: The more routine this way of living becomes, the more routine it will be. Meaning, humans are a very adaptable species, yet are also creatures of habit. Will we shake these newfound habits once this is over? That is uncertain.

For groups finding themselves having to adjust on the fly, the current turbulence might be a catalyst to set-up a future that supports more flexibility. They would be wise to do so. Besides the potential benefits to work-life balance, there are some real organizational vulnerabilities that this era has exposed.

Brownouts from over capacity energy grids, natural disasters, major weather events, and security threats such as an active shooter or terrorism, are real risks that will remain after COVID-19 is over. Remote disbursement of personnel would safeguard from all of these.

In a linguistic sense, the phrase “going back to normal” is one that is reminiscent in nature. It has a very nostalgic connotation, akin to – perhaps – a happy childhood memory. I have fond memories of playing outside and riding bikes with neighbourhood kids in the summer. I would love to go back to that era of my life.

It is a time, however, that I know has passed and will never return. Nostalgia is part of the human condition. I wonder if we will remember life before COVID-19 with a similar sense of “the way things were,” as a direct result of the cultural significance that this event might have.

Life is full of change. In the big picture, has there ever been a time when society has not been in constant flux? An event like COVID-19 accelerates change, it doesn’t put society on pause (even if we are sheltering in place).

The second possibility is an uptick in consumption and spending once restrictions are lifted.  This is an outcome where people may compensate for the things they feel they were deprived of during the shutdown. There is an argument to be made that “splurge spending” is closer to the way things were before COVID-19 than most of us are willing to admit.

In an instant gratification culture, have we been prioritizing our own indulgence over everything else?  The many spring breakers partying on Florida’s beaches in the midst of a highly contagious and dangerous pandemic embody this aspect of present society. As one vacationer put it, “At the end of the day, I’m not going to let it stop me from partying.”

Besides, splurge spending is temporary in nature. The economic concept of “diminishing returns” shows this. It is a simple concept that says that the “return on joy” experienced from an initial purchase is greater than that of subsequent purchases.

For example, let’s say you are craving chocolate, so you splurge and buy and consume ten chocolate bars. The first bar is fantastic. The second chocolate bar was enjoyable but not quite like the first one. In fact, the more chocolate you consume, the more marginal the enjoyment becomes. By the time you eat the 10th, it might even make you sick.

The point is that a splurge can only last so long before the returns on joy become lackluster. Any bump over and above what they were before COVID-19, in my view, will likely be temporary.

So this brings us to the third, and my pick, for the most likely outcome:

There are so many reasons why this is likely. First, as human beings, we are accustomed to constant change. What is different about this particular change is that it is slowing us down. There is a very strong argument to make that the root cause of most of our current social and political conflict is that the world has been changing too fast for us to keep up. Many people may find a sense of relief in a more restricted pace.

When all is said and done, we may develop a greater appreciation for the “little” things in life. We are finally making time for it (or being forced to). Personally, I’ve been eating healthier, getting more sleep, taking vitamins, drinking more water, and going on daily solo walks. The truth is that I have been enjoying this pace, even though I live alone. I am lucky. Not everyone is as fortunate, and every day my gratitude increases.

For some time, we’ve been seeing a trend towards more simple living. Minimalism is a growing lifestyle movement that operates on the premise of consuming only what you truly need. The tiny house market, for homes that are no more than 400 square feet in size, might be ripe for growth. In a 2018 survey, over half of Americans said they would consider a tiny house. 63% of Millennials agreed.

“Marie Kondo’ing” has been added to the cultural lexicon after her Netflix show about “sparking joy” through decluttering went viral (pun intended). The coronavirus may be the jolt that amplifies these trends in scale.

The past may offer additional insight. Consider the last generation to experience restricted living conditions, the Greatest Generation, who survived the Great Depression before saving the world from fascism in World War II. Domestic rationing of staples such as butter, sugar, meat, and gas made sacrifice part of daily life in the war effort that followed the shortages of the Great Depression.

Despite his personal wealth, Franklin D. Roosevelt himself ate a modest diet of items such as watery soup and prune pudding in solidarity. Sure, consumer spending increased after winning the war, but in their personal behaviors, the Greatest Generation never stopped saving and conserving. The Rat Pack generation is also the Pack Rat generation. It is a behavior response to the crises they lived through that they maintained. They can’t help it. And perhaps after this is over, neither will we…

Lastly, we are beginning to realize some other big benefits reduced consumption, and the primary benefactor is the environment. Mother Earth is finally getting a break, and some might even go as far to say that she is unofficially fighting back. Reports indicate that air pollution has dropped significantly in China and Italy. Nitrogen dioxide is down 30% in some places in China. Lauri Myllyvirta who led an analysis for NASA stated, “I’ve definitely spoken to people in Shanghai who said that it’s been some of the most pristine blue skies that they remember over the winter.”

Advocates for the environmental movement have been saying for years that the only way to adequately address climate change is for the world to mobilize. Now it is, albeit for non-environmental purposes. Are we really going to go back to ravaging our planet? I, for one, hope not.

The opportunity: Economics that support ecosystems

It is not to say that the economy should remain hampered to benefit the environment. Not in the slightest. This break in commerce provides an opportunity to transition to new businesses, infrastructure and systems that not only prevent harm, but promote a healthier planet.

This has always been possible, but implementation has been, at best, fragmented. There will likely be a significant need to rebuild the economy. We now have the opportunity to do it in a way that avoids another major global disaster waiting in the wings: the collapse of our ecosystems.

Creators of our own destiny

At the end of the day, we have the power to create our own destiny. In these days, I have been thinking a lot about my grandmother. At 96, she has been blessed with extended periods of good health. In recent years she has had to make some adjustments to her own life as the aging process brought mobility challenges.

One day when she was confronted with her new reality, she was deep in thought. My mom asked her, “What are you thinking about?” To which my grandma replied, “I’m just sitting here, thinking about how I can make my life the way I want it.” That is something we’d all be wise to take this time to contemplate.

Related Content:
[Article] Vietnam After The Coronavirus: New Habits Are Here To Stay
[Article] Opinion | The Power Of Creativity And Positivity