"Peace for Earth": The Whey Way

Only about 10% of the milk is actually turned into cheese and the remaining 90% is discarded as whey. The story of reusing whey in a sustainable way. 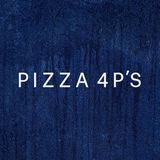 Here at Pizza 4P’s we are committed to carrying out environmentally-conscious projects to achieve our vision to ‘Make the World Smile for Peace’, one step at a time. Inviting you to come along for the journey, we will be sharing a series of original articles titled ‘Peace for Earth’ focusing on such sustainable projects.

In today’s article we will look at how whey – a by-product of the cheese-making process – can be reused.

Pizza 4P's has been making cheese in-house since the establishment, in 2011, of our cheese factory in Dalat. The initiative has been very well received and today many customers come to Pizza 4P's restaurants specifically for our cheese.

However, the process is not without its challenges. Large quantities of waste water – known in the industry as whey – is one. When turning fresh milk into cheese, as much as 90% of the total volume is discarded in the form of whey. Only 10% of the raw material actually solidifies into cheese.

At our Dalat factory, we are left with very large quantities of whey, so it was important for us to find a way to reuse it instead of flushing it down the drain. In this article, we’ll take you behind the scenes to show you our efforts to use it in agriculture and beer-making, as well as letting you in on our future plans.

If you’ve ever opened a yogurt container to see liquid floating on top — that’s whey.

In order to make cheese from raw milk, it needs to be solidified. The liquid that is separated in the process is whey – a natural by-product of cheese production.

Cheesemakers used to discard whey before they discovered its commercial value (thanks to the nutrients and proteins it contains.)

Generally, whey is seen in a positive light, thanks to its high nutritional value, but for us at Pizza 4P's it used to be a source of headaches. As more and more customers developed a taste for our cheese and with new restaurants in the pipeline, our production volume spiked. As a result, we were left with more and more whey waste (3,000 liters a day is the current volume).

And it wasn’t just the increasing quantities that were a cause for concern. Because our whey waste is very concentrated, there was a risk that Vietnam’s environmental authorities won’t allow us to discharge it into the public sewer system.

Usually, to dispose of whey, a factory would install a wastewater treatment facility or, a more recent trend, a powdering machine to produce whey powder for whey protein, a valuable food supplement.

We looked at various options, but in the end none of them was feasible because the initial investment cost was too high for us. We are a small operation compared to large international cheese factories for whom such equipment makes financial sense.

Take it to the farm

Among the first ones to offer some relief to our whey-related woes was Thien Sinh, a farm from whom we’ve been sourcing rocket greens for years. They are growing many kinds of vegetables sustainably – without chemicals, pesticides or fertilizer – and utilizing compost made from their own cow manure for all their farming needs.

Realizing the high nutritional value of whey, farm management suggested a way to reuse our cheese-making waste. And the fact that the farm is located only 30 minutes away from our factory was an added bonus.

Once in fermentation tanks at At Thien Sinh Farm, our whey is mixed with helpful bacteria. It is then diluted and sprayed on the fields prior to planting the crops. By doing so, the good bacteria living in the soil are given a boost and the crops become more resistant to disease. The cows also benefit: some of our whey is added into their feed. In the future, the farm is planning to breed black pigs on a similar diet.

Whey comes a full circle when organic vegetables from the farm end up on the plates of our customers at Pizza 4P's restaurants. Although the rocket leaf in your salad will taste no different to a herb grown on a whey-less farm, the thought that it is part of a sustainable food chain might make it taste sweeter!

Getting crafty with whey

That's why we started thinking about alternatives. In recent years, the craft beer industry has been booming around the world. Actually, the idea of using food waste to brew beer isn't new: many craft breweries have been doing it for years.

In the UK, there's Kellogg's THROW AWAY IPA, which uses cornflakes that would otherwise be discarded in the production process. In the Netherlands, a non-alcoholic beer called 0.00% Wit uses orange and lemon peels; which Japanese Bread brand is made with scraps of bread.

We asked the experts if whey could be used in a similar fashion. A local brewery I reached out to loved the idea and after several rounds of prototyping, 4P's original craft beer, Dalat Whey Stout, was born.

Stouts are known to be quite heavy and rather bitter, but Dalat Whey Stout is characterized by a milky, refreshing taste. While retaining the taste of stout, it is easy to drink, and the slight whey aftertaste makes it the perfect brew for Vietnam’s hot weather.

Although our experiment with beer was a success as far as the product is concerned, in terms of recycling it is not very practical: the process requires very small amounts of whey. However, beer still plays an important role as it allows us to spread the message and talk to more people about food waste.

Better together: whey and dough

As we were experimenting with whey, we decided to mix some into the pizza dough to see what happens.

Normally, pizza dough contains just flour and water. We replaced some of the water with whey

To our surprise and delight, the texture of the resulting pizza was in fact superior. Not only did we find a way to reuse whey, but we improved the taste of our pizza in the process too!

We are yet to finalize the recipe and experiments are on-going but if all of our 21 stores are able to switch to this method, we expect to be able to reuse approximately 300 liters of whey every day: much more efficient than using it for beer, in terms of volume.

More than just a by-product

What was once thrown away as an unwanted by-product is highly valued today for its nutritional value. From making protein powders to improving farming methods to manufacturing a variety of drinks, we’ve now seen whey’s potential. By continuously striving to create new value by taking sustainable actions, we hope to improve our products while helping the environment.