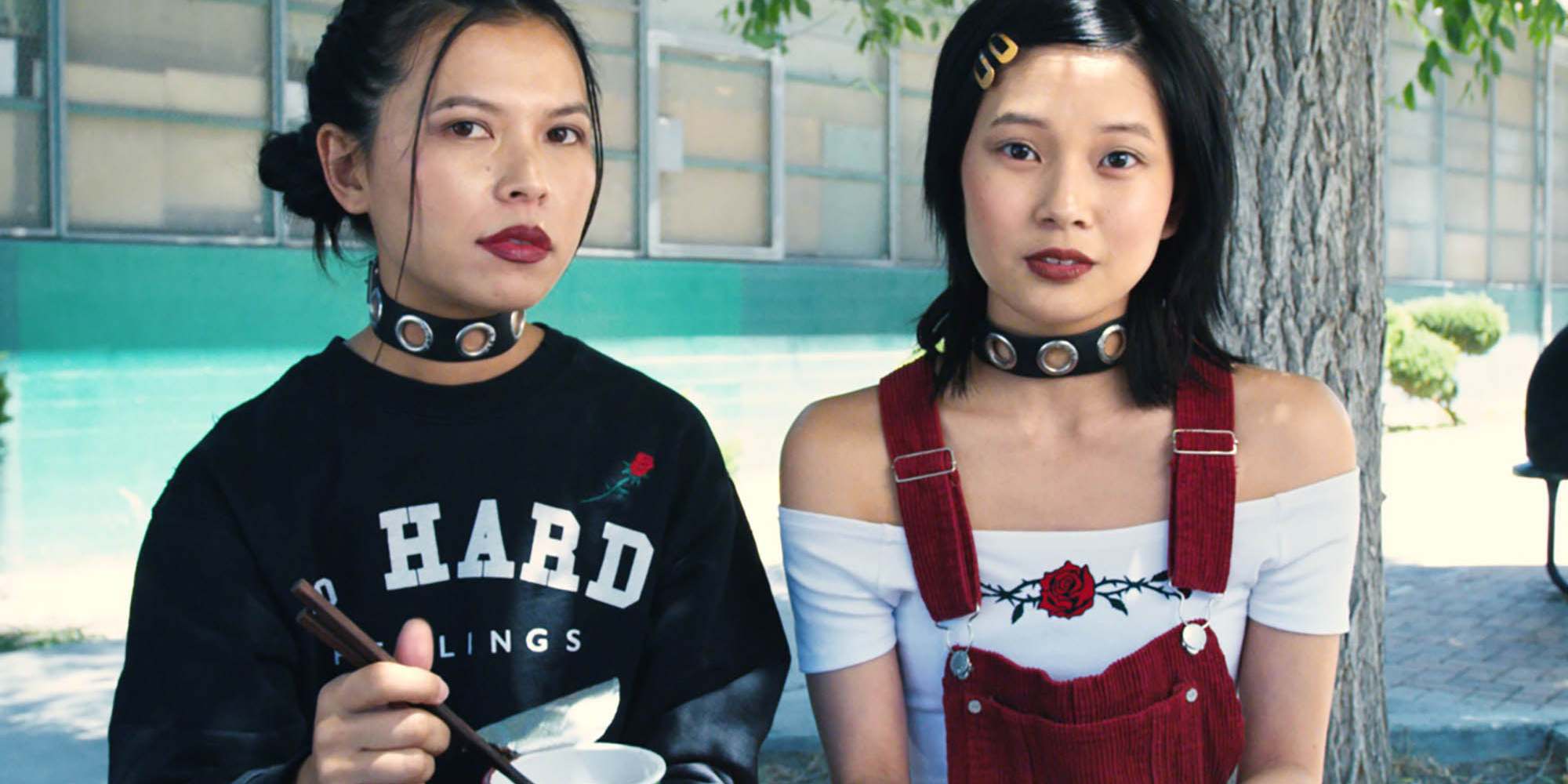 The short film “First Generation” is the first installment of a four-part series by LA-based filmmakers Andrew Yuyi Truong and Jeannie Nguyen. It tells the story of My Linh, a woman in crisis trying to find her own identity between the beauty standards of Western culture and the heritage of her Vietnamese family.

The filmmakers borrowed from their personal experiences growing up as first generation Vietnamese in the USA to make the film that weaves in and out of numerous genres throughout its nine-minutes—experimental one minute, teen comedy the next. Yet Jeannie’s direction and Andrew’s visuals never stray far from its central theme of identity resulting in a powerhouse coming-of-age tale sure to catch the attention of film festivals across the globe. And so Vietcetera connected with the pair to dig deeper into their film-making process and to learn more about what it means to be Vietnamese-American.

How would you describe your film to someone who’s never seen it?

Andrew: Our short film “First Generation” revolves around this idea of “double consciousness” where you’re trying to understand your own identity while wading through the sea of skewed media.

Were there specific instances or feelings of separateness you experienced that inspired you to make the your short film “First Generation”?

Andrew: Growing up as a minority in the States you didn’t see many Asians you could look up to in the media. When you don’t have that at a young age, your perception of how to look or what to be is distorted. It’s hard to find your own identity because there is no one you can relate to. With the internet now, it’s much easier to find a group to identify with because there are so many different kinds of communities within reach.

Jeannie: I always felt a level of separateness growing up in the States. I didn’t have a role model growing up either because I felt like I couldn’t relate to anyone. On those rare occasions when you did see Asians in the media, they’d be the nerdy, white-washed sidekick. I grew up in San Jose which at least was pretty diverse—I was surrounded by a lot Vietnamese-Americans and always felt proud of my cultural background. But at the same time, I wouldn’t dare to bring my mom’s bombass “thit kho” (braised pork with eggs) to school. I was in this in-between space, not knowing where I really fit in.

Andrew: The 1990s was the time when Vietnamese-Americans were carving out their own style. Bleached spiky hair, Honda Civic rice rockets, Fila slippers, GeoCities, Asian avenue, and loitering at Boba shops. This time period was special for the Asian-American community because it was our chance to find our own voice.

Jeannie: From my experience, I felt that these years were very rebellious for first generation Vietnamese-Americans. Our parents were strict—they had to be, they were trying to survive in a foreign country while raising a family—and always at work. That created a culture of Vietnamese-American kids hanging out at shopping malls, modding their cars, and attending house parties and raves.

Were there times when you felt split between your Vietnamese and American identities? How do you navigate this divide?

Andrew: I felt that all the time growing up. When I lived in Sacramento, there were barely any Asians. When I moved to San Jose for high school, I was no longer the minority because our school was made up of all different kinds of Asians. But that still didn’t mean much because we were all influenced by the media and everyone was trying to be American. Still to this day, I can’t fully identify with one or the other—my identity lies in the middle somewhere.

Jeannie: Just recently I’ve started to realize what it means to be Vietnamese-American. When I was younger, I felt I had to be either one or the other. There was a need to categorize myself in order to understand my place in society. It just took time and some growing up to understand that I don’t need to put myself in any category, I just happen to be a Vietnamese person living in America, that’s it.

At one point in the film My Linh says, “Sometimes we need to change the way we look to be comfortable in our own skin.” What advice would you give to someone struggling to be confident with their appearance?

Jeannie: The idea behind the statement, “Sometimes we need to change the way we look to be comfortable in our own skin,” is that My Linh hasn’t reached a point where she feels fully confident in herself—she’s making excuses for these unwanted changes. I think most women feel this way to some degree…myself included. With the constant conditioning from the media, we have all felt that we’re not tall, skinny, pretty, or fill in the blank enough, and it sucks. These big companies are trying to get their products sold and in order to do so they have to create a need regardless of how ridiculous and harmful it may be. My best advice is to not watch TV, curate who you follow on Instagram, read books and even try a few self-help ones, surround yourself with positive, ambitious people, and find your passion.

Do you feel there has been any evolution in the way Asians are portrayed in the media?

Andrew: Asian-Americans are starting to be properly portrayed rather than just as the typical comedic, cheesy character, so it’s getting better. The recent Kenzo Campaign directed by Ana Lily Amirpour featured an all-Asian cast which made Asians look cool. It’s had the same effect that Wong Kar Wai films had on me; films in which I first saw Asian leads that were authentic, normal, and cool.

Jeannie: I feel like it’s getting there, but it’s not there yet. Take the sitcom “Fresh Off The Boat” for example. From what I’ve seen, it’s not a true portrayal of the Asian-American experience. Perhaps because of how it’s adapted for TV it still feels inauthentic to me.

You recently made a film in Saigon. What were your expectations of Vietnam before you visited? How did the city surprise you?

Andrew: I shot an art film with Tuan Andrew Nguyen in Vietnam during September 2017 so it familiarized me with what was possible. Filming in Vietnam is a lot more fun than shooting in LA because the people are more welcoming and many people loved being filmed.

Jeannie: To be honest, I thought the people would be aggressive and manipulative, and I wouldn’t be able trust anyone—these ideas came from my overprotective mom. But I was surprised to see how warm and helpful Vietnamese people are. They’re funny as hell, love to have a good time, and work hard. I never thought I would feel this way, but it feels more and more like home each time I visit.

Who should we speak to next? Are there any Viet Kieu artists you’re currently obsessing over?

Andrew: If you haven’t yet, interview Tuan Andrew Nguyen. He currently lives in Saigon and he recently had his own solo exhibition at the Factory Contemporary Arts Museum.

Related Content:
[Article] Ben Nguyen: Fighting For Vietnamese Identity In Sports
[Video] Away From The Motherland: Viet Kieu Communities Around The World