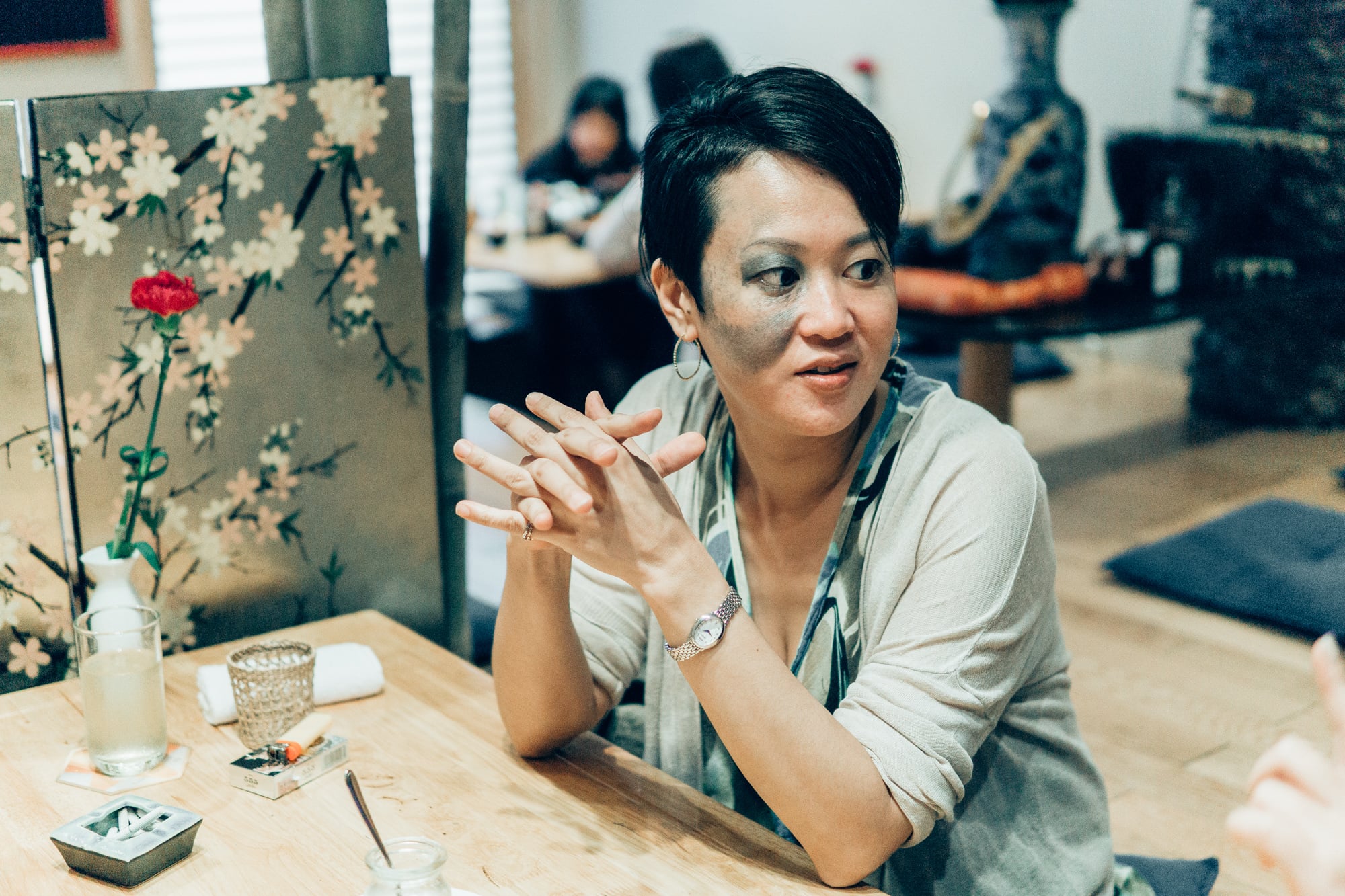 The Japanese community in Vietnam is often seen as a bubble. Geographically, you can find many of the Japanese-related businesses along Le Thanh Ton in District 1. Many Japanese expats in particular don’t speak English or Vietnamese very well, but they often succeed in business given their skill, execution, and knowledge in niche industries. It’s often said that the Japanese community in Vietnam is large enough that it can do business within itself, without having to access the local or other expat markets.

In our efforts to learn more about these communities, we meet up with the editors of Sketch, Kaoru Kawaguchi and Uyen Le. Sketch is a Japanese-language magazine committed to sharing the news and stories of Vietnam to a Japanese audience. 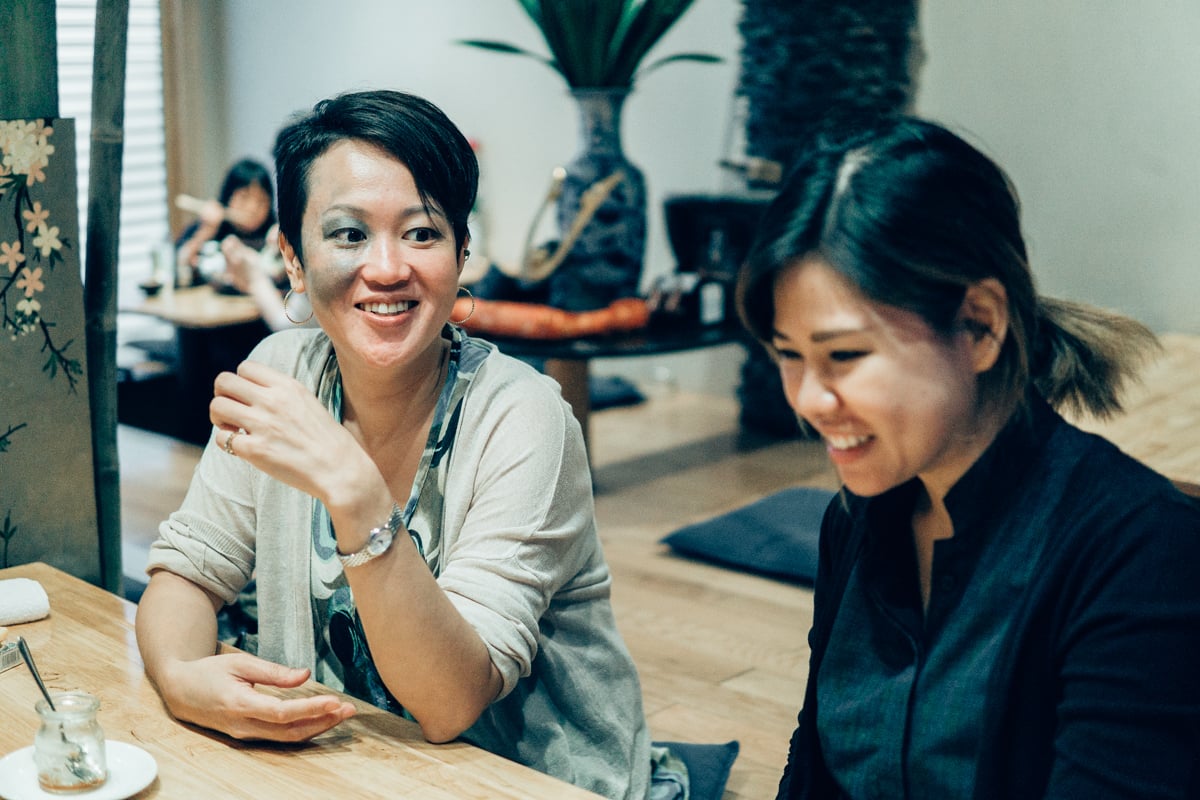 You’ve been here for nearly fifteen years. How did you get the idea of working and living in Vietnam?

I majored in Vietnamese language at the Tokyo University of Foreign Studies, where you can learn 26 different languages. So why did I choose Vietnamese? The English department was always full with hundreds of people. Whereas the Vietnamese language classes only had fifteen students. In all of Japan, there were only two universities with Vietnamese instructors. At the time that I enrolled, I also learned to speak with the Northern accent.

I had never even seen or heard Vietnamese before taking courses in Japan. The main reason why I chose it was because in high school I went to America for a year as an exchange student in Milwaukee and loved learning languages. I spoke zero English. Somehow I ended up also studying Spanish. After three months, I picked up enough English where I could communicate and express myself. By the time that I went back to Japan, I wanted to take it a step further and learn another Asian language. I didn’t want to do study something that everyone else was doing at the time: Thai, Malay, or Indonesian. After doing some research, Vietnamese was the craziest option. Even my course instructor asked why I chose to learn Vietnamese. It’s hard to explain why beyond that, but that’s how it all happened. 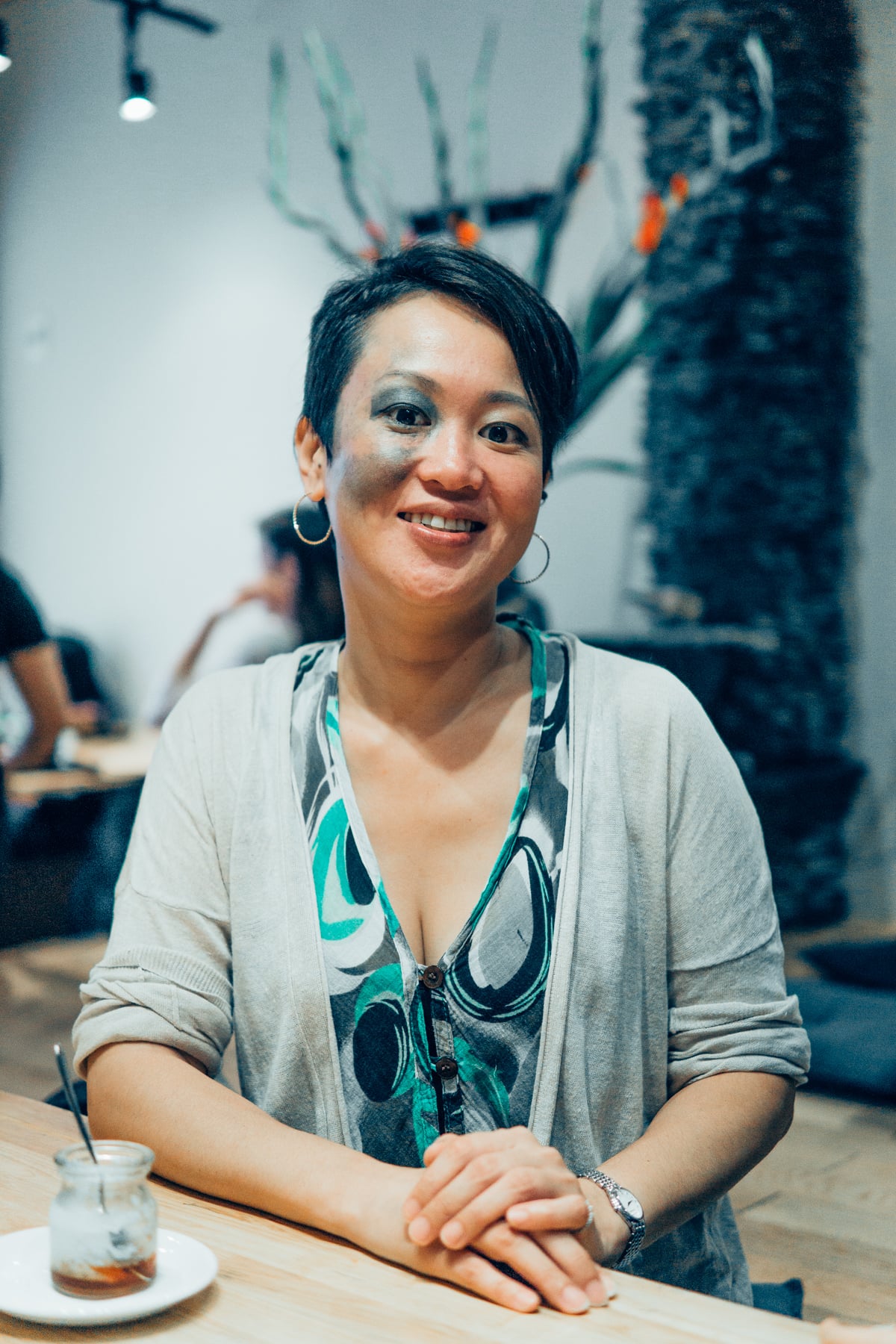 Are there any trends among the Japanese people that come to Vietnam?

The Japanese people that come to Vietnam are more entrepreneurial and risk tolerant. They come here to work for a company first, especially in sales where they can build their own network, then they’re able to start their own business. There’s a strong correlation between English-speaking Japanese and being entrepreneurial. The recent age of expats from Japan is also much younger now. They’re more ready to travel and it’s more affordable to start independent careers here than it is in Japan.

It’s also more accessible. Many expats used to be older men, but now it’s everyone. There’s also a common trend however, that expat women go back before they are 30. The “Wall of 30” means that it’s hard to get a job in Japan since most Japanese companies prioritize hiring at younger ages and retaining talent for their entire careers. 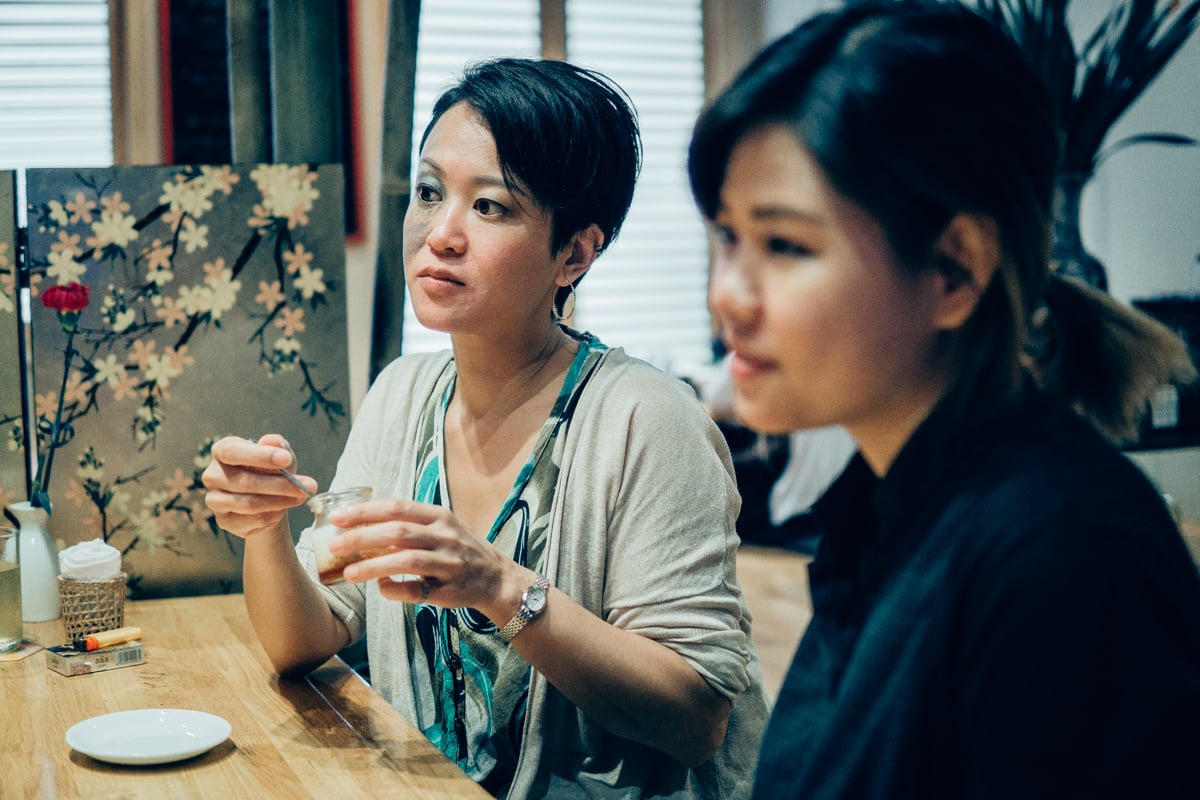 Fifteen years living anywhere is a long time. What has kept you here? How did you get your start?

I nearly gave up learning Vietnamese after three months. I couldn’t understand anything. But when I visited Vietnam for the first time, I was blown away. The sounds, smells, tastes, feelings were incredible. There were so many xyclo drivers and hundreds of people waiting for someone at the airport. At that moment, I was convinced to stick with it. The noise, heat…something about it convinced me to stick with learning Vietnamese.

It came to the point too where I studied in Saigon for two years. At that time, 2000 or 3000 Japanese people were living in Saigon. Most didn’t speak any other language than Japanese. Some spoke English. There was a bunch of independent businesses launching back then too. Just before graduating, I got a job as a translator in Saigon. Legal documents, newspapers, manufacturing manuals. I also did some copywriting for three different magazines. 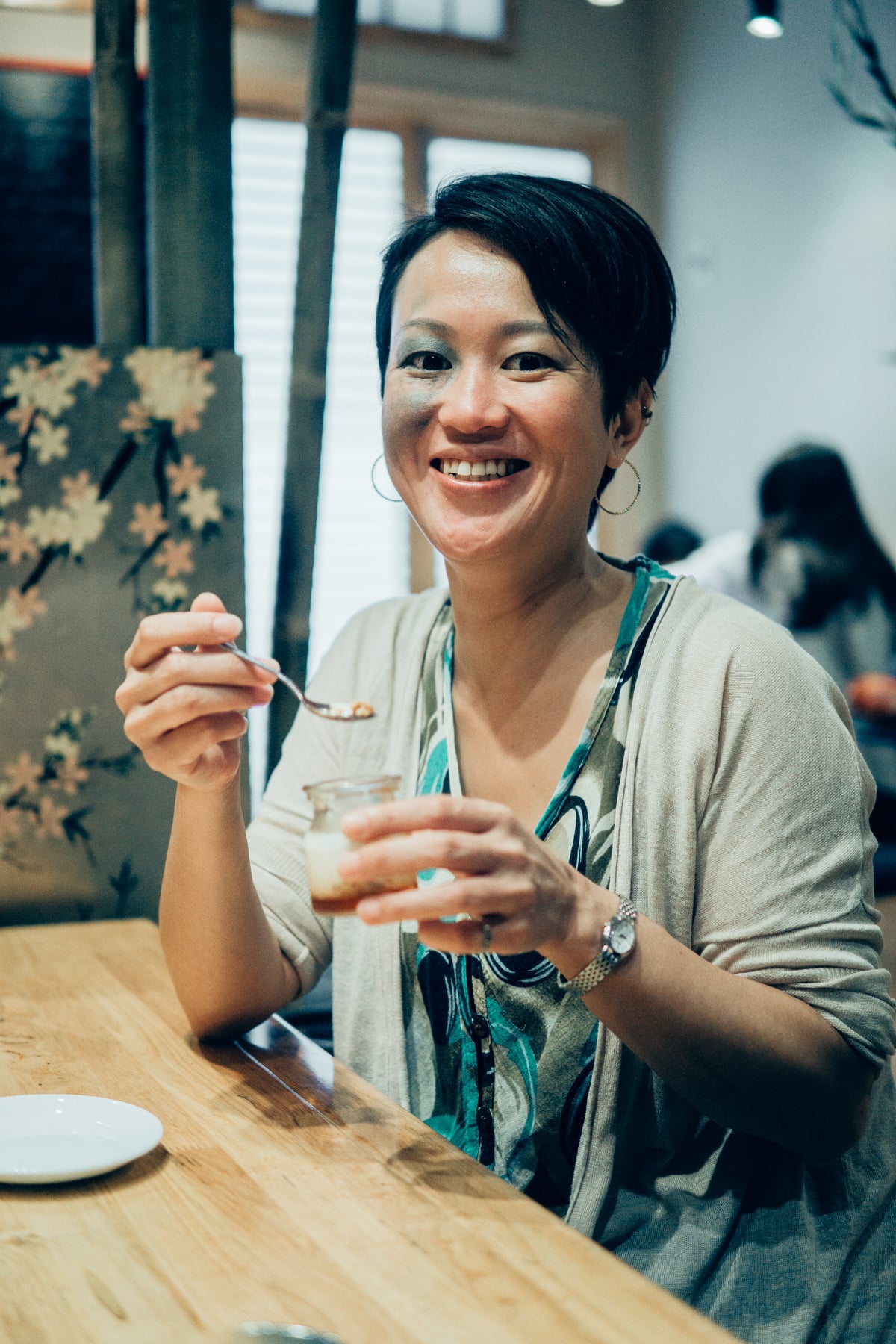 Tell us how you got into working at Sketch. What are some of your goals as the managing director?

It wasn’t until a year or so later after arriving in Saigon that I got into Sketch. I spoke fluent English, Vietnamese, and Japanese which definitely helped. Sketch was the only Japanese magazine at the time. I started with Sketch focusing on stories about travel. I remember heading out to the countryside many times, often without an interpreter. I’ve grown with the company. And now we have an office in Danang and Hanoi too. We want to continue showcasing what’s new about Vietnam to the Japanese audience. We also want to share to the Japanese audience what Vietnam is thinking about Japan.

Who’s part of the Sketch team?

We have an amazing, driven team. Our nationalities are ⅓ Japanese and ⅔ Vietnamese. Not everyone speaks Japanese, only the editorial staff needs to in order to produce the content.

What were some challenges running the business in Vietnam?

There’s a changing concept of advertising in Vietnam. It’s evolving as more media goes online and there are more ways to measure effectiveness. A few years ago, many advertisers didn’t care about KPIs or feedback. It’s changing a lot now. We’re beginning to change the messaging so that we’re not selling ads. We’re selling feedback, and that’s critical for a business to improve. And while the Japanese media market is still expanding, it will always be smaller relative to other local media opportunities in Vietnam. Many Japanese businesses are realizing that there are millions of Vietnamese out there that are ready to move upmarket for their products and services. And most can only be accessed via Vietnamese media channels.