Join Vietcetera Turban as we interview Stephen about his attachment to Vietnam, his perspectives as an educator and the qualities he wishes to be remembered by. 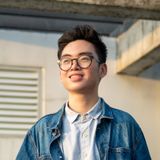 Entering the Vietcetera office, Stephen Turban is like a burst of sunshine. Casually dressed in a tropical-patterned shirt, the Harvard graduate has a ready joke for all, his wide smile often giving way to a deep laugh as we settle into our conversation.

Stephen’s pleasant demeanor and boyish good looks coupled with his fluent command of Vietnamese catapulted him to overnight fame after his appearance on Nguoi Ay La Ai (Is He The One?) – a popular television show on Vietnam’s HTV2. When not signing autographs, Stephen works at the Fulbright University Vietnam's Office of the President, helping with fundraising efforts and establishing the institution’s Mandarin Language Program. Stephen laughs off our suggestion to consider a career as a talk show host or a news anchor – he is about to start his PhD at Harvard Business School, so small screen stardom will have to wait.

Join Vietcetera as we interview Stephen about his attachment to Vietnam, his perspectives as an educator and the qualities he wishes to be remembered by.

This being your second extended stay in Vietnam, what drew you back? Was it Vietnam's culture, food, people, lifestyle or career opportunities?

What drew me back to Vietnam could be summarized in three words: people, opportunity and sense of humor.

When I came to Vietnam the first time around, I was immediately struck by the remarkable energy of the people in this country. Everyone around me seems to be an entrepreneur — always striving to better their life and the lives of others. In many ways, when I came to Vietnam, I felt like I saw what the “American Dream” was all about — but in this case, 13,000 kilometeres away.

The opportunity to work in Vietnam was also a reason why I came back. I was moved by the mission of Fulbright University Vietnam, Vietnam's first non-profit, private, liberal arts university. Going to Harvard as an undergrad changed my life, and I hoped to be a part of the story of creating an institution like Harvard in a country I cared about.

And finally, another big draw was the sense of humour shared by the Vietnamese people and their easy way with jokes. The way the locals are always teasing each other. It’s often reflected in the language. I love the culture here and, simply put, that’s what brought me back.

Can you speak about Fulbright University Vietnam’s emphasis on a liberal arts education — a relatively new educational model in the country?

I am struck by how the liberal arts has taken root in Vietnam and its immediate popularity among our students. For those not familiar with the liberal arts program, it exposes students to a wide range of topics before asking them to select an academic area that interests them.

At Fulbright, we have found significant success with our students and this model. All our students go through a "core curriculum" which pushes them to explore ideas and areas outside of their comfort zone. This helps them gain a broader perspective on the world and, in today’s uncertain times, allows them to adapt to new information quicker.

As an educator, what are your opinions on the considerable influence parents and societies have over Vietnamese’s students’ choice of college major and career post-graduation?

Recently, I’ve been thinking about the different parenting styles in the West and in Asia, broadly defined. In general, I think one of the biggest differences is the framework by which parents see their role.

I think that many Vietnamese parents see themselves as active “investors” in their children's lives. That is, they have helped create the product (their children) and thus they have a stake in their children and their future (i.e. they are invested.) Their inventor status gives them the right to influence their children — as parents genuinely want what's best for their children. Just like an investor giving advice to a startup CEO, they will push their opinion if they think it’s in the best interest of the company.

Western parents, on the other hand, often see themselves more as charitable “donors” in their children’s lives. That is, though they are involved in the product (their children), after they’ve made the donation, they no longer have a fiscal tie. Instead, they simply hope that their donation to their children is treated with respect and used well. They will interfere less in decisions because they do not perceive themselves as partial owners, but rather as supporters.

To answer your question, I think I’d put it back to you: would you rather have donors or investors? Frankly, I don’t think one is better than the other in absolute terms.

Having achieved a certain degree of social media fame in China and Taiwan, do you think you are on the cusp of fame in Vietnam as well?

I love that you did this research. I wouldn't say I'm on the brim of fame in Vietnam, or that my goal is to become an influencer like in China or Taiwan. That said, I do really enjoy media and I've really enjoyed tapping into my experience living and working in Vietnam to create content (e.g. videos.)

Having shared that you are currently in a long-distance relationship, do you have any relationship advice for those trying to navigate and overcome the challenges of being physically apart?

Long-distance relationships are hard, but not impossible. I would recommend always going back to traditions that are the bedrock of your relationship. For my partner and I, we have a tradition of calling each other every day, without fail. Having this tradition creates stability and reinforces our commitment, even in the midst of an uncertain time like now.

In the book you co-wrote 'Your Relationship GPA,' you argue that 'eulogy virtues' — the virtues that are extolled at one's funeral — are more important than 'interview virtues' — skills that help you land a job. What are your eulogy virtues?

Reach — as I always try to go outside of my comfort zone.

Grow — as I continually strive for improvement.

In an interview with HerCampus 5 years ago, you admit that you "don't think about what [you] will do in the future," but that you only hope that you will be someone who is "sensitive to ... friends, less self-centered, and more proactive in the lives of others." How close are you to being this person?

Far, far away. But, it’s good to be reminded of the goals you’ve set for yourself — thank you for that!