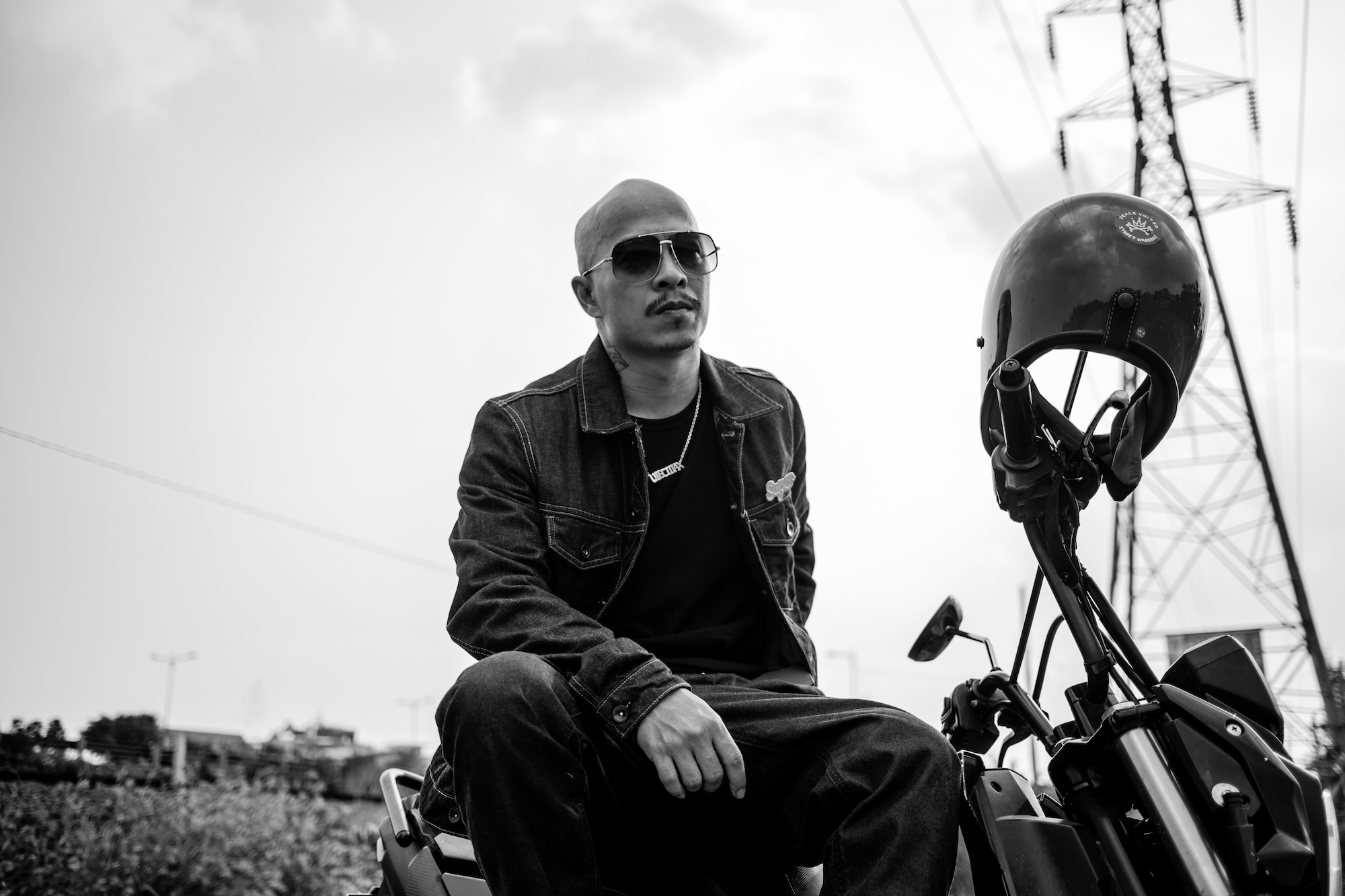 There’s so much happening in the new Vietnam, it’s sometimes hard to keep up. But we found a way to cut through the noise—sit down with someone at the center of a creative scene and ask them to be Vietcetera’s personal guide, our own atelier who curates five talents while talking us through the thinking behind their selection.

This week we asked first generation hip-hop dancer, graffiti artist, founder of the Big South Crew and OG mentor to the hip-hop scene Viet Max to nominate his favorite five artists in the Vietnam hip-hop scene.

It’s easy to spot Viet Max in the crowded branch of The Coffee House on Le Duan where we meet. Among hordes of young Vietnamese sipping on brightly colored sugary drinks, he is the heavily tattooed man with a red hat holding an old-school ca phe sua da.

Viet Max’s involvement with hip-hop is first and foremost against the odds. Today, trends and fashions, and new music are marketed directly to our news feeds, they’re vying for our attention. But for Viet Max getting into hip-hop required a hunt, an obsession—pure dedication.

When the internet became accessible in ’98/’99 he found sites like Breakdance.com and style2ouf where he could finally watch people from all over the world doing the same things he was doing. He started to learn English so he could read up on the history and get a deeper understanding of the culture he had connected with.

“I hadn’t studied English but I realized the internet was in that language. I had to learn. I went to the bookstore and bought an English dictionary. I would read into the history of hip-hop by translating every word.”

“A lot of people in the hip-hop scene don’t have much money. We are from poorer families.”

For a while, the Big South Crew were the biggest dance crew in Vietnam.

“There was some really good talent so I started a crew and we did some shows. Back then you couldn’t practice in the park, the police would come and tell you to leave. Only about five years ago hip-hop dancing started to be on TV and in big shows so people started to understand it and appreciate it.”

Over time, the crew fragmented, as members started to break off and form smaller crews, which allowed the community to expand and diversify. However, Big South are still alive and doing shows, dance battles, and workshops—the most important thing for them today is teaching kids and sharing the culture.

Like many scenes in Vietnam and anywhere else, its popularity has fluctuated over time but the last couple of years have seen a real renaissance. The different subcultures that combine to make up the scene: b-boys, graffiti artists, rappers and DJ’s have all been blossoming.

So, here are Viet Max’s five favorite hip-hop artists in Vietnam today, with some background about what he thinks they have brought to the scene he helped to forge.

Wowy doesn’t care what people think. He has no fear, if he thinks it’s right he’ll go with it.

He’s very different, his subject matter is very different. Most rappers talk about love but he’s a bit crazy so he’ll talk about death and the Buddha. All rappers try to be very ‘hip-hop,’ very Western, but he is very Asian and very raw.

Suboi is a very close friend of mine. I love the way she is always fighting. She’s one of the few female rappers out there, which takes courage.

In music, the trend these days is towards EDM, techno, and house but he focuses on hip-hop and funk. He sticks to the sound he loves, even though it’s hard to make money as a hip-hop DJ. He also does scratching which is very rare here.

He plays for the hip-hop jams and the b-boy shows. Not many DJs want to do that. But he used to be a b-boy dancer so he’s deep in the culture. Hip-hop is dancing, doing graffiti, rapping, and DJing and we all try to explore different elements of that. It’s hard work but we do it.

Kidz Nasty is a b-boy from the younger generation, and he’s very hungry. He travels across Vietnam and Southeast Asia. If you see him dance, you can understand his connection to the music. A lot of people focus on skill but the important thing is to know the music.

He shows the younger generation that you need to feel it. It’s very inspiring. Plus it makes you want to dance.

C-Floor is older generation. He taught Kidz Nasty, and they still dance together—in The Halley Crew in Ha Noi. He’s a funky guy. You can see he really feels it. A lot of dancers are angry but he isn’t angry. This guy changed the game, and when he dances you have to smile.

What do you hope for the future of the hip-hop scene?

I hope the younger generation become more creative and keep evolving. We had to create the scnene ourselves. Also, there are good and bad sides to the internet—you see a lot so you are able to copy stuff but it can be less original, you can forget to be yourself. Although US hip-hop is my favorite because that’s where it was born, I love Japanese hip-hop because they do something different and make it their own. Not many people have their own style, but that’s important, and that’s why I chose these five artists as my favorites.’