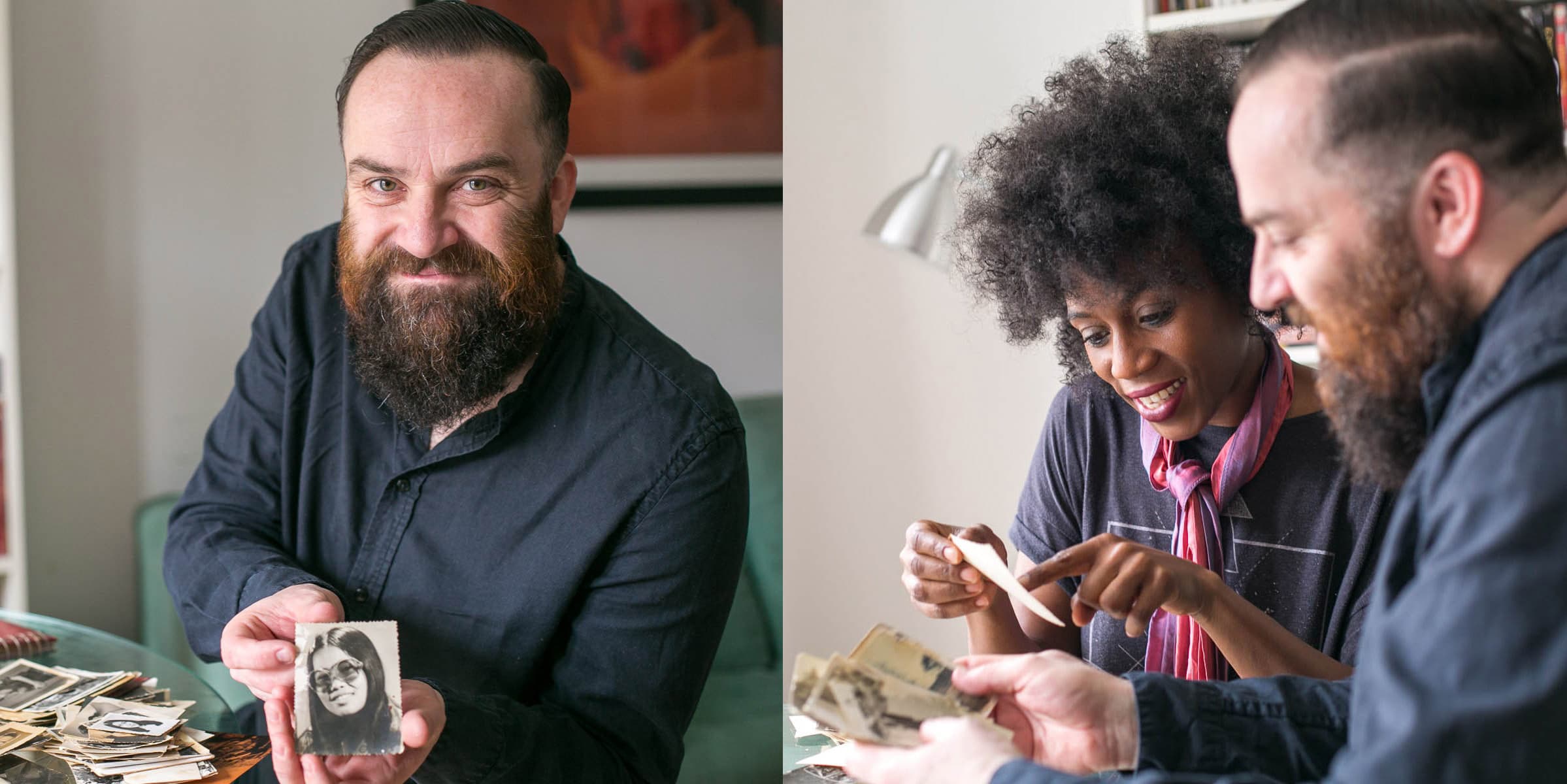 Neil Massey is a celebrated British photographer. Known for his work with era-defining British culture magazine The Face, he moved to Ho Chi Minh City in 2009 and “fell in love with the Vietnamese culture and people.” Here he documented subcultures like the heavy metal scene in his project “Bloody Chunks.” Now, along with his wife Julia, a documentary filmmaker, the couple have begun a project, Vietnam Kin, to reunite Vietnamese families with personal photos lost during the Vietnamese diaspora.

This year, it is estimated that billions of humans armed with smartphones will take 1.2 trillion pictures. Few of these photographs will become physical prints—we simply don’t print our photos choosing instead to share online through social media platforms. This turns the once treasured collection of family moments into an endless stream of digitally-stored images.

Vietnam Kin is not a project designed to save the family album. Neil and Julia Massey aim to find the stories behind some of the “lost” images salvaged from Vietnam’s markets and to return these personal artifacts to their rightful owners.

Soon after moving to Vietnam in 2009, Neil Massey was gifted a set of old photographs from a market in Ho Chi Minh City. The couple became captivated after learning that there were markets full of pictures like the ones they received, many of which appeared to have been left behind by families leaving the country in the 1970s. “It became an opportunity to trace personal journeys, learning about Vietnam’s history through individual stories; how an image came to be left behind and what has happened to that person or the family in the years since,” says Neil.

As Vietnamese culture places great importance on family values, traditions that developed and permeated under Confucian beliefs, the Vietnam Kin images take on greater significance. Neil feels that “the decision to abandon family photos would not have been taken lightly—we all treasure family photos, especially those depicting loved ones.”

Albums are created to mark special occasions and revisiting a single image can open a flood of memories. “They tie us to the past, tell of our history, and frame what we have become,” says Julia. This importance is demonstrated in another similar recent project, called The Burning House. The blog invites people to share items which they would save in the event of a house fire. It is no great surprise that amongst the items selected there is an abundance of personal photos.

Neil and Julia’s curiosity grew. As they collected more images they wondered about the stories and the lives of those pictured. Keen to share their finds with fellow photographers, Neil posted images from their growing collection on his Instagram feed. Viewers responded to the nostalgia and retro aesthetic of the images fascinated with the fashion, styling, and alternative view of Vietnam. Then a message arrived and the story got even more interesting…

After posting a portrait of a young woman, Neil received a message from Paulette in San Francisco who believed the woman featured might be her mother. After some investigation, it transpired that the woman was not, in fact, Paulette’s mother but this powerful emotional connection inspired Neil and Julia to build the Vietnam Kin project into something more meaningful. “Imagine the stories you might uncover along the way if you were able to reconnect someone with an image lost 40 years ago,” Neil says.

The images that Neil and Julia have collected show another side of Vietnam, one that reaches beyond visual stereotypes from this time in Vietnam’s history. The photos are intriguing because, as Julia explains, “they portray a time in Vietnamese history—the 1950s to the 1970s—that few people know about. Through this project, we can highlight and show another side of Vietnam, through images of daily life and family occasions.”

The Kin archive grew from a personal interest in photography, history, and identity but in order to return these photos to their owners, Vietnamese people across the globe need to look at the Vietnam Kin photo collection to see if they recognize anyone. “Julia and I see ourselves as merely the guardians of these images that do not belong to us. We want to return treasured family heirlooms back to their owners.” At present, there is an Instagram page and a website, and there are plans for a collaborative multimedia exhibition which will be formed through collaboration with artists from the Vietnamese diaspora in major cities around the world.

Vietnam Kin is also open to submissions from people who have bought or found old photos in Vietnam. There is no strict criteria for the kind of photos they will accept—and they are asking, initially, for digital copies with the understanding that the original will be returned to its owners if a match is found.

Neil and Julia hope these photos will inspire a discussion around migration, the Vietnamese family, and the importance of cultural identity in an increasingly diverse world. “But the biggest reward for us will be the satisfaction of returning these photos,” Neil adds finally.