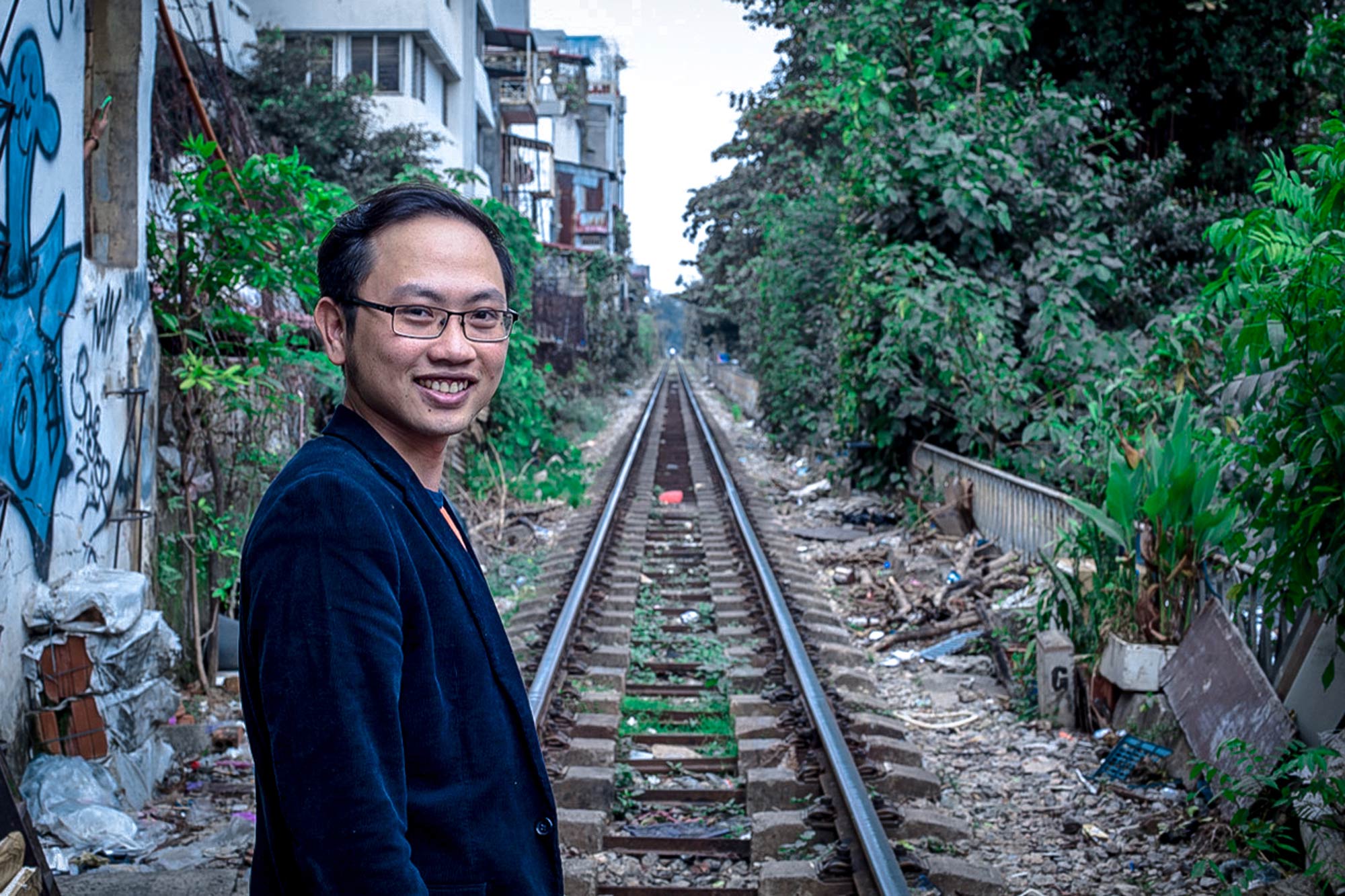 Le Hoang Linh is a producer for VTV4, part of the state-run VTV Network that launched in 1998. The network’s slogan “Bringing Vietnamese values to five continents” sees them put out programmes in Vietnamese and English, and news bulletins in French, Chinese, Japanese and Russian.

Linh, who is also the deputy head of the network’s English Division, fell into journalism by chance but today describes himself as a multimedia storyteller who has been intrigued since a young age by people’s lives. So we met with him to understand his passion for telling tales about the new Vietnam to a multi-lingual audience.

How did you get your start in TV?

Honestly, I didn’t have a clue that I would be a journalist one day. When I was a child, I remember waving my mother off to work at the station and wondering about the people she would meet and their stories. So I guess I’ve always been interesting in people’s lives. 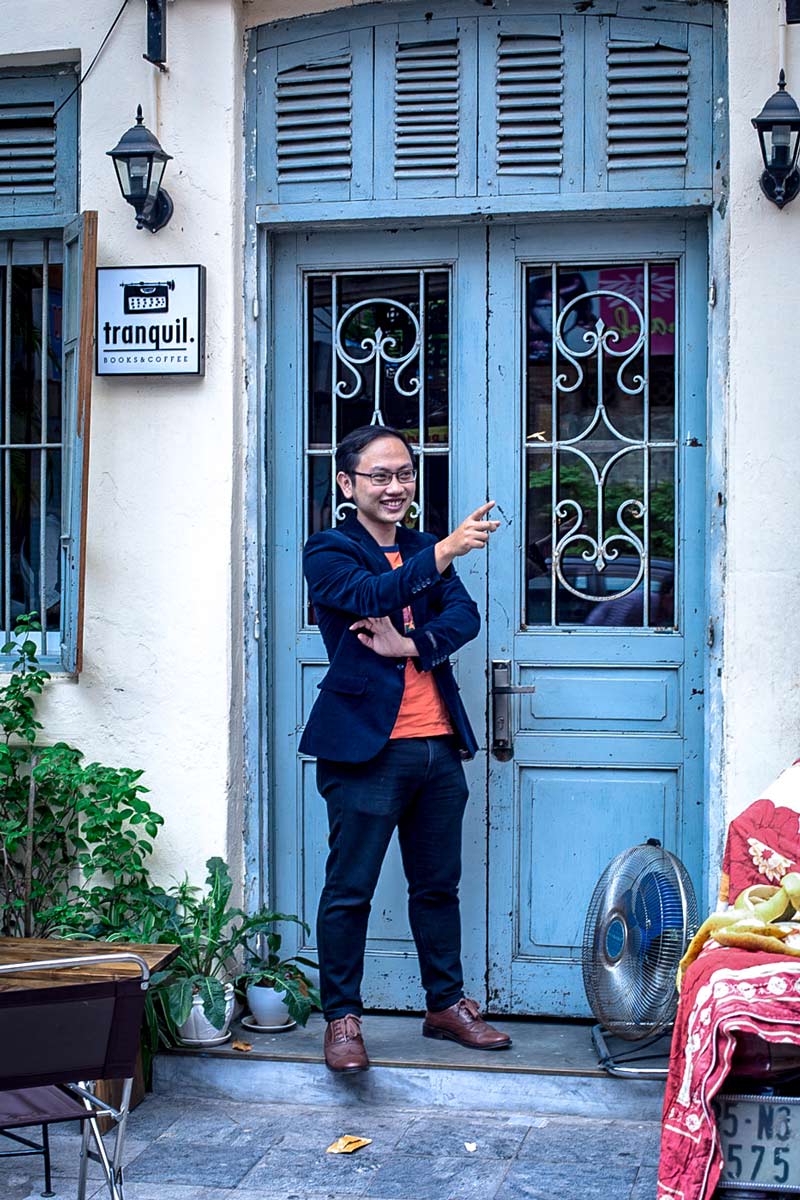 Later, I chose to study at the Foreign Trade University simply because many of my friends went there. While studying, I made videos of my friends and enjoyed editing together scenes. Directing and editing stories felt a little like magic. When I graduated, I probably should have worked as a banker or something, but I had an offer from my English teacher’s daughter who worked at VTV. She asked me to join the network and I said “yes” without much of an idea of what it meant to be a journalist. There’s a Japanese term, “ikigai”, which is essentially about finding your purpose in life. It is a combination of what you are good at, what you love, what the world needs and what you can be paid for—more simply it’s the meeting point of passion and profession. Storytelling is my “ikigai”.

What have been some of your most memorable experiences as a journalist?

Journalism is not a fancy life but that’s not my goal, I would rather be wealthy in my experiences. One of the most memorable experiences in my 10-year career is a filming trip to the Son Doong cave, the biggest cave in the world. I was the first member of the Vietnamese media to visit the caves, we went along with Howard Limbert who had discovered the cave and spent 2 nights sleeping in the huge cavern. 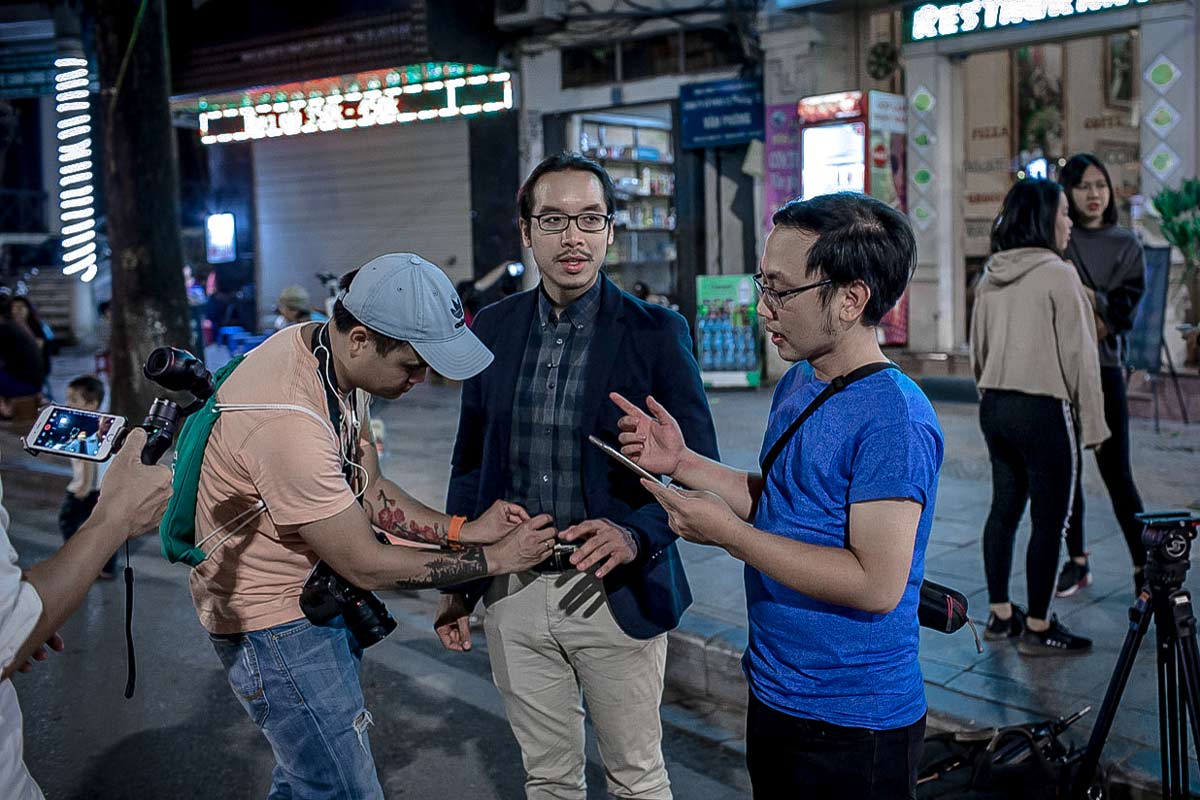 Have you focused on particular journalistic themes?

My main objective has been to look for inspirational life stories that can inspire people. There are many negative stories in the media. They’re important stories to tell, but I want to also focus on the human experience of overcoming personal problems and chasing our dreams. I find that very inspiring and think that my audience finds those stories inspiring too. In the world, lots of good things are happening and I think we should also promote that! 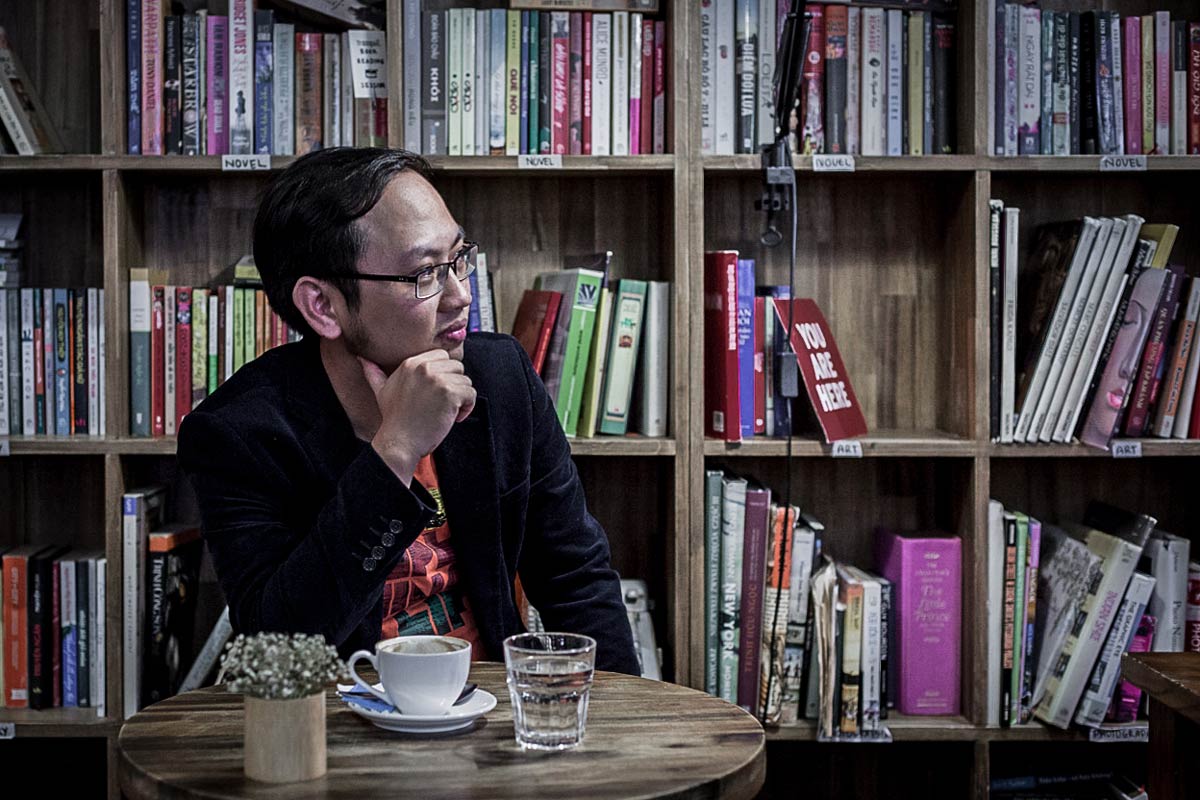 The series “Talk Vietnam” explores the stories of people connected to Vietnam in some way. We interviewed a wide range of people including celebrities like Jackie Chan, Apple CEO John Sculley, and even Prince William who was here for an illegal wildlife trade prevention conference. We also talked to everyday people with incredible stories. One particularly powerful story is of a Vietnamese woman who was adopted by a Swedish family when she was just 10 months old. She went on to become the runner-up of Swedish Idol. Amazingly, her birth mother recognized her in a show we made. It was an incredibly emotional story to tell.

What sort of angles do you look for and what questions do you try to ask as a journalist?

For me, it’s about understanding a person’s passion and what motivates them—not just what they do, but why they do it. Hopefully, then I can highlight key moments in their lives, and the inspiration that drives them. I don’t think that I’m particularly interesting but I have a gift for telling the stories of others. I hope that by showing my audience these stories I can inspire them. 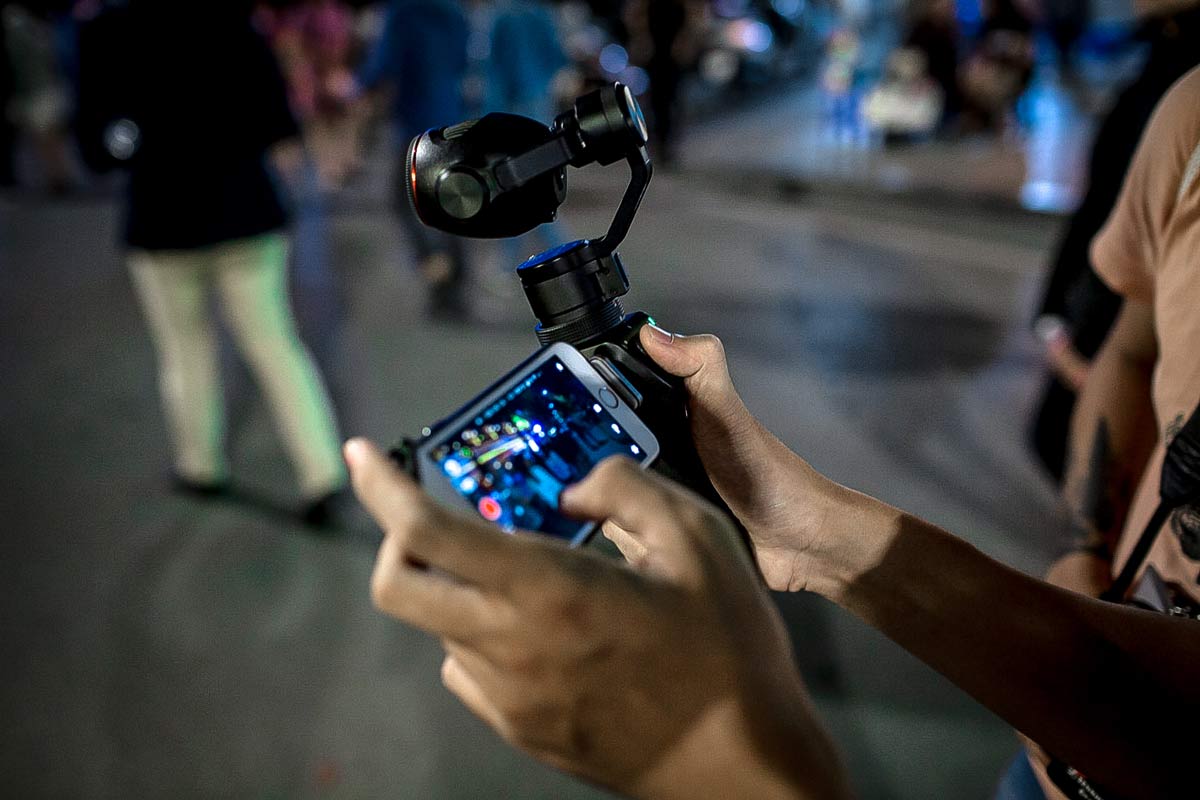 You have been working on a series about Viet Kieus—“The Return Day”. What is the story behind this series?

This is a special show that we have run for the past 7 years. It broadcasts during the lunar new year period of Tet. It’s a time when people want to return to their homes or connect with their heritage. If people can’t actually come home, they can feel as if they have through my show. Initially, it was produced as a stage show with invited guests, but now it’s made in a documentary-style featuring appealing stories about Viet Kieus and the Vietnamese community around the world. Last year, we focused on the “banana generation”—young Vietnamese who were born and raised in foreign countries but are now coming to Vietnam for work and other reasons such as trying to understand their Vietnamese identity and connect to their roots.

What upcoming shows are you excited about? What channels and journalists are doing new, fresh projects that are worth checking out?

We are developing a project that will replace our “Expat Living” series. The expat community is getting bigger and we want to lift the show to new heights. The show is called “#WOWVietnam” and is all about things that make people say “wow” about the country. For some it’s the little things, things they find special, but it’s also about the big things that have that “wow” factor. 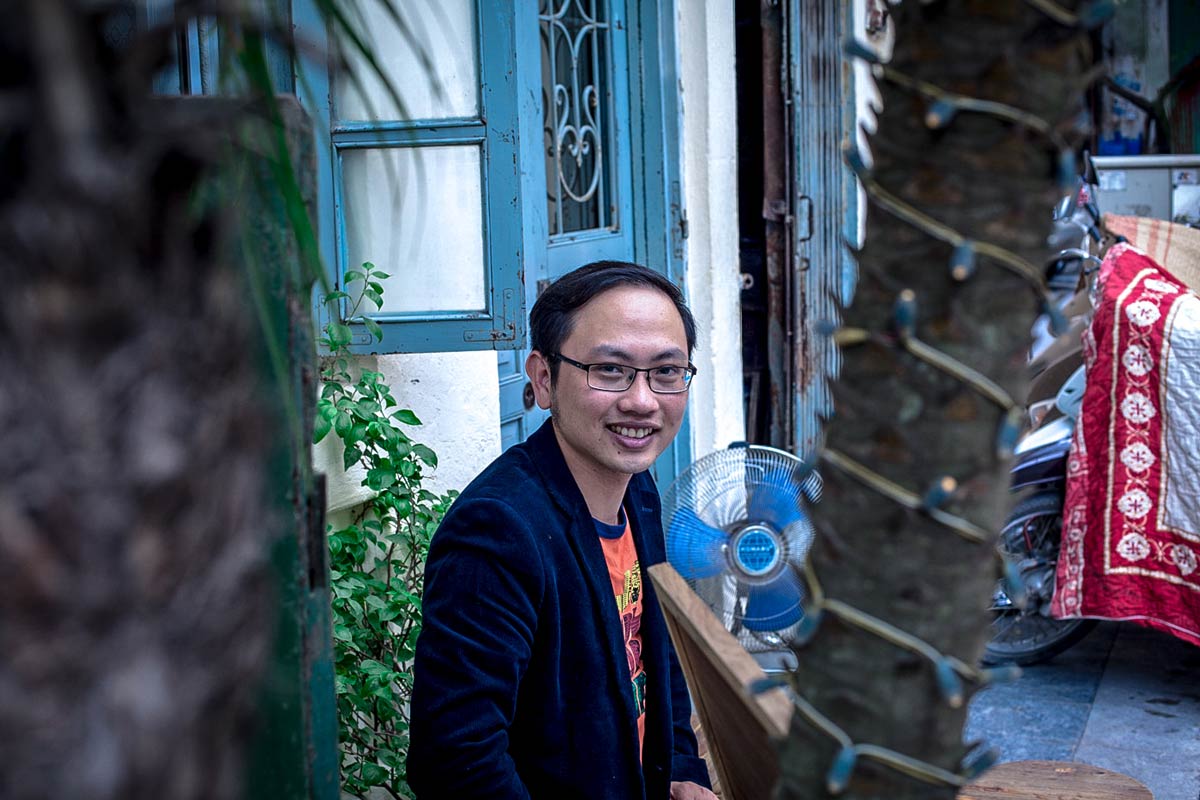 There are a lot of expats doing interesting things on YouTube. Sonny Side, for example, is doing some great videos about Vietnamese food. I would love to do some work with him.

Where do you see yourself in a few years time?

I see myself working on long-form documentaries. Having met so many interesting people with fascinating stories I would like to develop documentaries that people connect to. Something that lifts them out of their everyday lives, and that they come away from having learned something.