What Makes A Great Cocktail?  | Vietcetera

What Makes A Great Cocktail?

Whatever your cocktail of choice may be, there’s more to your glass than just a pretty colored beverage decorated with a delicate paper umbrella. 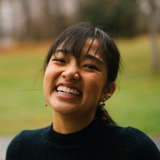 Some may argue that a night out in town isn't complete without a sweet cherry Manhattan. If you prefer the more old fashioned route, you can settle for a Meyer lemon whiskey sour, or perhaps a refreshing elderflower gin and tonic. Whatever your cocktail of choice may be, you should know that there’s more to your glass than just a pretty colored beverage decorated with a delicate paper umbrella, or wedge of lime.

Made of spirits, sugar, water and bitters, what separates a good cocktail from a great one is tension between the strength, sweetness, sourness, bitterness, saltiness, temperature and texture of its elements. But it's not just what's in the glass that makes the cocktail a cocktail. A true cocktail also carries with it a lot of history.

The history of the cocktail is still up for debate, although it's legacy dates back to the 1800s when well-known American bartender Jerry Thomas published the first known bar manual and guide to cocktail making in 1862. Quoted by The Atlantic as “pioneering and flamboyant,” Thomas owned and operated saloons across New York through the 1800's and is often referred to as the father of American mixology.

Although one is unable to pin-point when or where it's exact creation took place, it's indubitable that the creation of the cocktail brought further milestones for the food and beverage industry and other innovations (like ice!), as well as transforming social life for the masses.

The key ingredient you can't ever count out in cocktail making is bitters — fruit, spices, leaves, bark, roots, herbs — or collectively known as botanicals. The herbs and bark roots chosen to make these bitters often have a sharp and strong taste due to their tannin levels.

The history of bitters actually dates back to the ancient Egyptians, who created herbal wines by sealing botanicals in wine jars. Today, since cocktails often are sweet and sour in flavor, bitters are used to balance out the drink by enhancing its complexity and depth for a more complete flavor profile.

The appearance of bitters has not only significantly contributed to refining the taste of different cocktails, but have also driven the creativity and imagination of both bartenders and chefs around the world. The unique flavor enhancer adds a ‘je ne sais quois’ to both alcoholic and non-alcoholic beverages, as well as to any savory or sweet dishes, ultimately revolutionizing innovation across the F&B industry.

Established in 1824, ANGOSTURA® aromatic bitters’ home lies just seven miles off the coast of Venezuela in Trinidad and Tobago, the southernmost islands in the Carribean Sea. Like most long-standing bitter brands, these bitters were initially developed for patent medicinal purposes, specifically to alleviate stomach ailments. Its founder, Dr. Johann Siegert, used the formula (“AMARGO AROMATIC) as an elixir to the soldiers as the Surgeon General of the Simon Bolivar armies in 1824 .

Drinks International Annual Bar Report even named Angostura® bitters the “Number 1 Selling Bitters” and the “Number 1 Trending Bitters,” in 2018 and 2020, which highlights just how well respected and recognized they are as the leader in aromatic bitters worldwide.

The bitters became deeply rooted into the cocktail cultures of the USA, UK and Europe, contributing to the first cocktail party and the rise of social drinking. By the 1960s, the popularity of ANGOSTURA® in culinary applications surged. The launch of "The Secret of Good Taste: The Angostura Cookbook" championed the practice of adding a light dash of bitters to everyday cooking to give it a splash of international flair.

“A cocktail cabinet without Angostura is like a kitchen without salt and pepper.”

If you've ever indulged in a Manhattan, Old Fashioned, or a Mai Tai, you've probably had a taste of ANGOSTURA's most classic bitters. Just a splash of this signature yellow-cap bottle intensifies the flavor of other ingredients by counteracting the harshness of acidic contents, and decreases the harshness of spirits. Not to mention, it also helps cleanse the palate and aids in digestion.

Besides their original bottle, ANGOSTURA bitters also has three other bitters to choose from, including their Orange Bitters, a complex blend of tropical oranges and spices and “the soul of an exceptional dry martini”; Cocoa Bitters, rich notes of floral, nutty cocoa from Trinitario; and Amaro di ANGOSTURA®, a warm amber aroma of cinnamon and dark chocolate.

Here are some examples of several cocktail and food recipes that incorporate this highly acclaimed brand of bitters.

Beyond bitters… let's talk about rum!

Avid cocktail fans know that ANGOSTURA has also been in the business of making unique rums since 1824 as well! That's almost 200 years of experience in fermenting, distilling, ageing, and blending to create a truly smooth spirit.

From white rum made by column distillation of fermented sugar cane molasses (Angostura Reserva Rum) to gold rum with fruity caramel and vanilla aromatics (Angostura 5 Year Old Rum) and their premium rum with mixed notes of honey vanilla and orange peel, (Angostura “1824” 12 Year Old), Angostura specializes in the making of six different types of rums you can choose from.

Today, exporting to 165 countries worldwide, both ANGOSTURA® aromatic bitters and rums are a staple for bartenders and cocktail enthusiasts, professional and home cooks alike, bound only by their own creativity and imagination.

Lighthouse Group Indochina is recognized as one of the leading independent importers of Spirits, Beer & Cider in Vietnam with over 10 years of experience. Lighthouse purchases 100% of their products directly from their respective distillery and/or brewery and has one of the most extensive and diverse product ranges in the region. All their products are registered, imported, and tested to meet all Vietnamese laws and regulations.