Alex Violette, Pasteur Street Brewery CEO: "2020 has given us a chance to bring the local craft beer community together" | Vietcetera

Alex Violette, Pasteur Street Brewery CEO: "2020 has given us a chance to bring the local craft beer community together"

“We are now looking to bring craft beer to international eateries, in addition to engaging the local craft beer community,” Alex confirms. 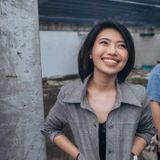 “Thinking back to the early days at 144 Pasteur Street, our first taproom and today’s headhquarters, the height of our ambition was to become a supplier of craft beer to local restaurants and 5-star hotels,” admits Alex Violette, the CEO of Pasteur Street Brewery, a company he co-founded with wife Bethany Violette and business partner John Reid.

That goal-setting exercise took place six years ago when Vietnam’s craft beer scene was still finding its feet, allowing Pasteur Street to carve out a niche for themselves.

Success was quick to follow, with Saigon-based beer brand becoming a symbol of Vietnam’s craft beer revolution. While the novelty factor brought in the crowds, a loyal local following built over the years speaks to the brand’s broad appeal and the team’s entrepreneurial chops.

Effusive media coverage helped to usher in international recognition. Partly as a result, any globe-trotting beer lover worth their hops knows to stop at one of Pasteur Street’s tap rooms, now spread across the country, to pay respects to the pioneers of the local craft beer movement.

Talking about the company’s plans, Alex confirms that their distribution channels and business model are continuing to evolve. “We are now looking to bring craft beer to international eateries, in addition to engaging the local craft beer community,” he continues.

Case in point is their Xưởng Bia concept, a new taproom at 23A Ngo Thoi Nhiem street in Saigon that promises to further elevate beer-drinking experience. We ask Alex what role the new flagship establishment will play in the company’s transformation process and what's on tap and on the menu.

What strategies for the “new normal” has Pasteur Street implemented since the start of the year?

It was a confusing time, so we had to play it by ear to see what works. Some ideas were born from personal experience.

During the social distancing, I quickly fell into the habit of drinking beer at home, and the new routine stuck even after the lockdown was lifted. If before I was known to invite friends to the pub, now I’m equally happy to enjoy beer at home. And it wasn’t just me; it’s a new habit consumers picked up as well.

Riding on increased home consumption, Pasteur Street deployed an online sales channel and boosted distribution to convenience stores. The results were very positive: online sales increased from around 2% to more than 10%; at our new Xưởng Bia taproom at 23A Ngo Thoi Nhiem in District 3 as much as 13% of all sales now come from delivery orders.

We are growing our distribution network too. By October, the number of convenience stores we’re working with jumped from 117 to 311, including large chains like 7-Eleven, Aeon, Emart, GS25, Circle K, and most recently Family Mart.

﻿And with international tourists not expected to return in pre-covid numbers any time soon, Pasteur Street has quickly pivoted to strengthening our relationship with the local community.

What is unique about Xưởng Bia taproom?

This is the first taproom that we actually named. Xưởng Bia translates to “brewery”, so any Vietnamese who hears it or sees the sign immediately thinks of craft beer.

More than just another fun neighborhood hangout spot, the taproom is a showcase for us as a brand. We want those who have never tried our beer to come and discover what Pasteur Street is all about.

In terms of interior design, instead of going for your typical glass box on the ground floor of a residential building, for Xưởng Bia we created an outdoor dining experience, with clusters of communal tables suitable for large group gatherings.

This is because when it comes to drinking beer, Vietnamese people tend to go out in big groups, making such spacious and airy spaces necessary.

Will there be new beers or new dishes at Xưởng Bia?

Of course! Xưởng Bia has the longest list of craft beers – 18 different types. My personal favorite is the new Jasmine Amber Ale, which I created especially for those who are trying craft beer for the first time.

It has a lower alcohol content than Pale Ale and IPA, and compared to IPA it’s also less bitter, yet still retains the rich flavor of craft beer.

Jasmine Amber Ale belongs with our award-winning Jasmine IPA “family” – the beer that Pasteur Street was created around. The line’s attention-grabbing dark red hue comes from the use of amber malt, so these beers never fail to make a good first impression, whether you are a craft beer veteran or don’t know your sours from your Saisons.

As for the food, we offer plenty of sharing plates, including the classics such as Australian Wagyu flank steak, rosemary grilled chicken and passion fruit chilli prawns. The sausage menu alone has around 10 different options: orange and duck, pork and basil, chicken curry and other flavors.

We have something for the hopheads with a sweet tooth too – the Cyclo Stout Brownie. This is the dessert version of our Cyclo Stout brew, which won the 2016 World Beer Cup Gold Award.

One of your goals is to become a global beer brand. How much of this goal has Pasteur Street achieved?

I would say we were on the verge of global conquest right before the pandemic put our export activities on ice. But about two months ago, we started taking export orders from Taiwan, Singapore and Malaysia again. Pasteur Street's exports to the US are also expected to restart in December this year. Currently, Pasteur Street is exporting craft beer to nine countries.

Our advantage in the international market is that we incorporate some of Vietnam's best specialty ingredients in our recipes: passion fruit, mango, dragon fruit, durian, Phu Quoc black pepper and Saigon cinnamon. Combining these bold flavors with advanced brewing techniques from America allows us to produce delicious award-winning craft beer.

The article is adapted by Angie Tran.