Award-Winning Filmmaker Carol Nguyen Shares The Stories Behind Her Art

As a budding young Vietnamese-Canadian film director, what does Carol Nguyen think about studying, working, and building relationships in the film industry? 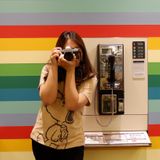 At the SXSW film festival in 2020, the Short Documentary Jury Award was given to No Crying at the Dinner Table — a 15-minute documentary directed by an Asian female director. Carol Nguyen, a young woman born into a Vietnamese family living in Canada, created the film as her graduation thesis at the Concordia University. But that masterpiece was not Carol’s first glory.

Carol, who has been making films since high school, is known for her storytelling skills using creative visuals. By making films with flawless audio-visual aspects and in-depth content, Carol has appeared in many major international publications such as The New Yorker and Variety. She also participated in many programs for young talent development, such as Sundance Ignite 2018, Adobe Creativity Scholar 2018, and became the ambassador of TIFF Share Her Journey in 2019.

Now 23 years old, Carol sits down with Vietcetera to look back and share her thoughts on the creative journey in the past eight years.

Learning about filmmaking can gain you good friends

Having made film since high school, Carol was quick to realize her special interest in The Seventh Art. To continue pursuing the field of art that she loved, Carol has applied in many universities, even in America. Film schools provided Carol with a safe space to exchange her ideas with other young creatives, to try on many roles, and especially to chase after her dream while being surrounded by a community that shares the same passion for filmmaking.

“Film school gave me a transition into the professional industry. I also appreciated that all my peers were on the same journey as I was, and that we were all in class for our common passion for cinema. Being surrounded by like-minded people inspired me and helped me find collaborators and lifelong friends.”

In most short films she produces, cultural identity, family history and intergenerational trauma are the topics Carol often delves deeply. The young filmmaker also often shows her parents and sisters in her works. To be able to make this happen, Carol said, we need to determine and respect the line set by the people we collaborate with, before publicly showing them on the screen.

“As a filmmaker working with such intimate subjects, I believe consent, ethics and relationship building are the crux of creating a great personal film.”

In addition, there are many works out there produced purely from imagination, with a storyline that is unrelated to the artist's life. But to Carol, those works, if well-created, could also be personal.

“Being able to push through the ups and downs of producing a film takes great passion and vulnerability. Often, that passion is rooted in something that the filmmaker feels deeply about, which I consider is personal. The personal aspects of my film just happen to be more direct because I work with my family.”

Looking at the ‘universes’ that Carol builds in her movies, it can be seen that each film has a very distinctive style, but all are aesthetically pleasing.

In Every Grain of Rice, the soft and dreamy look is created based on the fact that the story is told through a dream. On the other hand, Façade refers to the distance between people, so the strong and contrasting patches of color were chosen to intensify the quirky story. And as No Crying at the Dinner Table is mainly about conversations among family members, Carol focuses on the natural light to convey the raw and intimate feeling that the film radiates.

To Carol, as “the medium is the message”, what is shown on the screen often comes from the essence of the story. Therefore, before determining the form for any film, a creator must understand thoroughly the meaning of that particular film, what message they want to convey, and how they want their audience to feel while watching it.

“My next film is black and white animation, to seamlessly blend the past and the present, like that of a time travel.”

If you want your teammates to believe you, believe in yourself first!

Carol has been constantly making films for eight years now. As she became more personally and professionally mature, one of the most important things that Carol has learned is how to build strong relationships.

“To build trust with someone, you need to build trust within yourself first. To have the utmost respect from someone means that you have to respect yourself first. Being honest and taking responsibility for your actions will reciprocate back to you. I am starting to see that the more I invest in myself and in the relationship I have with myself, the better that serves my relationships with others.”

In looking for teammates to work with, Carol always tries to ensure the diversity within the team she wants to build. Also, what’s more important is that they need to be able to understand and empathize with the story that they want to tell, to push the creative decisions into a more meaningful and powerful space.

In the near future, Carol plans to make her first feature documentary in Vietnam. The young filmmaker also hopes to collaborate with other Vietnamese artists, both local and of the diaspora.