Knowing a second language, after all, means a whole new literature is in your hands - or tongue. 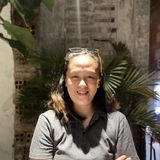 Learning a new language opens wider horizons —  it exposes you to culture, it introduces you to new people. | Source: Mundo Lingo Saigon

Choosing which language to learn, or pick up next, is a personal and, sometimes, a complicated process: it can come on the back of a trend in software development, or it can come out of the combined elements of interest, need, and even community.

The choices can be as personal as they are varied. You may want a high-level language that would open possible career opportunities, a functional language that you can use when you travel abroad, or simply a language that you love to learn because it's trendy (maybe Korean so you won’t anymore need subtitles for your favorite k-drama?). Knowing a second language, after all, means a whole new literature is in your hands - or tongue.

Hana Thu, who’s now 26 years old, learned Japanese while finishing her university degree. Believing that learning a foreign language would be a key professional advantage, Hana didn’t mind the occasional confusion as she shifted from Vietnamese to Nihongo.

“Originally, I was interested to learn Korean but my university wasn’t offering that then,” she explains. “However, even if I only remember a few Japanese words, it was a memorable experience for me and it helped me connect with people.”

But after graduating, she was convinced that learning English will benefit her more, so she put more effort into speaking and using the language. Having no interest in going abroad and working, she’s optimistic to join a multinational company and apply her English skills.

Hana is just one of the many Vietnamese, Millennials, and Gen Z mostly, who have taken a liking to learn foreign languages besides English. While English remains the most preferred language (being the world’s lingua franca) to learn as it gives one greater chance of landing a high-paying job and of working in a foreign land, young people are also now trying to learn Nihongo, Korean, Spanish, and Chinese among others.

Quang Nhat Dang Truong, a Mandarin teacher at Zhang Laoshi Chinese School in Ho Chi Minh City, said most of the school’s learners are university students and young professionals ranging from 20 to 30 years old. “The influx of Chinese investors in Vietnam is the main driver of our learners, hoping they could land better opportunities knowing the Chinese language,” he said.

Zhang Laoshi Chinese School has been in the business of providing language training for over five years now, the institution has the trust of students and graduates from leading universities in Ho Chi Minh City. The Mandarin language program could last for a year, which can be divided into smaller courses that last for seven weeks each. Out of the 200 learners enrolled annually, around 20% make it until they can use the language at the professional level.

If you’re a Millennial, like Dang Truong’s students and Hana - you’re part of one of the most hardworking, educated, and well-rounded generations to date. Which is a great thing! But when everyone else is of high caliber, it also means you’ll need to work harder to stand out from the crowd, especially if you’re in the HR’s pool. Truly mastering a foreign language or two will make that job recruiter look twice, and your paycheck will thank you.

And rightly so, knowing a second (or third!) language could be the single decision-maker between you and another qualified candidate. In fact, many companies are starting to make foreign language skills part of their core requirements when hiring season comes around.

Attracting foreign direct investment (FDI) has always been a key part of Vietnam’s external economic affairs. The pandemic certainly had a dampening effect on Vietnam’s previously record-breaking FDI growth rates. As of September 2020, foreign investment projects disbursed US$13.76 billion, which is equivalent to 96.8 percent over the same period last year, according to a Vietnam Briefing report.

No wonder why many of the young professionals and even those still in the university are seeking language classes. It’s one way to reap the effect of having more foreign investors in the country.

Learning a new language opens wider horizons — it exposes you to culture, it introduces you to new people.

Kat Maii, a 28-year old freelancer and the City Manager of Mundo Lingo Saigon, knows English, a little French, and took Japanese lessons to enrich her personal interests. Mundo Lingo are free language social events that happen independently in various metropolises in different countries, and we have one in Saigon!

In Mundo Lingo Saigon, which usually takes place every Tuesday, up to 200 people join the event, more than half are locals wanting to practice their language skills and make friends.

To Kat, the biggest advantage of learning other languages is that it makes you smarter plus you get to mingle with others who speak the language you’re trying to master. “It helps build better connections with new people and understand their culture,” she added.

Ho Liam, also a regular at Mundo Lingo Saigon, is currently in love with the Thai language and has so far learned five other languages.

When asked what’s the best thing about the community, ML Saigon City Manager said, “I guess it depends on people's perspectives. The keywords are language speaking, nice friends, good beer, and good vibes.”