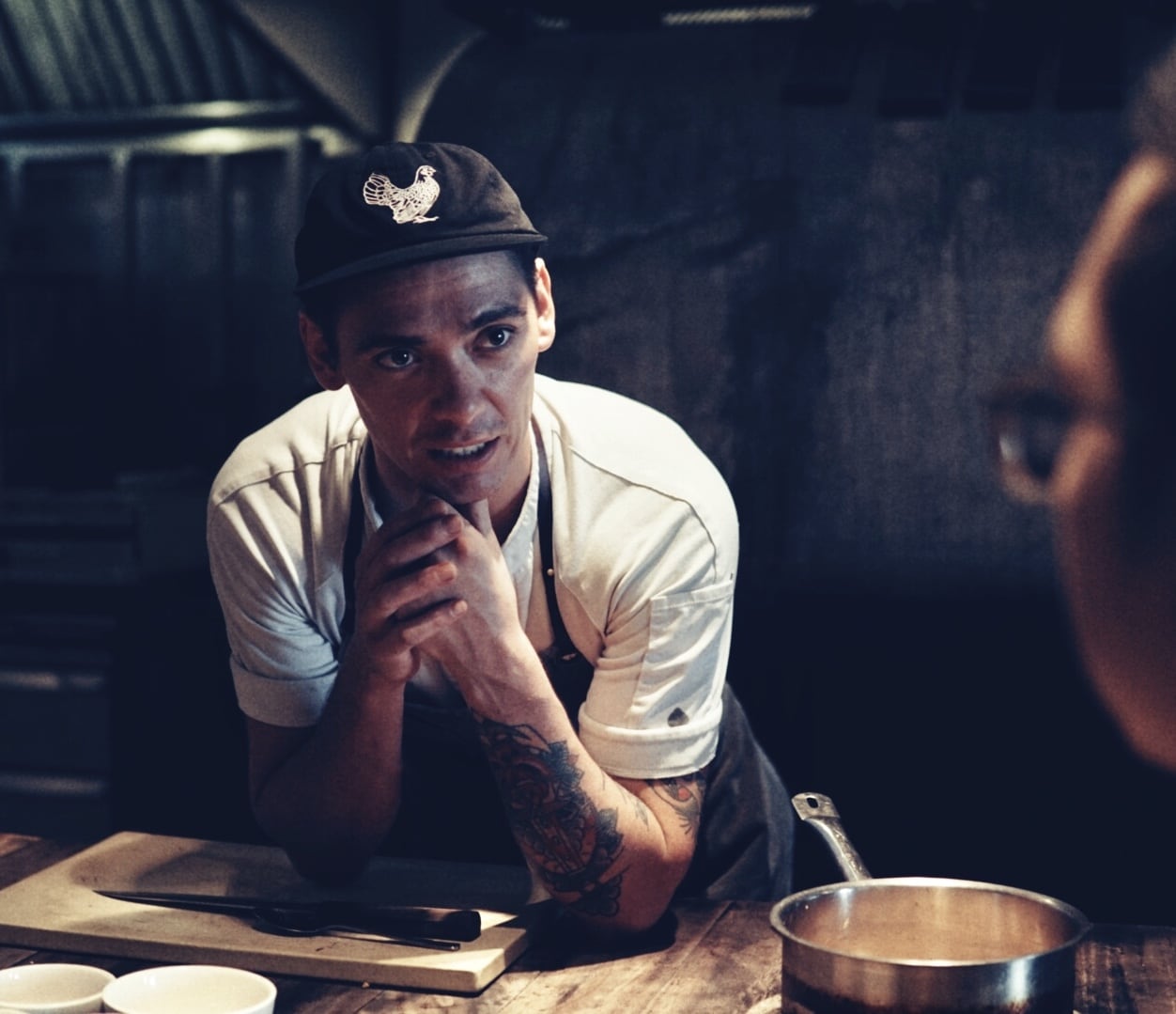 Jake Kellie has just got back from Milan. The 27-year-old is head chef at Asia’s current #12 best restaurant, Burnt Ends Singapore. Last October, at the regional San Pellegrino Young Chef of the Year 2018 local final he “wowed the judges” that included Waku Gin’s Tetsuya Wakuda and Richard Ekkebus of Hong Kong’s Amber Restaurant at the Mandarin Oriental with his signature dish. As the winner, he was invited to Milan to cook the “highly conceptual” Australian pigeon aged in strawberry gum, native pepper berries, and hay dish as Southeast Asia’s representative alongside 20 other global finalists. He came second. “To cook for the judges—seven giants of global gastronomy including Dominique Crenn, Brett Graham, Virgilio Martínez, and Margarita Fores—was unreal,” Jake says.

The “rising culinary star,” who has featured on MasterChef, won another Young Chef Award while in Australia in 2015. The prize was also a trip to Europe. On the way, during a stopover in Singapore, he first met Dave Pynt—owner of the modern BBQ restaurant Burnt Ends who once famously told esteemed chef Raymond Blanc during a collaboration that “first we need to burn the shit out of the leek.” During our May dispatch to sun-drenched Singapore, Vietcetera met with Jake at the restaurant Dave asked him to join after that meeting. It’s an eatery hidden among the “hip ‘new’ Singapore” converted Chinese shophouses of Teck Lim Road that’s been described as “the lovechild of Noma and Etxebarri.”

Two years ago you won Young Chef of the Year in Australia and joined The Lakeside Mill as head chef. Can you tell us more about how the connection to Burnt Ends Singapore first came about?

I won the competition in 2015. The prize was to visit Europe. I had a stopover in Singapore for three or four days on the way—it was my first visit to Asia. I met Dave Pynt, chef and owner of Burnt Ends, and we got along really well. I continued on my trip. Then he called me by surprise while I was in Paris and offered me the position of head chef. I arrived back in November, came to Singapore in January. That was almost a year and a half ago. It was a bit of a whirlwind.

How was working in Australia at The Lakeside Mill, and before that, at Estelle Bistro, different to working with Dave Pynt in Singapore at Burnt Ends?

Cooking at The Lakeside Mill for example, in Pakenham, Australia, was a lot different. I took the role out there when I won the competition. I was really eager to do my own thing and bit the bullet. It taught me a lot of things. It was totally different to Singapore. Out there the culture’s more bangers and mash—and there’s nothing wrong with that. My hometown, on the central Australian coast between Sydney and Newcastle that’s about ten minutes away from the beach, has the same food culture.

What dynamic does Burnt Ends’ open-kitchen concept with no boundary between customers and chefs give to the place?

When we’re running service, me and Dave Pynt can talk to the customers and share our chef’s selects. We have a laugh and a joke with them too. It’s very anti-fine dining—we swear all the time. That’s part of who we are. But it’s also the sort of place where you don’t have room for error. Everyone is watching you.

The restaurant is centered around this wood-fired oven. How did the idea for that come about?

It’s a four-ton, two oven brick kiln which Dave had built here. It heats up to something like 1,700 degrees. He got the idea while he was in London. The concept came about after a pop-up supper club—that was called Burnt Endz—during his residency at the Climpson’s Arch in Shoreditch in 2012. The ovens, and also the custom grills we have here, are fired by coal, apple wood and almond wood.

How has working with Dave Pynt at Burnt Ends helped you evolve as a chef?

Besides cooking, he really knows how to run a business. He’s straight down the line too—if you fuck up, he lets you know about it. It’s good to be constantly pushed like that.

Besides joining Burnt Ends and the San Pellegrino Young Chef of the Year 2018 competition which other formative culinary experiences have you recently had?

I went to India to do a pop up at a restaurant called Qla in New Delhi—a contemporary European restaurant with global influences that has elements of fine dining which chefs like Claude Bosi have also guested at.

We’ve also had the team from Yardbird Hong Kong over for pop ups in February and March that we hosted here at Burnt Ends Singapore and at our sister restaurant, Meat Smith.

Burnt Ends also hosted some guest chefs last year. Who made the biggest impression on you?

Last year was massive. We had a series of twelve guest chefs from all around the world here at Burnt Ends Singapore. Taiwanese-born Hong Kong-based chef Jowett Yu from Ho Lee Fook made one of the biggest impressions on me. He did his own char siu pork—he had it hanging from the kitchen hoods here. We also had people like Australian James Henry from Hong Kong’s neo-Parisian bistro Belon.

Another was Aaron Turner who has a fire-focused place in Melbourne called Igni. It’s the sort of food I can see myself doing a bit further down the track. He loved the environment here. He was a great guy to work with.

Where are your after-work spots in Singapore?

I don’t really go out much. Burnt Ends is open Tuesday to Saturday—and it’s dinner service only—so by the time we finish a week’s work here on a Saturday night I’m usually pretty plastered and everyone’s knackered. It’s the first time I’ve worked in a place with such a long dinner service. It starts at 5.30pm and we serve food till 11 or 12 o’clock. I normally go home, sleep, then enjoy my Sunday…

Related Content:
[Article] German Vietnamese Restaurateur Nguyen Ngoc Duc On Berlin, Bikes, And Business
[Article] The Clumsies On How They Became One Of The World’s Best Bars