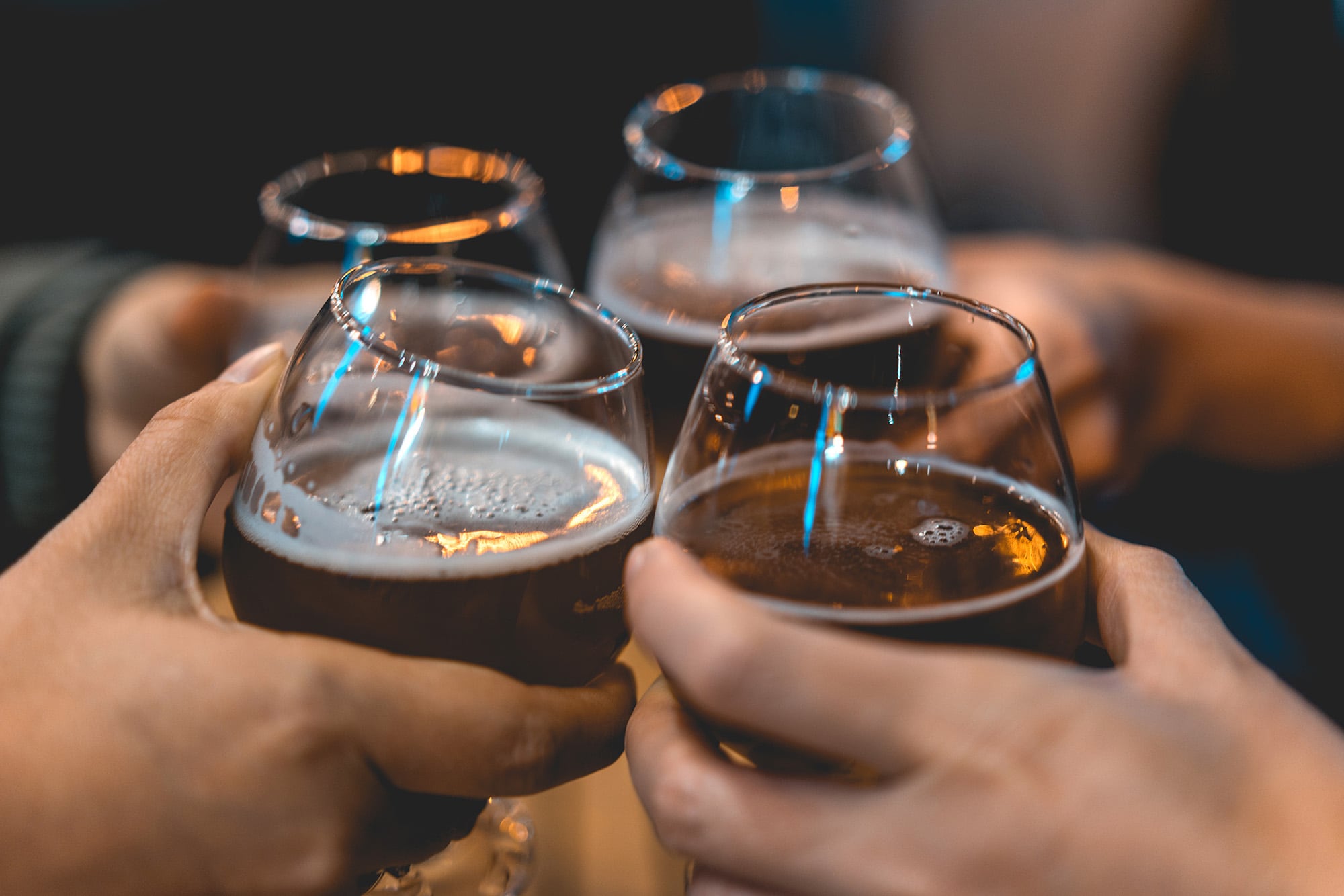 There are those that stick their toes in the water first and others that dive right in. If you’re in the latter group, keep reading because Vietnam Craft Bia has compiled a list of some of the most adventurous craft beers in Ho Chi Minh City.

Fully enjoying everything craft beer has to offer requires consumers let go of any preconceived notions about what a style of beer should taste like. From hearty high-powered stouts to monster hop bombs and peppery Saigon-style Saisons, put your palate to the test with four of Vietnam’s most unprecedented craft beers.

Heart of Darkness Brewery, BiaCraft Artisan Ales, East West Brewing, and Pasteur Street Brewing Company teamed up to help us piece together a four-beer guide to some of Ho Chi Minh City’s most most adventurous craft beer concoctions.

Saisons are fruity, spicy bottle conditioned pale ales with added carbonation. Although what makes a Saison a Saison is met with varied opinions, Pasteur Street Brewing Company entered uncharted terrain when they created their own rendition of a Saison done the Saigon way.

Saisons are among the most intricate styles of craft beer in Ho Chi Minh City and abroad. Luckily, brewers based out of Vietnam are often given free reign to experiment through the integration of locally-sourced ingredients like black pepper, cloves, and ginger.

Although Pasteur Street Brewing Company’s take on a Saison is less earthy than expected, its fully compensated by the unique blend of local ingredients and herbs. As with most Saison’s the finish is particularly dry and spritzy. If you want to try something in an entirely different realm, the Saigon Saison is a must-try when drinking crazy craft beers in Ho Chi Minh City.

If you can handle intense bitter hops and your booze in general, the F*ck Me Up Triple IPA from BiaCraft Artisan Ales is a beer that will test everyone’s ability. If you like playing with fire, odds are you should play around with this beer…carefully.

The F*ck Me Up Triple IPA is easily one of the strongest craft beers in Ho Chi Minh City. It’s an IPA with three kinds of American hops brewed with a Belgian tripel twist. What makes it so adventurous is the addition of the Warrior hops.

According to BiaCraft’s co-founder Tim Scott, the Warrior hops are used as a smooth bittering agent. When combined with the other two kinds of hops—Citra and Amarillo, the beer radiates a pleasant tropical aroma and a flowery citrus kick to the mouth.

As the name suggests East West Brewing Company takes the best from both hemispheres to create their own version of craft beer inspired by local ingredients, and styles and techniques from around the globe.

If you want to try something bold, dark, and complex the Independence Stout is highly recommended for any craft beer daredevil. Don’t be distracted by the diverse taste profile and forget this heathen of a brew is to be consumed carefully due it’s high alcohol content.

East West Brewing Company’s dark ale is all about richness and complexity. On the nose are notes of coffee, dark chocolate, and dark fruit.

It pours a full-bodied opaque black and carries a multiplex taste profile of prunes, caramel, and a lingering roasty finish.

When asked how the components to this beer coalesce so well East West Brewing Co. founder Loc Truong explains the secret to balancing such a diverse range of ingredients is a flawless combination of malt, hops, alcohol, and fruit esters.

When it comes to challenging everything you’ve heard about craft beer, Heart Of Darkness Brewery is there to lead us onto the path of darkness. Revered for a daring, I’ll-do-what-I-want-attitude, Heart of Darkness continues to impress as they release countless craft beer recipes not only new to Vietnam, but new to the world. 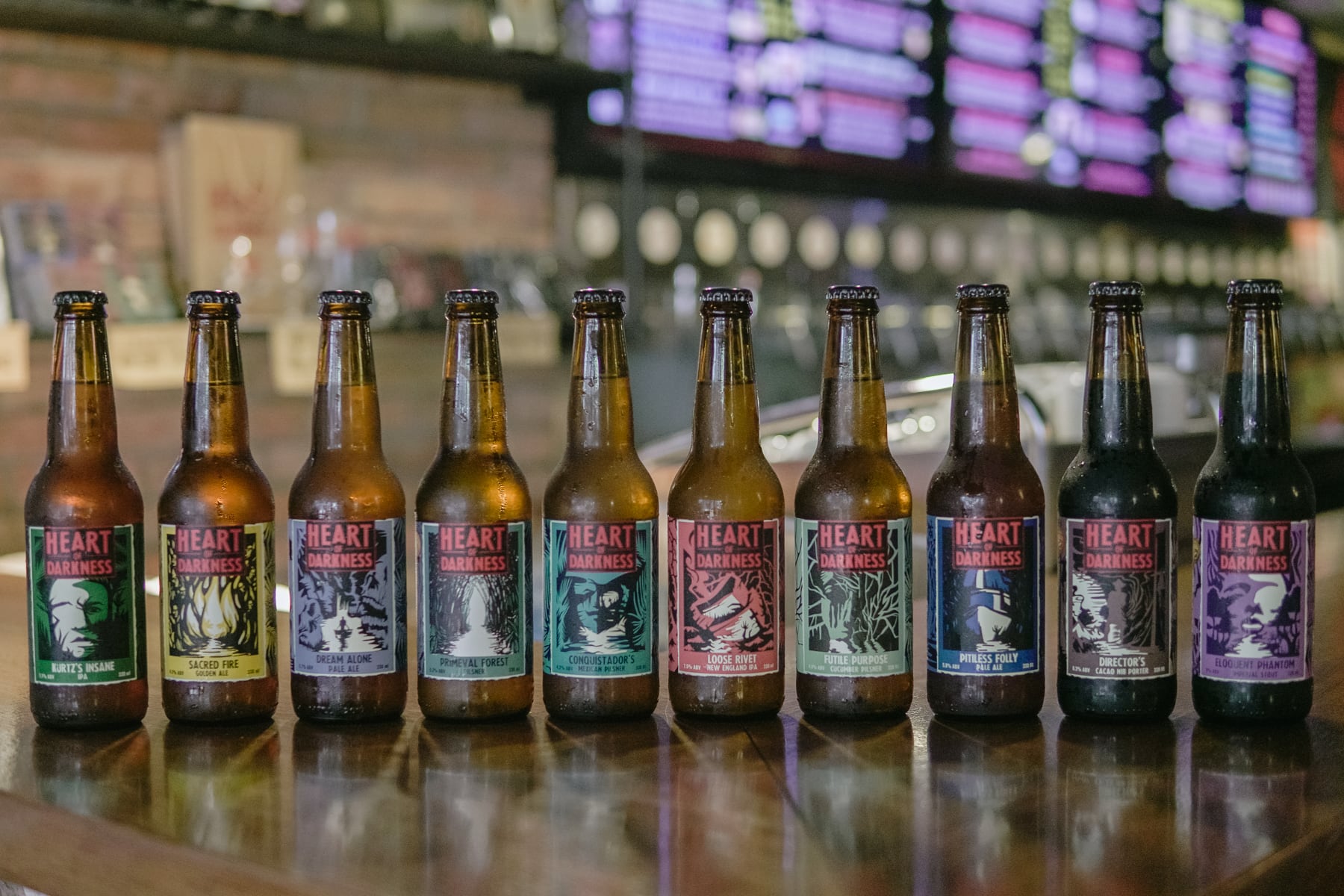 If you want to put your palate to the test and get a genuine taste of what craft beer in Ho Chi Minh City is all about keep an eye on Heart Of Darkness Brewery’s innovative releases, particularly their Charlie’s Chocolate Chipotle Stout.

Brewed with smoked chilis and potent chocolate this full-bodied black beauty is as rich in flavor and body as they come. There is a mild hint of smoke, chili spice, and fruit on the nose.

The taste profile unravels in three waves beginning with a punch of chocolate followed by smokiness which is brought to a halt by a spicy lingering heat.