Come March, the world will see what Vietnam has to offer with the release of The Essence of Asia. 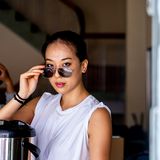 Without a doubt, the global dining scene has never seen a more energized era. The sheer vibrancy of new ideas and technologies make for an increasingly productive timeline of positive innovation, inspiring both chefs and the adventurers who pursue their creations. Gaining momentum, the world continues to move at a breathtaking pace, with major innovations now happening within generations, rather than at the end. Every day brings new ways to cook, plate and serve food, and more and more, no distance is too far to travel for people who wish to discover these inspired creations. There truly is no better time to explore food than now.

Quickly becoming part of this global movement, Vietnam is now more than ever receiving this tremendous potential energy. From the numerous uniquely regional dishes that have found their way to international restaurants, to the fresh ideas pouring in and enriching the already vivid culinary traditions, the most recent years have seen exciting diversity in new openings. Everywhere is the rise of chef-driven restaurants, places dedicated to exploring new ingredients and taking them further, and most commonly, discovering delightful taste experiences that still balance fusion with original integrity.

With the forces driving a quick-evolving F&B scene in Vietnam, every day in the present already shows a confident view into a brighter future for gastronomy.

Started in 2002, the World’s 50 Best Restaurants strives to illustrate the rich diversity of the global culinary landscape, no doubt a never-ending yet fulfilling task. Curated by a panel of over 1,000 professionals from many areas of the F&B industry, the annual list depicts destinations around the world with unique culinary experiences. Not only showcasing truly one-of-a-kind places, the list also highlights innovations and special accomplishments made by individuals for the culinary community at large.

Unlike critic reviews or simply another list, the World’s 50 Best Restaurant celebrates the diversity of world cuisines. Initiatives include live conferences and demonstrations, events that display the unique strengths of each region’s cuisine. To further cover and highlight these strengths, there are more categories aside from the World list: the Asia’s 50 Best Restaurants and Latin America’s 50 Best Restaurants. Through various digital channels, the brand reaches over two million food lovers in the global community.

In Southeast Asia, countries such as Thailand, Singapore, Malaysia, and Indonesia have received prominent recognition for Asia’s 50 Best list, with some even featuring in the World list.

Of particular interest: The all-new essence of Asia

The ninth edition of Asia's 50 Best Restaurants, to be held on Thursday, 25th March, will introduce the all-new Essence of Asia. Given the devastating impact of the Covid-19 pandemic on the region’s restaurants, this initiative will celebrate the positive impact of innovation and resilience in the face of adversity.

Indeed, not all heroes wear capes: the Essence of Asia aims to recognize casual establishments, ones that have been consistently impactful in preserving culinary traditions and linking together the community. Beyond the goal of showcasing the world’s greatest restaurants and talents, the 50 Best brand uses their influence to support the recovery of the hospitality sector by curating this unranked collection. Not only an opportunity to highlight community efforts, the Essence of Asia will initiate greater inclusivity and appreciation of humble posts, though never any less interesting than the white-tablecloth establishment.

Vietnam’s street eats and sidewalk dining has already gained world recognition, covered by the renowned Anthony Bourdain and visited by high-profile leaders such as Barack Obama. Recognition in the Essence of Asia list would kickstart waves of gastro-tourism in Vietnam, and to great advantage. Not only can Vietnam finally convey the local secrets to its diverse cuisine, but the influx of international influence will also spur even more innovation in the current F&B scene.

Over the years, Vietnam has welcomed international fusions into its culinary landscape, while upholding the original spirit of its traditional cuisine. The rich fabric that makes up Vietnamese food is an age-old story of family-run establishments, casual street joints, and humble stalls.

Perhaps more can enjoy the complex and aromatic bun bo Hue, once its highly specific recipe makes its way onto menus and illustrates how the diversity of Vietnamese food varies regionally. The banh mi sandwich, though loved the world over, may finally get its name confirmed on the map. An international flight just to find that one stall selling a sandwich? Highly possible. Come March, the world will see what Vietnam has to offer with the release of The Essence of Asia.