There is a mounting body of scientific evidence suggesting that this fantastic fermented tea can help boost the immune system and even cure diseases. 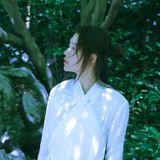 For millennia, kombucha, or the Tea of Immortality, has been prized for its healing properties. Today, there is a mounting body of scientific evidence suggesting that this fantastic fermented tea can help boost the immune system and even cure diseases. An influential player in the global beverage economy, the trendy drink is experiencing a surge of sales.

Kombucha may have been created as recently as 200 years ago or as early as 220 B.C., and Manchuria is the likely place of origin. The name "Kombucha" is reportedly derived from Dr. Kombu, a Korean physician who introduced fermented tea to Japan as a treatment for Emperor Inkyo in 414 AD, and "cha" — meaning "tea" in Korean.

By the end of the 20th century, this functional drink began to draw mainstream popularity.

The next goldmine for the F&B industry

While the US is already an effervescent market for kombucha (a research by Nielsen put it at US $492 million in 2019), Asian countries are only now starting to reclaim the drink, marking the start of a new trend (and a homecoming of sorts). Driven mostly by China and Japan, the Asia Pacific kombucha market was worth US $151 million in 2019, according to Market Data Forecast.

In Vietnam, where kombucha is seen as a rookie with a potential to disrupt the soft drinks market, new entrants are making waves. Among the latest arrivals is Goody Group’s Star Kombucha — the first brand in Vietnam offering FDA-certified fermented tea that meets all US standards. Consumers love its refreshing taste and healing qualities.

What is kombucha made of?

The amount of sugar used while brewing kombucha is quite low; just enough to feed SCOBY, aka the tea fungus, whose job is to break down sugars thus fueling fermentation and producing probiotics.

What are the health benefits kombucha has to offer?

The full spectrum of kombucha’s superpowers is yet to be fully understood. For the majority of consumers, in Vietnam and internationally, the fizzy drink’s main attractions are the unusual taste and a host of benefits associated with improved wellbeing.

What about the sugar amount in Kombucha?

As mentioned, sugar is added to kombucha to feed the yeast and bacteria, aiding in its growth. Without sugar, you have no kombucha. But the amount needed to fuel the fermentation process is quite low, that’s why some people may find the taste of unsweetened kombucha too sour.

Among the different ways to influence kombucha flavor, adding fruit to it is arguably the most popular. Some brewers get creative, while others stick to the tried-and-tested recipes. As a result, consumers get to benefit from a wide range of exciting new flavors.

Although the process of making kombucha at home sounds pretty straightforward, there are many factors that beginners need to consider before dropping their first SCOBY disk into the starter liquid. With so many factors at play — from the environment to fermentation practices — the taste of the final product is often a disappointment. Home-brewed kombucha is also associated with a number of health risks stemming from safety and hygienic violations.

For the best outcomes, consider improving your diet by introducing kombucha from trusted labels.

This English adaptation is edited by L A M.