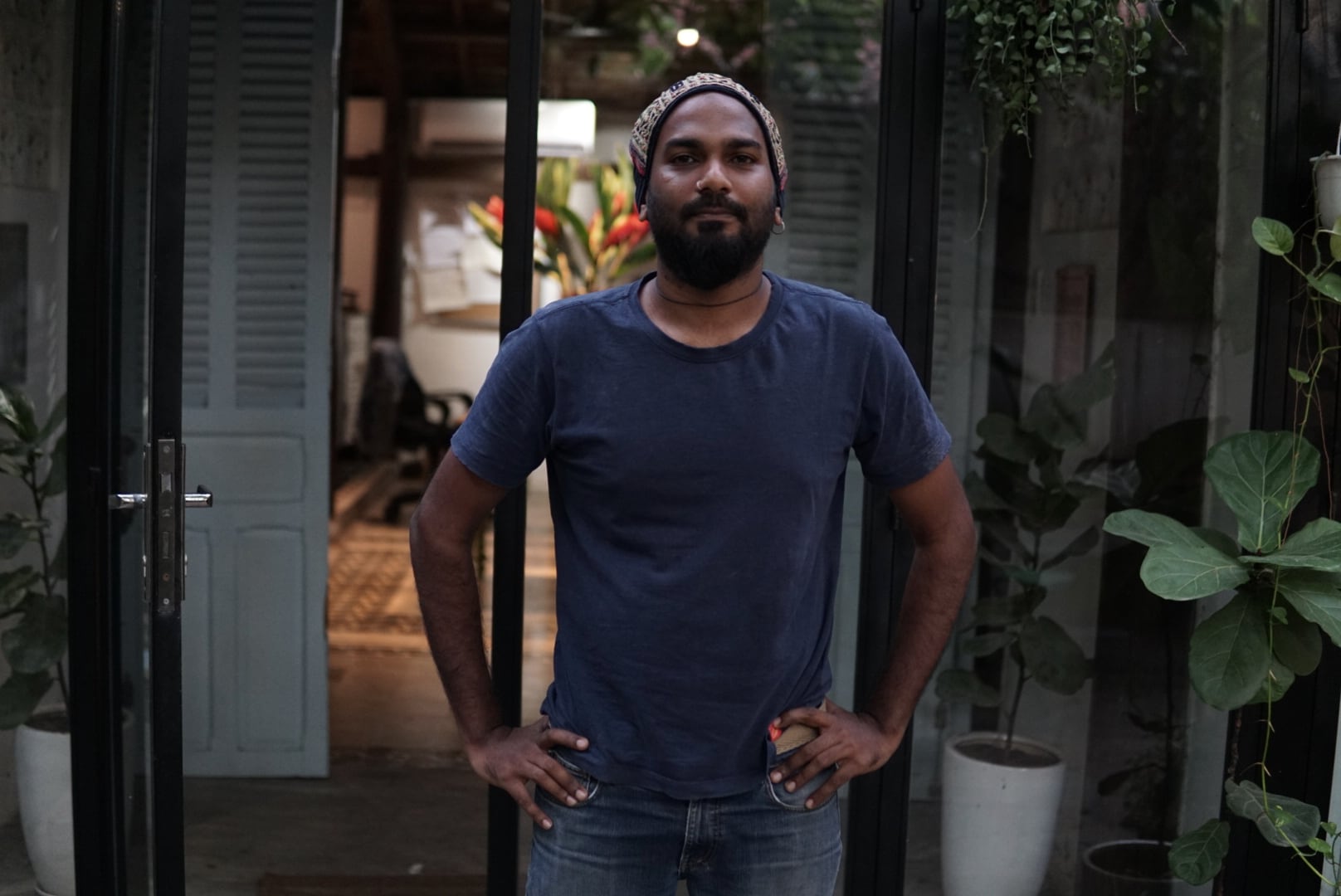 “I would collect anything—keys, butterflies…even rocks,” Kumkum Fernando laughs remembering his childhood. That was long before he joined pioneering Sri Lankan advertising agency Grant McCann Erickson in his hometown of Colombo. After that, around seven years ago, he left McCann to join Lowe Vietnam as their creative director. Then, he co-founded the independent advertising agency, Ki Saigon.

Since starting the company with Indraneel Guha, Ki have twice won the award for best independent advertising agency in Vietnam…even though they were only founded two and a half years ago.

During that period, Ki also became the exclusive agency for Coca-Cola. They designed the soft drink’s Tet 2017 packaging—covering the company’s cans with swallows and prosperous symbols—and they produced a tear-jerking commercial that reunited estranged brothers in time for the holiday season.

Then, later the same year, they dropped out of the deal. “That was our chance of getting really big, and becoming this really big agency… but it wasn’t what we wanted to do,” he tells us in the office of Ki Saigon’s single-floor villa hidden away beside MAD House in District 2.

In the time since, they’ve been pursuing more diverse projects like designing the packaging for Lac Brewing Co.’s “Mango IPA,” and creating more emotive online advertising campaigns like their latest one for Dove, shot by Robin & Cako, that’s out in May.

During all this, Kumkum Fernando has continued to collect. And he’s been assembling the objects—spoons, old watches, cogs, and wheels—into artworks. “Everything starts with a story,” he muses.

In 2014, for example, his “Mr. Bastian The Time Traveller” solo exhibition at the Ho Chi Minh City Museum of Fine Arts told a story gleaned from the journals of his time traveling great-grandfather.

And he also contributed to the “Imaginarium—A Voyage of Big Ideas” group show at the Singapore Art Museum, in 2015. Then there was his “Kiko’s Secrets” show at the same gallery the following year—works that also featured in Saigon Artbook Edition 6 and its show at The Factory Contemporary Arts Center.

“‘Kiko’s Secrets’ was about a boy and a girl falling in love even though they were too young to realize it. They could only tell the story once the moon had passed 20 times around the sun,” Kumkum remembers.

And back in 2014, while still at Lowe, he won a young creatives competition to design a cover for the magazine with one of these assemblages of found objects. Maybe he was telling a story in which a girl uses MAC lipstick for a guy who uses Axe deodorant, and that night they use Durex condoms. Despite that, Kumkum broke from the narrative to become a father in 2015.

Although his artistic output slowed with the birth of his first child, now, with Ki Saigon, he’s launched a project called Reborn Design because, he tells us, “Objects have stories too.”

“Look at this door frame,” he says holding up a piece of wood salvaged from one of Ho Chi Minh City’s recently demolished buildings in Ki Saigon’s workshop. “Just imagine all the people who have walked through it. And this is a part of old Saigon that was just thrown away.”

It’s not only in Ho Chi Minh City where this rapid urbanization is happening, Kumkum admits, “In Sri Lanka, there was this instance about five or six years ago where a house belonging to Geoffrey Bawa—one of the most influential Asian architects famous for Brief Garden in Beruwala—was destroyed. It’s just the pace of change seems faster here.”

Like the objects in his artworks, for Ki Saigon’s new series, called “Toys With History” that’s part of the Reborn Design project, Kumkum Fernando is giving a second life to these “old architectural objects that have been discarded due to urbanization”…by turning doors, chairs, and window frames into toy cars.

“Take this, for example,” he says pointing to the picture of a wooden chair. “Just to know that once upon a time this thing was admired by someone…”

The chair was rescued from the demolished 130-year-old Saigon Tax Trade Center. Its Italian design is around 40 years old, but the top section is Chinese—so somewhere along the line the chair had broken, and someone fixed it. Now Ki Saigon have taken a piece of the Italian frame, affixed wheels to it, and turned it into a car for kids to play with. “If you look at toys today, they’re often super fancy with a fictional story attached that has a commercial purpose. Why not create something that already has a story?” Kumkum Fernando asks.

The Reborn Design project really began when Kumkum visited the Ho Chi Minh City interior design and construction company, Toko Studio. They were aiming to go zero waste but in their large carpentry shop they had lots of pieces of wood left over that they’d salvaged from different buildings which the Sri Lankan saw a use for. For “Notebooks With Stories,” their first series as part of the project, Ki Saigon worked in Toko Studio’s workshop to make “100% handcrafted notebooks” from the wood. Consumer goods company Unilever Vietnam liked the idea so much they bought the whole series as Tet gifts for their staff.

This time, for “Toys With History,” Ki Saigon are making everything in their own small workshop (although they do plan to reluctantly move out soon to larger premises a few streets over).

“Why cars?” Kumkum asks. “We liked the idea of giving these abandoned objects mobility again. And the way we make them, we don’t need to have four wheels—we can have any number of them because they can move independently and don’t need to attach to the wheel on the other side. And each car comes with a picture of the original object it was made from and a description of its history that we have researched.”

The toy cars are first modeled in 3D—to ensure the wheels touch the ground in the precisely the right places—and then handcrafted. “Our goal is also to bring these toys into the classroom to inspire children,” Kumkum smiles. However, he confesses that, for now, adults have been much more fascinated than children by these toy vehicles. You can take a look for yourself at Green Around The Corner, Label Concept Store, and some other locations in Ho Chi Minh City.

”And I have a dude who sells me old watches wholesale. I recently bought three thousand of them to take apart and make stuff from…” he nods contentedly about his other new series, “Time is a fungus,” before going off to his next meeting.