Making The Artwork For Suboi’s 2.7 EP

Making The Artwork For Suboi’s 2.7 EP 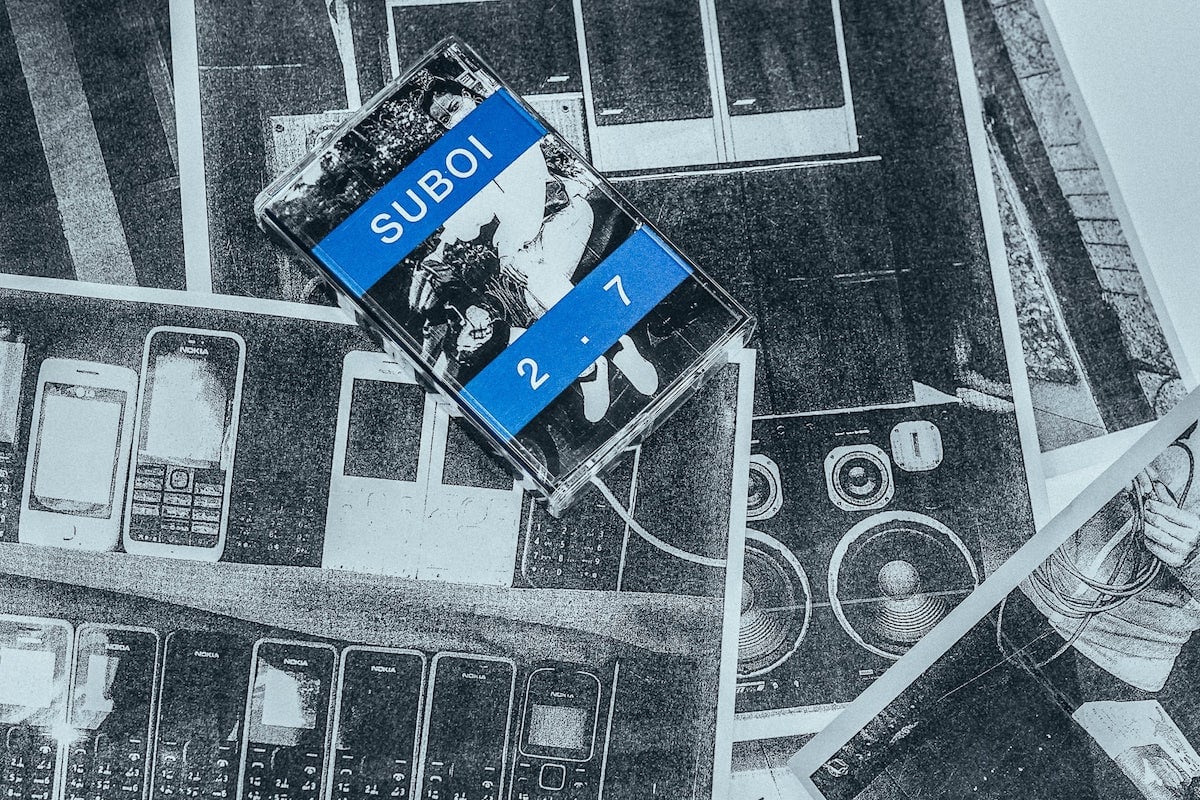 “This is the kind of project that inspires people to become designers,” Greg Jewett, Rice’s Creative Director, smiles. He’s talking about making the artwork for Suboi’s 2.7 EP, a cathartic coming-of-age record from the “Queen of Vietnamese hip hop.” The finished cover is a strange, beguiling image most likely unnoticed by listeners streaming the three songs—the first by a Vietnamese artist on Apple Music. 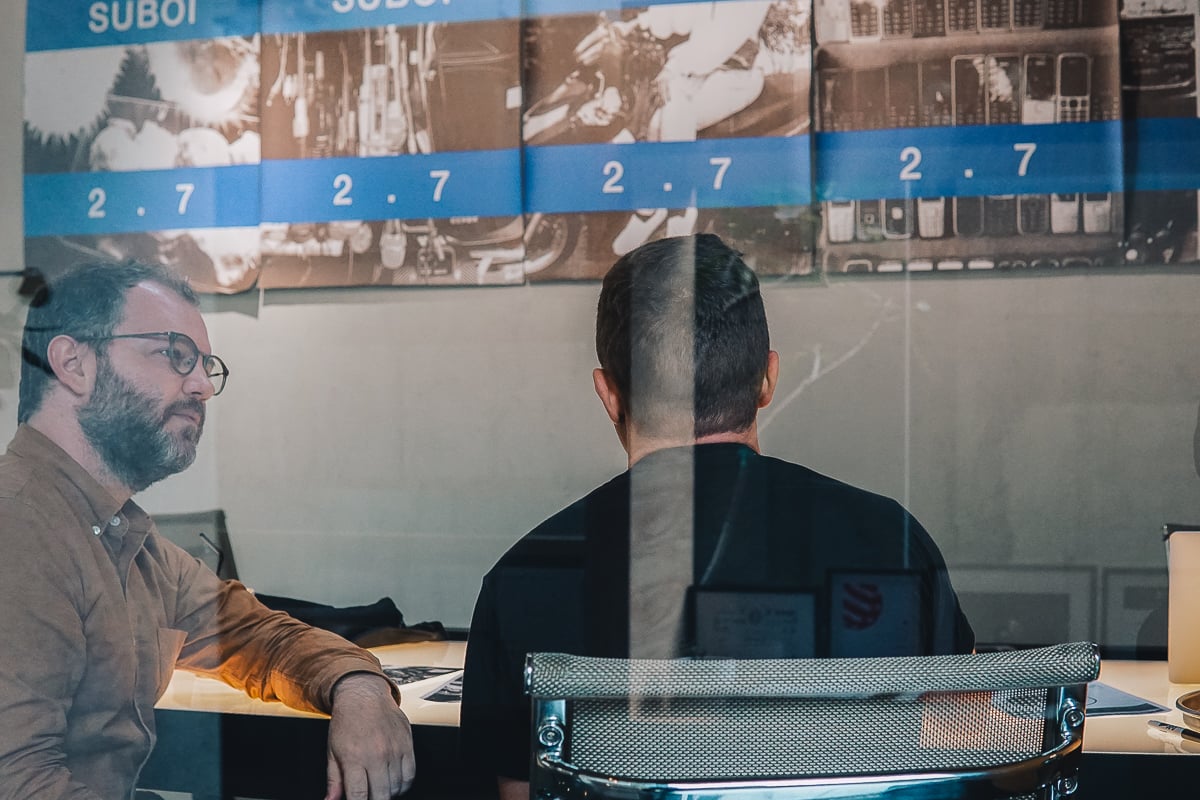 “We told Rice there are no boundaries, be as creative as possible,” Kiwi Phan, Suboi’s Manager, remembers about their design brief. The multi-project relationship between Rice and the rapper began with her second album, “Run.” The branding and creative studio’s founders, Chi-An and Joshua Breidenbach, designed the artwork for that release. This time they passed responsibilities to Greg and their Design Director, Mark Bain. “If anyone was going to take this project on, we’d want it to be us,” Mark nods. “But there was a limited budget for this, so the one constraint we did impose was that there wouldn’t be a photo shoot,” Kiwi adds. 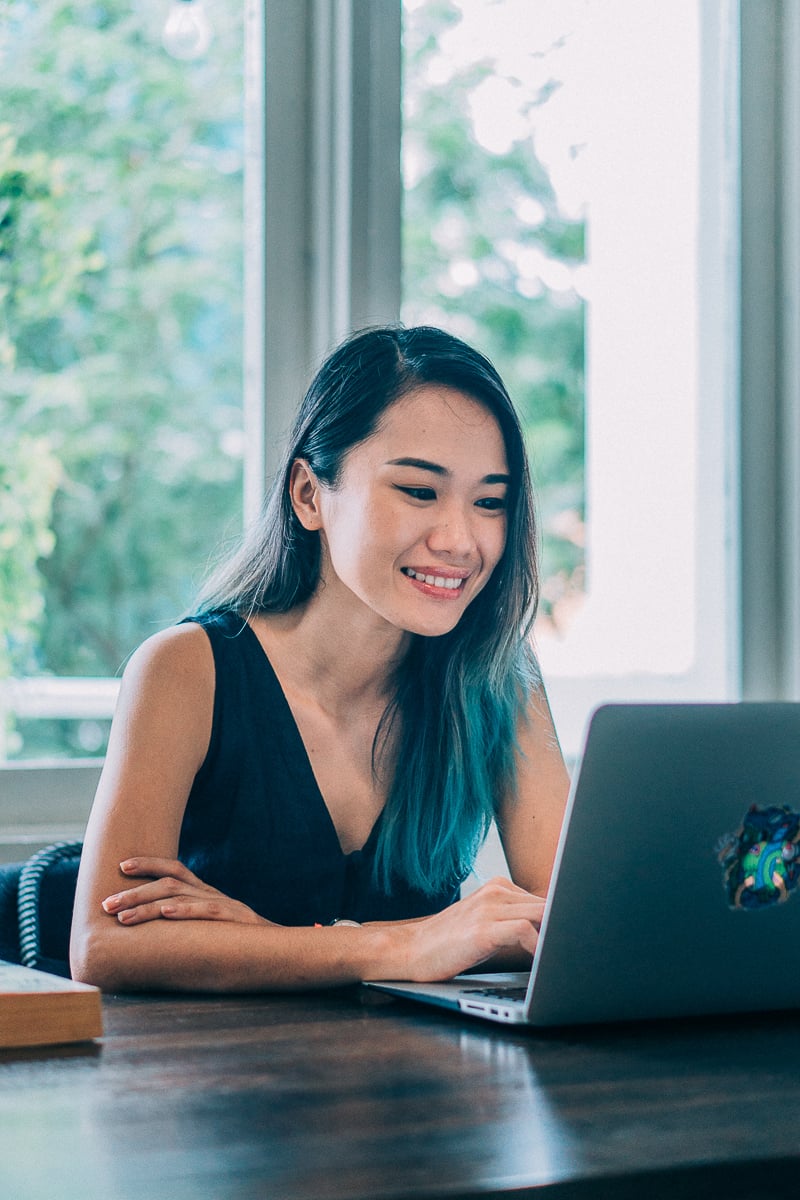 “This EP represents realness—Suboi is being real. It’s not staged or art directed, it’s natural. That became our core concept. In the artwork, we wanted to show a different side of the artist, just like her music is doing on this recording,” Greg says. “Vietnam is a young market for hip-hop and most producers focus on styles like trap, but in Suboi’s mind she wanted to take a different direction. People were expecting something more like her previous track “Đời.” But the roots of hip hop lay in jazz, so we’re not just making music but trying to help educate people,” Kiwi explains.

In 2.7’s cover image, Suboi poses cross-legged on a parked motorbike. She’s also wearing a mask. It’s disarmingly authentic—this really was Su posing outside during a visit to see family—but also staged. “She’s posing, but she’s making fun of posing,” Greg says. It symbolizes a maturing and a slow retreat behind her name for Suboi. “Su’s been in the public eye for a while now. Her journey’s been up and down—actually it’s more like a zig-zag. For the next chapter, she wants to do something more meaningful. She doesn’t want to have her face everywhere anymore. We want people to hear her name and feel inspired, and so the question was: how do we mastermind that step back?” Kiwi explains. 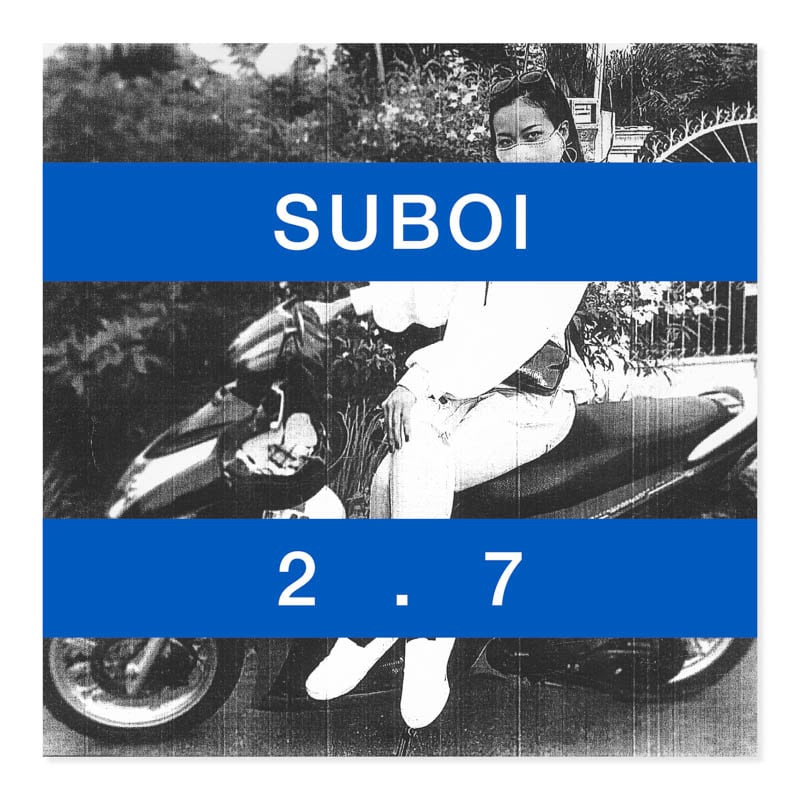 Rice-Creative found the main image they chose to use in Suboi’s Instagram feed. “We were looking for real-life images trying to find her in her zone. We found this picture but we wanted to make it a bit rawer, realer, more analog, to fit the jazz elements of the music,” Mark says. For the EP’s three songs, Suboi set lyrics from “Run” to music played by the Norwegian multi-instrumentalist Mino and his backing musicians. “As soon as I saw them play the songs together at Yoko in February last year, I knew there was chemistry,” Kiwi remembers. “We had to record these tracks.”

“So we took that image and made it black and white, and we printed it out. Then we went down the street to a photocopy shop and we ran it through the machine to give us this kind of raw image. When you print it out big, billboard size, the graininess almost looks like video. That’s something we thought about from the beginning. If you were walking down the street, it would catch your eye immediately.” Mark explains. “The copy shop only had one of the kinds of machine we were looking for, which is an older model that uses toner and not ink—to give it that grain,” Greg adds. 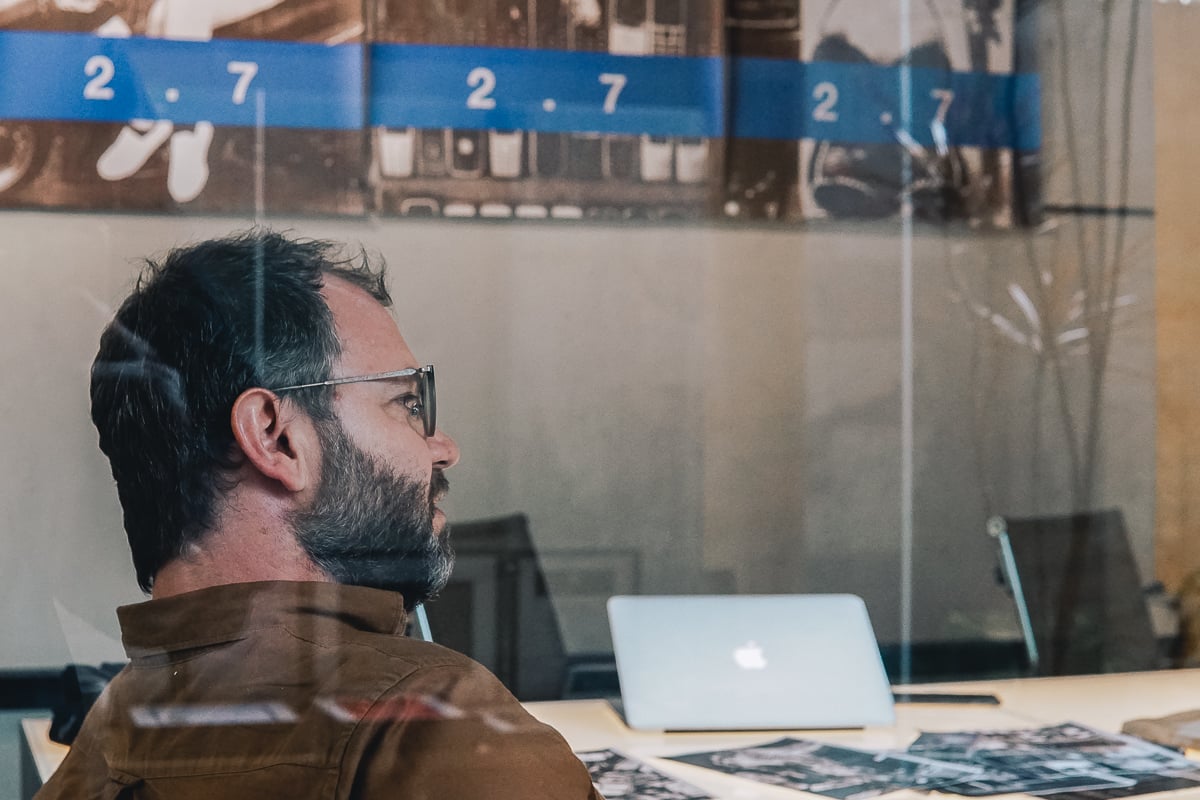 Two blue bars slash across the finished cover. One bears the rapper’s name, the other the EP’s title, 2.7. It represents Suboi’s age—she was 27 when the songs were recorded—and the year, 2017. “On the surface, it’s a straightforward image, but there’s a lot going on here. The artwork is a callback to darker jazz records whose covers usually feature an image of the artist, maybe the city, with key colors like this blue. The simple typeface is almost Brutalist. Depending on where you’re from, this image might appear to be really normal, or really strange. It communicates two different things,” Greg explains. “If you were somewhere in the States, and you saw this image you’d be like, ‘What the fuck is it?’” Mark laughs.

They began to source more images following the same concept. “We developed this range of pictures that have the same kind of snapshot style. They almost feel like they’ve been pulled through time,” Mark continues. To source them, Rice-Creative dipped into Suboi’s Insta again and found images of durian and a birthday cake. “But we wanted even more, so we went around the city looking to take photos related in some way to hip-hop iconography—technology, microphones, and speaker boxes. They communicate something about hip-hop culture, but also something about Saigon. Both jazz and hip-hop have this urban quality, in which where you come from is very important. You sort of represent your city,” Mark says. 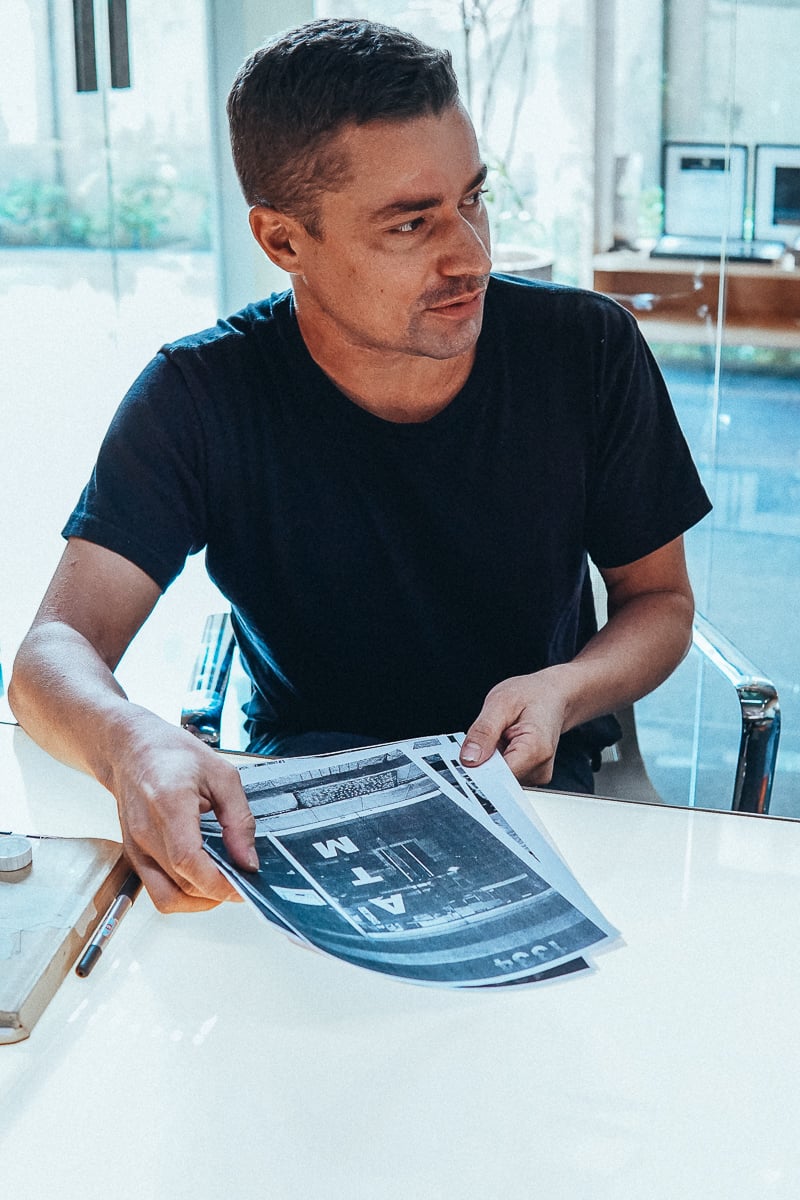 That aligns with Suboi’s team’s vision of what locally-grown hip-hop should be. “We have to respect hip-hop to ensure we’re not appropriating the culture. We’re not trying to copy—Su is telling her stories. I’ve been a fan for a long time, without always understanding all the lyrics. In one song, there might be 50 stories there. It’s art. It’s not just rap songs, ” Kiwi says.

Suboi’s 2.7 EP featuring Mino and the Band finally came out in October last year with Rice-Creative’s artwork. “I don’t know if this is what Suboi’s team expected. Everything we present is very thoughtful. There’s a massive process we undertake before we present work. When you explain it like that it’s actually not that challenging to get people on board,” Greg concludes. “And how do I feel about it? I love it,” Kiwi nods.