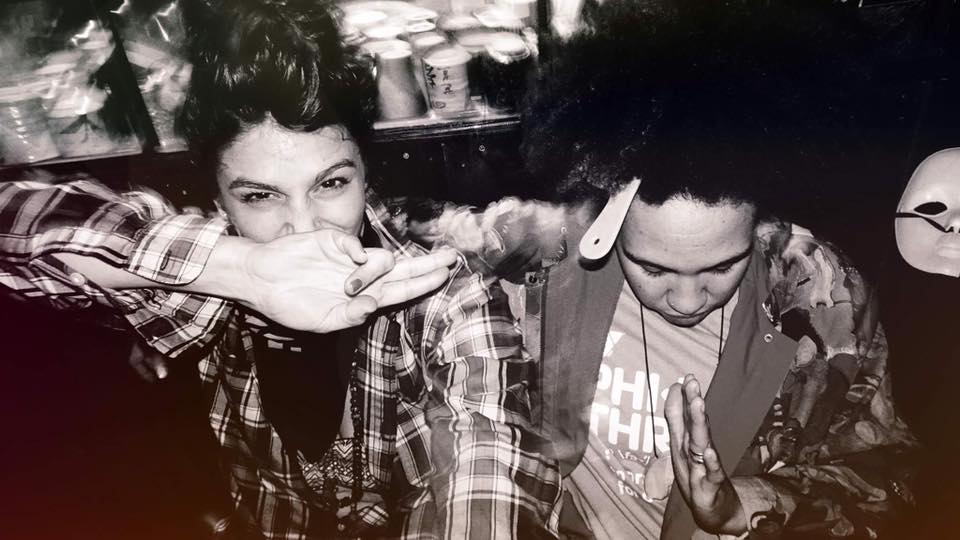 I wanted to interview Adrienne Mack-Davis and Cathleen Angelo (feleciacruz), the two women who make up New Fame, because on every occasion I caught one of their shows I was amazed not only by the quality of music but by how their synergy as a duo captivated an audience of any size. Their blend of reggae, hip-hop, trap, freestyle rapping and soul is unique in Ho Chi Minh City but in New York I would be just as struck by them. So I was curious about how they ended up in Ho Chi Minh City and why they stayed. It turned out there’s a lot more to their story than putting on a good show.

Both trained in music, feleciacruz in audio engineering/production and Adrienne Mack-Davis in classical singing, the duo left Brooklyn four years ago and hit the road to pursue careers as full-time musicians. As of 2017, they’ve done almost 900 shows across seven countries in countless cities. As any artist knows, or anyone who’s tried to carve an independent path that aligns with your vision and values, it’s never straightforward or easy.

From the start, New Fame was committed to not just entertain, but also empower people through creativity and the arts. Fighting for Futures, the organization they run in tandem to their busy schedule as performers, works with kids, particularly those at risk of human trafficking, through live performances and interactive arts projects while fundraising for established organizations that protect and nurture these kids. Even while they were touring, living hand-to-mouth, New Fame never wavered in their mission to both “entertain and inspire” everywhere they went.

In our interview we discussed everything from their high-energy performance style to what it takes to be an artist today, and how supporting underserved communities keeps them sane in the music business.

How did this journey that ended up in Ho Chi Minh City start?

feleciacruz: The first tour we got on was the Van’s Warp tour. And the we got on it again the next year but before that we wanted to go Mexico and Guatemala and do some service work. We played a few shows, nothing major just practicing on the streets and then when we got back we said there’s no way we can just stay home, we’ve been touring, so we just got a shitty car and left. So for four years we’ve been on the road: the States, Cambodia, Vietnam, Thailand, Malaysia, Nepal, India, Guatemala and Mexico.

And now we’re here. We came back here for our second tour last December, and then we were supposed to go back in March for SXSW and continue touring but everything was working out really well here, opportunities were flowing so we just stayed. We just pretty much put everything on the line for music and lived off selling CDs and doing shows, and then we just stayed here since December of last year. 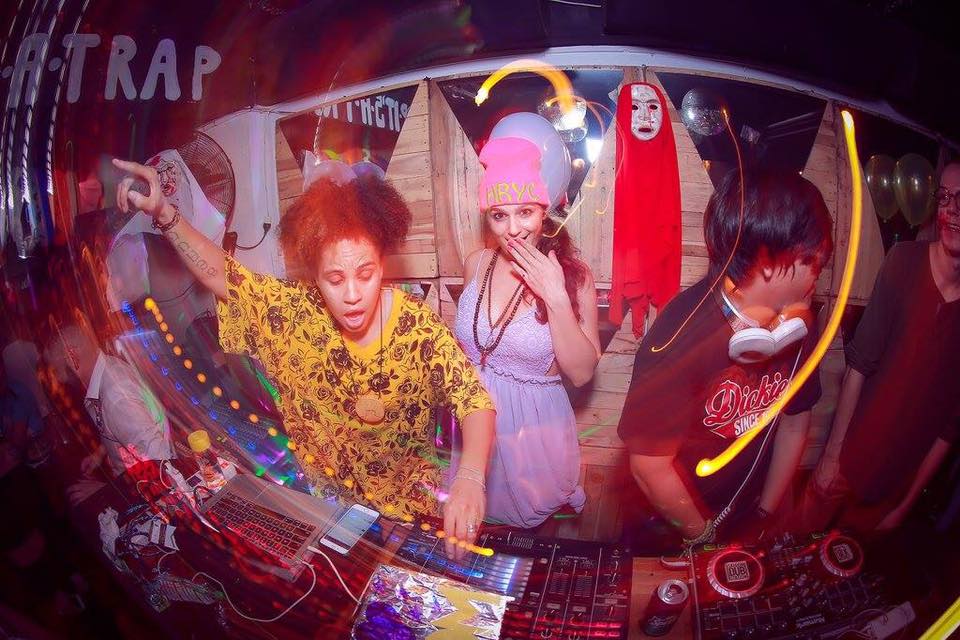 How did you two come together around both service and music?

Adrienne Mack-Davis: I really love doing service and I love doing music so running into her through a mutual friend was great because she likes doing service and doing music her way, too. Especially through Fighting for Futures, it really allowed me to find where I fit in. It’s not just a bunch of paperwork and curriculum, it can be about who I am, too, and just hanging out and having a conversation with a kid.

feleciacruz: I started Fighting for Futures in 2009, it was totally grassroots, I was mostly funding it myself or from throwing shows in the community. Any NGOs that wanted us to participate from anti-human trafficking to self defense and songwriting, basically putting ourselves in a position to use whatever gifts we have to empower someone that’s little, specifically girls, because a lot of girls don’t realize that there are ladies out here, you know, doing the music that we are without misogynistic situations occurring. For a school or a nonprofit we’ll go in and sing for an assembly and we don’t charge for things like that, if you have a budget, great, if you don’t, we’ll be right there for the kids regardless.

At the beginning you were living out of a van while you toured. Now you just signed two major deals, for a record and a tour, do you feel like you’ve “made it”? And what does making it mean to you as an artist?

feliciacruz: When I was younger I used to think about it as such a finite thing, like one thing happens you’ve made it, that was before I actually knew about what the process entailed. Now I think that making it to me is an understanding that, as long as you keep going for what you truly believe in, as cliche as it sounds, that it will work out. With anything that you do. Whatever I’m doing next, if I’m putting my all into it, even if four people show up, I’m making it. The artistry that we’re pushing for together is something that’s attainable, I don’t want you look at me and think “no way I could do that,” I want you to feel empowered by what I’m capable of doing.

Adrienne Mack-Davis: Also being able to take the risk to do things. Just having a platform is a huge privilege, bringing the idea to fruition, making it happen, that’s huge for any person. And that’s what’s new about this, too, it’s really a grassroots thing, it’s not about us wanting to be a Bieber or wanting to have numbers in the billions, I don’t necessarily care about that, I care about getting the message out. Let’s use this power and this attention to try to wake some people up to the real things that matter. I think that has to grow on a small level, I don’t think you can impact people the way that we do starting from big shows. 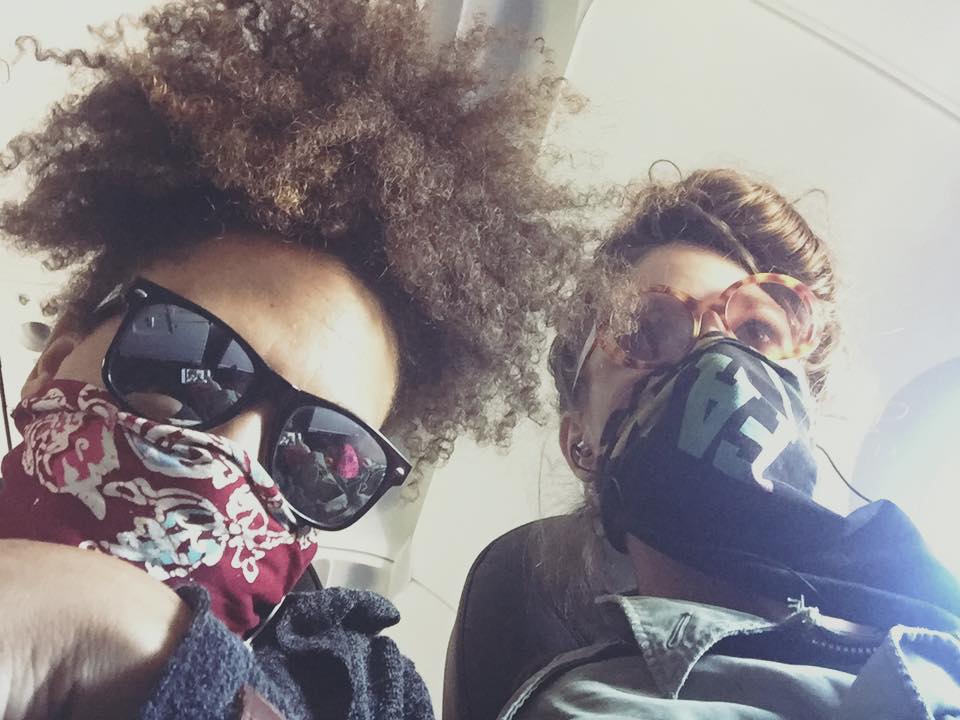 You mentioned that you’ve turned down offers over the years that might have made your lives easier but didn’t quite fit. How did you stay committed?

Adrienne Mack-Davis: We’ve had our moments. But we’ve had each other too. And we’ve said: if you put it in context, I’m living my dream, maybe not exactly how I thought it would be but I’m free, this is on my terms, I made my choice to be here. Because no it hasn’t been back-to-back shows all the time, we started with six shows and then it trickled in.

feleciacruz: As long as you keep momentum that’s the most important thing, momentum and attitude.

feleciacruz: We’re working with Piu Piu records right now, and with Saigon Dubstation, we have an Asia tour coming up in February and then we’re touring in the States and then coming back here.

(See where you can catch New Fame here.)

Who should I speak with next?

Morgan. He’s the owner of Indika and Saigon Dubstation. He’s dope and deserves words about him!