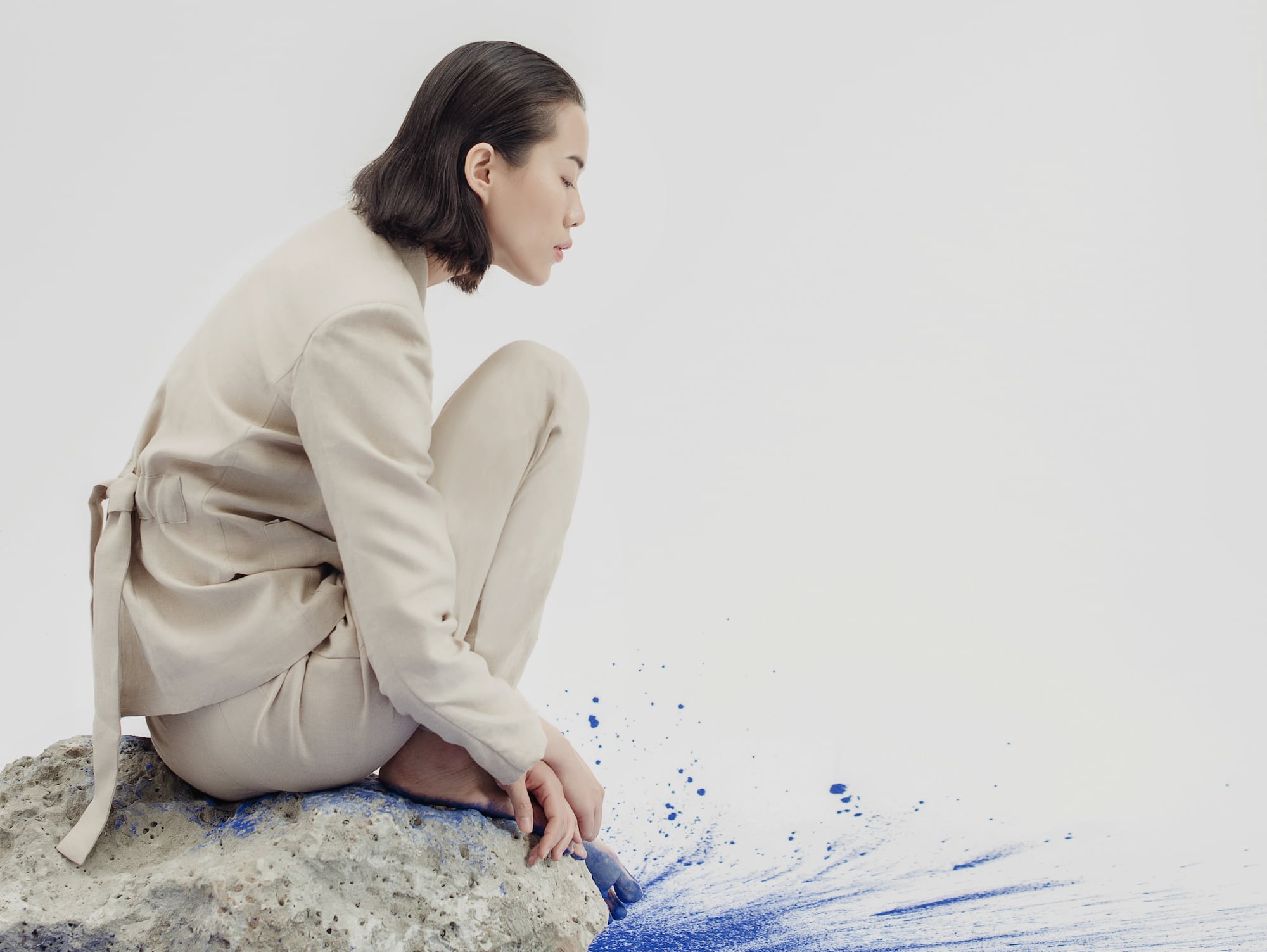 It has been almost three years since we first talked to Nancy Le about Nosbyn, which was just two years old at the time. Recently, both the Nosbyn team and Nancy are in the final stages of their latest collection. The collection is titled Nosbyn Studio, and marks the five year anniversary of the brand.

About five years ago, the fashion market in Saigon did not have many choices. Cheap, imported clothing ran rampant, clothing from foreign brands had high prices, and long-standing domestic brands did not feel the pressure to change.

Enter Nancy, founder of Nosbyn and a recent college graduate who had just returned to Vietnam. The brand fulfilled her need for simplicity, flexibility, and sophistication. Born from this desire, Nosbyn created a brand that aligned with not only her interests but that of young girls. Nosbyn’s monochrome crop-top, for instance, became a “staple item” in every girl’s closet. Even now, this item is occasionally restocked and remains on display in the store.

The previously dormant domestic fashion market became vibrant and full of fierce competition. Other local brands followed in Nosbyn’s footsteps. Within the current lifetime of the company, there have been countless trends in the market. Many brands had succeeded despite these changes but a number of them have faded. According to Nancy, “Currently, there are many excellent brands, such as Floralpunk, Wephobia, Subtle & Simple (now Subtle Studio), etc. They know the nature of their brand well, and know what they are doing.”

“From a different angle, I feel like we [domestic brands] are developing too quickly, leading up to unnecessary risks and mistakes after selling online, you feel that you are not competitive enough, so you race to find a place to open the store. Space for rent is already scarce and rental prices have become unreasonably expensive.”

“Even when you rent a nice site with a high cost, what you have left is running sales to cover those costs; by designing what customers want to buy, launching a new collection every month, and just trying to sell as much as possible […] that hustle cycle makes it easy to lose the direction of your brand,” Nancy said.

“If I could go back in time, I wouldn’t open the store (laugh). At that time, the focus was only on the designs that we really loved, as well as building the image, story, and lifestyle that revolved around those designs. So it is time for Nosbyn to change. Hopefully, with Nosbyn Studio, we can do these things better,” she said, “The girls who followed Nosbyn from those early days are now more mature; they need a change in style, like I do. ”

“I have three words to describe the women of Nosbyn Studio: modern, confident, and feminine,” Nancy said. These three adjectives speak a lot to the lifestyle of a grown woman. Because the woman is modern and open-minded, she will not shy away from changes. Because of the confidence she has in herself, she does not need to go out of her way to show off. Most importantly, she is aware that she is a woman, who always has a certain degree of femininity, even when pursuing a very personal style.

Nosbyn Studio, is somewhat different from Nosbyn due to this new image of a “mature” woman.

“Before, I loved simplicity. Now, I need something more contemporary,” Nancy said. “Nosbyn’s clothes used to be just set clothing, very simple and dynamic. But with Nosbyn Studio, there will be a lot of dresses, vests, suits […] all of which are more contemporary, with a bit of a bohemian, nomadic style in earthy, neutral color palettes. The Japanese linen and cotton, as well as accessories, will be imported from abroad. In particular, the brand-signature crop-top shirt will be remodeled to match the image that Nosbyn Studio aims for.”

“Rather than launching once a month like before, Nosbyn Studio will release up to 5 collections every year. Each collection will have about 45 designs, all of which can be flexibly mix-matched to create different outfits. All the designs are produced in limited quantities and will not be remanufactured to avoid inventory and material waste,” said Nancy. “As for the extra fabric, we will use it to make gift bags”

Not just fashion, but a whole lifestyle

Nancy finds consistency being a challenge with the new collection.

“Rather than simply displaying a product, I want our female clients to see their lifestyles in every image we introduce. It will take a lot of time to be able to do this, ” she said.

Nancy credits many people in helping to bring her vision of the brand to life.

“All the photos, outfit mix-matching styles, accessories and makeup styles, […] will be taken care of by Vic Lee (art director, founder of Adict.). In the upcoming launch date, Nosbyn Studio will collaborate with Vu Hoang Anh (product designer) to perform a small installation session. Hoang Anh advised the concept and layout for Nosbyn Studio’s store at 77 Mac Thi Buoi. I myself am excited because I don’t know what he has in mind for the installation […]” Nancy said.

She smiles, winding up our conversation.