On The Seas With Vince Nguyen: Opening Cafes In 2D | Vietcetera

On The Seas With Vince Nguyen: Opening Cafes In 2D

Vince Nguyen's salt-of-the-earth demeanor is what makes him a successful entrepreneur and a force in the Việt Kiều community. 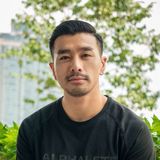 In our “On The Seas” series, we catch up with Overseas Vietnamese, or Việt Kiều, whose roots are connected to their current country of residence and whose identities and perspectives were shaped by the country they came from.

Vince Nguyen is the epitome of Canadian character, in all the best ways. His salt-of-the-earth demeanor and natural ability to connect with people are the traits that make him both a successful serial entrepreneur and a force to be reckoned with in the Việt Kiều community.

For someone who doesn’t drink coffee, it’s ironic that he should go on to open up a 2D coffee shop in the middle of a pandemic in a city where one can find an excellent cup of robusta on every corner. With the cards stacked against him, Vince once again decided to make a bold move and not wait for others to blaze the trail.

What was life like for Vietnamese-Canadians in Toronto? How did your experiences lead you to become the person you are today?

Like most overseas Vietnamese, our parents left Vietnam during the war with very little money and no grasp of the language of their adoptive country. Growing up in a big city like Toronto in the 90s, you’d think to find a multicultural metropolis but in fact there was a considerable amount of racism. Racial fights at school were a daily occurrence. Thankfully, over time the city embraced diversity, and today it’s proudly the most multicultural city in the world (half the population was born outside of Canada).

After high school, I studied Hotel and Food Management, Audio Production and Engineering, and finally Commercial Music in Glasgow, Scotland. While in the UK, I traveled extensively, meeting many fascinating people from all over Europe.

It’s their stories that later inspired me to start hosting dance music events in Toronto attended by thousands of people and headlined by famous international acts such as W&W, Sasha, Aly & Fila, and Dash Berlin.

At 2D Cafe in Saigon, my two passions (hospitality and music) come together in a homage to my nightclub background: from music to ambiance to the disco-themed bathroom.

What brought you to Vietnam? What was your plan coming here?

In 2018, a friend and I were planning a trip to Asia. I wasn’t too keen on Vietnam because my last and only visit was back in 2001 when I was a teenager that just wanted to play video games and hang out with friends. During that time, Vietnam was still an underserved and developing country, so I was not impressed.

When I came back after 17 years, I was taken aback by how much the city and country had changed: it was night and day. The city had more life, the people seemed happier and more optimistic and there were high-rises everywhere.

I was only in Vietnam for five short days, but it left a lasting impression that made me want to come back for a longer visit. When I got back to Canada, all I could think about was how I could go back to Vietnam. I had a good job that I enjoyed but was willing to trade all that for the uncertainty of an adventure. A new chapter in my life where I can learn about my culture, my family’s history, and my roots.

How did you get the inspiration to create a 2D concept cafe?

Once, while traveling around Poland and Sweden, I stumbled on this restaurant (I can’t recall if it was in Warsaw or Krakow) with a cartoon/black and white concept that I thought was very intriguing. I later learned that Japan, Taiwan, and Korea had similar shops too, so I figured Vietnam could also use a place like this where friends and family can come in to enjoy a unique experience.

You and your business partner have a pretty cool story, tell us more about how you two met. Why do you work well together?

On my trip to Asia in 2018, I used Tinder to find locals that could give us recommendations for restaurants and bars. My (now) business partner and I met on Tinder and went out for lunch the day before I left for Bangkok and kept in touch.

When the pandemic hit, we saw that there were several shops closing up and everyone was getting scared. One of my favorite quotes by Warren Buffet [an American investor and business tycoon] is “be fearful when others are greedy, and greedy when others are fearful,” so we saw an opportunity to open up a business despite what everyone was advising.

We work well together because we complement each other's strengths and weaknesses. My background is in business and hospitality, so I know how to provide a high-quality customer experience. My Vietnamese isn’t so good, while my partner is local so she knows how things work in Vietnam. The biggest difficulties for me are signing paperwork, networking, finding contractors, interviewing, and training staff, which my partner is naturally very good at.

What’s next for you?

Currently, we are working on franchising 2D Cafe. We’ve had requests from people all over Vietnam (and even one from Peru), to open in the North and Central region, which is incredibly humbling.

2D Cafe also catered an event at a well-known international jewelry store recently, which left a good impression on them, so we are hoping to work with them again in the future. Finally, we are also in the middle of opening a sports bar/gastropub in Sun Avenue, District 2 which should hopefully be ready to welcome first customers by early January.