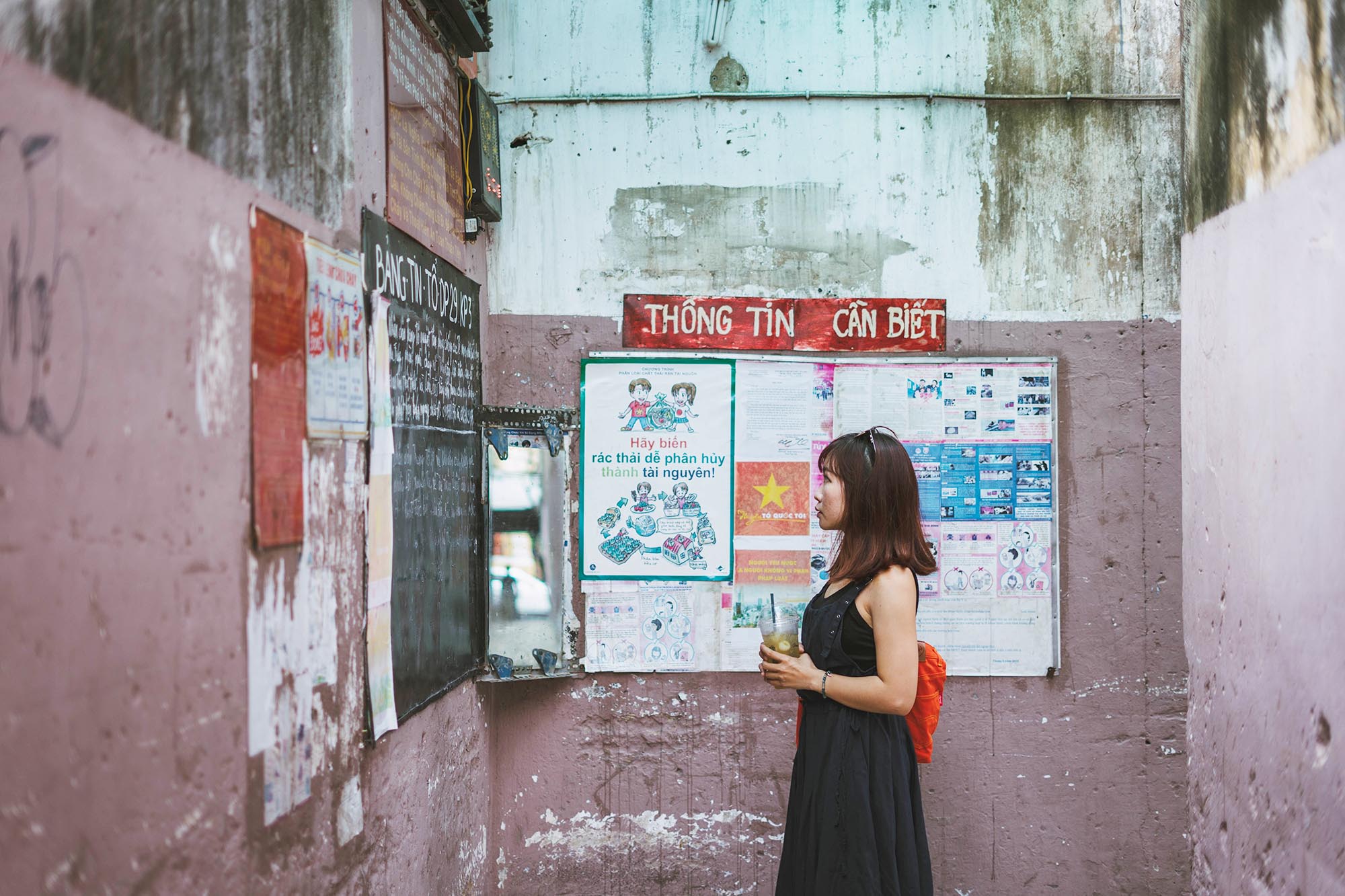 Etiquette is an important social behavior for any traveler visiting a new country. Vietnam is no exception. These rules can make or break a travel destination as certain, unthoughtful actions may trigger unwanted reactions from locals. To help you enjoy your visit to Vietnam, Vietcetera notes five etiquette rules for visitors to keep in mind.

While globalization heavily influences fashion in Vietnam, everyone is still expected to dress appropriately in sacred and formal places. Yes, a lot of locals wear shorts and tanks tops in all major cities in Vietnam. It is impossible to move away from these clothing items in the country’s scorching heat. However, sacred places, such as pagodas and temples, require visitors to dress appropriately. A few examples include the Jade Emperor Pagoda in Saigon and Ho Chi Minh Mausoleum in Hanoi.

Clothing pieces should cover your shoulders and legs to show respect and proper etiquette. Clothes that show your shoulders and legs are often associated with more casual places like bars and clubs. Since many pagodas are places of worship and houses for monks, many people believe that revealing clothes insinuates a lack of respect for both worshippers and the monks. Although some places might not be vocal about your attire, you will definitely receive some unpleasant looks from a few locals.

Don’t play with your eating utensils

Chopsticks are a staple when eating Vietnamese meals. Whether it’s breakfast, lunch, or dinner time, you’ll find that chopsticks are frequently used. For those unfamiliar with chopsticks, it can be a journey to familiarize yourself with this eating utensil. However, it’s important to keep in mind some chopstick etiquettes.

Firstly, like many other Asian countries, it’s extremely inappropriate to stick your chopsticks upright in a bowl of rice. The Vietnamese believe that the image represents the offerings that they have to show respect for the deceased. In this image, the chopsticks are similar to the incense sticks that people put in rice bowls during a wake or funeral. In addition, you shouldn’t bang your chopsticks against bowls and dishes. For many adults and elders, it’s not proper manners to do this at the table. Banging your chopsticks against the bowls will bring bad luck and poverty as it imitates the action that beggars often did in the past.

Local shops and family-owned business in Vietnam are often run with traditions and beliefs. Traditions such as offerings to the god of fortune can help a business prosper or simply help the owner run their business. Among these ideas is the belief that the first customer can make or break the sales for that day. If you’re planning to go shopping in the morning, it’s important to keep this etiquette in mind. Merely window shopping affects the mindset of the owners and their beliefs. Thus, it is often advised to not go to local stores in the early morning when people have just opened their shops.

Although shops in big shopping malls don’t hold these beliefs, some small and local shops do carry this belief, even in major cities with many tourists. Thus, if you just want to browse around, it’s best to do it in the afternoon when shops already have a few visitors earlier in the day.

Don’t call someone over with your index finger

Calling someone over with your index finger is considered to be rude by many local Vietnamese. They believe that this action is an attempt to taunt them and is extremely disrespectful. In some scenarios, disrespectful actions like this can lead to a brawl. To call someone over in Vietnam, it’s safer to wave them over. Even better, you can say “Anh/Chị ơi” to call someone over. It simple means “Hey you” with “anh” for men and “chị” for women. This is considered a clearer and more polite form of communication as people can easily acknowledge you.

Ask before taking pictures of locals

Vietnam attracts many travelers with its rich culture, street food, and hospitality. Thus, it’s common to have your camera with you to capture these moments or to work on your street photography. However, as tourism grows in Vietnam, many visitors are capturing the same frames over time. Some common frames include vendors in Ben Thanh market or street galleries at the entrance of old apartment building such as the one in Dong Khoi or Ly Tu Trong street.  This can become frustrating for locals since they’re still trying to run their daily businesses. Hence, it won’t hurt anyone to ask before taking pictures of locals so that both parties can be comfortable in the situation.

Another advantage of asking is that you learn whether they’ll charge you for the picture or not. In major cities such as Saigon and Hanoi, many vendors start to ask for a small fee for photographs as the demands for them slowly increases. The most common stalls that do this are the coconut vendors around District 1 in Saigon. Many street coconut vendors near the Independence Palace ask for money if you’re taking pictures of them or with their stall. In general, it’s good etiquette and practice to keep in mind when traveling to other countries.