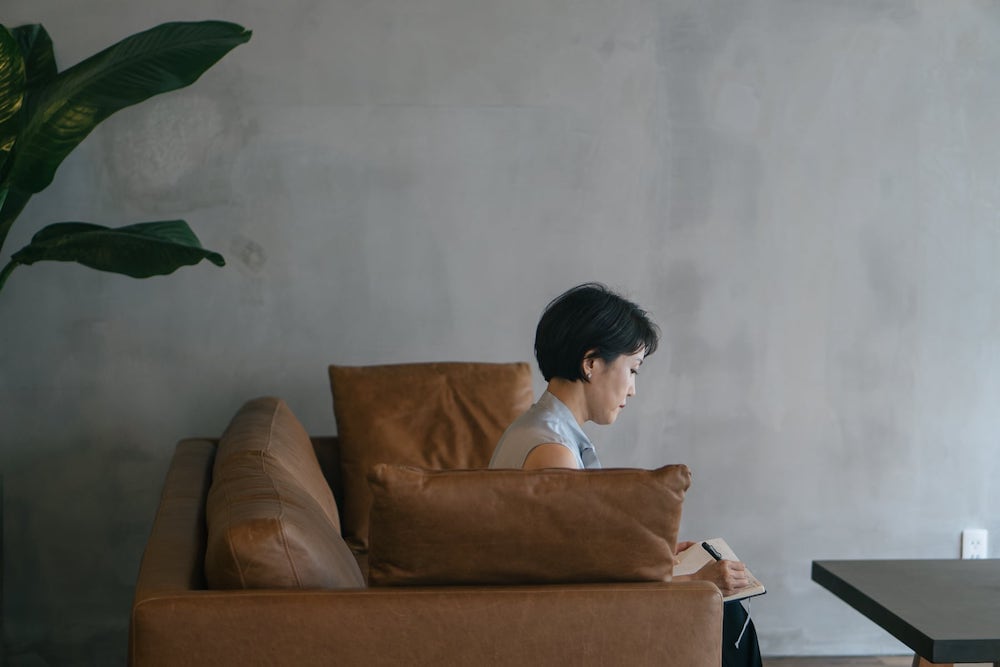 Even before it opened, the shared working space Publik Office had collaboration at its core. The Korean-backed concept had Japanese architect Sanuki Daisuke, a local construction team, Gia An, and Vietnam-based branding and creative studio, Rice Creative, all involved in its development.

The finished space, at 38A Nguyễn Thị Diệu, draws upon ideas taken from design-conscious co-working spaces in Berlin—where the team went for a research trip—and features an “origami” steel frontage, three floors of warm, dark woods and leather furniture, concrete walls, elegant lines of strip lighting, shared areas, private offices and seminar and meeting rooms. And it was the idea of Daewon’s Kyung-eun Lee, the project’s founder.

The Korean company started in textiles for the domestic and international markets. When the country’s stalled economy regained momentum in the mid-1980s and exploded towards the end of the decade after the 1988 Seoul Olympics, Daewon shifted their focus to building apartment blocks in the satellite commuter cities that sprung up around the capital, Seoul.

Their trajectory in Vietnam followed the same path. First, they moved textile production here in 2001, then they entered the construction industry with two Cantavil projects beginning with Cantavil An Phu in 2005. “Then we had this idea for a space that really encourages interactions between the creative people in it, and that acts as a platform for small and medium-sized businesses to connect with investors like Daewon,” Kyung-eun Lee begins as we take a seat across from her at Publik Office’s reception.

Can you tell us more about your original concept for this project? How did that original idea develop into what has become Publik Office?

The original concept was to create a platform where we could connect Vietnamese and Korean business people. Daewon already invests in a number of small businesses here, so we also wanted a space that could become a focal-point for those relationships.

That became the idea for a hotel with a combined coworking space. We had the location, the name—which was “Be-At”—the design, and the branding all ready but it never happened. I still feel very emotional when I pass the space where we would have constructed “Be-At” on Nam Ky Khoi Nghia.

We decided to focus in on the idea of a coworking space. And that became this shared space that’s called Publik Office.

What did you learn from the research phase before opening Publik Office when you visited co-working spaces in Berlin and here in Ho Chi Minh City?

Berlin has a very mature working scene—especially compared to Ho Chi Minh City. Also, the people there are very focused in what they do, but at the same time, they’re very carefree. The coworking spaces there reflect that.

Spaces like ESDIP Berlin stood out. They have a strong community of artists and designers—and they even host creative events like life drawing classes. They also have lots of other niche coworking spaces, such as ones for carpenters. That gives them a very close-knit community and an opportunity to offer very targeted talks and events.

Here in Ho Chi Minh, we felt coworking spaces could be a little cold, with an assortment of unrelated businesses. We decided we wanted to call ours a shared space and to try to appeal to a more focused group of design-minded people to share the space.

Why did you look beyond Daewon’s team for support with the architectural design and branding of Publik Office?

It was a very unusual step. We always work internally with the Daewon team. However, as this project is a shared space, it made sense to begin with the same collaborative mindset—and that’s why we began working with Sanuki Daisuke and his company SDA, and Rice Creative.

During our initial meetings, both companies were extremely busy and perhaps unconvinced by the idea of developing a coworking space with us. However, when I explained our concept was to foreground the people in the space and to create a design-conscious building that appeals to creatives, they wanted to be involved.

Were there any challenges in the completion of this project?

This was a renovation project, so there were a number of structural challenges. Added to that the construction company was relatively inexperienced, and so Sanuki, who is very precise in his approach, spent time to explain his ideas in detail and to support their construction of the building. I think they benefited from the experience—and it was the first example of collaboration in this building. This collaborative spirit is what we want to continue to be about.

Which is your favorite part of the finished shared working space? And how do you feel about the branding and design?

I like it all. But I especially like the steel frontage created by Sanuki Daisuke, and the way it reflects the city and catches the light differently at different times of the day.

I also like the way the circular reception desk presents an unthreatening welcome to guests—it’s almost like a breakfast bar. Then there are features like the underlit meeting room table which you can draw on, an idea we borrowed from the Rice office. And the ground floor library and meeting room has some of my favorite magazines and books about art and design in it.

I also like the way each of the three floors has its own identity while also feeling connected by the open staircase and features like the strips of lights that reflect the branding, and that connect the ground and first floors.

For the branding, Rice Creative connected to our idea of foregrounding people and interactions. They came up with the idea of “boldly occupying the space.” With the website and logo, you can see that the underlining or underbar beneath the name Publik Office morphs and takes on different shapes and sizes which reflects how people will inhabit this Publik Office.

What is the future of Publik Office?

We want to have more than one. However, we aren’t in any hurry. For now, we want to focus on fostering a really strong, vibrant community at this location.

We also want to use the space as a meeting point between international business people including the Korean community, where we can share our knowledge gleaned from over 17 years working in Vietnam to help new businesses grow. I’d also like to have exhibitions by young Vietnamese and Korean artists and some Vietnamese-Korean music events…but that’s just for me.