The Best Stops Along The Ho Chi Minh Highway | Vietcetera

The Best Stops Along The Ho Chi Minh Highway

Vietnam is becoming a more popular international tourism destination every year, but the vast majority of visitors likely stick to the well-worn trail of coastal cities in between Hanoi and Saigon. Everyone knows Mui Ne, Nha Trang, Hoi An and Hue, while Ha Long Bay also makes an appearance on most itineraries.

Inland destinations such as Da Lat and Sapa are widely known, but they are two of the few non-coastal locations regularly mentioned in guides and online rankings.

This is a shame, as Vietnam’s mountainous interior is stunning. It acts as a great antidote to the heavily developed, at times overcrowded, coastline, and there are less-visited towns and cities worthy of attention. Some of these places are ideal for just a day a day or two, while others offer plenty to see and do. The Ho Chi Minh Highway, an incredible road that is far more enjoyable than parallel Highway 1, connects these spots.

From north to south, below are a few such destinations.

This town in Ha Tinh Province sits on a spur off the Ho Chi Minh Highway among the low hills that lead into Vietnam’s central mountains. There aren’t many entertainment options in Huong Khe, but that’s the idea. 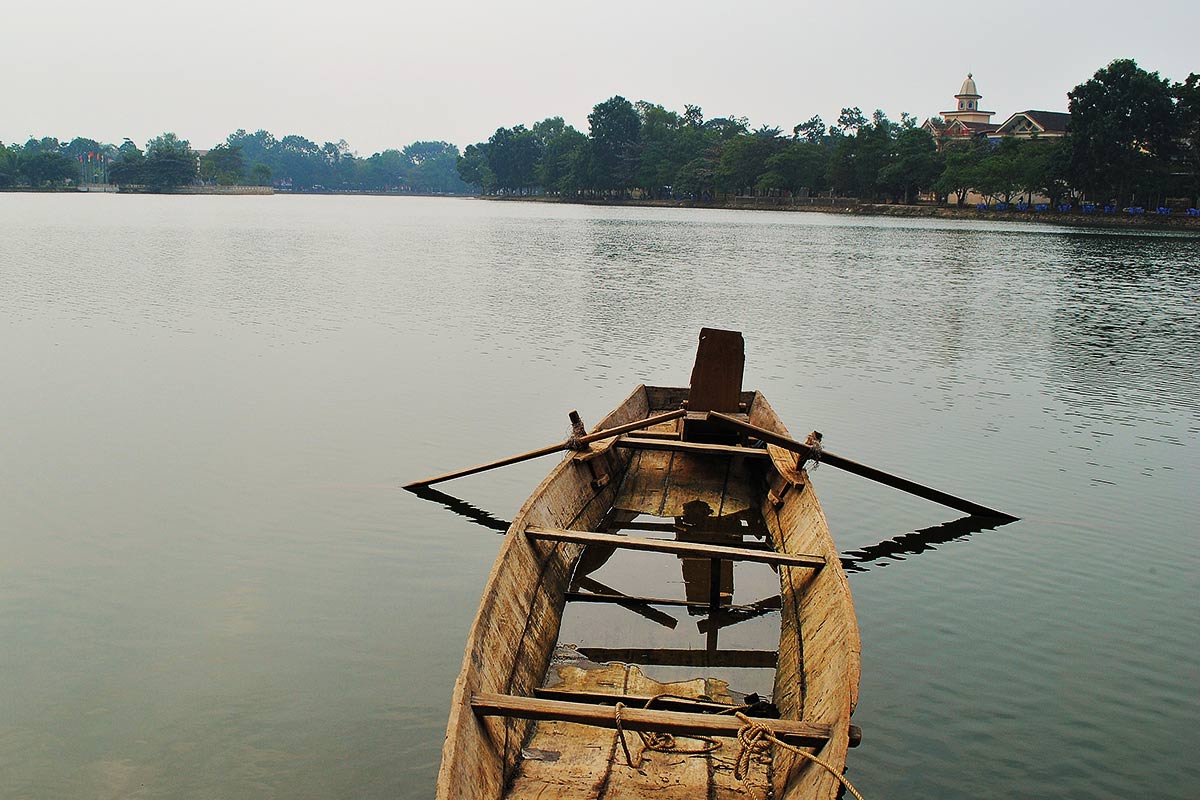 Traveling in Vietnam can be hectic at times, and every now and then it’s nice to slow things down for a bit. A large lake in the center of town offers a calm setting where visitors can grab a chair at a makeshift bar and enjoy a few beers with locals.

There’s actually a pretty nice (by rural Vietnam standards) hotel in Huong Khe – the three-star (so they say) Duc Tai, which offers laundry service and comfortable rooms – perfect for anyone undertaking a long motorbike drive down the highway.

Phong Nha, located in Quang Binh Province, is the epicenter of Vietnam’s cave tourism industry thanks to its proximity to Phong Nha-Khe Bang National Park. Home to Son Doong and Hang En, the largest and third-largest caves in the world, respectively, the park has been featured by the likes of CNN, National Geographic and The Guardian in recent years.

The caves are must-see natural wonders, but they are also expensive to visit. Fortunately for anyone on a budget, the area around Phong Nha serves up other great attractions that are easily reached by motorbike. Just make sure your rented bike has functioning brakes, as this region features steep downhills. 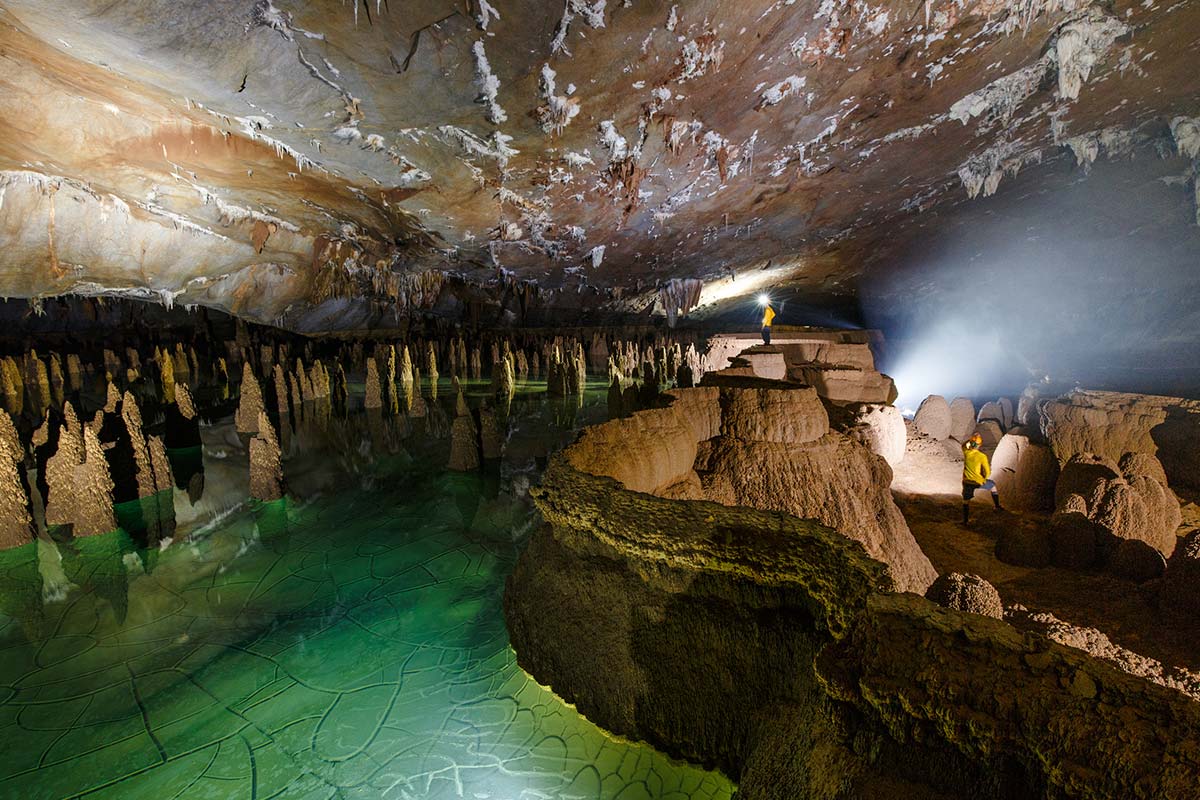 The town itself is pleasant, though increasingly busy, and there are several restaurants and bars aimed at international guests. Outside of Phong Nha, pastoral scenes of rice paddies, farms and limestone karsts abound.

Two unique nearby bars come highly recommended: Bomb Crater Bar in the village of Cu Lac is an idyllic riverside plot nestled between two huge bomb craters left over from the war. The proprietors are two extremely knowledgeable Australians who have lived in Phong Nha for years.

The wonderfully named Pub With Cold Beer is also in the area, but be warned that if it has rained it’s quite difficult to get to as there are no paved roads.

If you’d rather stick to the asphalt, doing a loop of road DT20 through Phong Nha to the Ho Chi Minh Highway West and north to the junction with the Ho Chi Minh Highway East is an incredible two-hour drive. You’ll be able to see some of the pristine jungle of the national park along the nearly empty highway, and you can also stop at Paradise Cave, easily accessible thanks to a walkway, along the way.

Well to the south, in Quang Nam Province, Kham Duc is another pleasant rest stop on the Ho Chi Minh Highway. A reservoir greets you on the left just as you enter town, and the wooden restaurant on its banks serves up fantastic family-style food next to the water. 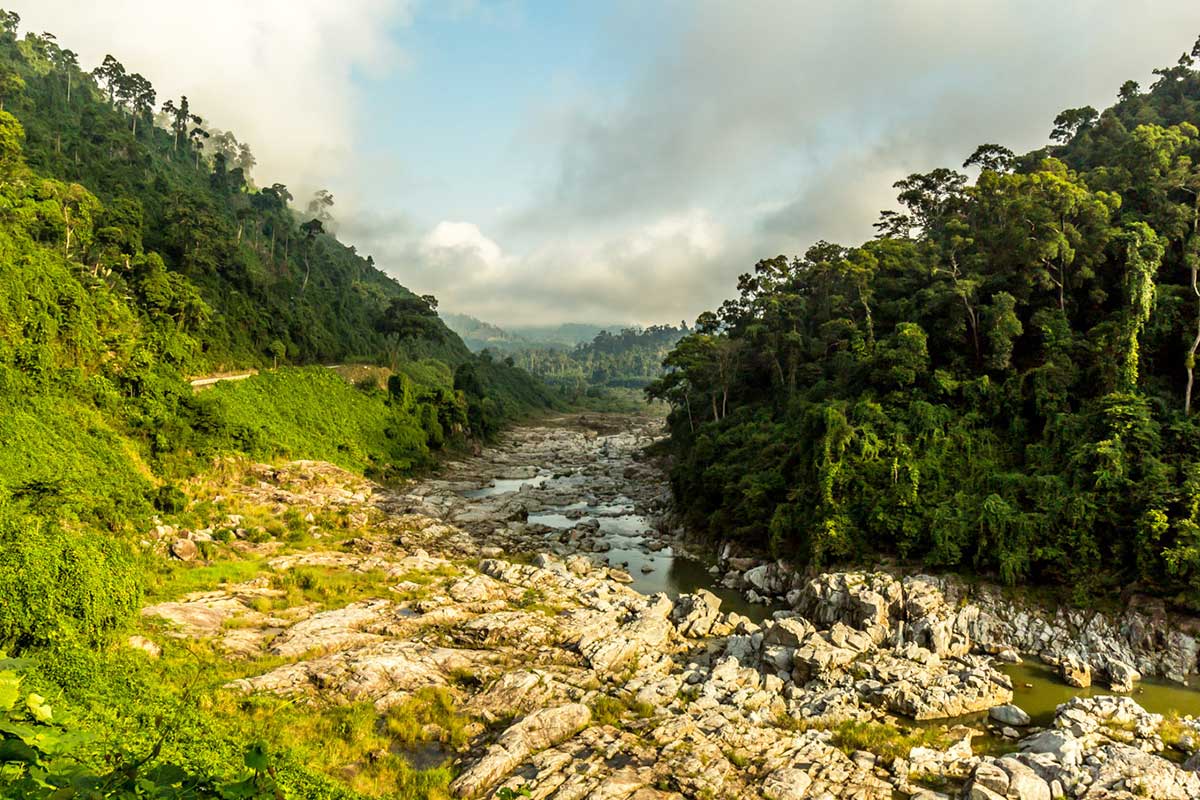 It can get awfully hot in this part of the country, and there are few things better than hanging out in the shade with good food and cold beer. You can even take a swim if you want. There is also a waterfall on the highway about 15 miles north of town that you can walk down to from the road.

As an added bonus, Kham Duc features a very nice hotel called the Be Chau Giang, which caters to Easy Rider tours and anyone motorbiking down the country. Expect comfortable rooms, laundry and a great breakfast of bo ne. The highest mountain pass in southern Vietnam is just below Kham Duc, so it’s a great place to rest up for the steep drive.

Kon Tum is actually a fairly sizeable city in the Central Highlands, but there’s a good chance most people haven’t heard of it. The southern edge of the city borders a river and is home to several decent hotels, some great food and a few attractions worth checking out.

One is the Kon Tum Museum, which hosts artifacts and other items from the numerous ethnic minority groups which live in the region. The museum isn’t spectacular, but it offers good insight into cultures that aren’t very visible. The lovely Tan Huong Church, located a few blocks away, deserves a visit as well.

The highlight of any visit to Kon Tum, however, is a stop (or several) at Quan An Tay Do, which serves up what may very well be the best bun thit nuong in Vietnam. That is very lofty praise, but it’s deserved. No trip to the city is complete without a meal at this restaurant.

There are numerous other worthwhile locations along the superb Ho Chi Minh Highway, but the above four will certainly make any drive even more memorable.